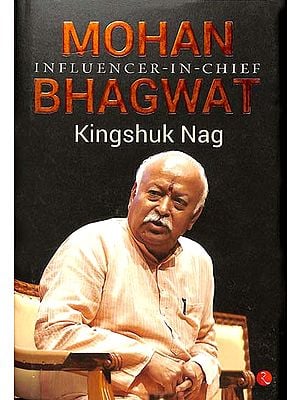 With the BJP in power at the Centre since 2014 there is growing interest in the RSS, which is perceived as the power behind the throne. Is this true? How much does the RSS influence the government of the day? How does it use this influence? Is policymaking in the government dependent on the diktats of the RSS or is the reverse correct? More importantly, what role did RSS Sarsanghchalak Mohan Bhagwat play in bringing the BJP and Narendra Modi to power? With the 201 9 election not too far away, what is the critical thinking in the upper echelons of the Sangh? How does it propose to forge an alliance that will propel the saffron party to power again?

Mohan Bhagwat: Influencer-in-Chief looks incisively at the Sangh—its world view, its methods, the manner in which it functions, and how it has moulded popular thinking in India. It focuses on Mohan Bhagwat the man and his strategies, trying to understand what propels him to action and how the influence of the Sangh is spread across the nation.

Rich in detail and insight, this is a must-read for those interested in contemporary India and its future.

Kingshuk Nag, presently the Editor of The Finapolis, an e-weekly targeted at investors, is among India's leading political and business journalists. Nag served for 24 years at The Times of India holding senior editorial positions. A non-fiction writer, he has written on Narendra Modi, Atal Bihari Vajpayee, Subhas Chandra Bose, the BJP, Vijay Mallya and the Kingfisher scam, and Ramalinga Raju and the Satyam scam.

This is his eighth book.

`Rahul Gandhi should seek the blessings of Mohan Bhagwat to win Elections 2019; said a Facebook post a day after former President Pranab Mukherjee visited the headquarters of the Rashtriya Swayamsevak Sangh (RSS) in Nagpur in June 2018. The post may have been put up in jest, but it intrinsically reflects a new reality—times are changing and in these changing times, the RSS is a very important player in the landscape of India, or Bharat, as the organization refers to the country. The First Republic—the dispensation—that came into existence after Independence is slowly withering away and giving way to a Second Republic. What the exact nature of this Second Republic will be, nobody knows for sure, although the Constitution of India will remain intact. But one thing is for sure—the RSS will have a dominant voice in determining the contours of this new dispensation. Though he may not have explicitly stated so, Mukherjee also realizes that change is inevitable and probably in recognition of this he agreed to deliver an address from the RSS platform.

The Sangh believes that Bharat is an ancient nation and was not created in 1947 after India became independent and adopted a Constitution in 1950. Bhagwat says that the 'idea of Bharat is based on unity in diversity' and on a 'history of tolerance and accommodation: He stated at the Nagpur meeting—in the presence of Mukherjee—that this diversity has its roots in common values, which over the centuries have been shaped by a common heritage and ethos. To showcase the RSS's multicultural credentials, on the stage, along with Mukherjee and Bhagwat, was a Sikh. Gajendra Singh Sandhu is the prant sanghchalak for Uttarakhand—one of the 42 prant sanghchalaks in the country. He was there as the sarvadhikari (in-charge) of the third-year officers' training camp (Tritiya Varsha Sangh Shiksha Varg). Mukherjee had gone to Nagpur for this camp's passing out ceremony. He, in fact, succinctly expressed what the Sangh has been saying. The former president said that 'India was a state long before the concept of European nation states' evolved in the seventeenth century, based on the `model of a defined territory, a single language, shared religion and a common enemy: On the other hand, Indian nationalism emanated from 'universalism', arising from 122 languages, 1,600 dialects and seven major religions practised today by 1.3 billion citizens. India is a distinct cultural unit with a common history, literature and civilization.

Quoting British civil servant and historian of the nineteenth century Vincent Smith, Mukherjee said, 'India beyond all doubt possesses a deep underlying fundamental unity, far more profound than that produced either by geographical isolation or by political superiority. The unity transcends the innumerable diversity of blood, colour, language, dress, manners and sect.’

In the same vein, a senior Sangh ideologue, the 95-year-old M.G. Vaidya, says, 'Bharat has a Prana Tatva, a life force that is flowing through centuries, which binds it and we must recognize this: The Sangh's sah sarkaryavah, Manmohan Vaidya, says that in this context it is time we have a Tharatiya avatarana of Bharat: This, in other words, means that we must have an Indian conception of India. Sadly, what we have is a conception of Bharat that is western in construct, says the joint secretary in a conversation with the author.

Even as the Sangh works on this Bharatiya avatarana of Bharat; there is virulent opposition to the RSS from 'status quo' forces—those who have benefitted from the First Republic. Seven decades after the incident, the RSS is still charged with the 'assassination of the Father of the Nation, Mahatma Gandhi: even though investigations in the aftermath of the killing proved otherwise. 'It is like Goebbels, the lie is repeated so often and with so much virulence with a design to affect our credibility; a senior RSS pracharak told the author.

TOWARDS A HINDU RASHTRA?

A Man on a Mission

The BJP coasted to power in 2014 only because of the RSS and if it does win in 2019, that too, will be because of the RSS. In other words, to a substantial measure, Modi’s future is in Bhagwat?s hands. Though things might be different in 2019, Modi was not Bhagwat?s ?rst choice for the 2014 elections. Modi was promoted as the B]P?s prime?ministerial candidate by the RSS only after the realization that he was the only man in the party who could possibly lead them to victory. Before the 2014 elections, the RSS seriously doubted that the BJP would win a clear victory but the performance exceeded their most optimistic expectations. The hard work put in by Modi?addressing up to five election meetings a day across the country?cannot be underestimated, neither the novel innovative strategies devised by him to net votes. But the fact of the matter is that the RSS provided crucial infrastructural supportin terms of the ground army to Modi and other BIP Candidates. In the run-up to the elections and since 2010 there have been huge crossovers of RSS members to the BIP. Their role in ensuring a Modi victory can never be overstated. If it was a do or die battle for Modi, it was the same for Bhagwat. The reasons, however, were different.

For Modi, it would be the crowning glory of his political career and ambitions, but for Bhagwat it was a necessary (but not sufficient) condition to create a Hindu Rashtra. If the BJP was not in power there would not be even a whiff of a chance of Bhagwat creating a Hindu Rashtra. For Bhagwat, everybody living in India (or Bharat, as he says) is a Hindu. By Hindu he does not mean merely those who practise the Sanatan Dharma, but also those who believe in Islam, Christianity, Buddhism, Sikhism, Jainism or any other faith like Lingayatism. One can be a Hindu by believing in Bharat and Bharat Mata. He avers that there is no religion called Hinduism. ?Hindu? comprises a commonwealth of many religions. By Hindu Rashtra, Bhagwat means a country that is rooted in the values of Bharat. This is the name that Bhagwat prefers to call India by.

Centuries of foreign domination and the education system unleashed by Thomas Babington Macaulay have changed the process of thinking in India. The elite today believe in Western values that are alien to the country. The RSS wants to change the idea oflndia and is quite unapologetic about this. Of course, this is exactly what the liberals are arguing against, alleging that all Nehruvian ideas are sought to be destroyed. The RSS believes that Nehru was a good man, but his ideas were rooted in what he had learnt in Western Europe. Bharat’s values are different and these should be brought to the fore to realize the true potential of the country. Bharat can then become a Vishwa Guru, a leader that all countries look up to for guidance. It should become a spiritual leader and not necessarily a military superpower.

Bharat is a strong country with a powerful ethical base. It is essentially a secular country and that is the reason why the fathers of the Indian Constitution did not specifically mention the word ?secular? in the Constitution. They felt that it was too obvious and did not require special mention. But the Constitution was amended during the Emergency to incorporate this. "Ihe irony, according to Bhagwat, is that after inserting the word ?secular? in the Constitution, the powers that be are following the path of appeasement of minorities. Secularism, as it is defined in the West, arose in the Middle Ages out of the struggle for power between the church and the kings. However, the context of Bharat is different. Bhagwat believes that there should be a uniform civil code (like the uniform criminal code) and this alone can bring about equality amongst all citizens. One cannot have different laws for people of different religions and call the country secular. 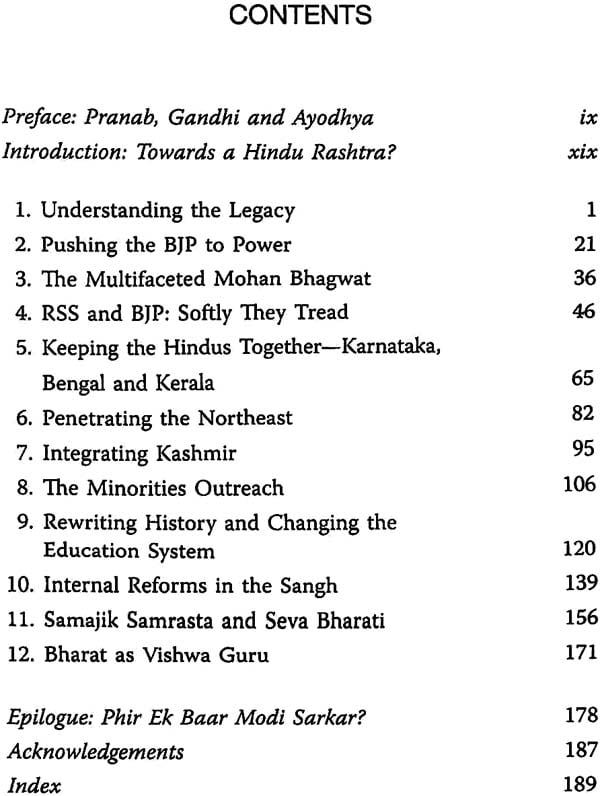 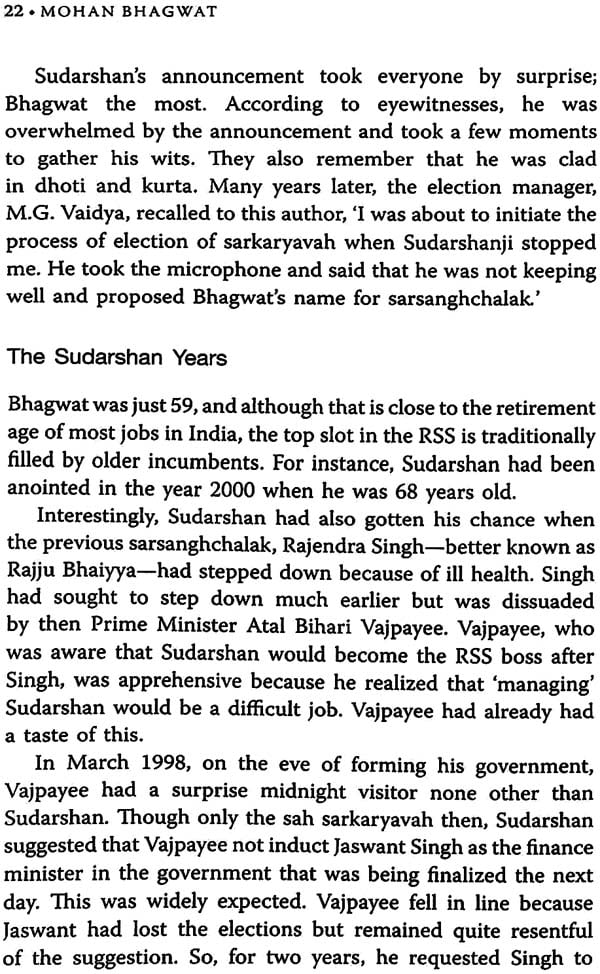 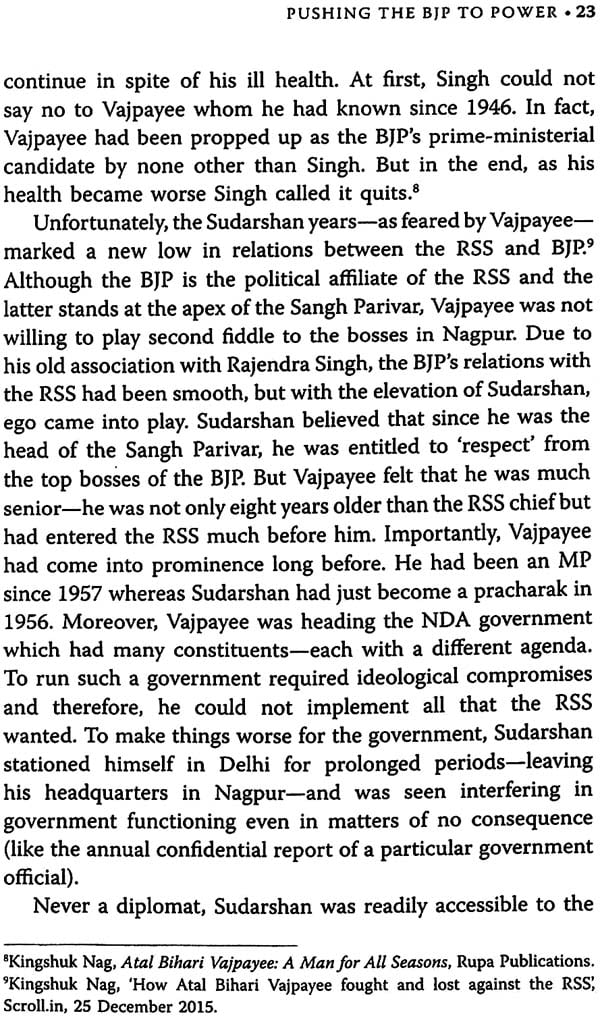 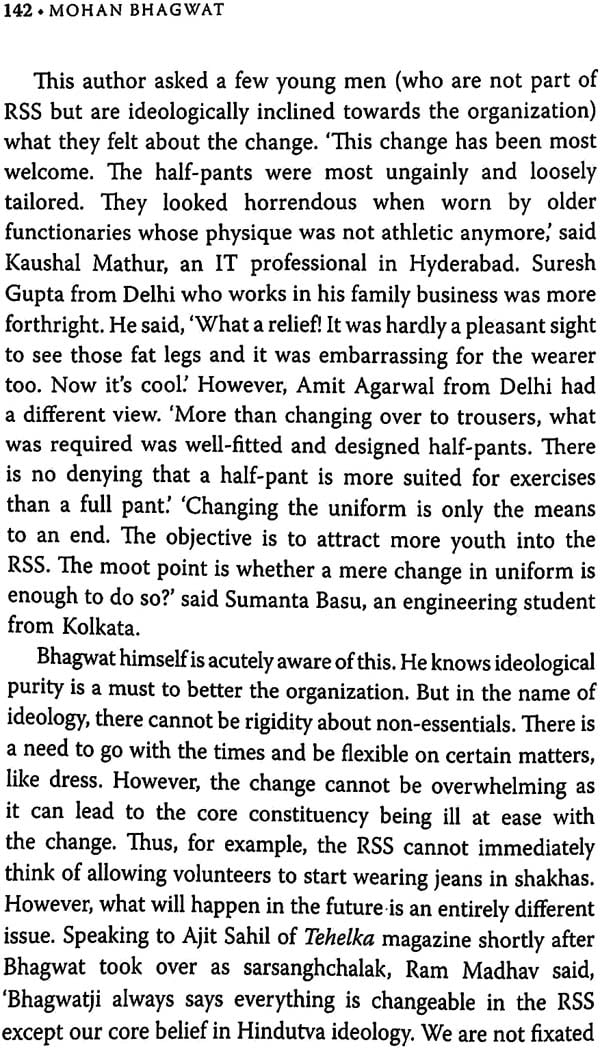 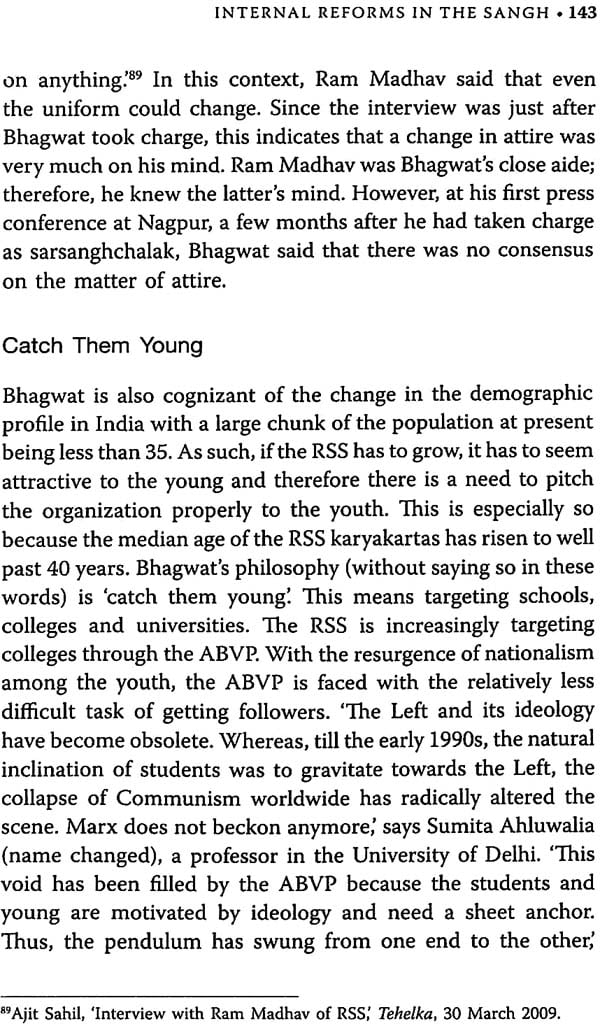 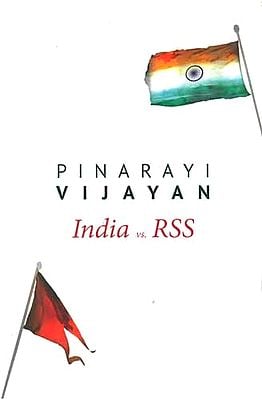 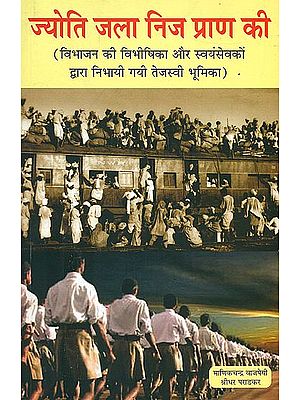 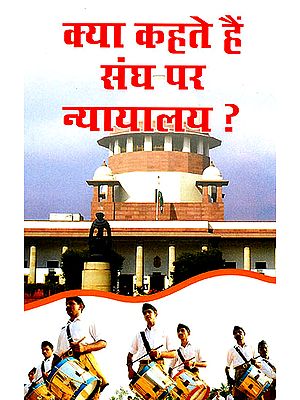 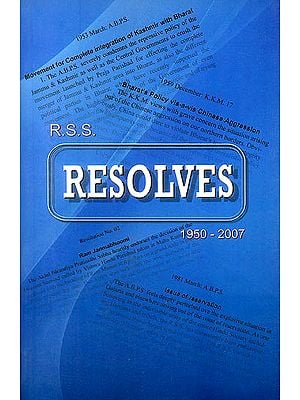 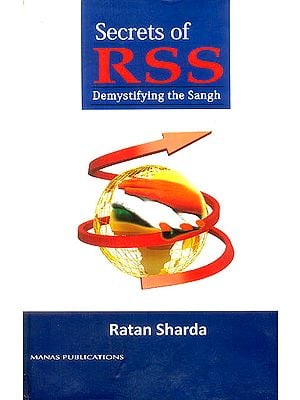 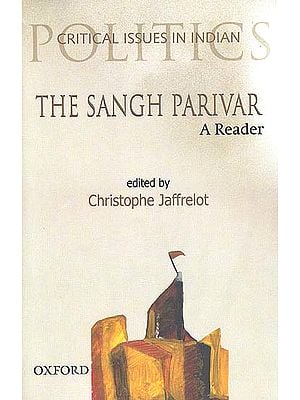 Is Hindu A Dying Race (A Social and Political Perspective of Hindu Reformers of Early 20th Century)
By Rakesh Sinha
$26.40
FREE Delivery
$33  (20% off)