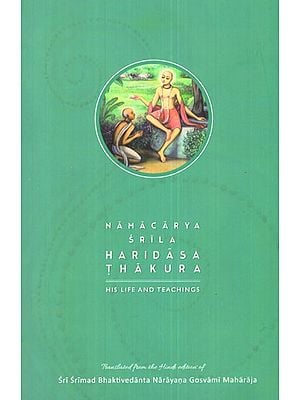 Perfected personalities such as Śrīla Haridāsa Thākura have universally attractive qualities, such as unfathomable purity, kindness, and forgiveness. Devoid of duplicity, hatred, and envy, they hurt to see others suffer and rejoice to see others' happiness.

Perfected personalities such as Śrīla Haridāsa Thākura have universally attractive qualities, such as unfathomable purity, kindness, and forgiveness. Devoid of duplicity, hatred, and envy, they hurt to see others suffer and rejoice to see others' happiness.

The root cause of these and their many other glories is their enraptured chanting of the Supreme Lord's holy name.

India's ancient texts describe that by hearing of such saints and aspiring to emulate their example, we attract not only their mercy but the mercy of the Lord Himself.

The stories in this book are stirring, profound, and delightful. They will endear Śrīla Haridāsa Thākura to the reader, and he to them.

Śrī śrīmad Bhaktivedānta Nārāyaṇa Gosvāmī Mahārāja appeared in 1921, in Bihar, India. At the age of twenty-five, he met his gurudeva, Śrī śrīmad Bhakti Prajñāna Keśava Gosvāmī Mahārāja, who initiated him into the chanting of the mahā-mantra. This mantra is the most powerful combination of God's names, and he relished its purity and sweetness throughout his life. He travelled the globe thirty times between 1996 and 2010, revealing the glories of the mahā-mantra to thousands of sincere seekers.

In this book you now hold, he extols the life of Śrīla Haridāsa Thākura, who attained perfection by chanting this mantra with full purity. The teachings found within guide us along that same path.

On December 29, 2010, in Śrī Jagannātha Puri-dhāma, he concluded his pastimes in this world.

Today, it brings me unlimited joy that by the inspiration and causeless compassion of my most worshipful master, nitya-līlā-pravista oṁ vişnupāda astottara-sata-śrī Śrīmad Bhakti Prajñāna Keśava Gosvāmī Mahārāja, we are presenting to the faithful readers an account of the life and teachings of nāmācārya Śrīla Haridāsa Thākura in Hindi, India's national language. We are doing this solely for the pleasure of śrī gurupāda-padma. Śrīla Haridāsa Thākura is one of the dear associates of Śrī Krsna Caitanya Mahāprabhu, who is endowed with the most radiant and elevated mellow of amorous love that was never previously given, who is the original inaugurator of the congregational chanting of Śrī Krsna's holy name, and who shines brilliantly with the mood and luster of Śrī Rādhā.

The Purpose Of Publishing This Book

The moods of Vraja cannot be attained through regulative devotion (vidhi-bhakti). Moreover, as long as a person has even the slightest desire to please his senses, he remains unqualified for the path of spontaneous attraction (rāga-mārga). What, then, is the duty of a spititual practitioner (sādhaka) who may have developed a greed to obtain the moods of Vraja due to the good fortune resulting from associating with pure devotees, but is unable to cultivate spontaneous devotion, being gripped by vice? In order to attain qualification for rāga-mārga, he should carefully cultivate the foremost means. This foremost means is the chanting of the holy names of the Lord, śrī nāmasankīrtana, the supreme limb of devotion, as exemplified by nāmācārya Haridāsa Thākura, who is the embodiment of following the teaching of Śrīman Mahāprabhu:

Only he who feels lower than a blade of grass, who is more tolerant than a tree, and who expects no honor for himself but is able to give due respect to others is qualified to perpetually chant the holy names of Śrī Hari. 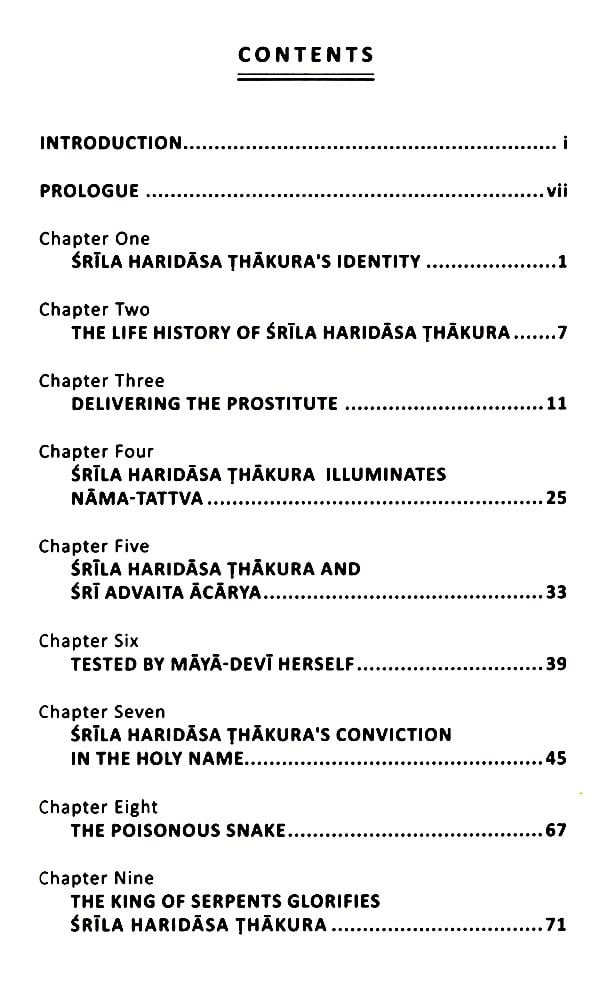 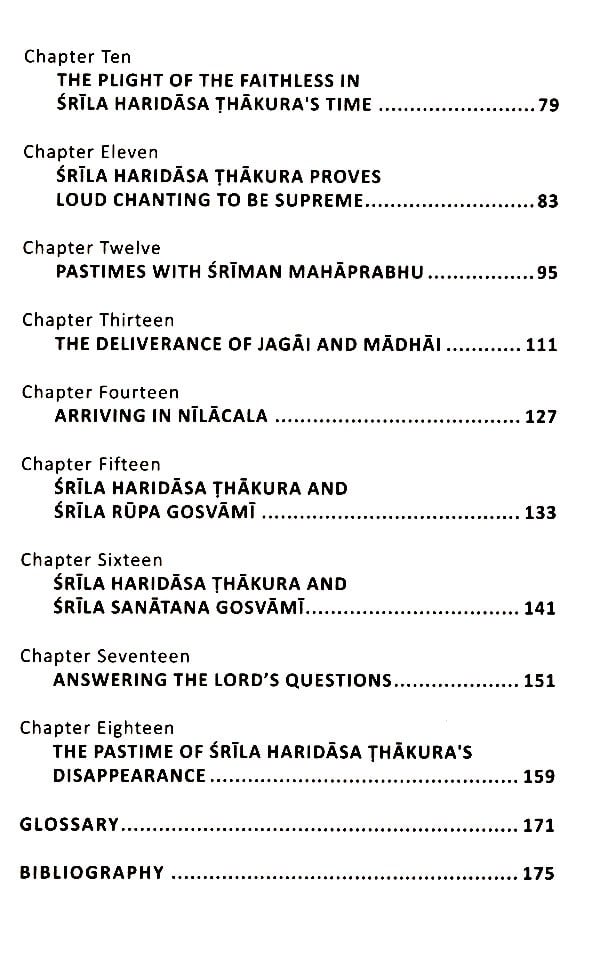 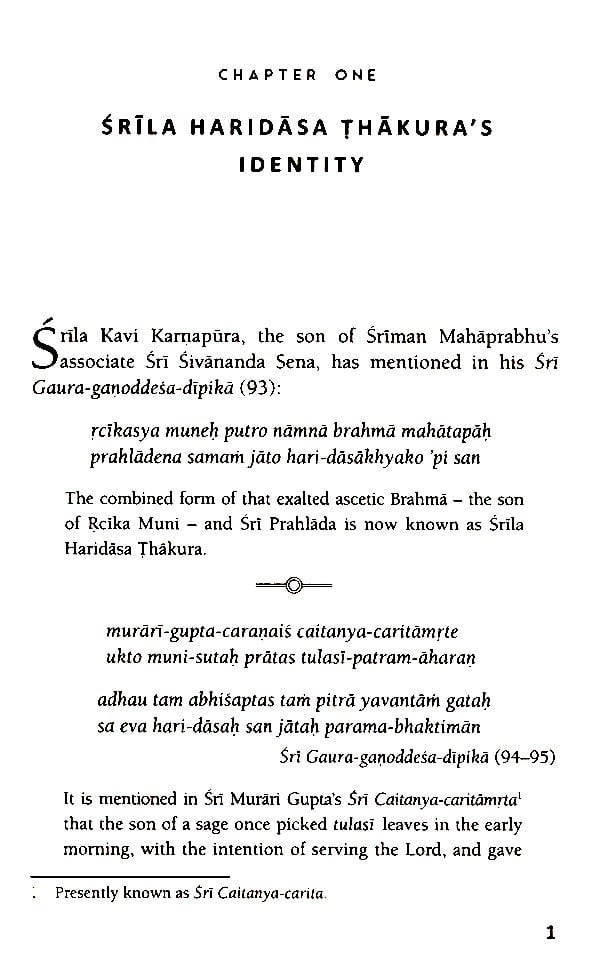 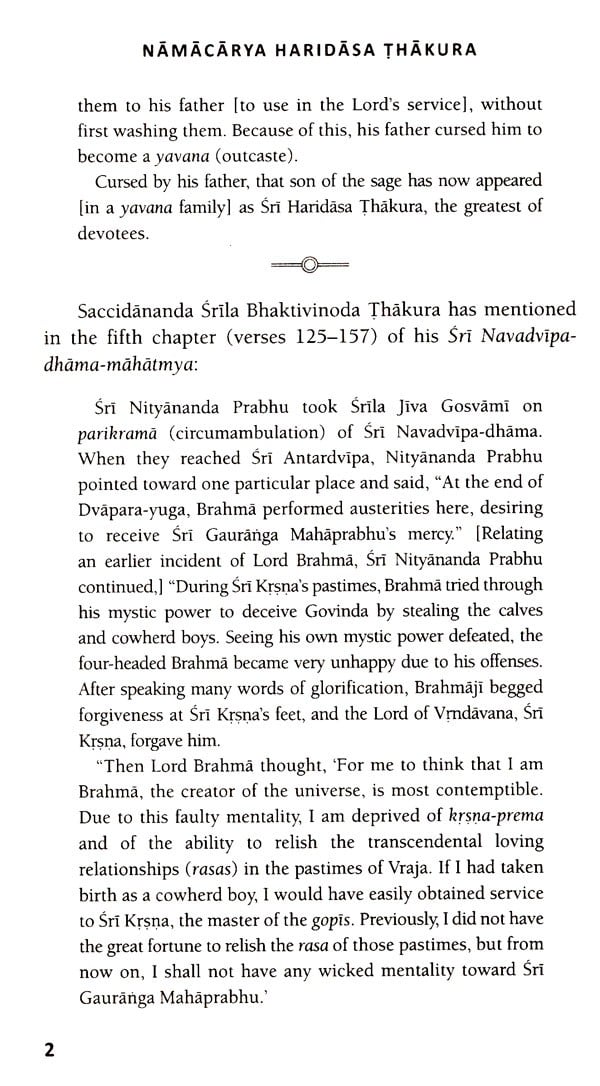 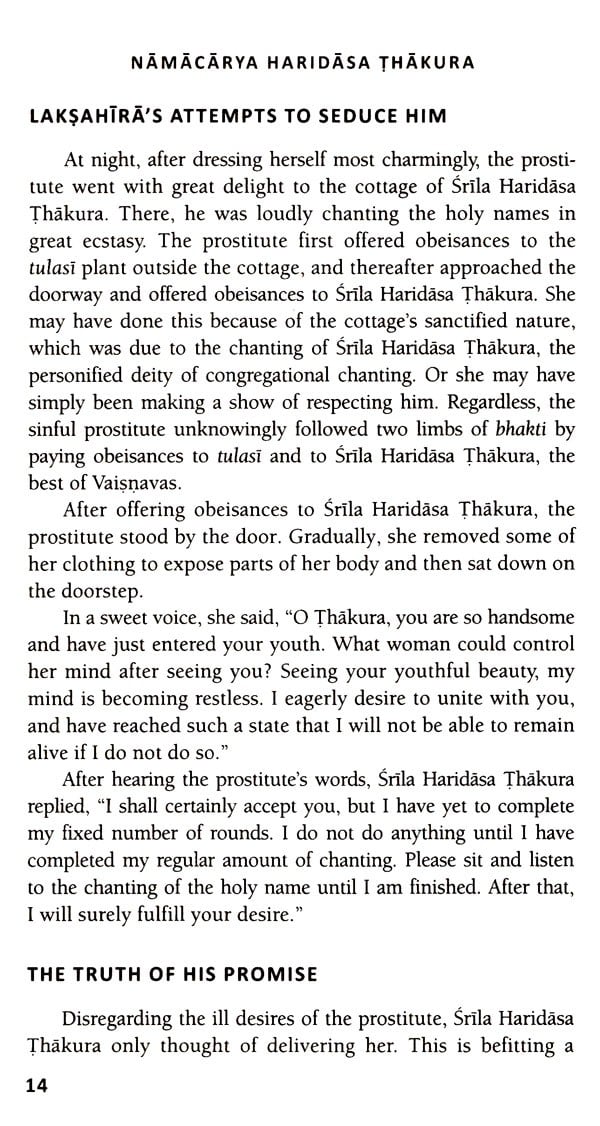 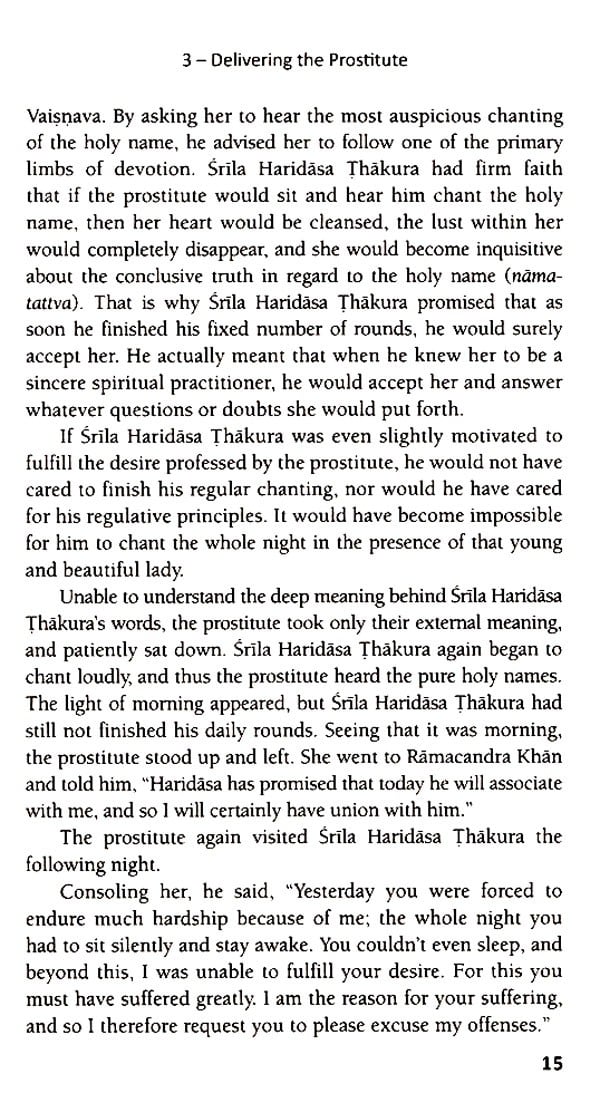 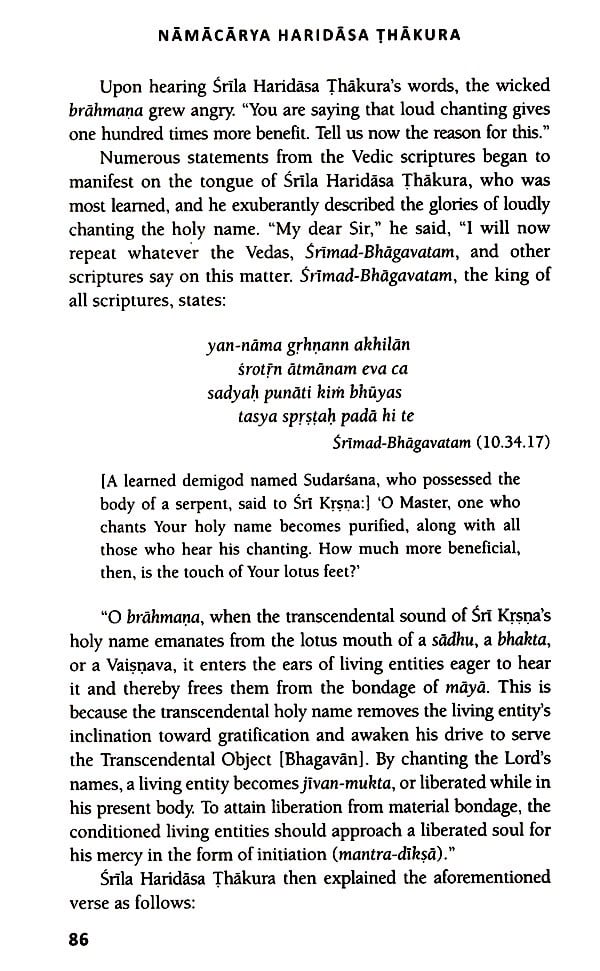 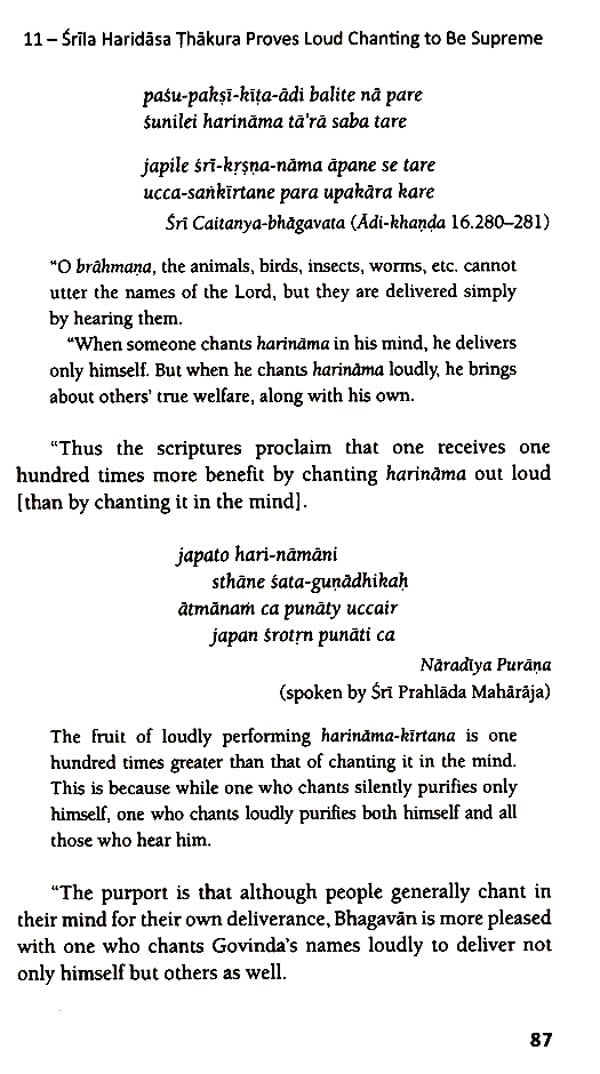 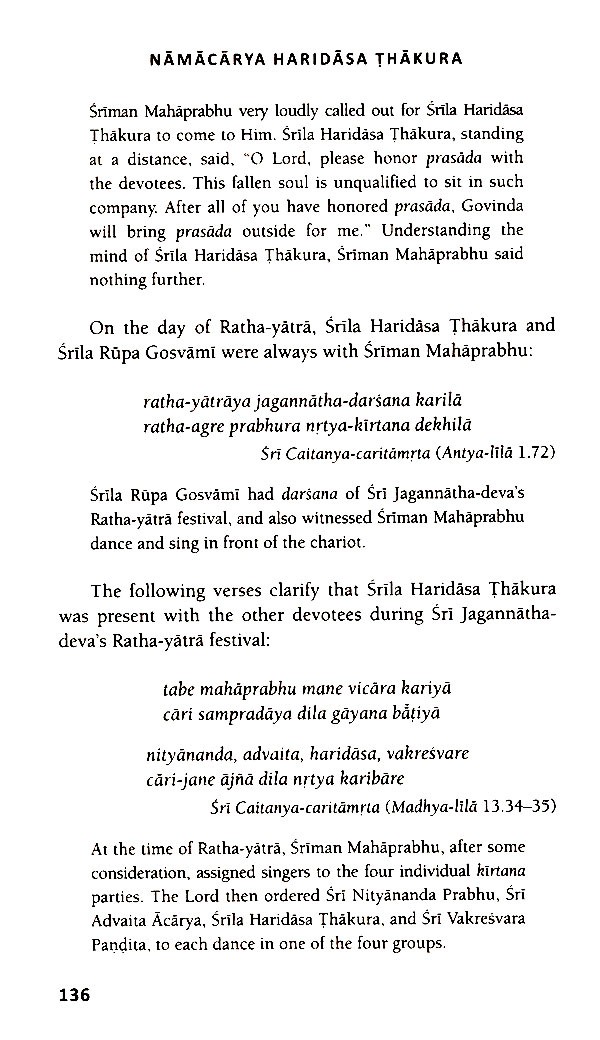 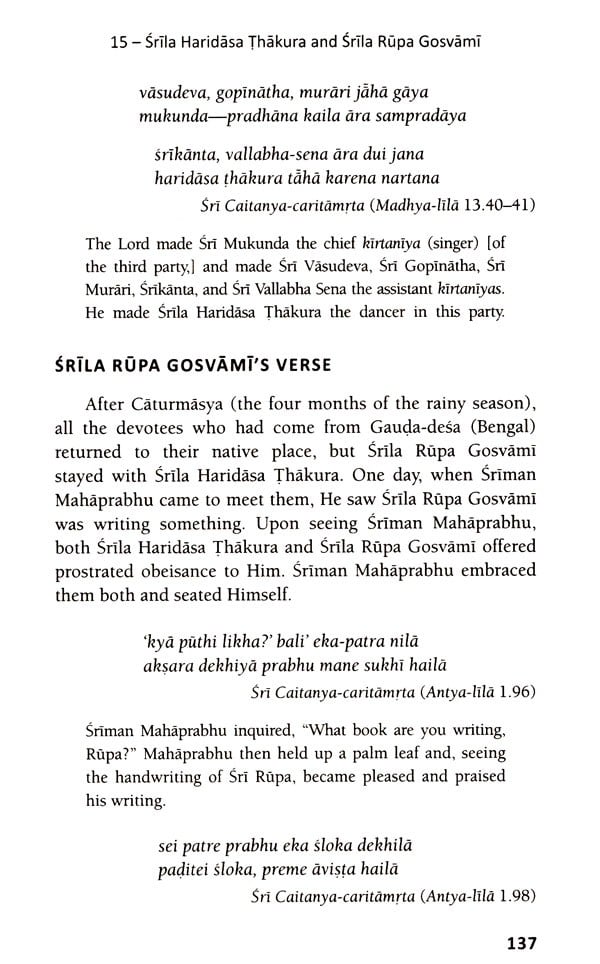