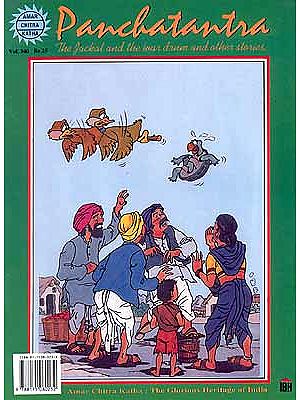 Panchatantra The Jackal and the war drum and other stories

$13.50
Quantity
Ships in 1-3 days
Notify me when this item is available
The original text of the Panchatantra in Sanskrit was probably written about 200 B. C. by a great Hindu scholar, Pandit Vishnu Sharma. But some of the tales themselves must be much older, their origin going back to the period of the Vedas and the Upanishads (1500 B.C. to 500 B. C.). In course of time, travellers took these stories with them to Persia and Arabia and finally, through Greece, they reached Europe. So far the Panchatantra has been translated into 50 or more languages of the world.

It attempts to teach us, how to understand people, how to choose reliable and trustworthy friends, how to meet difficulties and solve problems through tact and wisdom, and how to live in peace and harmony in the face of hypocrisy, deceit and many pitfalls in life.

The Panchatantra is woven round the frame of a tale of a king who entrusts his three dull sons to a learned man, a Brahman called Pandit Vishnu Sharma, to enlighten their minds within six months. The Brahman promises to educate them and takes them to his 'ashrama' (hermitage). There he recites to them his specially composed tales divided into five tantras (literally, five systems) on how to deal with people in life.

Difficult subjects like philosophy, psychology, politics, music, astronomy, human relations, etc. are discussed in the Panchatantra in a simple and yet elegant style. This is exactly what Pandit Vishnu Sharma had in mind (to give knowledge to the prince). 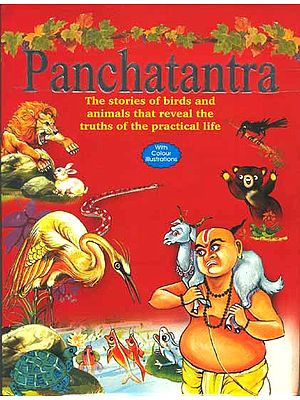 Panchatantra: The Stories of birds and animals that reveal the truths of the practical life
By Kunwar Anil Kumar
$16.50
Out of Stock