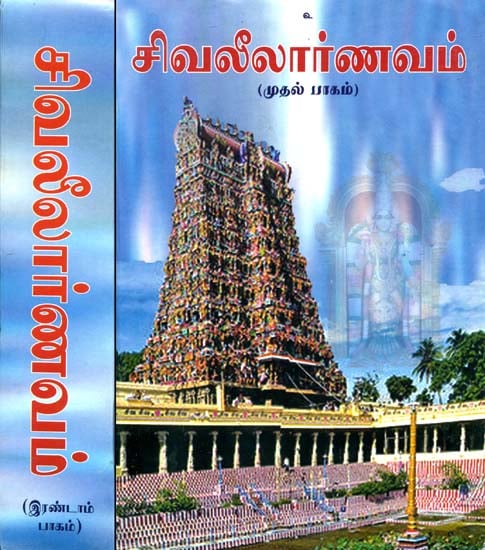 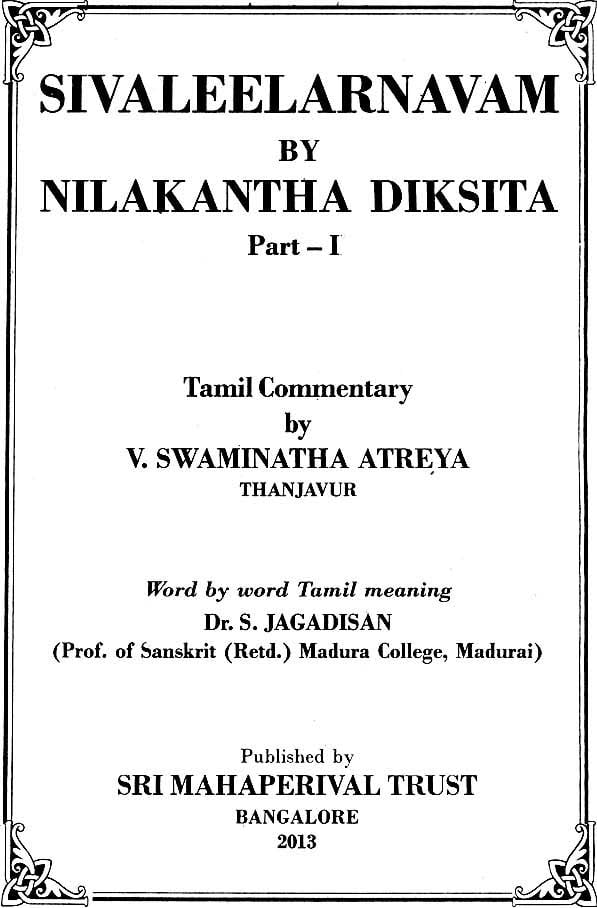 Sivalilarnava ia one of the great Mahakavyas in Sanskrit literature which expounds the sixty four divine sports of Lord Siva who incarnated Himself as Sundara Pandya, the marvellous king of the Pandya Dynasty at Madurai. Nilakantha Diksita wrote this Maha kavya in 22 cantos, in a simple and majestic style depicting the Prasada Guna, described by the Sanskrit rhetoricians, after taking the source from the Halasya Mahatmya, described in the 45th chapter of Skandha Purana.

There are two works in Tamil litrature based on Halasya Mahatmya which depict the sixty four divine sports of Lord Siva - Halasyanata. One work by name Tiruvilayadal Purana is written by saint Paranjoti during sixteeth century and another one bearing the same name, is written by one Puliyur Nambi during the close of Chola period. Of the two, Paranjoti’s work is more popular. Nilakantha Diksita, would have been influnced, to a certain extent, by Paranjoti’s Tiruvilayadal Purana also.

The lilas of the Lord have been described in detail in all the above mentioned three works. Nilakantha Diksita, without deviating from the original source, has described all the sixty four divine sports briefly and crisply. His power of conciseness could be noticed clearly in Sivalilarnava. Having taken twelve and a half cantos to describe the first five lilas, the poet narrates the remaining 59 lilas just in next nine and a half cantos. In the last canto he refers to all the sixty four lilas of the Lord in the form of a praise. The whole of the first canto is a general literary criticism and has nothing to do with the lilas in particular. Here Nilakantha Diksita, speaks in detail, the nature of good and bad poets and also the good literary works. In the beginning he praises the qualities of good poets and later, he comes down heavily upon the bad poets.

The second canto which serves as an introduction to the main theme, describes the Pandya kingdom followed by a brief description of the river Tamraparani and Kadamba vana whet Lord Sundaresvara Himself manifested in the form of Sundaranatha Linga being worshipped by men, divine and semi divine beings

The third canto narrates the first Lila of Lord Siva in which Indra worships the Lord Sundaresvara at Kadamba vana, in order to get relieved from the Brahmahathi sin caused by killing the demon Vritra. Indra kills the demon when the later is in deep meditation. On being chased by this sin due to this treachery Indra hide himself inside the fibre of a lotus stalk. In the absence of Indra, Nahusha, a mortal king, becomes the king of heaven.. Sage Agastya unable to bear his horrible reign, cursed him to become a serpant. Brhaspati, the preceptor of the gods, finds out the place whet Indra is hiding and advisies him to worship Siva, for the complete relief from the sin. Accordingly, Indra starts a pilgrimage t all Siva shrines and finally comes to Nipa vana. (Kadamba vana). There he, very much attracted by the Siva Linga, remains there itself worshipping the Lord for a long time. The divine architect constructs seperate shrines for the Lord and the Goddess at his instruction.. The beautiful Linga is named as Sundaranatha and the Goddess as Minalochani. A golden lotus pond is created to get flowers for the daily worship of the Lord. Indra on being relieve of his sin, through the grace of Lord Sundaresvara, returns to hi abode.

(i) The fourth canto describes the second and the third lilas viz. Iravata’s redumption from the curse of Durvasa and the construction of the holy city Madurai by king Kulasekhara Pandya. Sage Durvasa presents a lotus, the prasada of Mahesvara, to Indra, when he is riding on his elephant lravata. Indra throws it casually over the head of the elephant. The elephant, in turn, hurIes it on the ground and crushes it by its foot. The enraged sage curses Indra that his head would be blown to pieces by the Pandya king and the divine elephant to become an ordinary wild one. Indra begs the sage for pardon and the sage modifies the curse by saying that Indra’s crown would face the said fate and the elephant would regain its status, after 100 years, by worshipping the Lord Sundaresvara at Kadamba vana. Accordingly, the elephant comes to the earth and after wandering in several forests for a long time, reaches Kadamba vana. Worships the Lord and gets back its divine status.

(ii) A merchant by name, Dhananjaya, who happened to stay near Kadamba van a, once on a full-moon night, un expectedly witnesses Indra and other gods, descending on the earth and performing Abhiseka and other Aradanas to Sundaranatha Linga. The merchant, astonished by this sight, reports the matter to king Kulasekhara, the then ruler of the Pandya kingdom. That night the Lord also ordains the king, in his dream, to construct a temple town in the Kadabavana region. Considering himself very much fortunate, the king with the help of the heavenly architect construts a new city. He also construts a beautiful temple for the Lord in the centre of the city. As Indra sprinkled the holy city with the nectar-like celestial water for three days, a heavenly voice proc1aimes the name of the city as ‘Madura’

(iii) The fifth canto deals with the birth of Malayadhvaja Pandya, the son of Kulasekhara, his marriage with Kanchanamala, the princess of Kanchi, his coronation, his lawful administration and his performance of Aswamedha and Putrakamesti sacrifices for the long awaited progeny at the advise of sage Agastya. The sage also predicts that Goddess Parvathi Herself will be incarnate as their daughter.

The sixth canto begins with the preparations for the sacrifices. It is followed by a vivid description of different seasons and a scholarly discussions among the sages assembled there for the sacrifices. At first the Asvamedha sacrifice is performed b Agastya, Asvalayana, Jaimini and Vasistha as officiating priests Later the Putra kameshti sacrifice is performed by Sage Agastya for the sake of the king’s progeny. At the end of the sacrifice, to the amazement of all, a beautiful female child sprang out from the blazing sacred fire. The royal couple receives the child with great delight but becomes worried on seeing the abnormal third breast of the girl. A heavenly voice consoles them saying that the third breast will disappear when she meets her suitable bridegroom. It also requsts the king to name the girl as Tatathaka.

(iv) The first portion of the seventh canto is devoted to a dl scription of the childhood and early education of Tatathaka. When she attaines her youthhood, Malayadhvaja remembering the message of the Lord, performs the coronation of Tatathaka and make her as successor to the Pandya throne. The king dies before he could finalise her marriage. A lawful and flawless administration of Tatathaka follows. The canto ends with a beautiful description of the autumn season encouraging Tatathaka to go for a Digvijay

Cantos eight and nine are fully devoted to describe Tatathaka’s victorious’ conquest of different directions. Tatathaka with the blessings of sage Agastya and the mother Kanchana ma proceeds to conquer the various kings of different directions on an auspicious day. Many kings, on the way, submit to her their offerings of tributes. Canto eight ends with her reaching the holy river Kaveri and her sacred bath along with the accompanying army. The ninth canto narrates her contineous victorious march, and her arrival at the bank of river Ganga near Himalayas. She remains there for along time observing the beauty of the waves of the Ganges, falling from the mountain. After her holy bath, ascending on the snow clad mountain, she passes through the ancient mountains like Hemakuta, Nila, Hiranmaya, Sveta and others. Later she reaches the Northern Kuru country near the northern ocean. Then after offering her salutation to Lord Hayagriva in the Bhadrasva teritory, proceeds further to north, and reaches the river Jambu.

The tenth canto begins with Tatathaka’s advancement to-wards the heavenly region to conquer the gods of the different quarters. Indra, Agni, Yama, Vayu, Varuna and Kubera all together surrender before her. Then, on reaching the city of Pramathanatha, she announces her arrival to Lord Siva through Nandin. Sivaganas led by Nandin appear before her for the fight. The entire force of Siva is defeated and Nandin reports the matter to Lord Siva who himself comes to the battle field. At the very sight of the Lord, the bow of Tatathaka slips from her hand and the third breast also disappears. Taking this opportunity Cupid discharges his arrows on both of them. Tatathaka remains with her face bent downwards due to bashfulness. Lord approches her, lifts her face and promises to take her hand in marriage at Madura. Rembering the blessings of the sage Agastya --karagrahaphala tava jaitrayatra -- (Your victorious march will result in your marriage), She retuns to Madura with full of shyness. 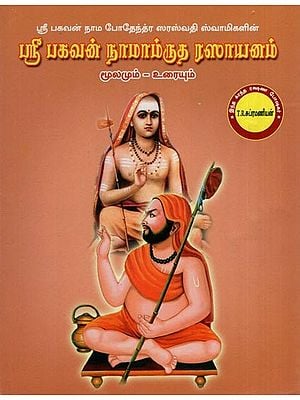 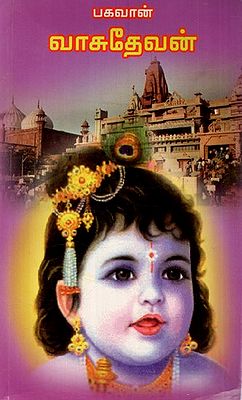 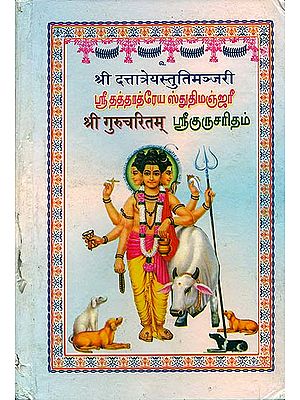 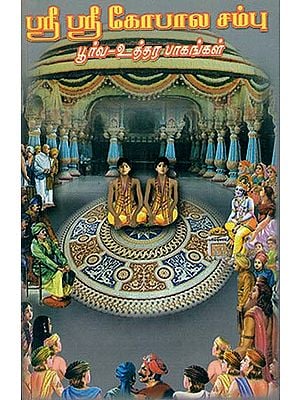 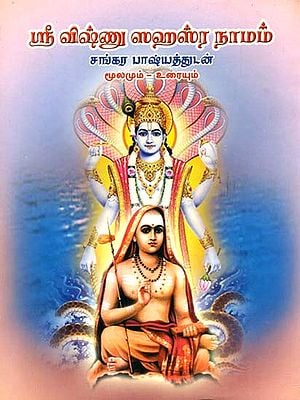 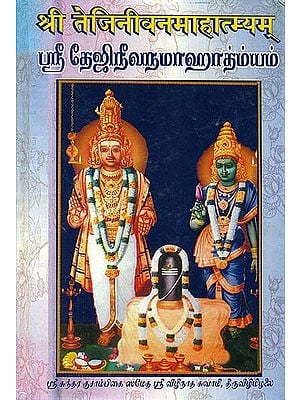 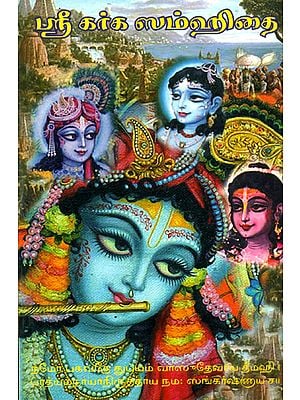 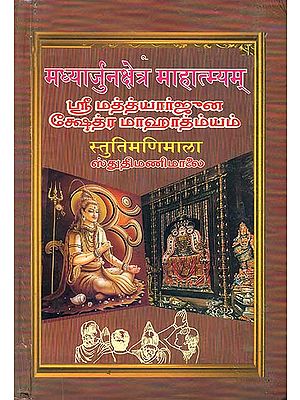 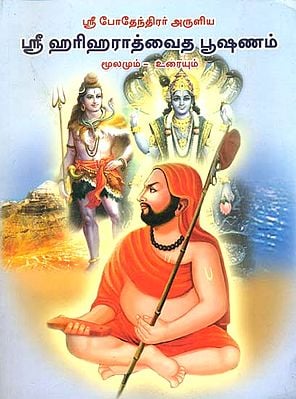 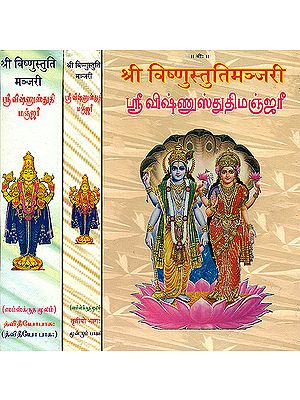 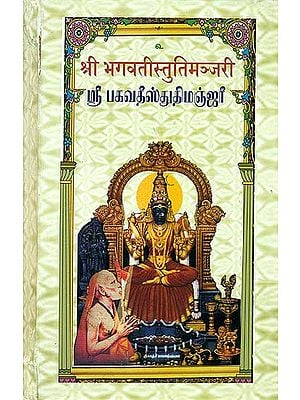 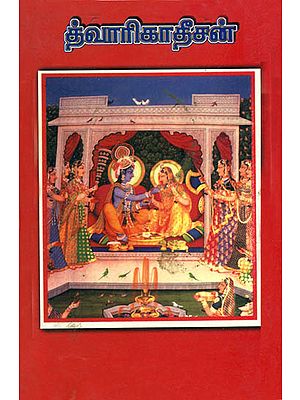 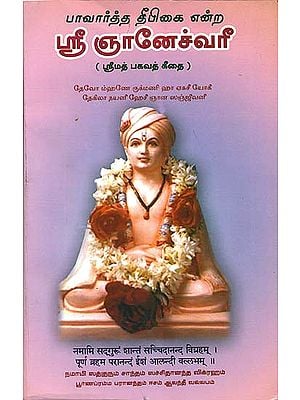 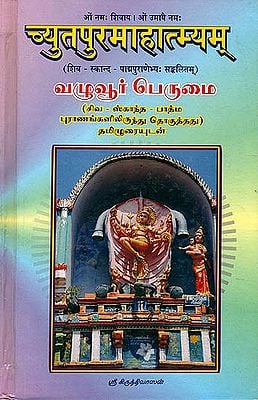