I most humbly prostrate at the lotus feet of my Divine Master Sri Srimad Bhakti Kusum Sraman Goswami Maharaj, Lord Sri Chaitanya Mahaprabhu, and Lord Sri Sri Radha-Krishna and crave for their mercy to enable myself for rendering unalloyed eternal service to Sri Guru and Vaishnavas.

This book is intended to bring to the attention of young readers, a brief introduction of the holy life of Sri Chaitanya Mahaprabhu; the Founder of Gaudiya Vaishnavism and the Redeemer of the people of Kali-Yuga through Krishna Nama Sankirtana. The Divine Incarnation of Sri Chaitanya Mahaprabhu appeared more than 500 years ago as the combined manifestation of Sri Radha and Sri Krishna. During His sojourn of 48 years in this world, He showed His Divine powers to several of His intimate associates. Most of His contemporary biographers and disciples, such as Murari Gupta, Svarup Damodar and Lochandas have recorded His early miracles and Divine powers.

He became an accepted scholar in Sanskrit at an early age of ten. At sixteen or seventeen years of age He got His spiritual initiation from Iswar Puri at Gaya. He embraced Sannyas under the guidance of Sri Kesava Bharati at the age of 24. He visited numerous places in south India up to Capecomorin in two years and returned to Puri. Later He visited Vrindavan, Gaya and Benaras. His last 18 years were spent at Puri. His life there was one of settled love and piety with humility personified. The religion preached by Sri Chaitanya Mahaprabhu is universal and intended for all classes of people without distinction of caste or clan. He is perhaps India's first non-violent fighter against age-old superstition, caste distinctions and other follies of religion. He preached spiritual brotherhood.

I claim no credit. I simply performed the task of a bee that collects honey from fragrant flowers. Publications on Lord Sri Chaitanya by several authors have helped me in preparing this book. To any knowledge this is perhaps the first book on Sri Chaitanya's life illustrations for young readers. I shall be extremely happy if this publication can help young readers to learn to become God-loving, pious and humble citizens.

I am happy to acknowledge the help and valuable suggestions given by Dr. C. M. Lakshmanan, a devotee of Sri Gaudiya Math, Chennai, for several years, in bringing out this publication. Cover page artwork was done by Late Smt. G. Rajamani, who was also a devotee of our Math. Mr. N. Malaiselvan, Graphic Artist, made sincere effort to bring out this publication nicely by making page layout and design. Several illustrations are the photographs of the exhibits at Sri Mayapur Chandrodaya Mandir, I am also thankful to Sri Bhagavathi Offset Works, who printed the book in time and at a concessional rate. 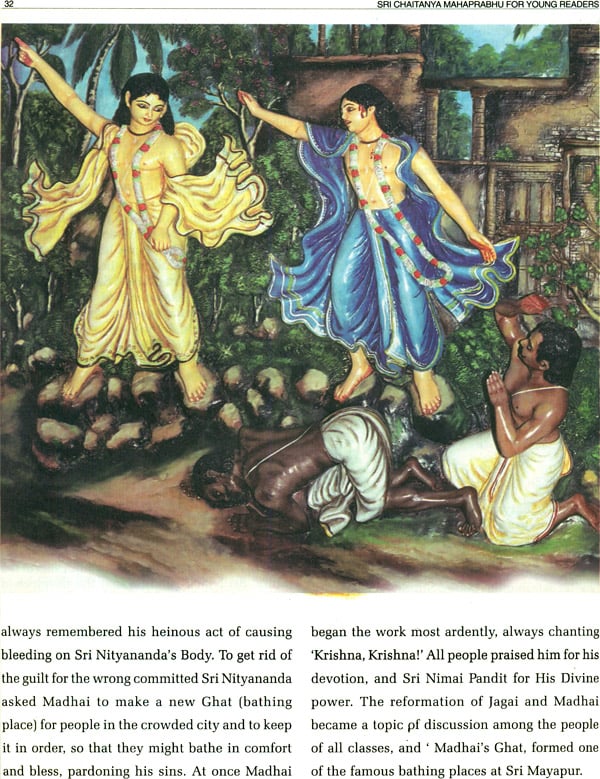 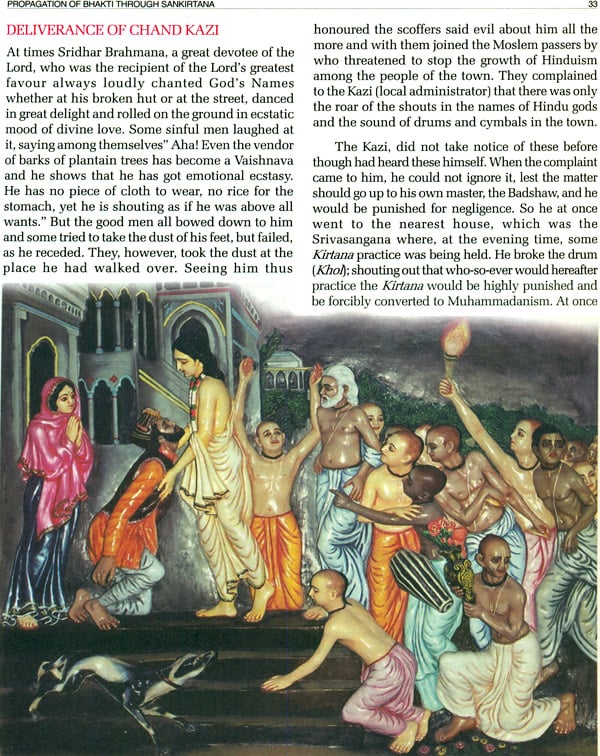 LORD CHAITANYA: Complete Biography of Sri Chaitanya based on Chaitanya-charitamrita, Chaitanya-bhagavata and other authentic works (A Rare Book)
By O.L.B. Kapoor (Adikeshav Das)
$60
Out of Stock Sri Caitanya-Candrodaya-Nataka: The Rising of the Moon of Sri Caitanya (Set of 2 Volumes)
By Srila Kavi Karnapura
$90
FREE Delivery Sri Caitanya (Chaitanya) Mahaprabhu: His Life, Religion and Philosophy
By Svami Tapasyananda
$6.40
$8  (20% off)