The present work is primarily intended to make an Endeavour to introduce an unknown but Unique village, Maluti located in the interiors of Santal Parganas in Jharkhand. It had been the centre of Vajrayana Tantric Sadhana in an age when Buddhism had already been swept away from India, i.e. after the fall of the university of Vilcraingild. Not only that the village Maliiti developed an unique religious culture which is the synthesis of Buddhist, Saiva and Sakta Tantric Sadhana. We find Vajrayana (Sarasvati) being fully assimilated with Saivism (Gailga) and Saktism (Yamuna) and all the three being synthesized in the presiding goddess of the village - Devi Mauliksa.

Thus, Devi Mauliksa is unique in the sense that she is simultaneously a Vajrayani - Pauranika and Sakta Untie deity. Not only this, the village had to its credit 108 temples of which are still standing. There are give temples with Sivalinga enshrined. These Siva temples have Vajradanda on their gikhara, instead of a TrigUla or Trident - another example, par excellence, of the rare synthesis of Vajrayana and gaivism. The but - style architecture of the temples is a class in itself which has been termed by us as Malliti style, as distinct from Birbhum and Bankura styles. Terracotta art of each temple is superb and they are neither wall paintings nor stuccoes rather they have been pasted on the wall with Vajialepa, a paste made from local herbs, sand and different other ingredients. Terracotta paintings depicting Ramalila and Krsnalild and other Vaisnava themes are yet another example of synthesis.

The narrative of the village is fascinating reflecting the Indian ethos of 'diversity in unity' as well as 'continuity and change'. We hope that the students of philosophy, Tantra, religion, art and culture as well as anthropology, sociology and history will find it useful. And Clio, the muse of history, will be satisfied;

Born in village Rajpur, P.S. Belhar, District Banka (Bihar) in January 1953, Dr. Surendra Jha has passed all examinations from matriculation to M.A. in First Division / class. He topped the list of successful candidates in B.A. previous in 1970 from old Bhagalpur University. He stood first in first class in M.A. (History) from Bhagalpur University in 1972-74 sessions. He obtained his Ph.D. degree from Bhagalpur University. He has successfully supervised three candidates to Ph.D. degree. He has published many articles in standard research journals, presently he is engaged in researches in regional history of Bihar and Jharkhand. He has been teaching in S.P. College, Dumka (Jharkhand) since 1976.

Curiosity is a distinctively human impulse. It springs from the human consciousness and his desire to probe through the phenomena in search of the reality behind the phenomena. However, human curiosity remains unsatisfied unless and until it attains its objective. Thus, as Toynbee points out though it may "begin as a pastime, it will end, if pursued perseveringly, in a religious experience". This is precisely because we all know that reality or truth is the undifferentiated unity of mystical experience which has been named by the Indian sages as Advaita. However, it is difficult for a human mind to realize it. We cannot know whether the universe is an undifferentiated whole or not; through our intellect or mental faculties. We cannot be conscious without our mental image of reality and in that case the reality or undifferentiated whole becomes diffracted or articulated into subject and object. In order to grasp the reality, human consciousness goes on to dissect reality, further into conscious and sub-conscious, soul and body, mind and matter, good and bad, cause and effect, creator and creatures, right and wrong etc.

Such binary dissections are indispensable categories of thought because they are our means of "apprehending reality" within our mental limits. Our inability to realize ("apprehend" in the word of Toynbee) Advaita' is, of course, not surprising, because it is a miraculous feat that the one part of the whole should be able to distinguish itself from the rest still it should retain the qualities of the whole. On the other hand, the separation of the parts from the whole does not affect the "wholeness" of the undifferentiated reality (of the western philosophy and Brahman of Indian thought) This has been beautifully expressed by the sages of the Upanishads.

"That is full, this is full. The full comes of the full. Taking the full from the full the full itself remains" (hopanisad). Thus Brahman is both transcendent and immanent. This is the uniqueness of the universe. When we analyze or classify a phenomenon, the task remains incomplete. The facets of any phenomenon are innumerable and it depends on our ability to analyze and classify it. The same phenomenon can be described in innumerable different ways each corresponding to some different facet it displays. By comparative method we may collect such similar phenomena but inspire of all our efforts, we are still left with "an unidentifiable residue that has eluded all classification". This is what we mean when we say that in every phenomenon there is something unique (Toynbee). The term 'unique' has a negative connotation. It signifies something which is beyond our mental comprehension. We cannot ever apprehend it mentally. Therefore, the absolutely unique (i.e. the mystical undifferentiated reality) is beyond description as our ancient sages called it Neti-Neti (Not this, not this)

This element of uniqueness of the whole universe as well as the uniqueness of each phenomenon impels the historian to become a craftsman and not a scribe only. The most obvious definition of History is that it is "the study of human phenomena as we see them on the move through time and space" (Toynbee) known as analytical approach. However, another definition is also given when A.L. Kroeber suggests that history is not only the vision of human affairs as temporal events but also an effort to "achieve a conceptual integration of phenomena while preserving the integrity of phenomena." Thus Kroeber suggests that history must aim at preserving the complexity of individual event "while, constructing them into a design which possesses a certain coherence of meaning" and therefore, no statement about the past can avoid some amount of generality.

Change, novelty and creation in human affairs are the manifestation of the uniqueness. One of the cherished aims of the historian is to catch the element of uniqueness in individual event which, of course, is very difficult. We, with our limited mental faculty, try to analyze, categorize and classify to find some amount of generality in an individual event but we cannot cope with such elements in phenomena which display no similarity. Thus, in seeking to comprehend the element of uniqueness in individual events, the historian has to swim against the current of the "operational movement of the intellect." One has to go beyond intellect and enter into the realm of intuition and what is known to the Indians as Sadhana .

The present work is an humble attempt to catch the uniqueness of the an unique but unknown, unsung and forgotten village situated in the midst of the jungles and hills of Santal Parganas in Jharkhand (India). The village named Malati is unique because it displays a synthesis, as distinct from syncretism, of three great currents of Indian religious cults - Sakta, Saiva and Buddhist Tantric ways of realizing the Absolute.

The village is unique in having a presiding deity - Mauliksa - which is a Vajrayani. (Buddhist) and Hindu goddess simultaneously. The village has seventy-six temples within a radius of one Kilometre; out of which there are sixty three Siva-temples having Vajradandas on their sikharainstead of a Trisula or trident.

At the same time, the village has got the temples of Durga, Kali and Vigiu. The temples, built by the zamindars of Maluti, display unique terracotta art and wall paintings on their walls.

The village Malati and its surroundings is, in fact, a new, virgin and unexplored area of research. This region gave shelter to persecuted Vajrayana Buddhist monks after the fall of the University of Vikramsila. Vajrayana, the latest form of Buddhism, did not vanish from India all on a sudden, as is generally believed. The general perception is that the monastery of Vikramsila was destroyed by the Muslims or it went on decline due to internal feuds and all the monks were either killed or went to Tibet and Nepal. This is an altogether new proposition that Vajrayana or Admantinne path of Buddhism survived for more than 200 years after the fall of Vikramsila in the jungles and hilly interiors of the village Maliiti and its surroundings. The proposition needs further investigation for being substantiated but we have discovered many indications which, surely point toward that conclusion. As the details are available in the foregoing pages, it is needless to repeat them but a few words more we want to say. 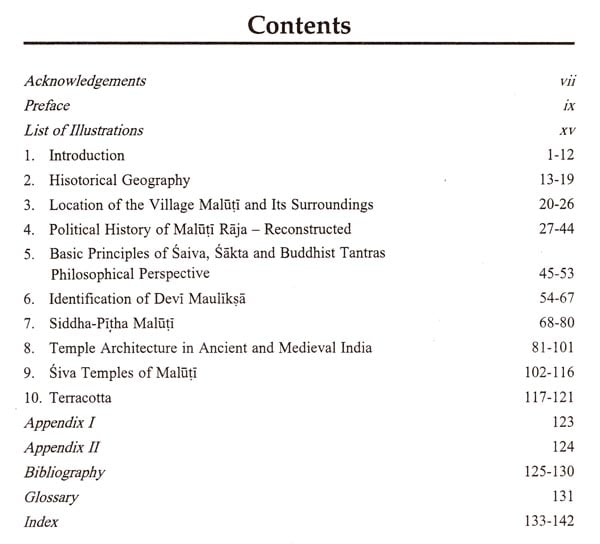 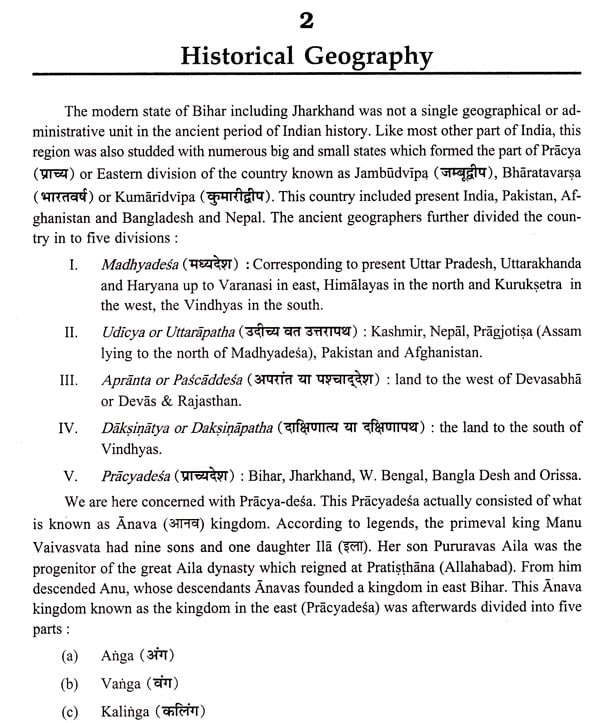 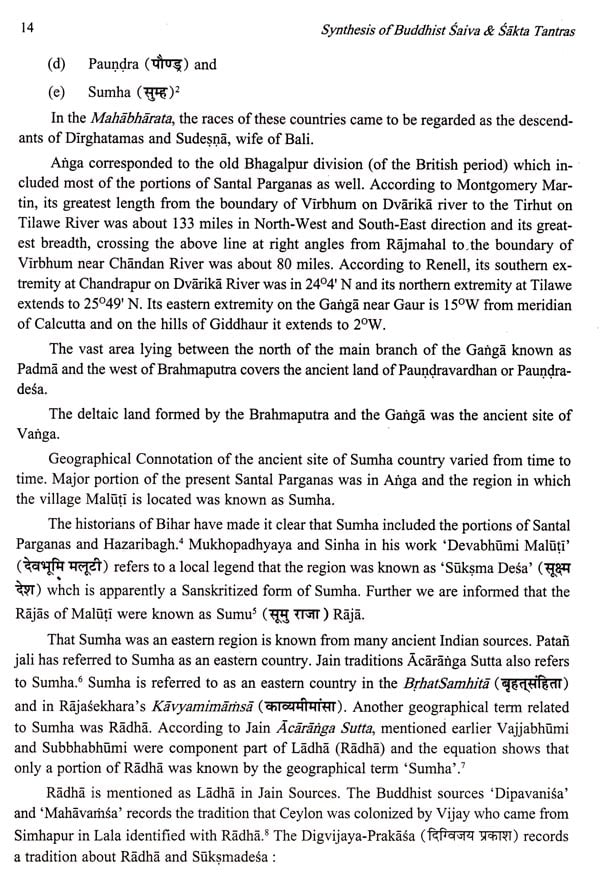 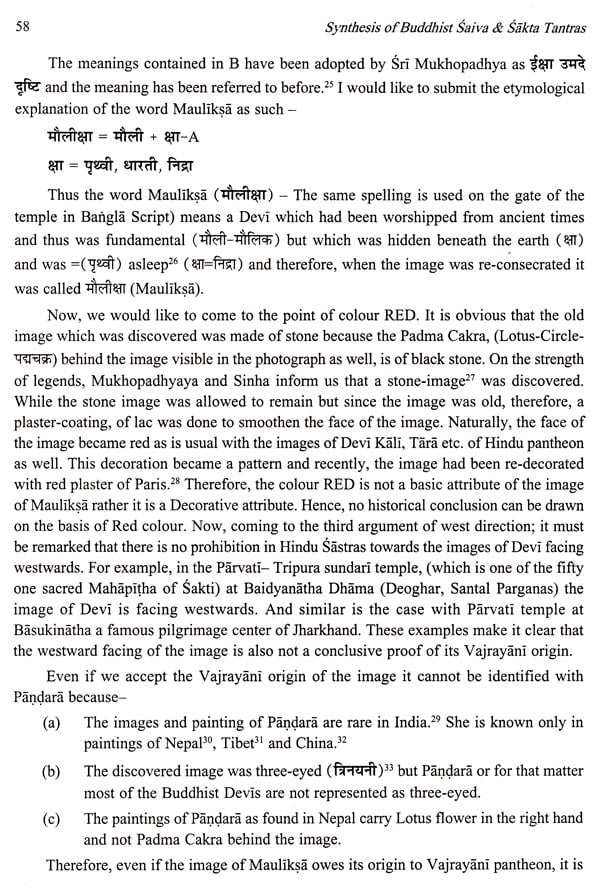 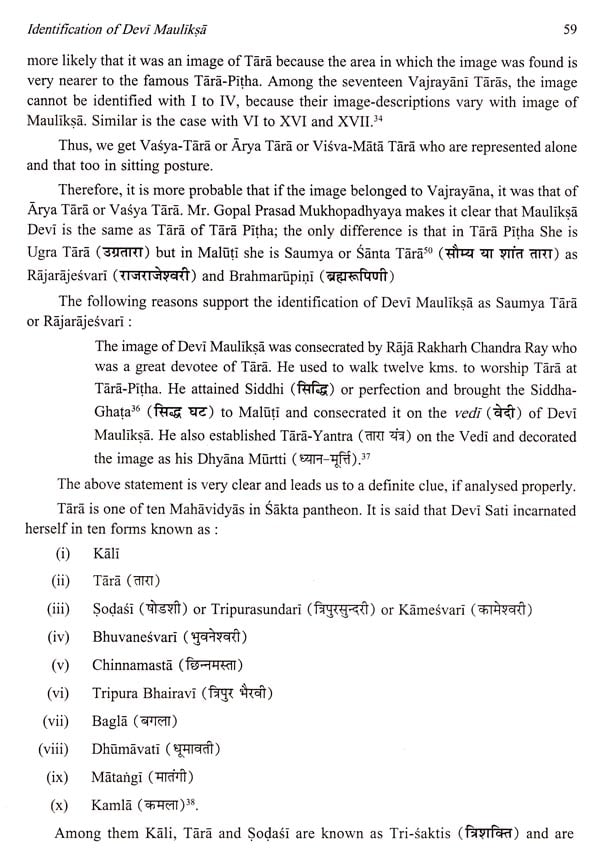 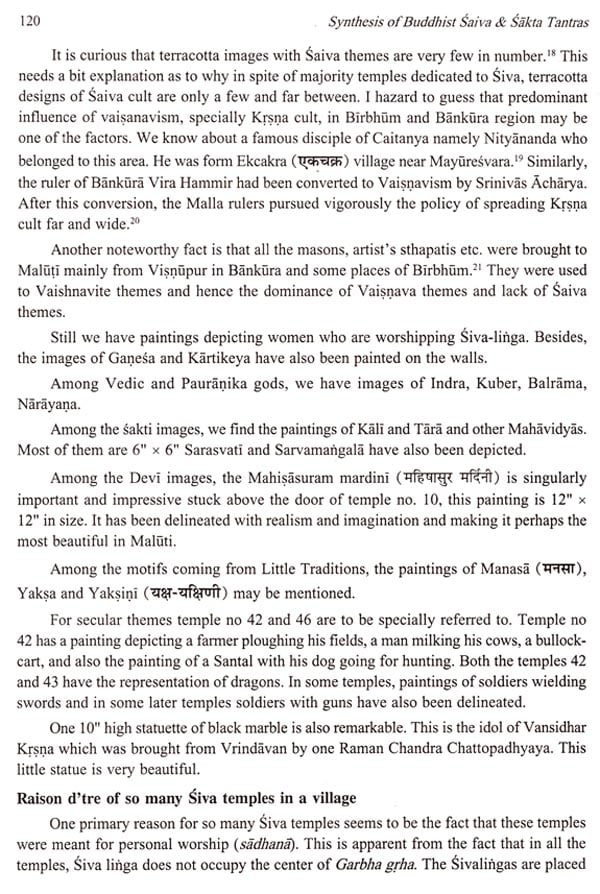 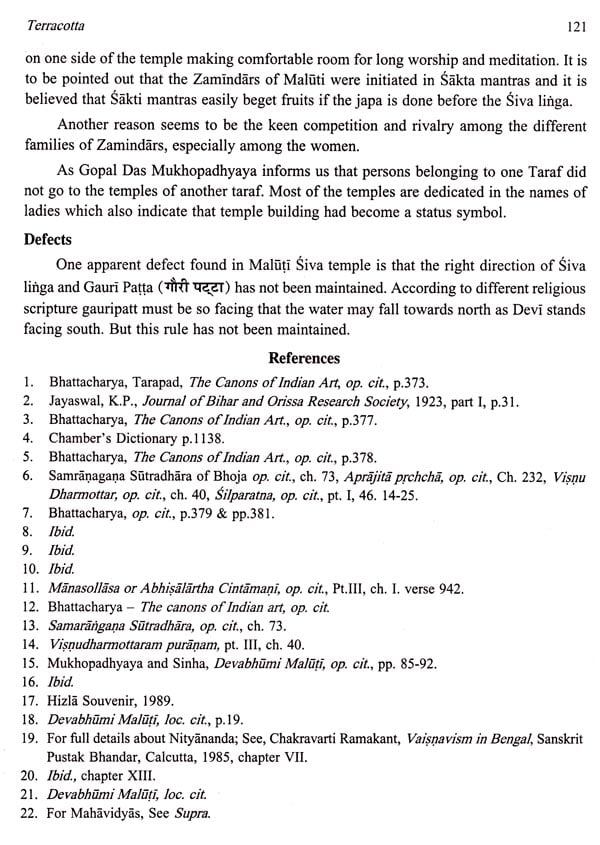 Assimilation of Brahmanism into Buddhism
By Sampa Biswas
$59
FREE Delivery Religions in Nepal (With Reference to Religions of Tibet and India)
By Trilok Chandra Majupuria
$34.40
FREE Delivery
$43  (20% off)