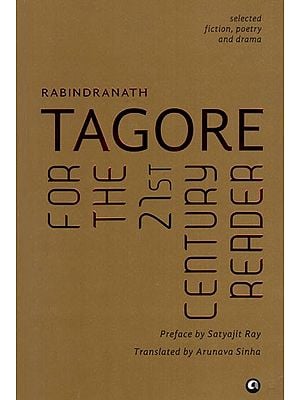 Tagore for the 21st Century Reader

On the seventh of August 1941, in the city of Calcutta, a man died. His mortal remains perished, but he left behind him a heritage which no fire could consume. It is a heritage of words and music and poetry, of ideas and of ideals. And it has the power to move us, to inspire us, today and in the days to come. -Satyajit Ray

Rabindranath Tagore is the second most popular literature laureate of all time (after John Steinbeck) according to the official website of the Nobel Prize. Writers ranked below him on the popularity chart include Gabriel Garda Marquez, Pablo Neruda and Ernest Hemingway. Tagore won the prize in 1913, but a hundred years later readers continue to flock to his work because it possesses all the qualities essential to keep it fresh and relevant despite the passage of time-big ideas, complex themes, stylistic brilliance, and a deep and passionate engagement with nature, beauty, family and love.

Keeping the 21't-century reader firmly in mind, this volume brings together some of Tagore's most celebrated works. In The Home and the World, perhaps his most popular novel, intricate issues of devotion-to the motherland and to the family-are explored through a story of two friends and a woman coming into her own. The Monk-King, with its devious priest and marauding armies, is also about the power of sacrifice and loyalty. In 'The Laboratory', Tagore's last short story, he creates a world that is materialistic and amoral with a light yet ruthless touch. In poems like 'Camilla' and 'An Ordinary Girl' he describes the sadness of unrequited love. His drama, Chandalika, is about the angst and helplessness of being in love with an unattainable ideal.

Brilliantly translated by Arunava Sinha, this selection of Rabindranath Tagore's fiction, poetry, lyrics and drama is evidence of his position as one of the world's greatest writers and reinforces the enduring nature of his words, emotions and beliefs.

RABINDRANATH TAGORE (1861-1941) was the youngest son of Devendranath Tagore and Sarada Devi. He started writing while he was still in his teenage years and published his first volume of poetry at the age of sixteen under the pseudonym Bhanusingha. In the course of a long and very productive writing career, Rabindranath Tagore wrote over 2,000 songs, many short stories, novels, plays, essays, autobiographies, poetry and dance dramas. Some of his most celebrated works include the novels Ghare Baire, Gora, Nastanirh; the poetry collections Gitanjali, Gitimalya, Sonar Tori; the dramas Dak-Ghar, Tasher Desh, Raktakaravi; the memoirs Chhelebela, Jivansmriti and others. Among his songs are the national anthems of two countries-India and Bangladesh. He was an accomplished musician and developed a new branch of music called Rabindrasangeet.

Tagore was the first non-European to be awarded the Nobel Prize for Literature. He was also knighted by the British government but he repudiated the knighthood in protest against the Jallianwala Bagh Massacre in 1919. A humanist and an educationist, he started the Visva Bharati University and founded a centre of education at Santiniketan where students and teachers lived and learned in a setting close to nature. He was married to Mrinalini Devi and had five children. Tagore passed away in August 1941, at the age of eighty. Deeply revered, his works remain the prism through which generations of readers have viewed life.

ARUNAVA SINHA translates classic, modern and contemporary Bengali fiction and non-fiction into English. Twenty of his translations have been published so far. Twice the winner of the Crossword Translation Award, for Sankar's Chowringhee (2007) and Anita Agnihotri's Seventeen (2011), he has also been shortlisted for The Independent Foreign Fiction prize (2009) for his translation of Chowringhee. Besides India, his translations have been published in the UK and US in English, and in several European and Asian countries through further translation. He was born and grew up in Kolkata, and lives and writes in New Delhi.

On the seventh of August 1941, in the city of Calcutta, a man died. His mortal remains perished, but he left behind him a heritage which no fire could consume. It is a heritage of words and music and poetry, of ideas and of ideals. And it has the power to move us, to inspire us, today and in the days to come.

Founded in the year 1690 by an Englishman named Job Charnock, Calcutta, in 1861, was a thriving metropolis. Queen Victoria was proclaimed Empress of India in 1877. As the capital of India, Calcutta was the seat of the Queen's Government. In the northern part of the sprawling city, in the area known as Jorasanko in Chitpore, was the family residence of the Tagores. The Tagores had an impressive lineage. It dated back to the first group of learned Brahmins that came from Kanauj and settled in Bengal in the eighth century. One thousand years later, Panchanan, a descendant, came to the new city of Calcutta and found a lucrative position with a British shipping company. His grandson Nilmoni added to the family fortune and built the house at Jorasanko. The peak was reached with Nilmoni's grandson. One of the most brilliant and colourful figures of the nineteenth century, Dwarakanath Tagore combined cultured sophistication with a largeness of heart and a rare degree of business acumen. Gold, sugar, indigo, exports, banking, newspapers-there was no end to his enterprises, and he succeeded in all. If his earnings were fabulous, so were his spendings.

Although a Hindu and a Vaishnav, Dwarakanath defied the ban of Brahmin orthodoxy and twice went to England. There he had an audience with Queen Victoria, discussions with Gladstone, and dinner with men like Dickens, Thackeray and Max Mueller.

Shortly before his death in England, Dwarkanath had written to his eldest son in Calcutta, reproving him for neglecting the family's business affairs. For some years past, young Devendranath had been developing tendencies which might well have distressed his father. It began in a burning ghat. The last rites were being administered to Devendranath's grandmother. Not far away on the river bank sat Devendranath. Like many a rich man's son he had been leading a wayward life, but tonight, he was overcome by a strange feeling. Worldly possessions seemed to lose their meaning for him. This led to a period of profound disquiet followed by a ceaseless quest for the meaning of existence in the great sourcebooks of the East and West. He read the materialist philosophers of modern Europe-Locke, Hume, Bentham and others, whose ideas were so much in vogue among the students of the time. Then he learnt Sanskrit and read the Mahabharata. But peace of mind would not come until one day he chanced upon a torn page of a Sanskrit book. There was a sloka in it, which said: `God is supreme and all pervading. Enjoy by renunciation. Covet not another's wealth.' This was a page of the Ishopanishad, edited by Raja Rammohan Roy. Rammohan had been a close friend of Dwarakanath's. As a boy, Devendranath had a deep and silent admiration for the man. But the greatness of the Raja's vision and the magnitude and nobility of the tasks he had set before himself were beyond the boy's comprehension. Rammohan lived in times when India's spiritual heritage was being submerged in ritual and superstition while in the west a whole new concept of humanity was emerging. 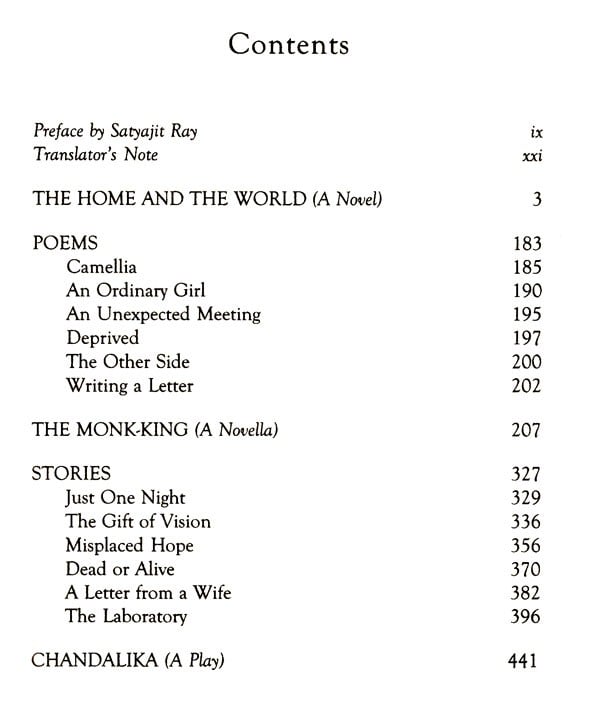 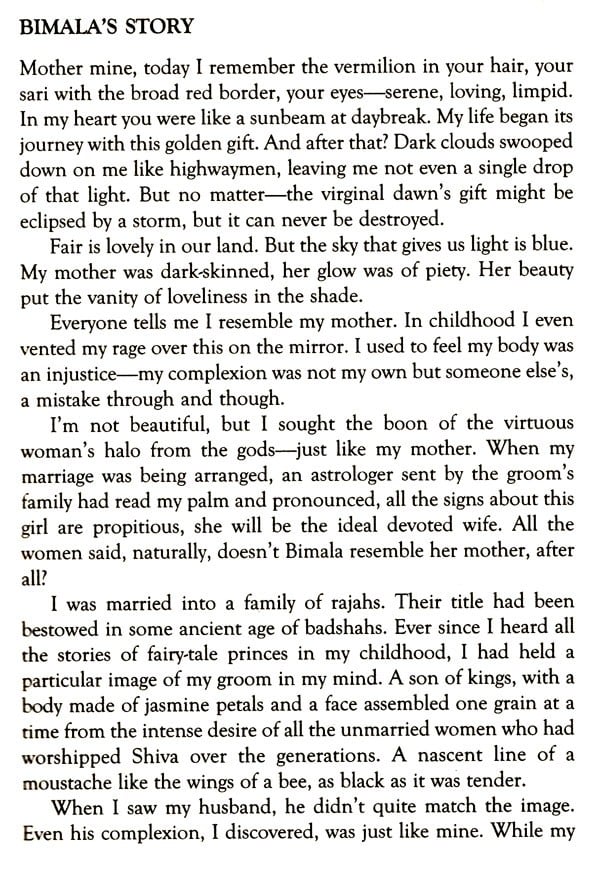 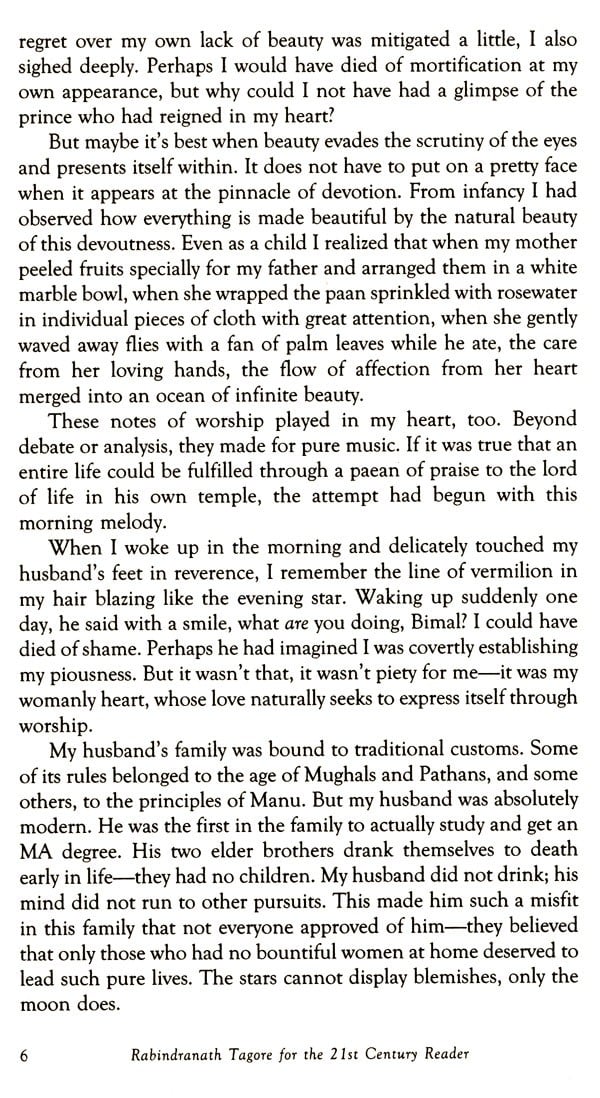 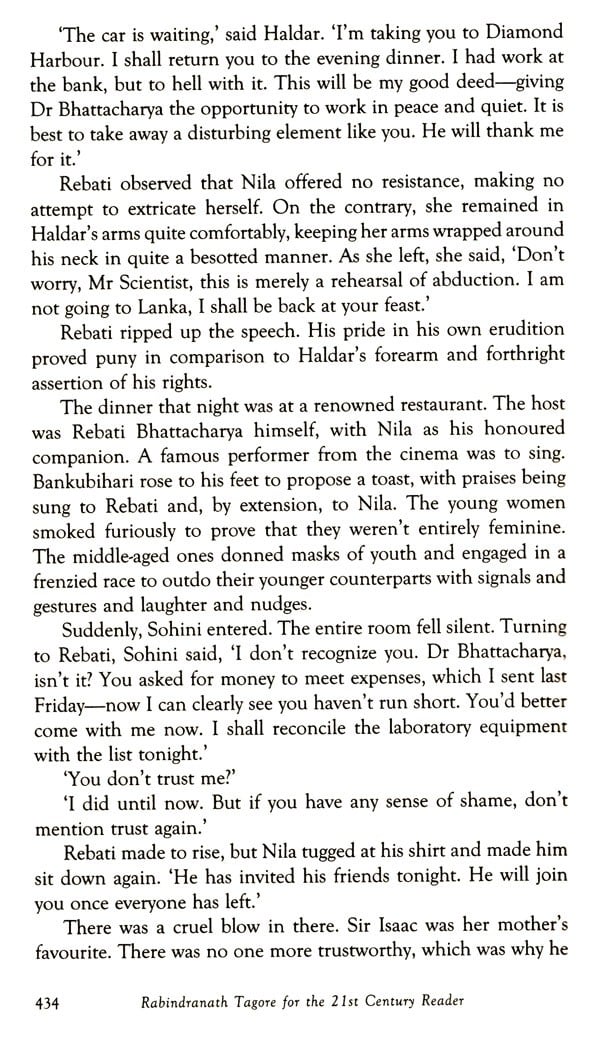 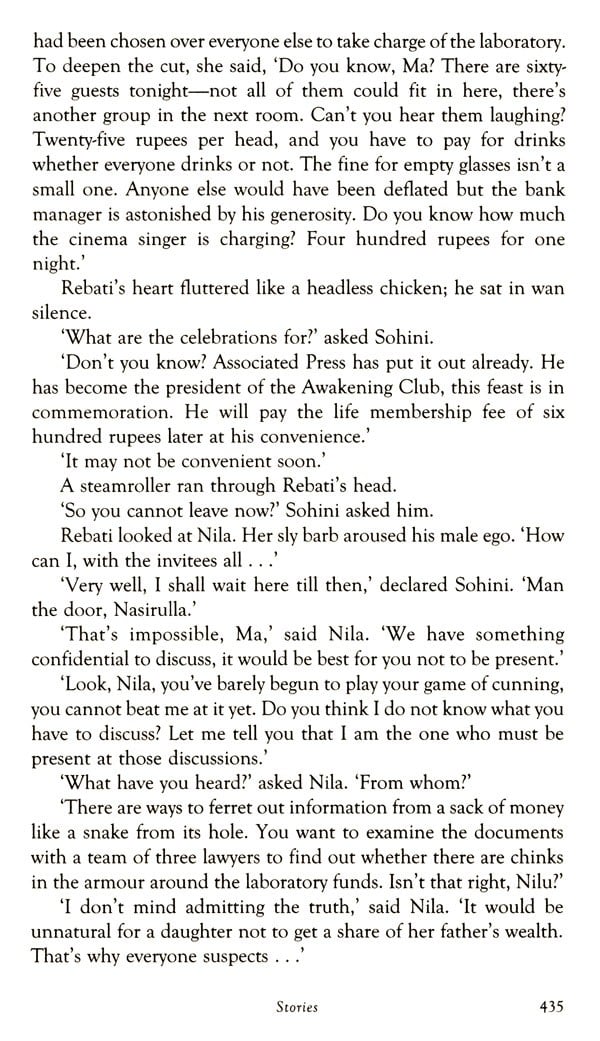