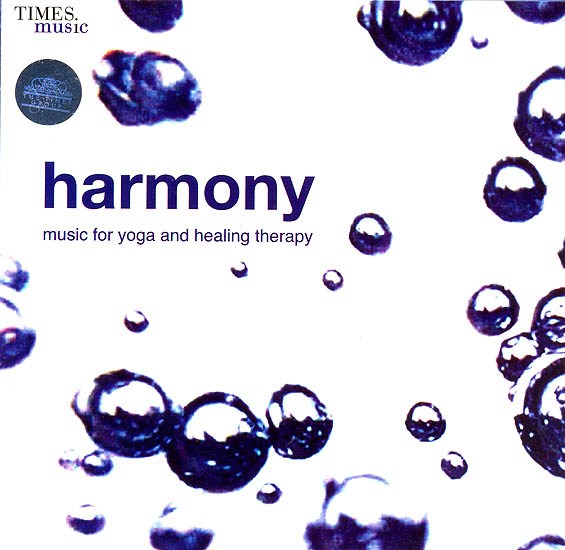 Chandu & Hemant Mattani
Producers of Indian music for the present and the next generation of the 21 st century.

Chandu and Hemant Mattani, father and son, guru and shishya have imbibed music for past few decades. Their love of Indian music and its healthy continuity in all its evolving forms have led them to produce numerous multifaceted albums in the Indian regional languages of Gujarati and Hindi. They have now added instrumental and meditation music to their repertoire of collection.

Realising a crucial gap in the field of Indian music, particularly between the popular and serious classical, they have ventured to plug and bridge this with music that retains the light classical raga structure yet draws together the modern elements of western and traditional Indian instruments.

In today's modern world of stress and fatigue, more and more people are turning to the ancient science of Yoga and Meditation. Music plays a major role in helping one to relax or to meditate. However, many recordings made for these purposes solely use electronic instruments, which don't always give the true feelings of natural acoustic instruments.

In this recording, the very talented and world famous Rakesh Chaurasia turns the notes of his mystical Bamboo flute into magic creating a unique sense of tranquility.The flute and the hundred stringed instrument known as the Santoor have always been a very likeable combination. Thus we teamed up Pandit Ulhas Bapat, a very senior exponent of this difficult to play instrument, with Rakesh to create a recording that one will cherish for years to come. All improvisations were spontaneous giving the true feeling of their masterful artistry.

The most unique feature of this recording is that no percussion or rhythm instruments have been used so the flow of the music is undisturbed completely. However the music is played to a pulse - a pulse which follows our breathing, our blood flow and our inner senses to create a complete atmosphere of Harmony for the Mind, Body and Soul.

This recording will create a beautiful atmosphere for people who wish to meditate or practice yoga and will be an invaluable asset for therapists to create a wonderful ambience.

For the rest of us, simply listen, enjoy and relax- This enchanting music will take you to a different dimension.

A famous name attached to this musician; young Rakesh is the nephew and child prodigy of flute maestro Pt. Hariprasad Chaurasia. The most accomplished of disciples of his uncle, he shows all the promise to carry the Chaurasia legacy into the new millennium.

Just like his legendary uncle, Rakesh possesses the right balance of strength and serenity, very critical factors for an exceptional flautist. His dextrous blowing technique coupled with his training of 'swar' and 'tala' exudes adeptly in his emotions through the hollow piece of bamboo.

Rakesh has already globetrotted many times over, enthralling audiences at classical and semi-classical concerts. He is also an accomplished musician having recorded with most of the leading stalwarts of the Indian film industry. During all this time, Rakesh has never deviated from his main goal of becoming a full-fledged classical musician. He, together with his very close and equally gifted friend and flautist, Rupak Kulkarni, made an electric impact with their improvised play in many of the tracks in the groundbreaking albums, 'SHRADDHA', 'PARAM SHRADDHA' and 'TRANQUILLITY - a musical harmony'. He is no doubt, a truly great solo artiste in the making. Rakesh has regularly appeared in prominent festivals like St. Xavier's in Mumbai, Festivals of India in Russia, Japan and USA, just to name a few.

ULHAS BAPAT SANTOOR
Ulhas Bapat was fortunate enough to be born in a music loving family. Thus, he was initiated in the alphabets of the rhythm and melody at an age when most children learn their ABC.

Ulhas acquired his 'Swarajnan' under the perceptive eye of his father, Shri Yeshwant Ganesh Bapat who was himself a gifted vocalist. Ulhas explored the intricacies of 'Tabla' under the renowned maestro, Pandit Ramakant Mhapsekar. Thereafter, he switched over to Vocal with a view to acquire a sound classical base under reputed vocalists of the day. But his tryst with destiny as a musician lay in mastering the santoor.

Today, Ulhas is the only exponent of santoor who actually tunes his instrument by the chromatic system (fixed tuning) and plays accordingly. One distinct advantage of this is it eliminates the need to retune the instrument after the rendition of each musical piece. He has patented and pioneered a modification to reproduce the 'meend' or the glissando note that was once considered next to impossible.

Amongst many of his gurus, Ulhas is particularly indebted to the sarod maestro, Smt. Zarin Daruwalla-Sharma, who was instrumental in honing his musical acumen. Suffice to say that since his debut in 1975, Ulhas has thrilled audiences all over the world and has many albums to his name.

Ashit Desai
To Ashit, music was a legacy, and then it grew to be a passion. His repertoire has flourished wide and deep. Though his music is firmly rooted in tradition, his compositions augment the melodies with creative variations within the broad framework of the poetic mood being evoked. As a composer, he tackles difficult themes with effortless ease lending a masterly touch to his work. He has scored dramas, dances, ballets, serials and numerous albums. He also sang devotional songs for the film 'GANDHI', each revealing the man behind the music. In the last three decades, Ashit has crafted rich and varied body of work, yet his musical talent flows unabated. So much done, so much yet to do ...