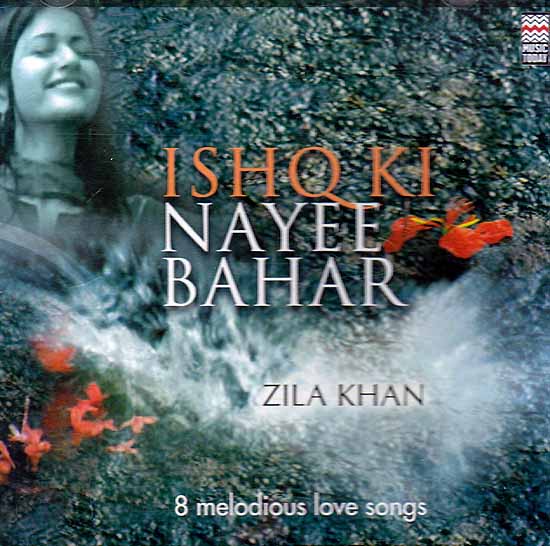 FREE Delivery
Only 1 available
$22.50
Ships in 1-3 days
Notify me when this item is available
About the CD

This is a traditional bandish of chhota Khayal in Raga Bihag. Noone Knows the origin of this bandish. It was traditionally heard time and again form the women of the gharana.

This is a song which the great sitar legend Ustad Vilayat Khan and father of Zila Khan heard form a mad woman who used to sing (the first 2 lines) on the streets. It was rendered by the sitar maestro in his concerts sometimes and by Zila Khan now. Stanzas have been added to this additional song by Saiyid Faraaz (poet) Zila Khan would like to thank him.

This is a beautiful nazm (nazm is a story line which deals with the same object throughout the poem from start to finish) written by ARK and composed by Zila Khan.

This song is traditionally known as a Barsaati. It is written by old gharaane-daar women who did not sing in public in the old days.

This composition based on Raga Bihag is yet another traditional treasure. It is called seher-e-suhaag and was sung in personal weddings. Another old bandish composed by woman of the gharana.

This rubai came as a gift to me from God by one of our great Sufis on the day I heard about my father’s hospitalization in February end this year with a terminal illness. My world rocked shook and fell. My friends took me for prayers which were held all through the night of ‘ashura’ 9the 10th day of moharram).

By this God Almighty helped me to understand the bigger picture of suffering in this world. When we all relive and recall all the sacrifices endured by our prophet Huzoor Mohammad (S.L.A.W peace by upon him) and his family Hazrat Ali, Bibi Fatima, hasan and Hussain and their followers for the sake of our sustenance we summon the courage to endure out personal suffering.

His canvas had such a huge picture that I was just a tiny spec of dust (zarra) in his universe. I forgot my own suffering and came to understand it better. I thank thee…