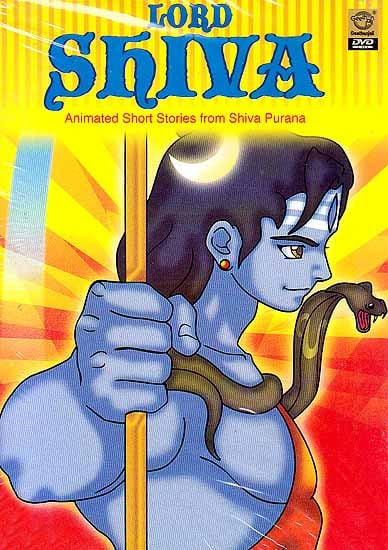 Lord Shiva the supreme power belongs to the Trinity of gods Brahma the Creator Vishnu the saviour and Shiva the Destroyer. The Shiv Puranam has numerous stories about Lord Shiva. This series is about how Sati who was later reborn as Parvati became Shiva’s wife.

Birth of Sati
In this story Brahma meets Vishnu and tells him that he would like to see Lord Shiva who is an ascetic settle down Brahma requests Goddess Uma to be reborn on earth as Shiva’s consort. So Goddess Uma is reborn as Sati the daughter of Daksha the chief Prajapathy and son of Lord Brahma.

Birth of Parvati
When Sati ends her life by immersing herself in the yagna fire she is reborn as Parvati the daughter of great king Himavat ruler of the Himalaya. Parvati has a great desire to marry Lord Shiva so she goes to the place where he is meditating and begins to serve him.

Sati and Shiva
This is the tale of how Sati wins the heart of Lord Shiva. From childhood Sati is an ardent devotee of Lord Shiva and by doing severs penance she manages to win Shiva’s heart. On lord Shiva’s request Brahma convinces Daksha to accept Shiva as his son-in-low. Shiva and Sati get finally get married on an auspicious day.

Tarakasura
This is the tale of an asura called Tarakasura. Because of his desire to become immortal he does severe penance and finally Brahma grants him a boon that only Shiva’s son will be able to kill him. Rendered almost immortal. Tarakasura begins to wreck havoc and harases all the Devas including Indra.

Yagna By Daksha
This is the story of how Daksha takes revenge on Shiva for not bowing to him. Daksha conducts a grand yagna and invites everyone from the three worlds except Lord Shiva. When Sati hears about this she tries to reason with her father but to no avail. Finally she sacrifices herself in the yagna fire.

Shiva and Parvati
Upon Brahma’s advice, Indra requests Kama and Rati the gods of love to make Shiva fall in love with Parvati. Kama tries to aim his arrow at Shiva but Shiva in his fury burns Kama to ashes. Finally Parvati herself wins Shiva’s heart by doing severe penance. With her father’s permission Shiva and Parvati Marry.

Destruction of Yagna
This legendry story is about how Shiva takes revenge on Daksha. He creates two powerful beings called Virabadra and Mahakali from his matted hair. They destroy the yagna and Viabadra kills Daksha. But Brahma and Vishnu plead with Shiva to bring Daksha back life as a yagna once started has to be completed. Shiva then agrees to revive Daksha but does so by giving him the head of a goat.

Birth of Karthikeyan
This is the story of the birth of Kartikeyan. After marriage on Indra’s request to produce an hair. Lord Shiva gives God Agni a seed that he drops into the Ganges. The seed splits into six pieces and from each piece a boy emerges. When Parvati hears about this she hugs all six boys and they merge together to form one boy with six heads who she names kartikeyan.

Karthikeyan and Tarakasuran
This is the tale of how Kartikeyan fulfills his duties. One day Indra and other Devas remind Lord Shiva of the Purpose of Karthkeyan’s birth. Upon his father’s request Kartikeyan kills Tarakasura and relieves Indra’s of the problems he faced due to Tarakasura.