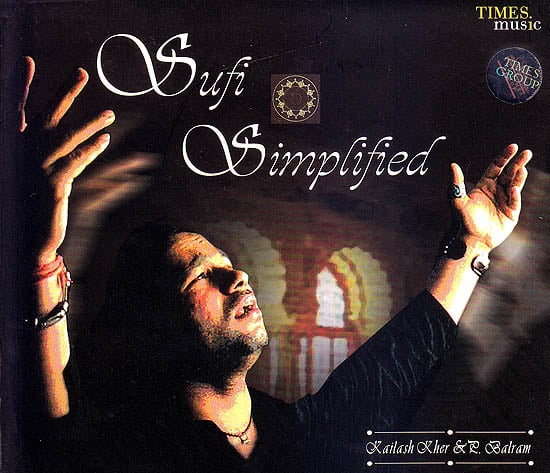 Sufi music is streaked with the shades of love and righteousness submission and surrender that connects humans to God and transcends all religious barriers. This energy charged music that envelops both the singer and listeners into mystical raptures is based on Sufism a philosophy that gives precedence to love fro humanity above everything else. An expression of mysticism and spiritualism the tradition of Sufi singing started in dargahs and mazaars years ago and today it has metamorphosed into a singing culture sans all boundaries. A Sufi is a lover of truth who by means of love and devotion moves towards truth and seeks perfection. It is this message of truth and love that the Sufi Music that connects with the heart transporting listeners into a state of ecstatic spiritual trance.

The album showcases a successful blend of traditional and contemporary Sufi music as rendered by the sensational vocalists Kailash Kher and P. Balram who carry the rich Sufi tradition through their music as scripted by the Sufi poets of the past. Committed to Sufi music and its soul Kailash Kher shot to fame with his singularly powerful song “Allah Ke bandey”. A supremely talented young singer he believes that in this day and age the packaging of music is quite significant. With his rustic renditions and music he has proven time and again that Sufi Music can have a global appeal and chart new heights of popularity if mixed aesthetically with international sound. P. Balram a mechanical engineer and a post graduate in materials management is a passionate singer with an electric voice who has done playback singing for many jingles and teleserials. His is a sensitive yet a powerful style of rendition accompanied with his velvety fire voice that has the capacity to energize and mesmerize all. Together these two torrential singers pour the flavor of Sufiana enlightenment on the songs providing them with a mesmerizing rustic allure. Deeply engaging lyrics inspired by the teachings of Saint Kabir are written by Rajesh Mishra and captivating music direction by Aroop Bhowmick has added an additional luster to the album.

Sink in the magic of earthy voices as a confluence of sounds and eclectic variations build on the vital base on Sufi Music. Let varied musical elements create unique Suri patterns on your soul!.