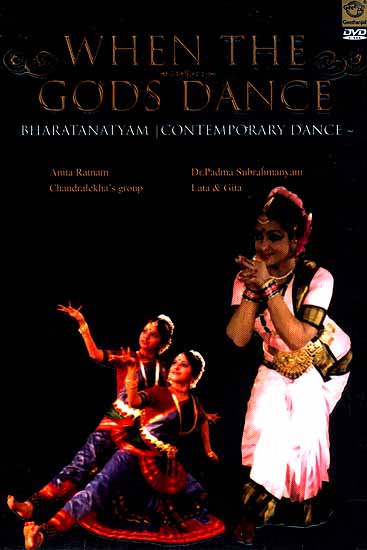 $27.50
Quantity
Notify me when this item is available
From the CD:

Anita Ratnam (Contemporary dance)
Chandralekha’s group (Contemporary dance)
This eoisode expands our horizons to see beyond the classical framework of the traditional Indian dance. We present the adventurous Anita Ratnam known for her experimental choreography. “Athirohana” is conceptualized on the six chakras that manevour the flow of energies in the human body. It describes the rise of the Kundalini force in the form of a serpent from the base which represents earth, through the other five chakras which represent water, air, fire, space and mind to attain moksham. We shall watch an extract about the wind and fire chakra from Athirohana, choreographed and performed by Anita Ratnam. Next comes an extract from "Mahakal" choreographed by the internationally renowned choreographer of contemporary dance, Chandralekha. In the midst of the various negative energies like terrorism. Murder and violence, Man still tries to maintain his love and peace. This forms the basis of Chandralekha's Mahakal where we also see Kalaripayatu, the martial art form of Kerala, on display.

Dr. Padma Subrahmanyam (Bharatanrityam)
Lata & Gita (Bharatanrityam)
Dr. Padma Subrahmanyam performs a popular story of Indian mythology, the story of Gajendra Moksham choreographed to music by the legendary Japanese genius Miyaki Michiyo. This was specially choreographed by her for the centenary celebrations of the great blind musician while Padma was in Japan to receive her Fukuoka Asian cultural award. This is followed by a specially choreographed number performed in the sacred temple of dance at Chidamnaram by the directors of this serial Lata & Gita. With Tamil lyrics by Dr.S.Krishnaswamy and sung by star voices chitra and Rajkumar Bharti this is dedicated to the art of dance at the very abode of the god of dance.