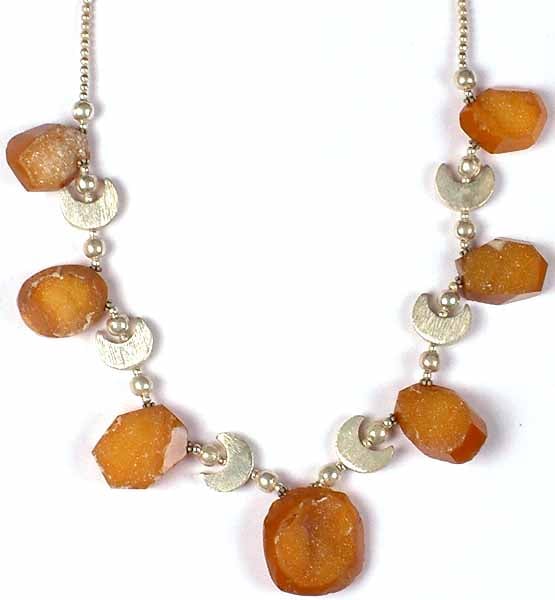 The iridescent and shimmering drusy is a great fashion statement these days. Drusy gemstones texture like fine sugar crystals that sparkle like freshly fallen snow. It is the phenomenon of micro crystals forming on a matrix occurring in different colored minerals around the world. it is made of quartz and non-quartz. Quartz drusy is dyed in vivid colors. Sometimes it is coated with titanium or other metallic vapours for an iridescent finish. The toughness of the drusy piece depends on the nature of the crystals and the matrix to which they are bound while calcite drusy is fragile quartz drusy is relatively hardy. All drusies should be handled with care and are best suited for pendants brooches and earrings and not for rings or bracelets.

Drusies are cleaned with a soft brush and soap rather than ultrasonics or steam.

Their beauty lies in their surfaces being covered by thousands of shimmering crystals creating spectacular textures gems of rich color. The popularly of drusy has skyrocketed in the last few years.

How to Buy Drusy

Drusy gems are evaluated on the basis of the four Cs: Color, Cut, Clarity and carat weight. In addition there is a fifth C: Coverage. The evenness with which the matrix is covered is very important. Drusy gemstones are graded using the following criteria color saturation crystal size, purity (Visual Flows) and crystal coverage. Overall aesthetic balance is important.

Drusy emanates a joyous healing energy. It is worn for energizing the aura and promoting creativity.

Going through regular monthly cycles, the moon inevitably came to be identified with femininity and the fact that it showered soothing and comforting rays from an eminent position high above in the sky ensured that our venerable ancient forefathers (and mothers), ascribed the status of a goddess to this nocturnal body. This is one reason why the early mainstream religions, with their marked preference for the male of the species, found the veneration towards what was a palpably feminine deity hard to digest and hence came to associate such an inclination with an aberration of the mind and it was not long before the word 'lunatic', with its lunar associations, came to brand such devotion as insanity.

However, notwithstanding the injunctions to the contrary, the moon as a symbol continued to fascinate humans. To observers on the earth, it was the most changeable of all celestial phenomena. In earlier times, the appearance of the new crescent was often greeted with joy as a return of the moon from the dead. In ancient Egypt, the sickle-shaped deity signified the goddess Isis and any jewel fashioned in its likeness was believed to protect infants. The crescent's association with babies derives from the fact that it is itself the small, newborn moon. (It was always the waxing moon, never the waning one.) Specifically, since it appeared to give birth to itself, it was natural for the heavenly body to become the patron deity of childbirth. Even when submerged in the sea of night, the moon possesses the secret of a new, evolving life. Similarly are all babies born into life out of the dark waters of the womb.

To the skeptic the fact that the moon has no light of its own but merely reflects the sun is an indication of the inferior status of the former. It is left to the sacred text Prasna Upanishad to bring things into perspective:

'The sun is the principle of life and the primeval waters are the moon. And these waters are the source of all that is visible or invisible. Hence the waters are the image of all things.' (Tr. >From Sanskrit By Alain Danielou.) Thus does the moon reflect the sun's light. Further, by analogy, it the same archetypal waters which fertilize the male seed floating in its infinite depths.

It is all the more auspicious to craft the crescent out in silver as it is considered the moon's metal much as gold is associated with the sun.

Then there is Shiva, the Hindu god of destruction, who adorns his crest with the crescent, which both softens and sensualises his appearance at the same time.

In Islam too, the crescent is considered sacred since it was Prophet Muhammad himself who proclaimed the lunar dating system, replacing the earlier one based on a combination of the solar and lunar calendars. The crescent motif, known as the hilal, has been much used throughout the centuries in Islamic art and appears on the flag of many nations thus inclined.

The stand-alone crescent is in a sense incomplete, without the mating male element, represented by the sun. The two heavenly bodies, juxtaposed in a number of imaginative ways, denote the sacred marriage of the two underlying principles, which are the building blocks of the universe. In the world's earliest book, the Rig Veda, there is a hymn glorifying the union of Soma (moon) with Surya (sun).