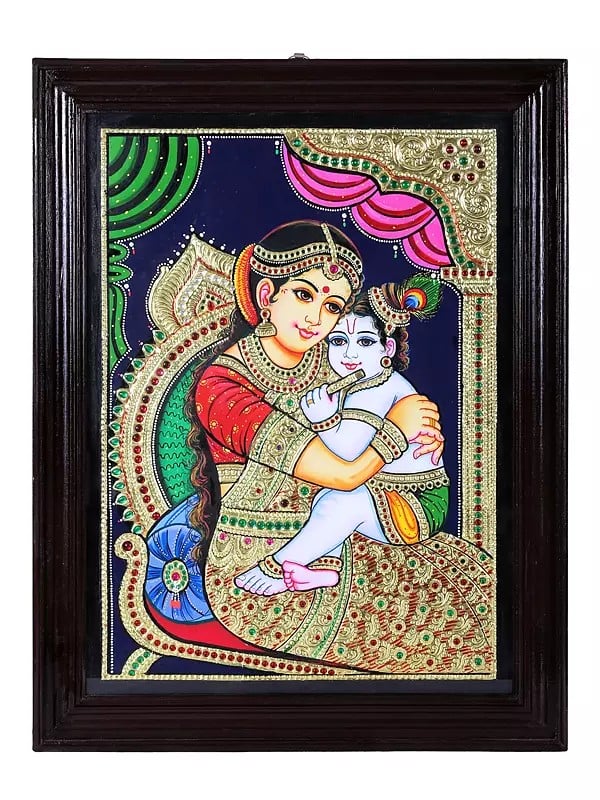 The quintessentially Indian mother-and-child image. The fair Mother Yashoda lovingly gathers the baala-Gopala (‘baala’ is Sanskrt for little boy) in Her supple arms. The seated figure is clad in a saree, which is executed in solid gold gessowork. Studded with stones in green, pink, red, and blue colours, it conveys the affluence of a mother who is possessed of a son such as Gopala.

Mother Yashoda is seated on a velvet-upholstered throne. Given the gold embellishment that defines its structure, it gives the impression of a heavenly throne of solid gold. Next to the seated mother-and-child figure is a pillar and the section of an archway, like in the interiors of a palace of yore.

The adornments on the body of Yashoda and Gopala have been made with pure, studded gold. The same applies to the miniscule flute in Gopala’s hands. The faces are drawn together, brimming as they are with lifelike expression; the mother’s as innocent as the child’s. Such a Tanjore painting would be a valuable addition to any Krishna-loving home. 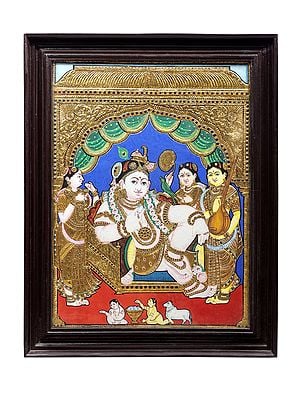 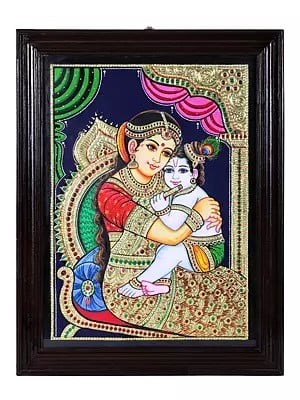 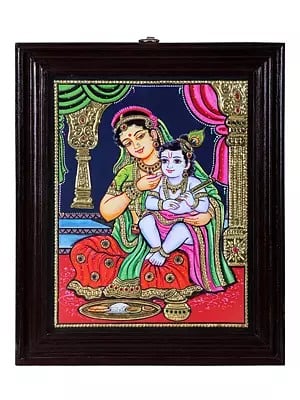 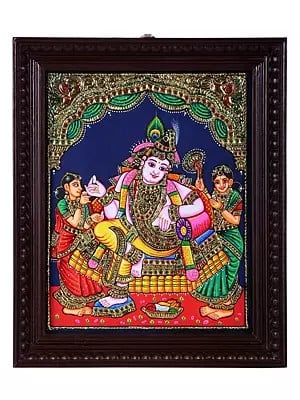 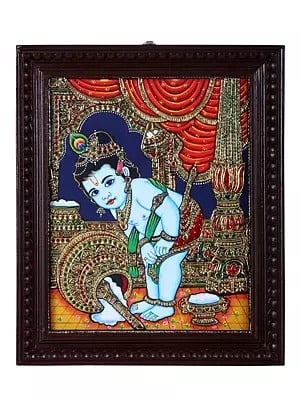 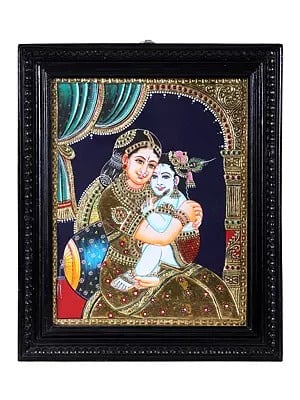 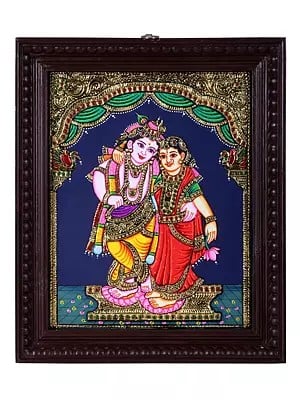 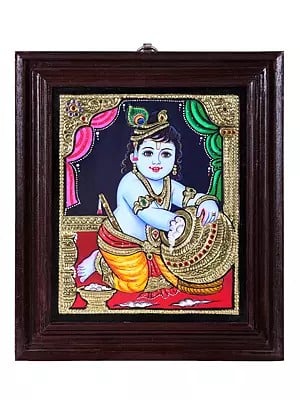 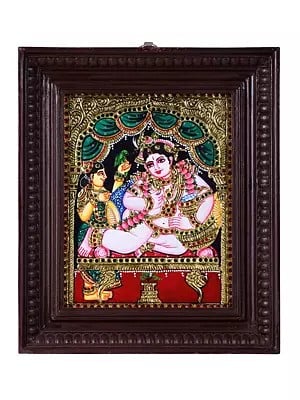 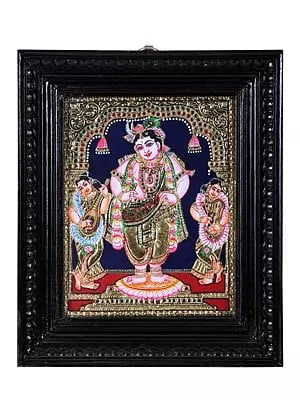