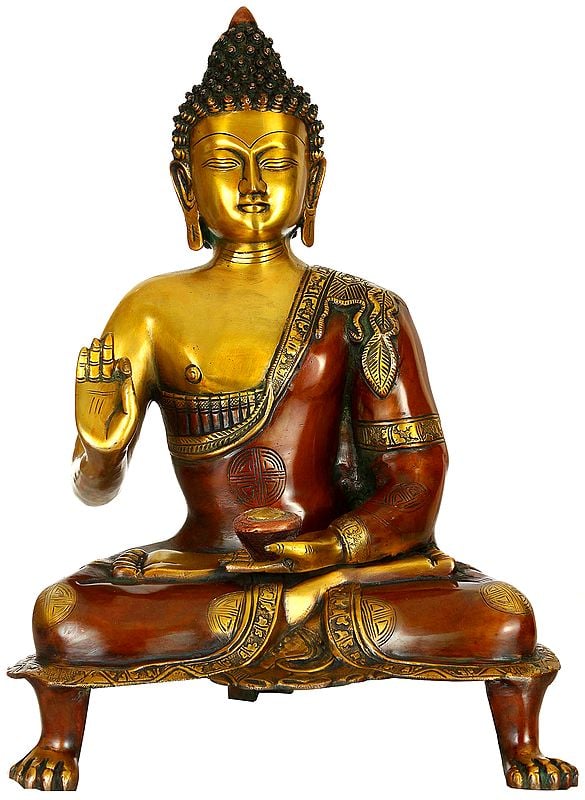 20" Buddha in Vitark Mudra In Brass | Handmade | Made In India

This magnificent brass-statue, a lofty image unparalleled in its plasticity, modeling, elegance, finish, overall quality, stylistic versatility and spiritual fervour, represents Lord Buddha immersed in deep meditation : searching within him answers to questions facing the life, and simultaneously interpreting the meaning of his finds to the world beyond. An intricate form of image, the statue manifests at least two aspects of his being : the Buddha in meditation – one on a quest searching within, and the Buddha on the mission of teaching or interpreting, that is, ascending to light and leading the light to descend upon the world and enlighten it.

Quantity
Usually ships in 10 days
Notify me when this item is available
The Buddha’s life is divisible mainly into two phases, at least the two meaningful phases : first, his quest for light, and the second, spreading the light. In the unique blend of two iconographic forms of his image this statue synthesizes both : in his meditating posture, the Buddha, the seeker of light leading to freedom from fear, and in his Vitark-mudra – interpretive posture, the Buddha, the universal teacher interpreting the cause of fear and thus freedom from it, which is one’s arch enemy.

Not exactly one of the forms rigidified in the Buddha’s iconography, this image of the Buddha represents him in his more accomplished form : the Buddha in total. This image, a masterpiece of Tibetan tradition of the Buddha’s iconography, slightly Indianised, the same style of coiffure, tuft of hair above and a ‘mani’ – gem, atop, extra large earlobes, sharp narrower nose with pointed tip, lips almost with the same breath as has the nose, face with a broad upper and angular lower, eye-brows, almost like a flying eagle in distant sky, eyes covered under folds of eye-lids looking like those of an elephant, broad shoulders, tall arms but palms and fingers of moderate size, represents Lord Buddha seated cross-legged with feet turned upwards, having appearance of lotus-petals, a posture conventionalised in spiritual iconography as padmasana.

The image is unparalleled in its artistic merit and divine lustre. The composure on the face, the mode of his left hand with upwards turned palm, closed eyes and sublimity enshrining his entire being are obviously the attributes of ‘dhyana’ – meditation. One of the most attracting features of the image is the sheet of cloth wrapped around the Buddha’s body known in the Buddhist tradition as ‘sanghati’. Against the Buddha’s golden hued body the sanghati, draping his figure, overwhelms the eye with the magic of its rich lustrous maroon which its broad gold border designed beautifully and the sanghati’s more visible parts inlaid with gold patterns : shoulder, arm, knee-points …, further multiply. The artist has not conceived a seat to install his image. Rather, he has so arranged the gold border of sanghati, especially its lotus-like forepart : five bell-shaped loops, that it looks like a seat under the image. He has added beneath it just three legs, designed like a lion’s, two on the front and one on the back. Conjointly with them the border acquires a seat’s look.

The statue represents the post-enlightenment period in the Buddha’s life. It is after the realization has been accomplished that his right hand ejects proclaiming that the path to light has been obtained. With the twist and curve of its forefinger and thumb, a gesture conventionalised in iconographic tradition as ‘vitark’ or ‘vyakhyana-mudra’ – interpretive or teaching posture, it removes the veil of ignorance and brings the light in. The Buddha’s images in ‘vitark’ or ‘vyakhyana-mudra’ illustrate two contexts : one, the ‘dharma-chakra-pravartana’ – setting the wheel of Law in motion, the occasion of his first sermon that he delivered at Sarnath to his five prior colleagues after attaining Enlightenment, and the other, his journey pan subcontinent as the universal teacher. However, the portrayal of both in Buddhist sculptures varies from this image. While in the former ‘vitark-mudra’ is the both hands’ gesture, in the latter, ‘vitark-mudra’ is invariably the gesture of a standing or rather walking Buddha figure, not seated as here. 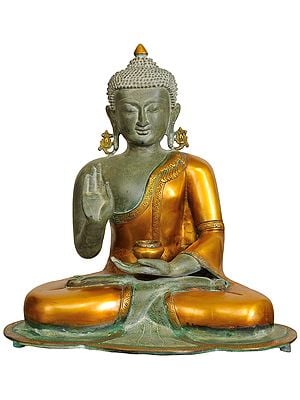 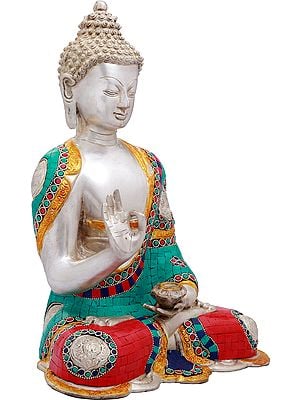 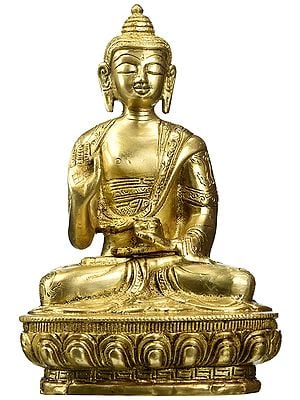 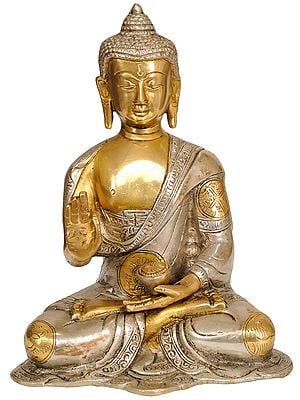 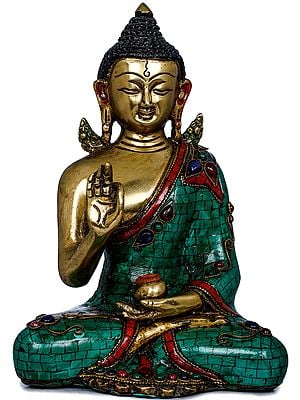 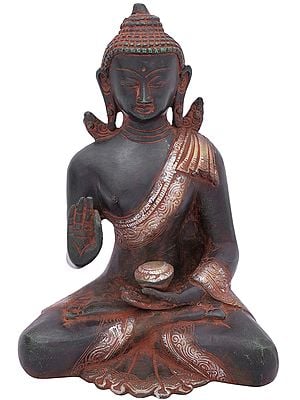 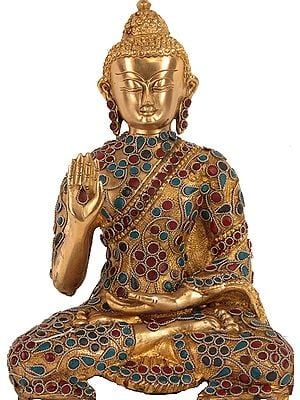 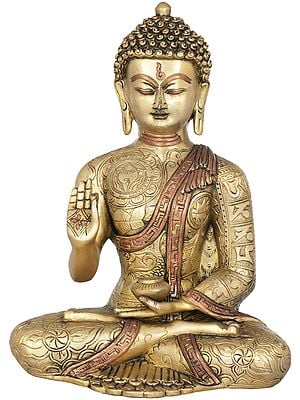 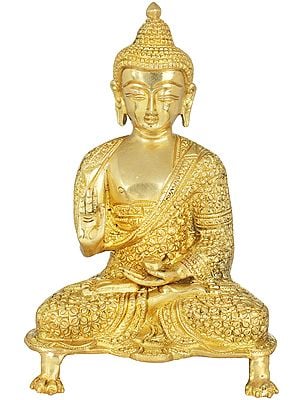 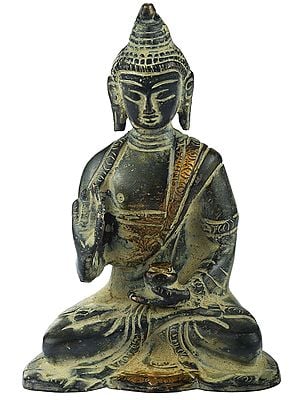 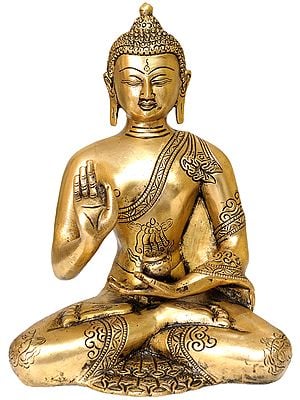 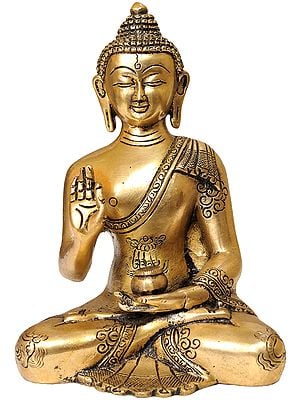 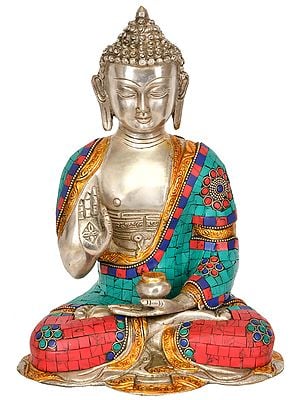 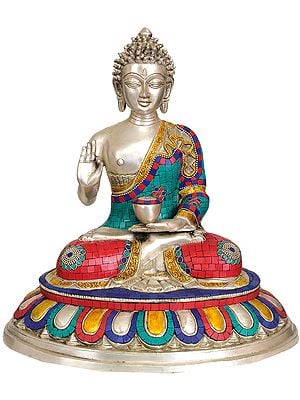 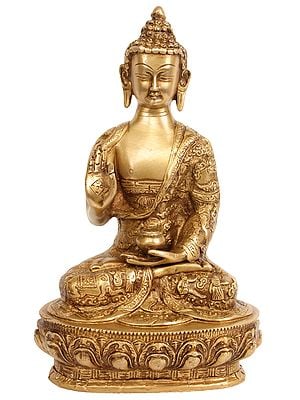 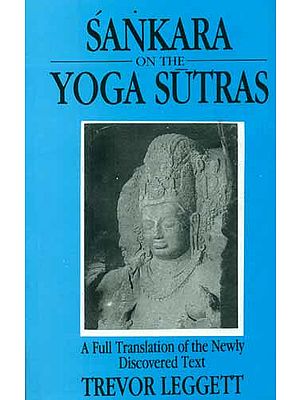 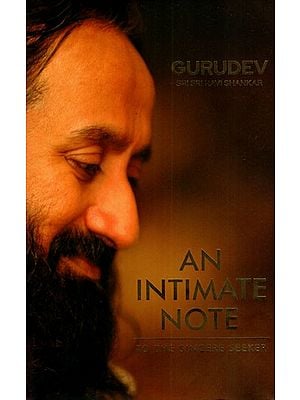