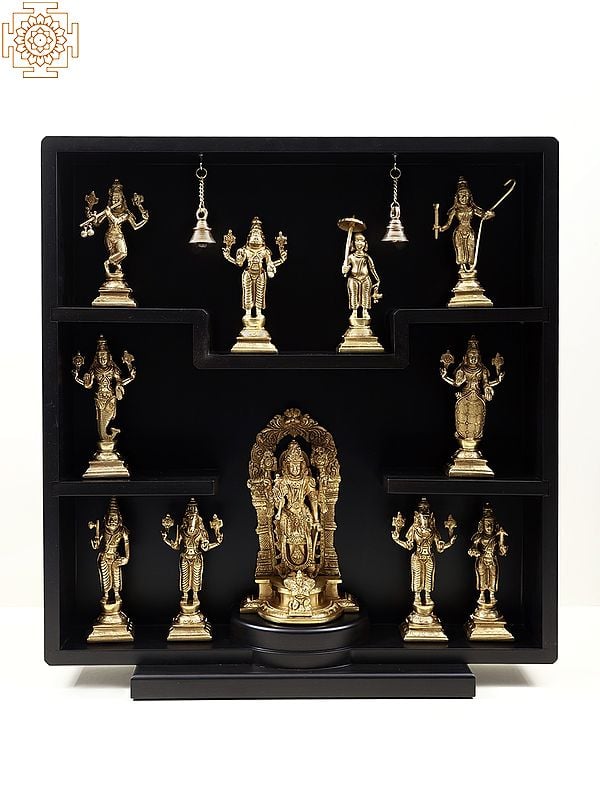 23" Lord Vishnu and His Ten Incarnations In Brass

Lord Vishnu, the preserver of the world regulates order in the universe. He assumes the human form and incarnates on earth to benefit mankind. The ten incarnations of Lord Vishnu are of great interest as he incarnates himself as fish, tortoise, and boar to half -animal, half-man, and eventually in the human form. Lord Vishnu exhibited the strength and intellect of animals who have always been considered mute spectators bearing the atrocity of humans for ages. Exotic India presents the brass idol of Lord Vishnu and his ten incarnations on a wooden panel with great precision and symmetry.

An detailed description on all the incarnations in the panel is available in the description section below:

The first incarnation of Lord Vishnu is of Matsya (the fish). He took this form to save the sacred hymns of the Vedas from being lost in the vast ocean. Here the incarnation is depicted in the upper half as human and lower half as fish with four hands bearing conch and discus while the other two hands are in Varada Mudra (for blessings) and Abhaya Mudra (for protection). The beautifully ornated idol is placed on the left side of Lord Vishnu.

In the second incarnation, Lord Vishnu appeared as Kurma (the tortoise) and became a pivot beneath the churning rod (Mount Mandara). The idol is placed on the right side of Lord Vishnu in a combination of human-animal forms. The personification of the objects held in hands is similar to that of Matsya.

The third incarnation was Varaha (the boar) when Lord carried the Mother Earth on his tusk and prevented it from falling into the vast ocean. It is located at the bottom of the wooden panel next to Lord Vishnu towards the right.

Lord Vishnu appeared as Narasimha (the man-lion) to kill demon Hiranyakashipu and protected his devotee Prahlad. This was the most ferocious form ever taken by the Lord. The idol can be located at the bottom top of the lord.

According to the fifth incarnation, Lord appeared as Vamana (the brahmana dwarf). The lord took three huge steps covered the entire world and deceived the demon Bali. After that, he released the water of the Ganges and purified the world of its sins. The remarkable element of the idol is the umbrella placed on top of Lord Vishnu onto the right side.

Lord Vishnu took the sixth incarnation as Parasurama and killed the warrior class twenty-one times as they continuously fought among themselves and created havoc in the society. Parasurama saved the world from the aggression of warriors. The most significant element of the idol is that it bears an axe in its right hand. The axe was the only weapon used by the lord to remove unjust from the world. The idol is placed on the extreme left of Lord Vishnu on the wooden panel.

The seventh incarnation of Lord Vishnu is Rama, the most revered one. Lord Rama killed the demon Ravana and returned to his kingdom Ayodhya after completing the exile of fourteen years. The beautiful idol is placed on top of the wooden panel in the extreme right.

Lord Krishna is the eighth incarnation of Supreme Lord. He ended the tyrannical rule of his maternal uncle Kansa, became an advisor to the Pandavas and guide of Arjuna in Mahabharat. This incarnation is widely adored and worshiped all over the world. His beautiful idol is located on top to the extreme left of Lord Vishnu.

The ninth incarnation of Lord Vishnu is Balarama (Krishna’s elder brother). He was known for his prodigious strength through many adventures. His decorated idol is placed at the bottom extreme right of the panel.

The tenth incarnation of Lord Vishnu is Hayagriva (horse -headed) worshipped for knowledge and wisdom. He instils speed, strength, and intellect in his devotees. His idol is located right next to Lord Vishnu.

In the center is the idol of Lord Vishnu in its complete grandeur and glory that is captured by the artisan in a fantastic aesthetic sense. The entire set weaves the vibe of harmony, positivity, and happiness in the surroundings.

From Top Left Corner to Right :- 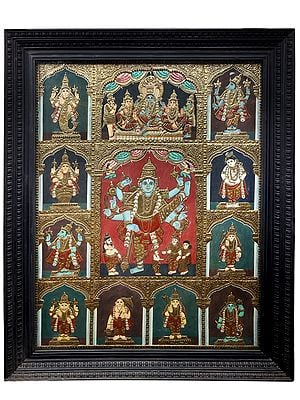 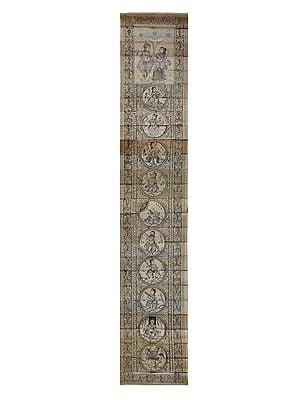 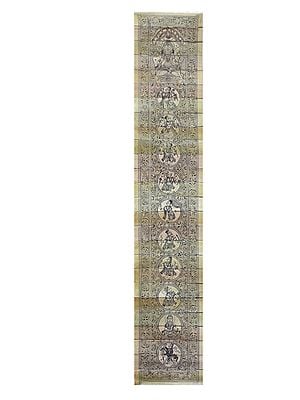 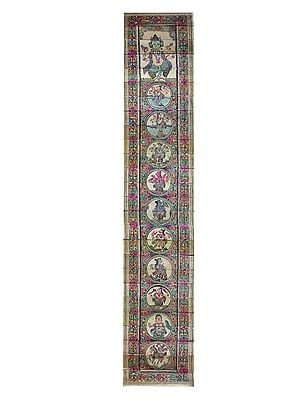 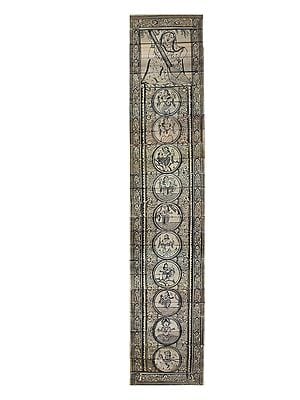 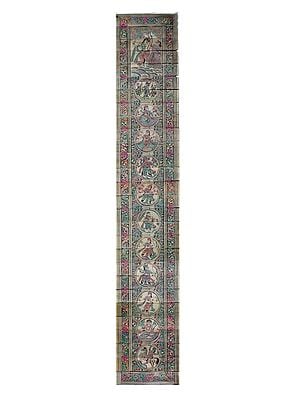 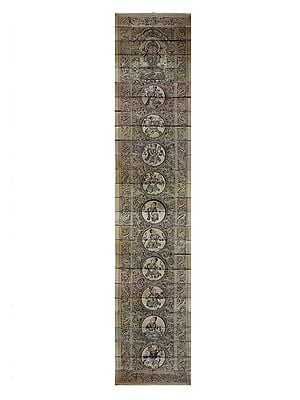 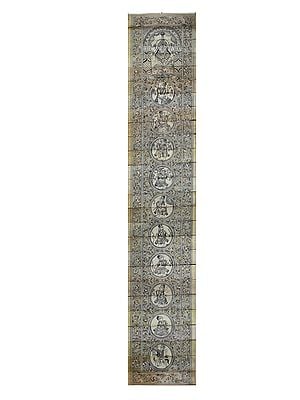 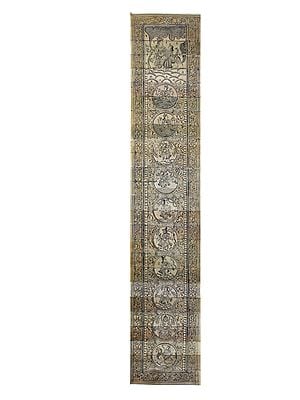 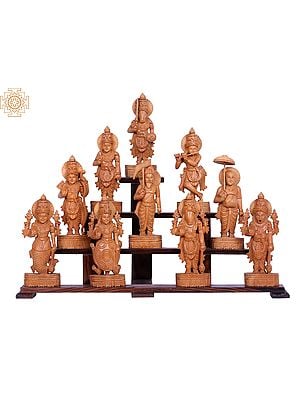