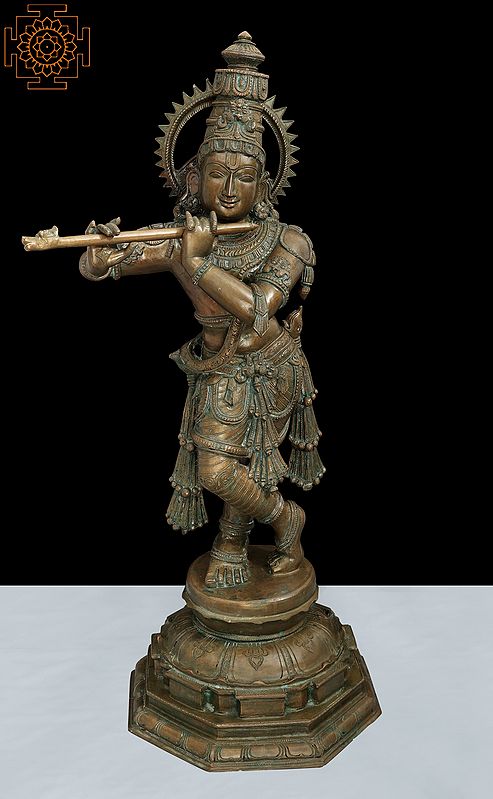 The unmistakable stance of the tribhanga murari. The Sanskrit word ‘tribhanga’ is a portmanteau of ‘tri’, which means three, and ‘bhanga’, which means broken or punctuated. It denotes the fact that the standing figure of the Lord is jutting out at three different junctures namely the shoulders, the hips, and the ankles. ‘Murari’ translates to one who is possessed of the flute, which is an integral aspect of Lord Krishna’s personality. As such, the tribhanga murari Krishna murti that you see on this page is a fine example of His classical, widely loved iconography.

Sculpted from bronze, the murti features a remarkable proportion of detail and symmetry. It begins with the tall, sharply engraved crown, a hallmark of Southern workmanship (where bronze sculpture has flourished since centuries ago now). A halo from which emanates rays as powerful as those of the setting sun. The handsome, smiling face of the Lord, replete with the Vaishnava tilaka on the brow. A world of adornments starting at the ears and neck and bringing out the beauty of Krishna’s form, all the way down to the ankles.

The flute in His hands is the supreme adornment of the Lord. From its long, slender body pours forth irresistible music that bewitches the milkmaids of Vrindavan as well as the mortals of ihaloka (earthly realm of existence). The feet of the Lord rest on the pistil of an upturned lotus. With its engraved petals and the octahedral base, it is a signature element of traditional iconography of the art of South India. 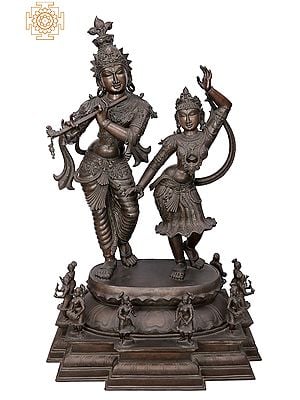 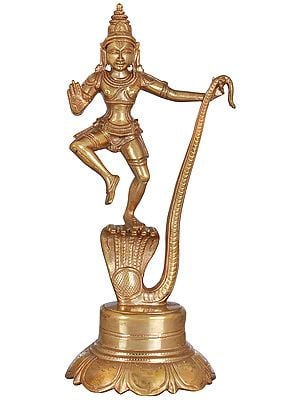 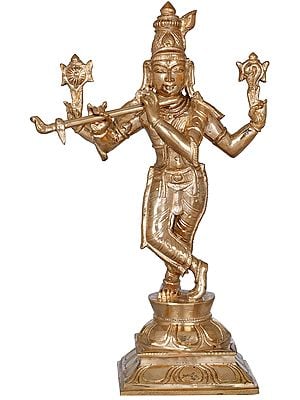 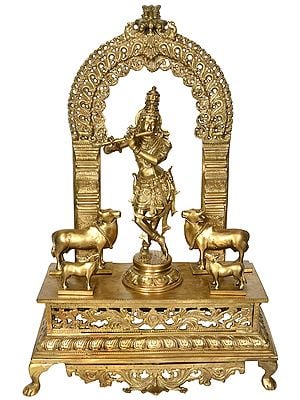 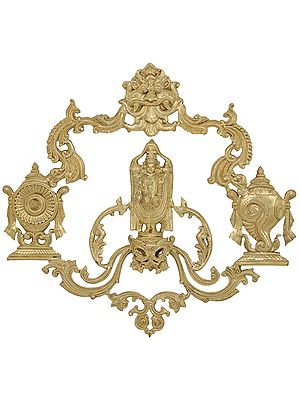 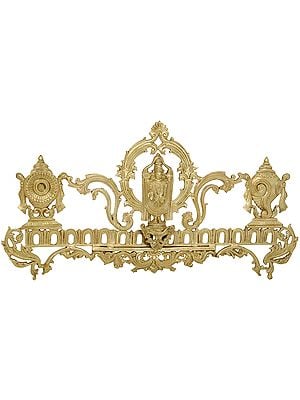 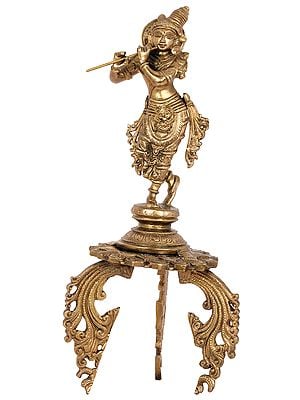 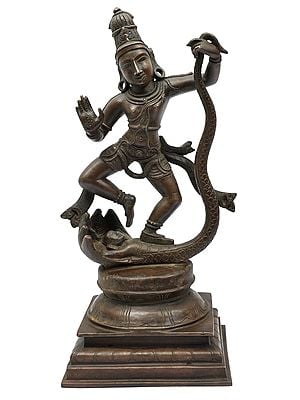 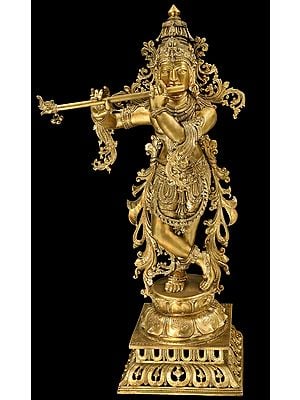 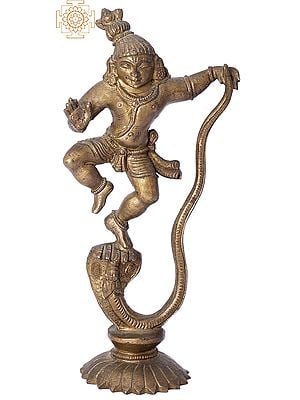 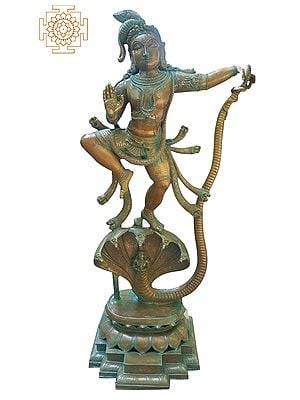 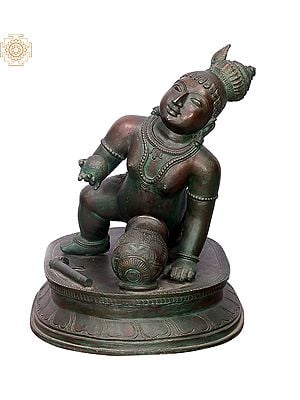 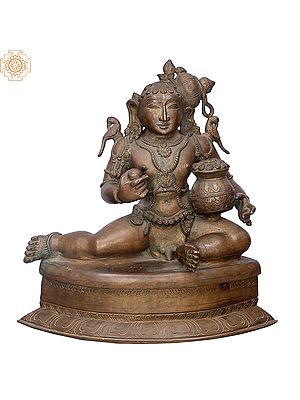 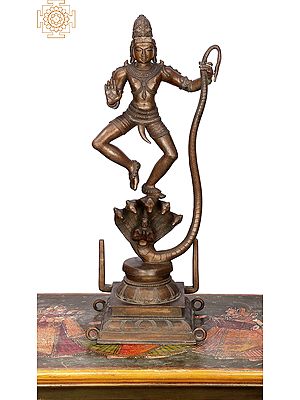 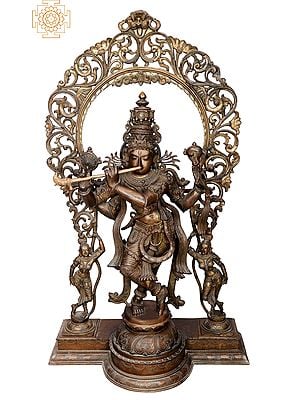 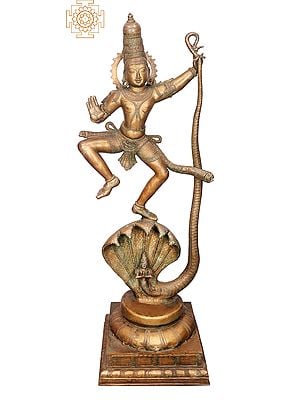 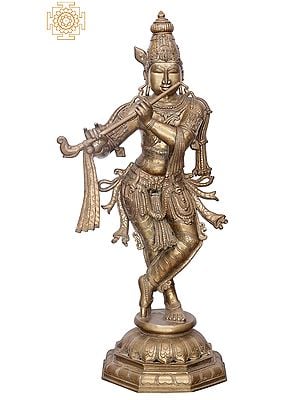 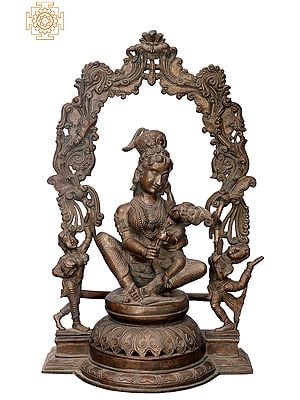 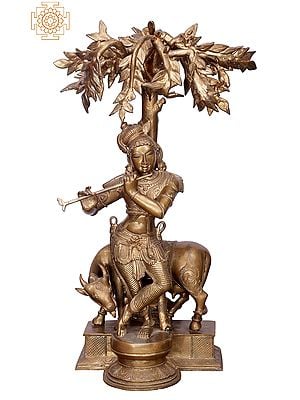