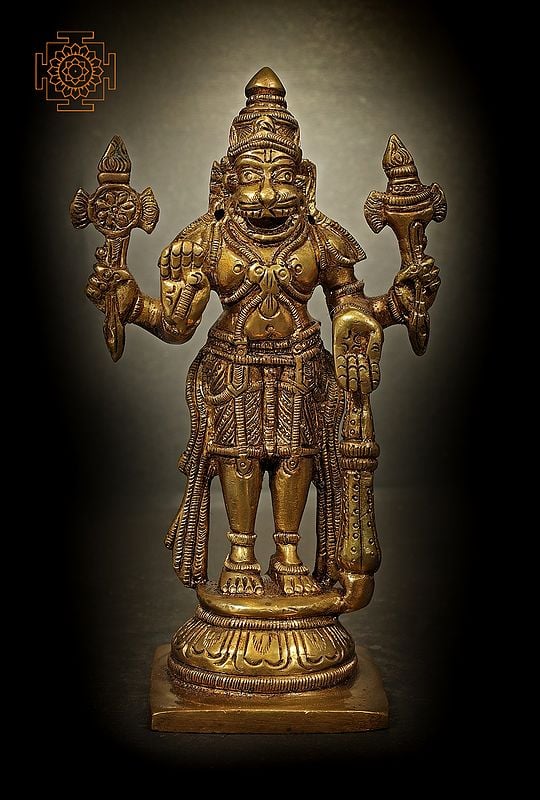 Narasimha is one of the most powerful and fiercest avatar of Hindu god Vishnu in an incarnation of half lion and half man to destroy evil and end religious oppression on earth, thus restoring dharma. This mixed creature was incarnated to kill the demon king Hiranyakashyap, who was blessed with a boon that he would be neither killed by a man or beast, nor in day or night and not even inside or outside a building; he tried to kill his son Prahlada for worshipping Vishnu, therefore Lord Vishnu as Narasimha (semi-man and semi-beast) knocked the asur (demon) down a pillar which was neither inside nor outside.

Narasimha is aptly sculpted here in the torso and lower body of a human with the face of a lion, having a dreadful wide mouth, projecting teeth and fiery eyes of rage and anger; blessing the devotees of fearlessness and carrying the iconic Sudarshan Chakra and Conch, carved stylistically in his rear hands.

This crowned head is garbed in a short length dhoti, fashioned in diagonal stripes, with its ends falling on either sides and ornamented in all powerful jewels.