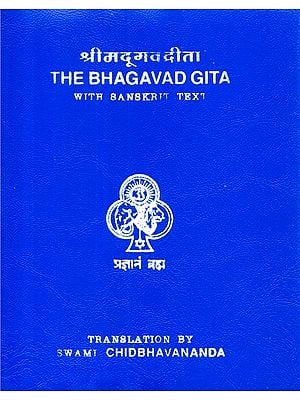 FREE Delivery
$20
Quantity
Ships in 1-3 days
Notify me when this item is available
Introduction
The Vedic Religion popularly known as 60,000 Hinduism owns the largest number of sacred 5,000 books. Even a catalogue of them is staggering to the unacquainted. The fundamentals of this religion are all contained in the Upanishads. The essence of the Upanishads is the Bhagavad Gita. It is a dialogue between Sri Krishna the Divine and Arjuna, the human. This conversation is placed in the battlefield to indicate that life on earth is verily a conflict between the good and the bad. The good triumphs ultimately.

The Bhagavad Gita is a treatise on Reality called Brahman. It has three categories - the Immanent Reality, the Transcendent Reality and the Absolute Reality., The phenomenal universe, is the Immanent Reality. It is not a mere mechanism as the materialist would view it. It is a divinely constituted training ground where, through pain and pleasure, through life and death, through friend and foe all beings are driven to evolve in divinity. The vision of the Cosmic Form that Arjuna was blessed with in chapter eleven in this book reveals this truth. It is the abode of all living beings. The Transcendent Reality or Iswara contains, controls and governs the Immanent. Sri Krishna is Iswara apparently embodied for the benefit of the devotee. All worship and adoration are to be offered to this Reality. The purified in heart can have access to Him even as Arjuna had. He bestows emancipation on them who perfect themselves. The sub-stratum of these two is the Absolute Reality, Nirguna Brahman or Pure Consciousness. Duality of any kind has no place in it. The salt doll does not survive sea bath. Even so the spiritual aspirant dissolves his individuality in this Cosmic Awareness -Prajnanam. This is the goal of human life. 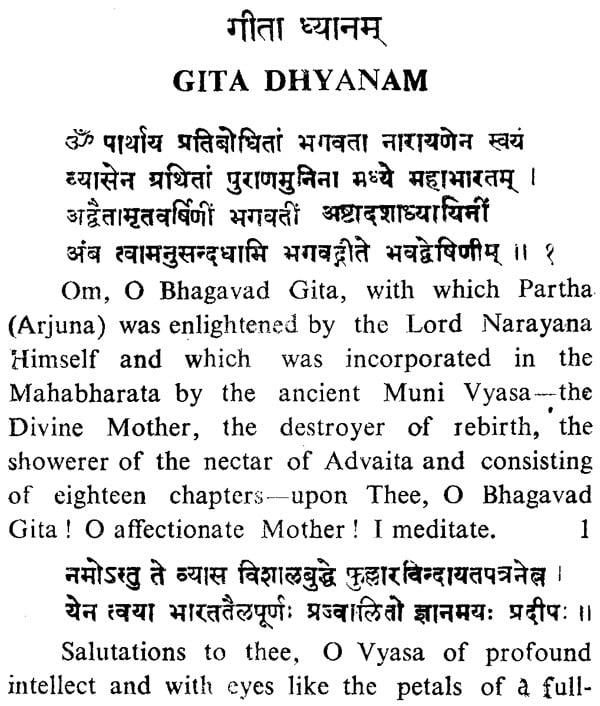 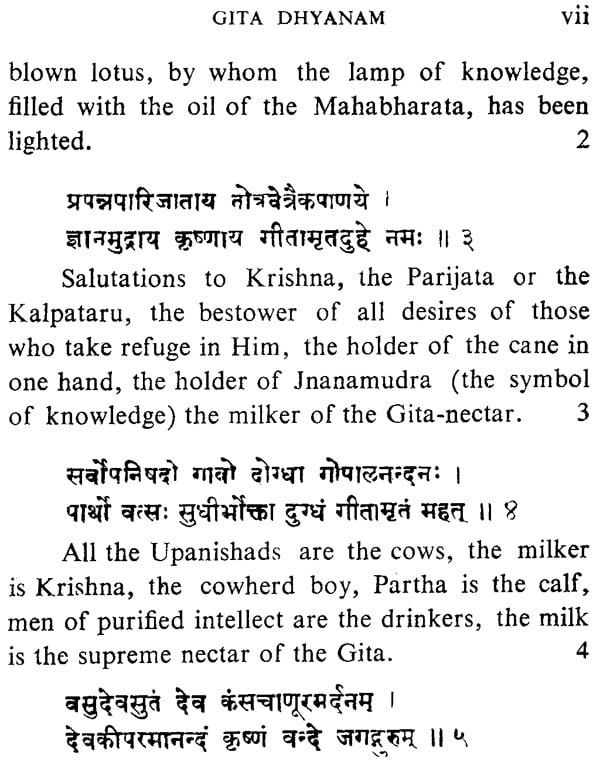 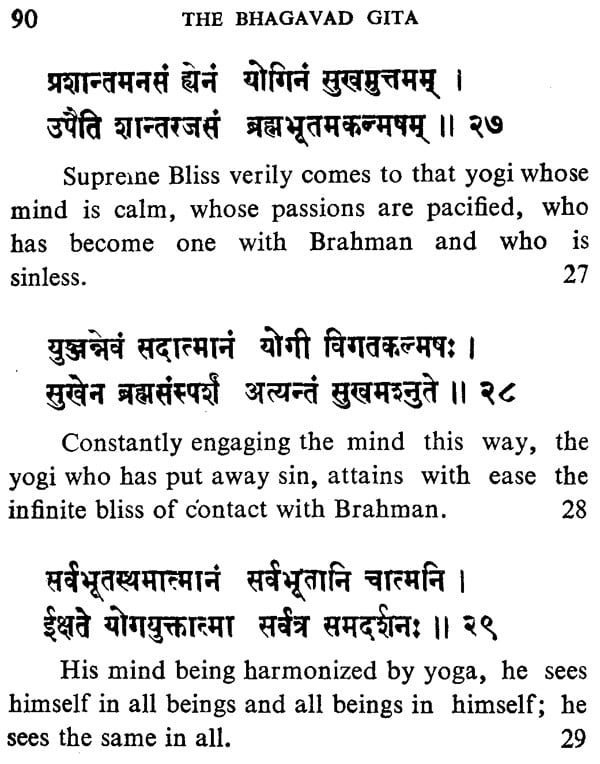 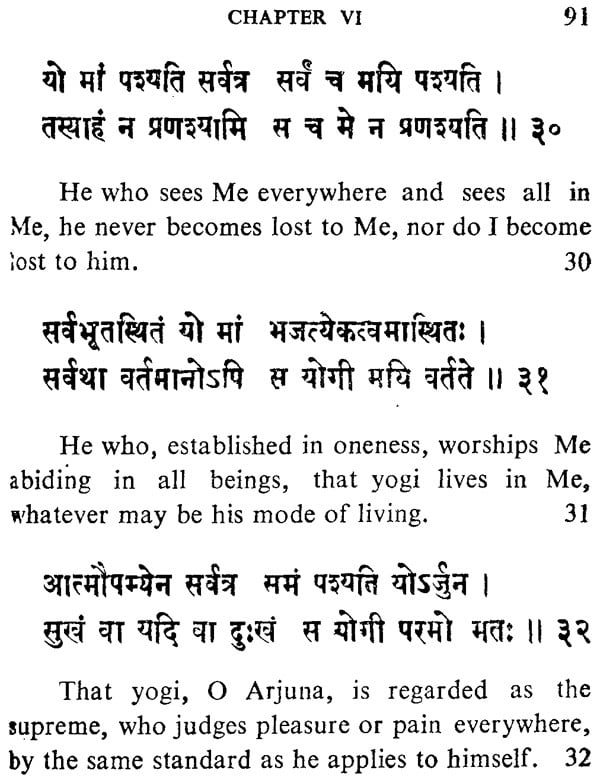 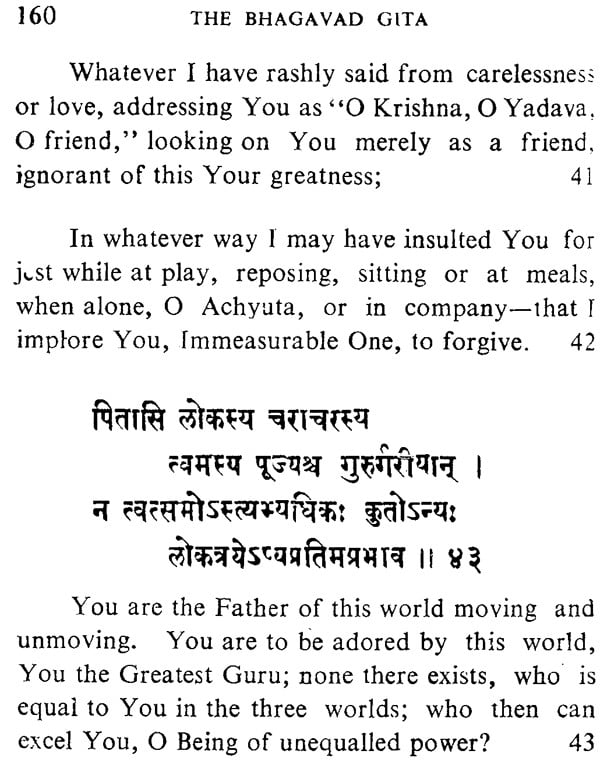 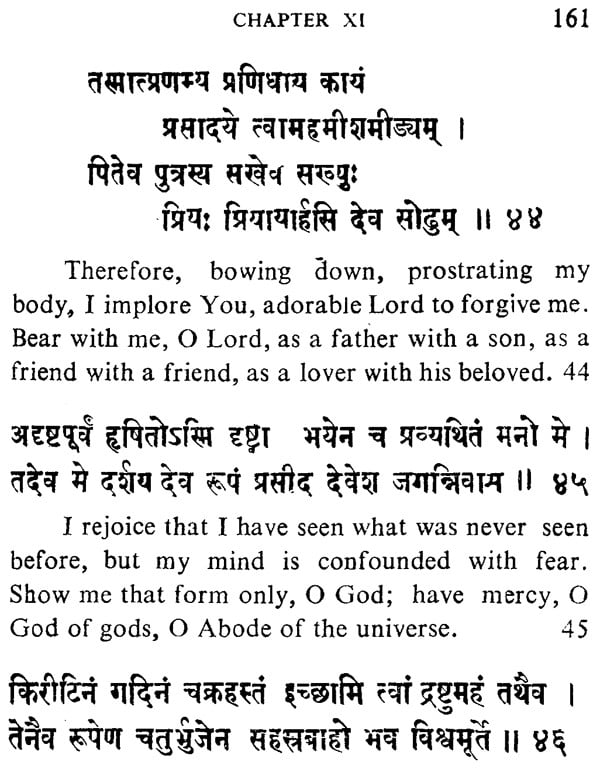 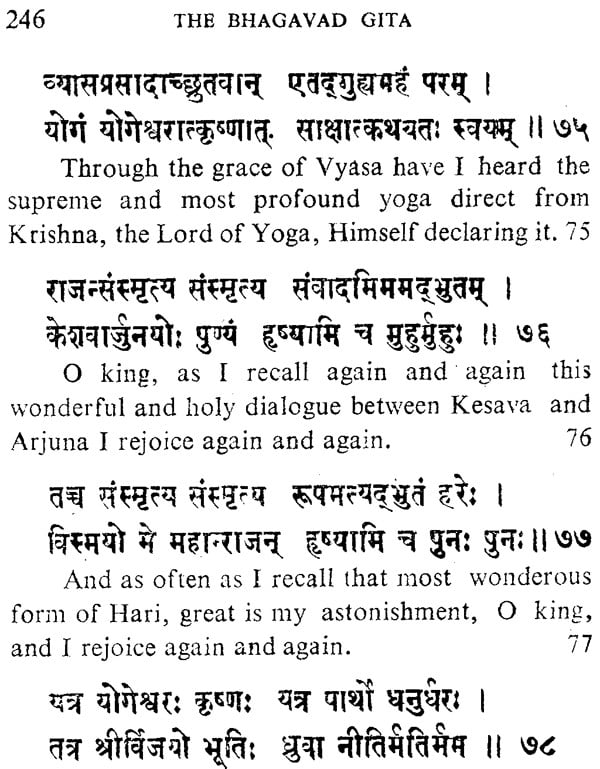 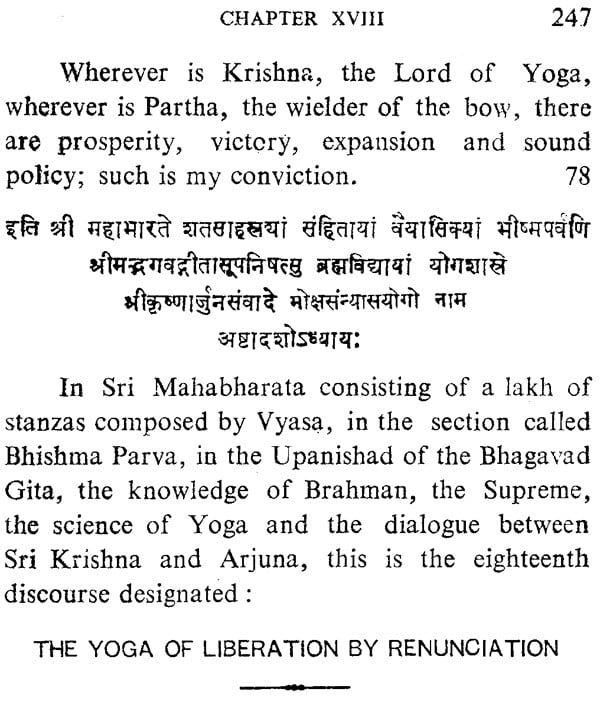