The Dictionary of Buddhist Iconography is an endeavour of half a century to identify, classify, describe and delineate the bewildering variation in Buddhist icons. It spans the last twenty centuries, and it is a comparative study of unprecedented geographic variations, besides the ever evolving visualizations of great masters who introduced extraordinary plurality of divine forms in the haranis and sadhanas.

The multiple forms of theonym arise in varying contexts. For example, Hevajra of the Hevajra-tantra holds crania in his hands, while the Hevajra of the Samputa-tantra has weapons. Both are subdivided into four each on the planes of kaya, vak, citta and hrdaya, with two, four eight and sixteen arms. The Dictionary classifies several such types of a deity and places each in its theogonic structure, specifies the earliest image, the direction in which it is placed in the specific quarter of the mandala, its classification, colour, crown or hairdo, ferocious or serene appearance, number of eyes and heads, hair standing up and/or flaming, number of arms and attributes held in them, consort, lord of the family (kulesa), and so on. The esoteric name, symbolic form (samaya), bija (hierogram), mantra, mudra and mandala are given in this Dictionary for the first time and on an extensive scale. The Sanskrit, Chinese, Korean, Japanese, Tibetan, Mongolian, Manchu and other names are given under the main entry, as well as cross-referenced in their own alphabetic order.

Prof. Lokesh Chandra is a renowned scholar of Tibetan, Mongolian and SinoJapanese Buddhism. He has to his credit over 400 works and text editions. Among them are classics like his Tibetan-Sanskrit Dictionary, Materials for a History of Tibetan Literature, Buddhist Iconography of Tibet and the present Dictionary of Buddhist Iconography in 15 volumes. Prof. Lokesh Chandra was nominated by the President of the Republic of India to the Parliament in 1974-80 and again in 1980-86. He has been a Vice-President of the Indian Council for Cultural Relations, and Chairman of the Indian Council of Historical Research. Presently he is Director, International Academy of Indian Culture.

The Dictionary of Buddhist Iconography is an endeavour of half a century to identify, classify, describe and delineate the bewildering variation in Buddhist icons, ever since the representation of the Buddha on a coin of the Kushan Emperor Kaniska. It is a continuation of the vast iconic materials and research that the author's father Prof. Raghu Vira had conducted since the 1930s. Thousands of index cards, microfilms, photographs, painted scrolls, statues, woodcuts, line drawings, sketches in manuscripts and xylographs, of Buddhist deities have been used in this Dictionary. It documents the art that arose in the hot plains and snowy heights of Asia and became the artistic and divine heritage of India, Nepal, Buryatia, Mongolia, Tibet, Central Asia, China, Korea, Japan, Srilanka, Cambodia, Thailand, Malaysia, Indonesia and other countries. The Dictionary spans the last twenty centuries and it is a comparative study of unprecedented geographic variations, besides the ever-evolving visualizations of great masters who introduced extraordinary plurality of divine forms in the dharanis and sadhanas.

Seventy long years of iconographic encounters have taught me that shapes come and go, and turn again as pure crystallizations of simplicity of faith and meditation of Bodhi. Interminable light becomes the aesthetics of presence. The transcendental divine multiplies sans and to be worshipped in embodied form: as an image, as a painted scroll, or in transubstantiation in contemplation. This fifteenth and last volume of the Dictionary is the culmination of my concomitance with the Buddhist images of Gandhara in the narrations of my father Prof. Raghu Vira in 1935 and the enduring serenity of the faces of Lord Buddha in the Lahore Museum. That mental journey has taken me to museums, libraries, monuments and monasteries all over Asia, Europe, Russia and the USA to see the rich Buddhist iconography of centuries that lends depths of resonance to form. They breathe the atmosphere of the spirit, as we discover our interior order. They awaken the mind, lift the veil from the hidden beauty of consciousness, and attract us to interstices of the void wherein is the eternal replenishing of human existence. Sunyata is the creative Void, whence spiritual values have their perennial flow.

This volume shows the iconic richesse of deities, e.g. Vayu has twenty-two forms from India, Nepal, Tibet, Mongolia, China, Japan, and Indonesia. Though some of them can be traced back to Classical texts, the others are derived from pantheons, painthings, sculptures and statuettes.

Vikiranosnisa is one of the eight usnisas to crush passions, to undo evil karmas, and to remove obstructions to Bodhi. Vikirana is the name of a samadhi in the Mahavyutpatti 569 and in the Sata-sahasrika Prajnaparamita 1420.18. He is also the central deity of the mandala both in anthropomorphic and bija form.

The aesthetic lexicon of the thirty-two forms of Yama with two, four or six arms pose the question: why so many forms and what do they transvalue? Does he also remotely reflect Yima and his Golden Age of the Iranian tradition?

The iconography of Yamantaka is the most prolix in this volume: sixty forms with two, four, six, eight, and twelve arms. He is to be contra-distinguished from Vajrabhairava: he has a ferocious demonic face while Vajrabhairava has the face of a buffalo (mahisanana). The confusion in their identification is frequent, and hence special attention has to be drawn to their distinction.

In his work on the Development of the Mongolian National Style Painting "Mongol Zurag" in Brief (Ulanbator, 1986), N. Tsultem identifies buffalo-faced Vajrabhairava as Yamantaka on plates 55 and 70.

I am happy to be able to complete this work: more music than body, more meditation than form, more a passion than a passage, more sculpts of the being than syllables on paper, and now that vision of years becomes the empty plenitude of the other bank, the prajnaparamita gone beyond (gate gate paragate para-samgate). I walk back to what left me: Sanskrit-Tibetan Dictionary to renew the invisible sounds (sabda) of the shadow and light of Tibet in the shatter and shrapnel of her culture. 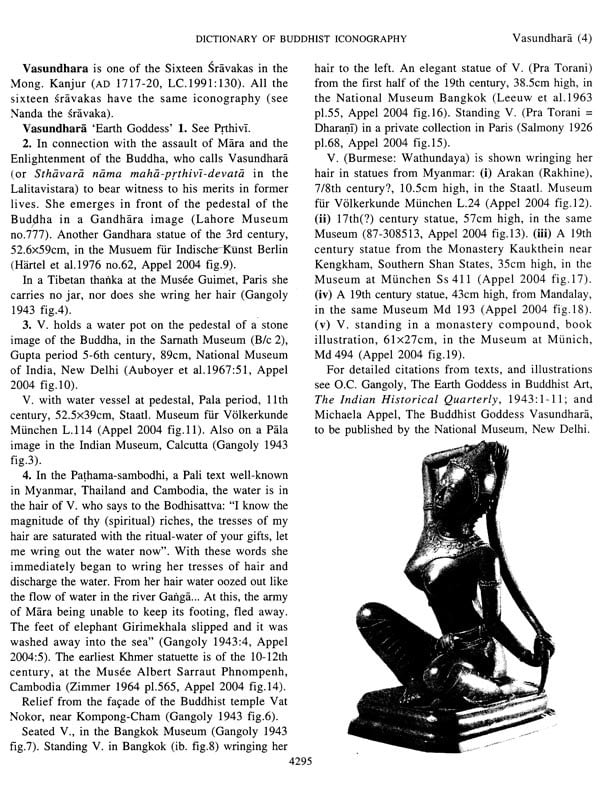 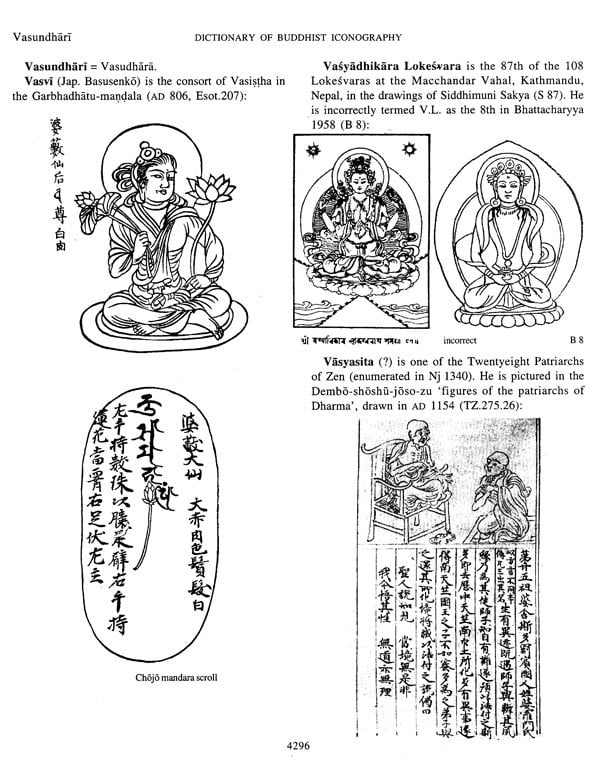 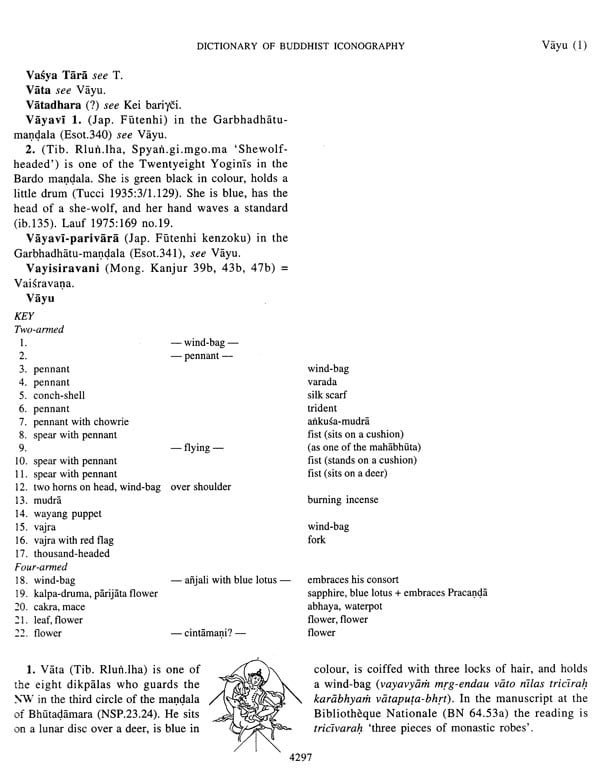 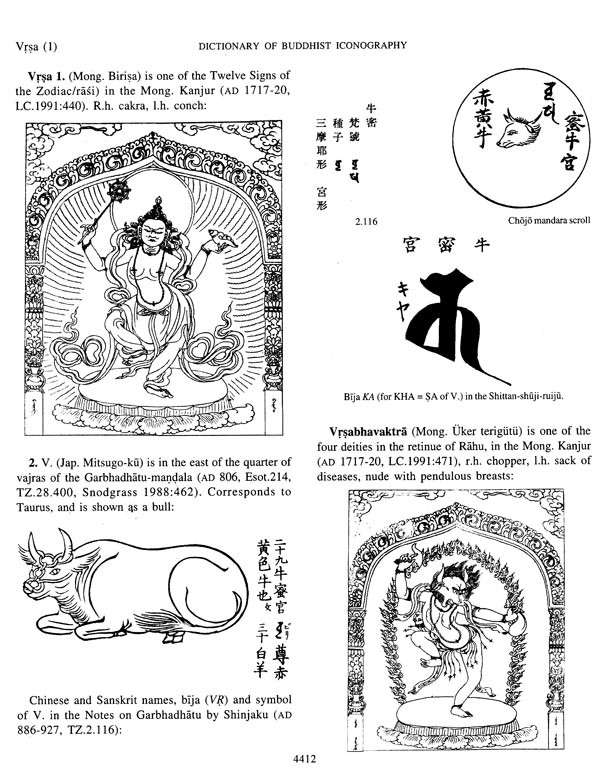 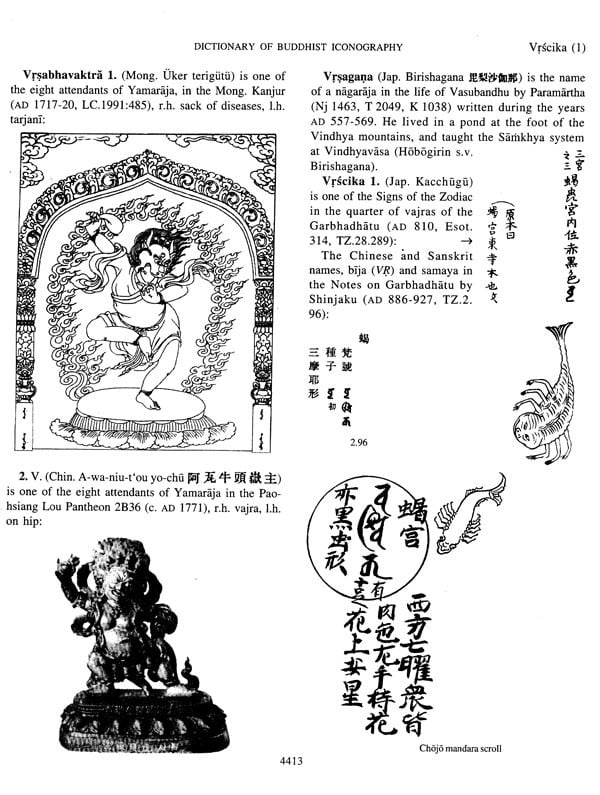 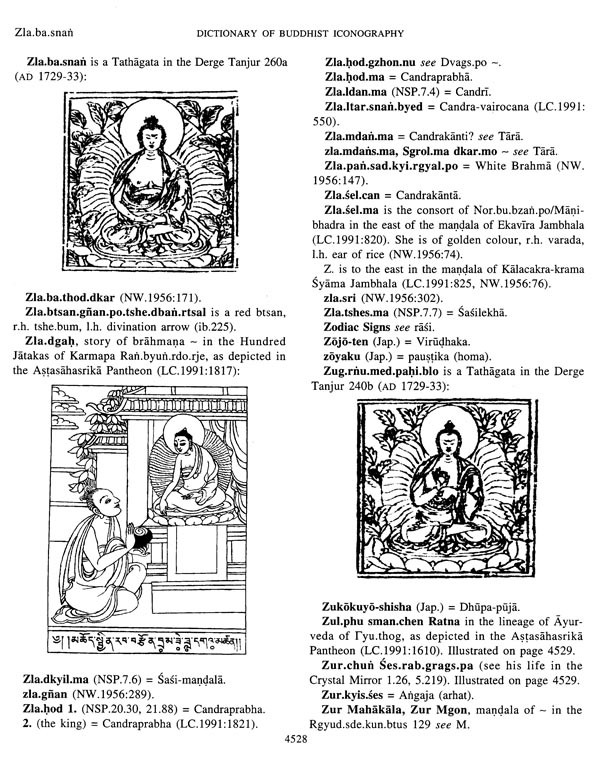 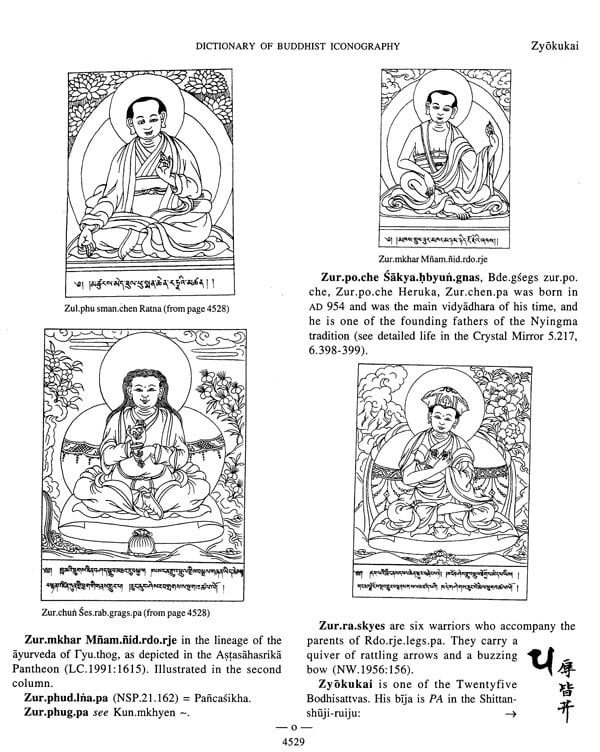 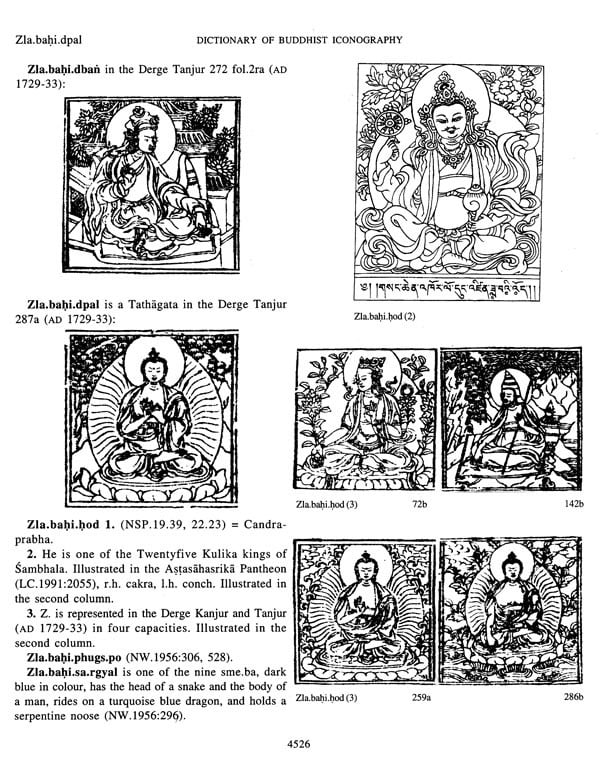