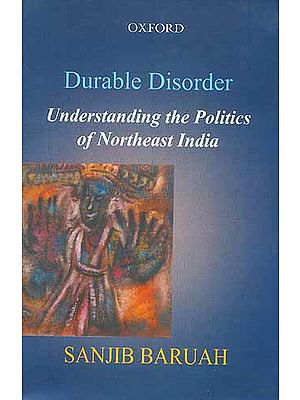 For decades states in India's Northeast have experienced ethnic conflict and suffered human and material losses due to insurgency and counter-insurgency operations. This book analyses the causes and seeks to comprehend the political meaning and significance of persisting political violence.

The author argues that prolonged counter- insurgency operations have eroded the democratic fabric of the region and institutionalized authoritarian practices. There is a growing dissonance between the idea of ethnic homelands and the actually existing political economy of the region that makes ethnic violence and internal displacements quite predictable.

The book explores the economic incorporation of the region into the global capitalist economy in the 19th century and the resultant conflict between global and local resource use regimes. It delves into the historical roots of the region's oldest armed conflict-the Naga insurgency, and carries a detailed analysis of the United Liberation Front of Assam (ULFA) during different phases of its power and influence.

The author argues for a reorientation of India's policy towards the Northeast and for linking it to a new foreign policy towards Southeast Asia. India should take advantage of the cultural and spatial Proximity of the northeastern states to the ASEAN region. The economic integration of the region with southeast asia thorugh the pursuit of a dynamic look east policy could go a long way in bringing about stability, peace and prosperity.

Opening new perspectives in our understanding of ethnic conflict and the meaning of democracy with specific reference to the northeast , this book will be of interest to students researchers and scholars in politics and history, journalists policy-makers, defence analysts, and the informad lay reader.

Northeast India's troubled post-colonial history does not fit easily into a standard narrative of democracy in India. A number of armed conflicts smoulder in this frontier region: the outside world is aware of a few of them, but only people living in remote war zones-and paying a price with their blood and tears-know the others. Reports of alleged brutality by security forces and private militias, and of popular protests against such brutality, make their way into the Indian media from time to time. But they do not capture national attention for long enough to provoke serious debates and soul-searching. The region seems distant from the hearts and minds of many Indians: its lush green landscape evokes the picture of another part of monsoon Asia, and the local people, in the eyes of many, look racially different. An undifferentiated picture of nameless 'insurgencies' and Indian soldiers engaged in the defence of ' the nation' dominate popular impressions of the region. This is hardly the climate for an informed and vigorous national debate on nearly four decades of failed policy.

It is difficult to reconcile the picture of dozens of low-intensity armed conflicts with the textbook idea that democracies are better able to peacefully resolve conflicts than non-democracies. While elections punctuate the trajectory of armed conflicts they do little more than confer an air of normalcy on both insurgencies and counter-insurgency operations. Yet the costs of letting armed conflicts fester have been high. As Vaclav Havel reminds us, societies pay an incalculable surcharge when following periods that history seems suspended the moment arrives for 'life and history to demand their due' (Havel 1989: 34-5). But on the scales used by India's security establishment such charges do not register.

Parts of India's human rights record in the Northeast would have put many other democracies to shame. Yet our debates appear to be stuck on a 'which came first: chicken or the egg' kind of a controversy on whether the security forces, or the insurgents bear the responsibility for the sorry state of human rights, or whether the Indian army, or insurgents are the worse violators, or on whether the region's fledgling human rights groups have a pro-insurgent bias. The Armed Forces Special Powers Act specially designed for the Northeast and that has remained in force for decades-despite popular protests-makes serious violations of human rights possible. The trouble that scholars have to go through to obtain permissions to visit many parts of the region-research visas being virtually impossible to obtain- challenges official claims that a stable peace is round the corner. The supposed imperatives of counter-insurgency provide a cover for a virtual loot of the public treasury and a corrosion of values in public life. Insurgent groups routinely perform crucial state functions such as tax collection ('extortion') and the provision of security to their ethnic constituents. These aspects of Northeast India's informal governance structure seems to have more in common with some weak and failing states of Africa than with the powerful Indian state that those who talk of a resurgent India imagine it to be.

The book has grown out of my sense of puzzlement about how democratic India tolerates the Northeast Indian exception. The region's troubles are usually framed as the 'insurgency problem.' But whatever the value of debates between academics and military generals on how best to fight insurgencies, counter-insurgency as an intellectual stance has produced neither path-breaking scholarship nor political positions that are defensible on ethical and moral grounds. Nor has it succeeded in the goal it has set for itself, that is, ending armed conflicts. Durable Disorder is an invitation to think about the region's political troubles outside the hackneyed paradigm of 'insurgency'. It is an effort to think beyond the developmentalist mind-set that turns a blind eye to today's sufferings in the name of abstractions such as nation-building and development. I hope it is a step towards rescuing academic and policy discourse from the iron-grip of colonial ideas about castes and tribes; languages and dialects; and hills and plains-often dressed up these days as 'ethnic studies'. Many nineteenth and early twentieth century British scholar- administrators would have been astounded, and embarrassed by the appeal made more than a century later, to their often tentative ideas. Durable Disorder is a call for a critical engagement with India's Northeast policy, keeping in mind Mrinal Miri's admonition that the idea of a nation having a 'policy' towards a part itself is odd (Miri 2002). Are Northeast India's troubles a sign of cracks along a racial fault line between India and its Northeast?

Much of the material in this book was published earlier, mostly as articles in journals and magazines. The primary reason for reprinting them is practical: to make them available in India, especially those that were published in European and American journals to which very few people have access. However, I could not avoid the dilemmas that all writers who gather previously published articles into a book must confront. If the articles need a lot of revision, as Clifford Geertz once said, 'they probably ought not to be reprinted at all, but should be replaced with a wholly new article getting the damn thing right.' And 'writing changed views back into earlier works' is a problematical enterprise. It is not wholly cricket, said Geertz, and it 'obscures the development of ideas that one is supposedly trying to demonstrate in collecting the essays in the first place' (Geertz 1973: viii).

In revising these articles I chose a middle path. The first end note to each chapter indicates when and where the original version was published. I left the arguments of the original articles intact (except for a change in a key term in Chapter 6 that I explain in endnote 3 of the chapter). Readers will easily recognize how my ideas have changed over time. I eliminated the background material that Indian readers would have found unnecessary. Certain articles, however, needed updating. For instance, the argument about 'Generals as Governors' in Chapter 3 would have been unpersuasive without some reference to developments since 2001. While rewriting it, I took the opportuniry to expand parts of the essay, especially a section on the history of ideas that had to be kept short in the original magazine essay. 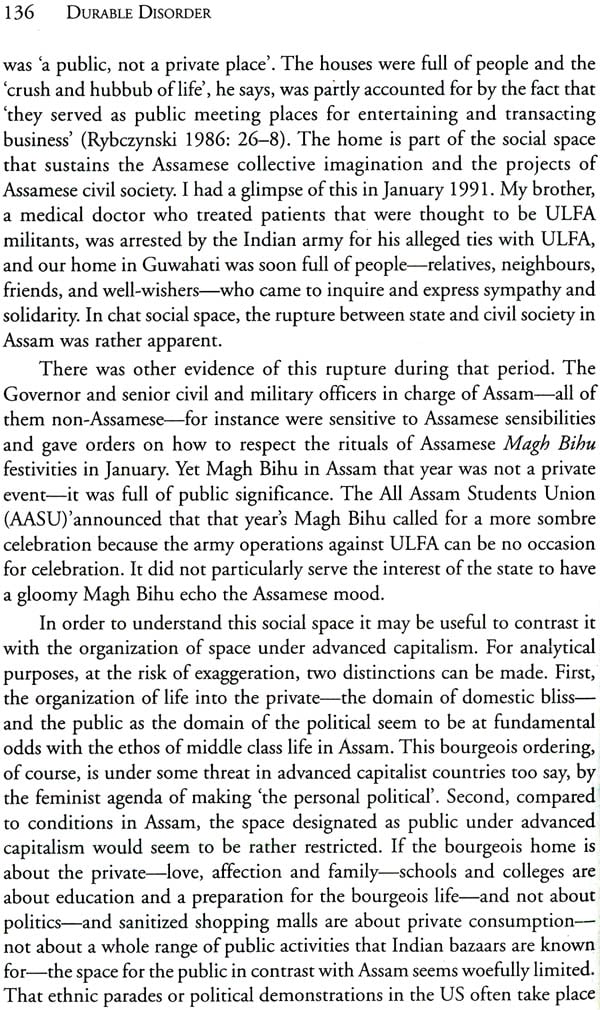 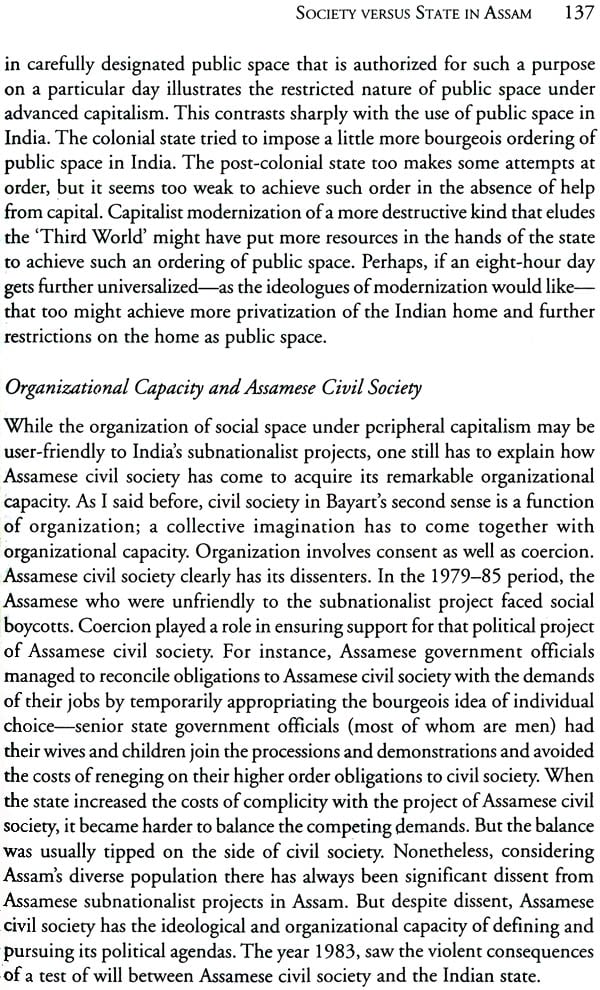 The Nocturnal Court Darbaar-e-Durbaar The Life of a Prince of Hyderabad
By Narendra Luther, Sidq Jaisi
$21.75
FREE Delivery
$29  (25% off)