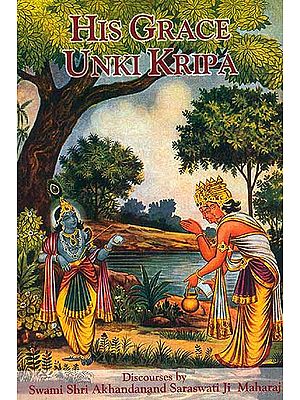 Our Maharajshri-whose talks are the contents of this booklet- used to say, "When we were little children, an Uncle wrapped himself up in a black blanket, and made frightening noises, to scare us, children. We all fled in fear, thinking it was a ferocious bear. Just ten, my Father and other elders came up, and laughed to see how frightened we were. They said, 'Children, this is not a bear. It will not catch and eat you. Oh, this is your Uncle!' The blanket was removed, and our Uncle emerged. Our fear was gone!"

In the same way, life brings situations, which frighten us. There, too, is our 'Uncle', wrapped up in a black garment. We fail to realize that this Uncle is the Paramatma. We have to accept whatever He gives us. It is useless to have any vanity, because our welfare lies in whatever He does. A person who has this conviction is eligible for liberation (from rebirth). Grace is a part of the Lord, just as light is a part of the Sun. It is not that we have to wait for the day that the Lord will shower Grace upon us. If you await the Grace as something, which the future will bring, then you are spurning the Grace, which is being showered upon you now. So, take a good look at 'His Grace'!

What you consider to be a sorrow, a misfortune, a fallacy is filled with the Lord's Grace, and only His Grace. The Grace showers everywhere, constantly and consistently. There is no need to anticipate its arrival; the need is to see the presence of Grace. The worked sameekshaa (to see the presence) was used by Brahmaji. Furthermore, the syllable'su'(good) is added to sameekashaa, making it: susameekshamanah.

This is with reference to the eighth shloka of the fourteenth chapter of the tenth Canto of the Shrimad Bhagwat. Brahmaji has gone to see the sweet frolic of the Lord Shri Krishna. He is filled with the pride of being the Creator of the world. He sets out, prepared to test the Lord. However, all the cleverness of his four heads was of no use! The dancing young son of Nanada dealt such a blow, that Brahmaji realized that he had made a grave mistake. "I am so foolish before Him," thought Brahmaji. You can see the entire episode in the Shrimad Bhagwat Mahapurana. Don't just read it; join Brahmaji by adding your voice to his, in praise, and fold your hands, and experience the nectarine Grace showered by a glance of the playful form donned by the Lord.

What will happen, then, is that you will realize that all the visible and invisible matter of the world, is a form of the Paramatma. The Lord showed Brahmaji a Creation which ad no maya, no particle of matter, no fruits of past Karmas, no tangible cause, and no antahkaaram(subtle body). The world which we perceive is nothing g but the Lord. Read the lucid elaboration of this in this little booklet, "His Grace".

His Grace is that it inspires Sadhvi Kanchan to transcribe, with deep love and faith, the recorded talks of Maharajshri. I experience His Grace, in those moments of exultation, when Shri Mahantji and Doctor Swami say, "Babaji, this has to be brushed up, and printed." Although I have delayed, I have not neglected this work.

Lastly, I include, in His Grace, the Grace of everybody involved, and thank them on behalf of the Sat Sahitya Prakashan Trust. 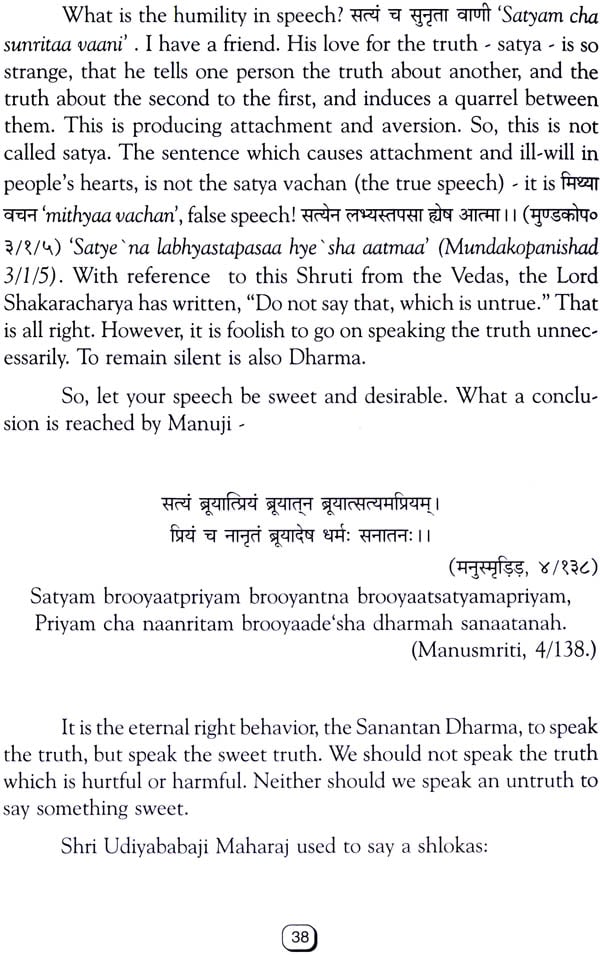 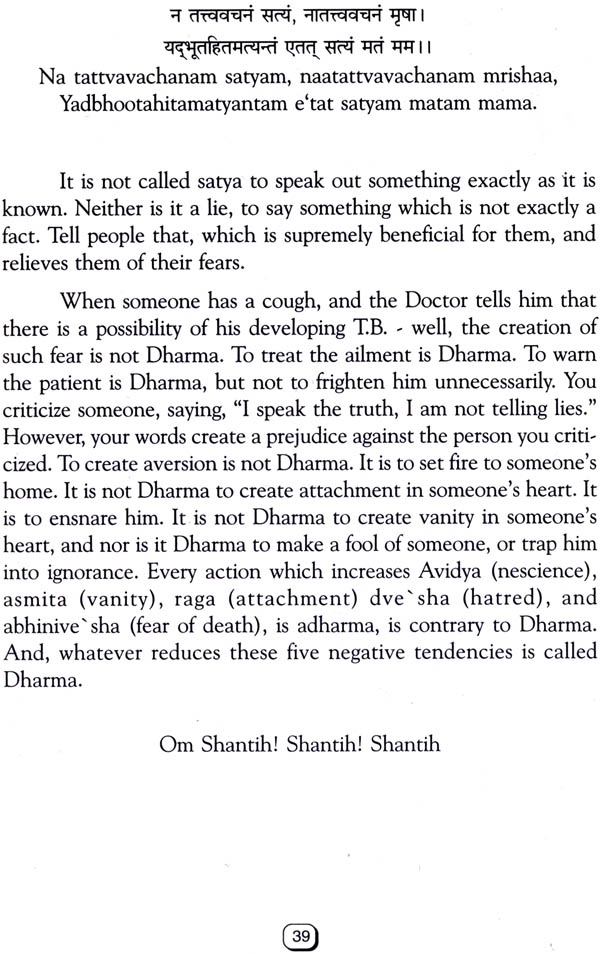