FREE Delivery
$38.50
Quantity
Ships in 1-3 days
Notify me when this item is available
About the Book:

Dance in India has been deemed sacred because of its innate capacity to visualize and actualize the deepest philosophical concepts through gestures, movements and the art of suggestion. Immediate collective transcendence is possible only through dance when the dancer disappears and melts away in the dance and when the audience is transported to the realm of rasa srishti, the pure aesthetic delight.

Any attempt to transcribes and describe dance through words is bound to remain incomplete for dance is a visual art. In India, it has sat atop a pyramid of various art forms with roots in oral and written history. As dance in India freely uses literary and poetic works taken from all vernacular languages, its repertory is rich beyond imagination. Vocal and instrumental music provides a constant accompaniment to translate ideas contained in these literary texts. A profusion of intricately carved sculptures on temple-walls have kept the forms alive even through dark periods of unsympathetic foreign rule. Dance has inspired a wealth of stone, metal and wood carvings, frescoes, murals and miniature paintings as well as textiles reflecting a panorama of dance movements. Special ornaments used by dancers have had a tradition of being crafted by hand. The art of decorating hair with different kinds of arrangements of flowers and fragrant leaves according to seasonal availability and suitability was specially taught as an additional accomplishment of a dancer.

This book urges the reader to take a plunge in the ocean of ambrosial knowledge, which is called natya vidya.

In a career spanning almost half a century on Stage, Sonal Mansingh has danced all over the world.

A master of Odissi and Bharatanatyam and with a background of decades of training in Chhau (martial dance from Orissa) and Indian music, she has created original choreographies based on Indian mythology as well as on contemporary issues. She founded the Centre for Indian Classical Dances in Delhi and was honoured with the Padma Bhushan in 1992 and Padma Vibhushan in 2003. Sonal Mansingh is thus the first woman dancer in independent India to receive this honour. Of late, her work focuses on contemporary issues of social relevance concerning women, environment, prison reforms and renewed interpretation of the ancient myths to reflect the existing milieu.

Avinash Pasricha, renowned Indian photographer, has been capturing the magical world of Indian performing arts for more than four decades. He is the former photo-editor of the magazine, SPAN.

Combining every aspect of the Indian theory of creation, the figure of Nataraja, as envisioned by sages and seers in their deepest meditations, has withstood the testimony of time, millennia after millennia. The dark unknown mass, now discovered by astrophysicists and scientists, was known to India as Shiva (that which is auspicious and exudes beatitude) or as purusha (that which was before everything). Charged by vibrations, which arise, just as a desire arises in the heart and activates a person to act, in the mass or matter, Shiva was galvanised, forming innumerable atoms of creation in a process which is still on and promises to continue for an unknown number of time-cycles yet to come. We have now learnt through intricate calculations of great minds that space is elastic, ever expanding, limitless, and in this space swim innumerable galaxies, each containing millions of solar systems, starts, milky ways and black holes.

Such a mystically majestic discovery is not a gift of our own 20th-21st century only. This was known to Indians early enough who, instead of confining such a vast vision only to science and mathematics, gave it a poetic metaphor and thus was born the concept of Shiva Nataraja.

Once the dark unknown mass which emits no light but is the cause for creation to come into being was transferred to metaphorical realms, there was no looking back. Every known natural and scientific process was represented as attributed in this metaphor. This is how one has to look at the figure of Shiva Nataraja to comprehend the exact moment of creation, the Big Bang.

Four arms show the superhuman status as also indicate the engulfing of the four directions. The left upper arm holds fire, symbolising light. This is the light of knowledge, which helps in God-realisation. The right upper arm holds a small damaru (drum), signifying those subtle vibrations of sound that are at the root of every form in creation. The left lower arm is thrown across his torso towards right and points downwards at the uplifted left leg, indicating elevation of all beings from their mundane existence. The right lower arm rests on the left in a gesture of abhaya (fear not). It is both a benediction and a promise. The right foot is firmly planted on the back of a gnarled and twisted figure of a dwarf, who is apasmara-a symbol of darkness, ignorance and arrogance. River Ganga flows out of Shiva's flying hair. The root of the name 'Ganga' is 'gam' meaning 'to go', 'to flow'. Therefore, everything, which is in the form of a flow is called Ganga, including the flow of life. A crescent moon like a thin silvery sliver shines on his forehead. This is the moon on the second day of bright fortnight signifying a continuous play of waxing and waning in creation. He is draped in a tiger skin to show his victory over every ferocious and fearsome element. Viewed from behind, a bronze statue of Shiva Nataraja demonstrates a supple serpentine spine with the body perfectly balanced on the right foot. The plumb-line of the body from head to toe is absolutely straight. The aura of fire around the figure is the manifested creation-which comes into being as his dance progresses. This is the moment of cosmic creation.

India, home to one of the most ancient civilisations, is a unique example of cultural and geographical diversities. Dissimilar cultural practices are deeply rooted in people's daily lives even in the 21st century. Indian history is the fruit of geography, and geography the root of history. The history of several millennia has merged with phenomenal geographical variations to create the incredible Indian of today.

India is incredible in its landscapes, and the people who adorn her. Its rituals and traditions; sculptures and paintings; dance, music and theatre; handicrafts, fairs and festivals; monuments and manuscripts; and its varied cuisine-each is a definite statement that only India can proudly pronounce.

Myriad streams and rivers have been flowing for centuries in their own special terrain, sometimes forceful, sometimes gentle. Despite all kinds of obstacles, they flow on. When these waters reach the ocean, they mingle, and become one huge ocean. Similarly, these diverse, astonishingly rich and colourful cultural currents create a harmonious hymn known as India, even as they retain their unique individual identity.

This series of Incredible India presents 10 books on different cultural aspects of the country, written by well-known experts on the subject. This book on Indian classical dance has been written by one of India's finest danseuse. As she traces dancing figures in ancient civilisation, describes dancers from the Vedas, narrates various interpretations of the cosmic dance of Shiva Nataraj she covers the span of 5,000 years. For those who are involved in classical dance, music and theatre the famous treatise of Bharata known as Bharata Natya Shastra is an important point of reference. For Sonal Mansingh it is a milestone on highway.

The author, herself being an exponent of Bharatanatyam and Odissi, has described Bharatanatyam of the sough quite at length. After that she covers Odissi from Orissa, Kathak from the North, Kathakali and Mohiniattam from Kerala, Manipuri from Manipur, Kuchipudi from Andhra Pradesh, and Sattriya from Assam. Talking about any Indian art is never complete without touching upon its interconnectedness with other art forms. It is fortunately so because that denotes Indian-ness to the art, even when it is taken up individually. This book is enriched with the author's personal anecdotes.

Avinash Pasricha has a treasure trove of photographs so far as dancers and musicians are concerned. He has been capturing them in his camera from various angles, in different moods and costumes, at all kinds of locales, be it at the seashore, inside or outside a temple or in an air-conditioned auditorium!

India From Within (A Guide to India’s History, Religion, Arts, Culture and Society)
By Alvaro Enterria, Preface by Mark Tully
$36
FREE Delivery 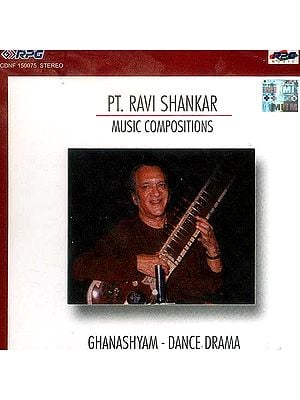 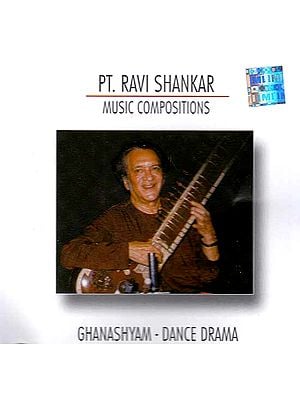 India From Within (A Guide to India’s History, Religion, Arts, Culture and Society)
By Alvaro Enterria, Preface by Mark Tully
$36
FREE Delivery

The Melodic Garland (Biographical Dictionary of Composers, Musicians and Dancers)
By N. Rajagopalan
$37.60
FREE Delivery
$47  (20% off)