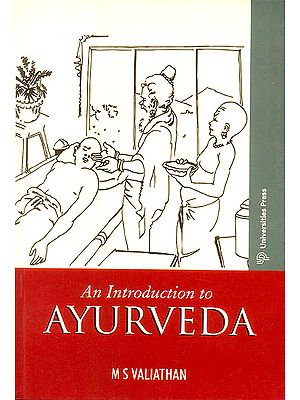 An Introduction to Ayurveda

Ayurveda, or the science of long life, is the ancient system of medicine that had been widely practiced in the Indian subcontinent for several centuries. Although the term itself does not find mention in Vedic or Buddhist texts, the principles and practices of Ayurveda were developed from systematic study and practices of Ayurveda were developed from systematic study and practice as embodied in the early Vedic text to the celebrated Samhitas of the Brhatrayee and the remarkable Buddhist influence in between. It is this exciting journey that Dr Valiathan retraces in An Introduction to Ayurveda. The book seeks to acquaint the readers with the evolution of Ayurveda from being a faith-based system to what is now regarded as a reason-based one. It covers the important branches of Ayurveda, the techniques and instruments that were developed and used. The education and training that was planned for aspiring practitioners are also discussed in lucid and accessible language.

Dr. M S Valiathan is a noted cardiac surgeon and his long and distinguished medical career consists of many accomplishments, including devising a new type of heart valve. He has been involved in the comparative study of system of medicine, especially Ayurveda as the National Research Professor at Manipal University. He is the author of the well-know Legacy series on the three pillars of Ayurveda—the Brhatrayee—Charaka, Sushruta and Vagbhata (also published by Universities Press).

Since the publication of my Legacy series on Charaka, Sushruta and Vagbhata in the last decade, I have been urged by a number of students of medicine and science in our colleges and universities to write a smaller and simpler book which would enable them to get the 'big picture of Ayurveda'. They were particular that the book should be authentic and not be mixed with mythology, yoga and other systems of medicine and be unburdened by details of formulations. I have made an attempt in this introductory book to address their wish, and thankfully acknowledge the feedback I received from several students who read my first draft. I have also greatly benefited from the learned comments of Professor RH Singh of Banaras Hindu University, Varanasi, which made me revise my draft and make it more purposeful. I extend my deep appreciation to him, and to Dr MR Raghava Varier and Dr P Madhavankutty Varier of the Arya Vaidya Sala, Kottakkal who offered valuable suggestions for improvining the text.

I would like to place on record my thanks to the Government of India for awarding me a National Research Professorship which has facilitated my studies and authorship of books in Ayurveda. Moreover, it has enabled me to promote collaborative research in modem biology based on cues from Ayurveda in several scientific and Ayurvedic institutions across India. I am also indebted to Dr Ramdas M Pai, President and Chancellor of the Manipal University, for continuing to provide me excellent facilities to write the present volume. Ms. Usha Kamath has done a superb job in typing and readying the manuscript for the publisher, for which I am thankful to her.

In the present volume, I have borrowed several figures and much material from the introductory section of my Legacy series with the permission of Orient Blackswan Private Limited, who deserve my sincere thanks. Figures 2.2 and 2.3 are based on drawings by Artist Nampoothiri supplied by Dr MR Raghava Varier, and Figures 1, 2.1 and 12 were drawn specifically for this book by Sri Abraham Joy who had illustrated my earlier books on Charaka and Sushruta. I am beholden to them for their valuable support. My colleague and Ayurvedic scholar, Dr Ramankutty of Arya Vaidya Sala, Kottakkal has read the proofs and cheered me in the present effort. I am greatly obliged to him.

It has been a pleasure for me to associate with Orient Blackswan for a decade when they published my earlier books in Ayurveda, which have gone through several reprints and translation into Malayalam and in part, into Kannada. I am grateful to Mr Madhu Reddy of Universities Press for continuing our long association and to Ms Ramaa Kishore for her expert editorial assistance.

In extending a warm welcome to my readers for a visit to an Ayurvedic pavilion, I would repeat the felicitous words of Bhavabhuti:

Come, welcome to this wood on a joyous day! Nothing but good fortune would bring us honoured guests like you. Help yourselves to what our beloved wood has on offer-serene shade of trees, sparkling water of lakes, and delicious fruits and tubers to suit your saintly life. Feel free and be at home. 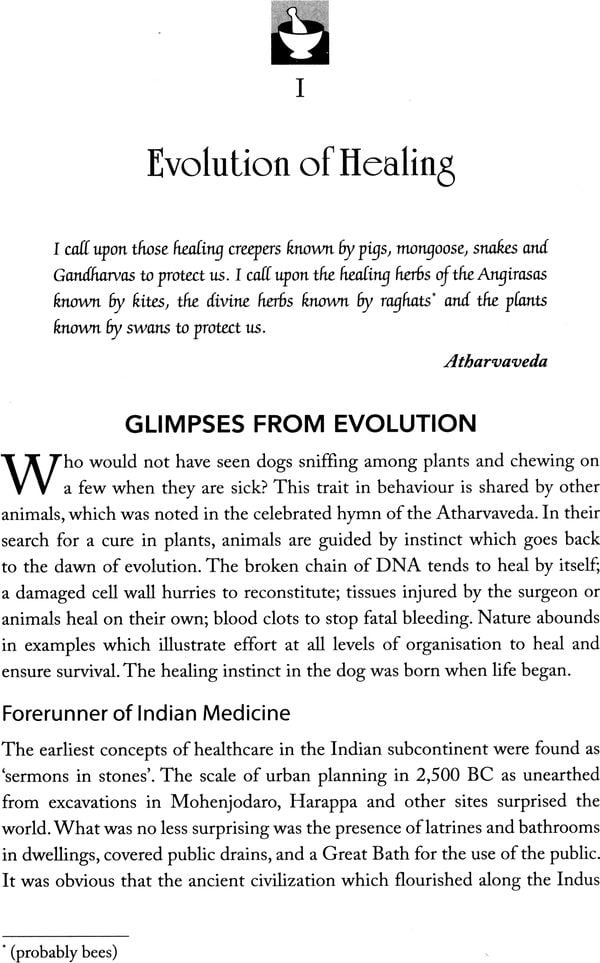 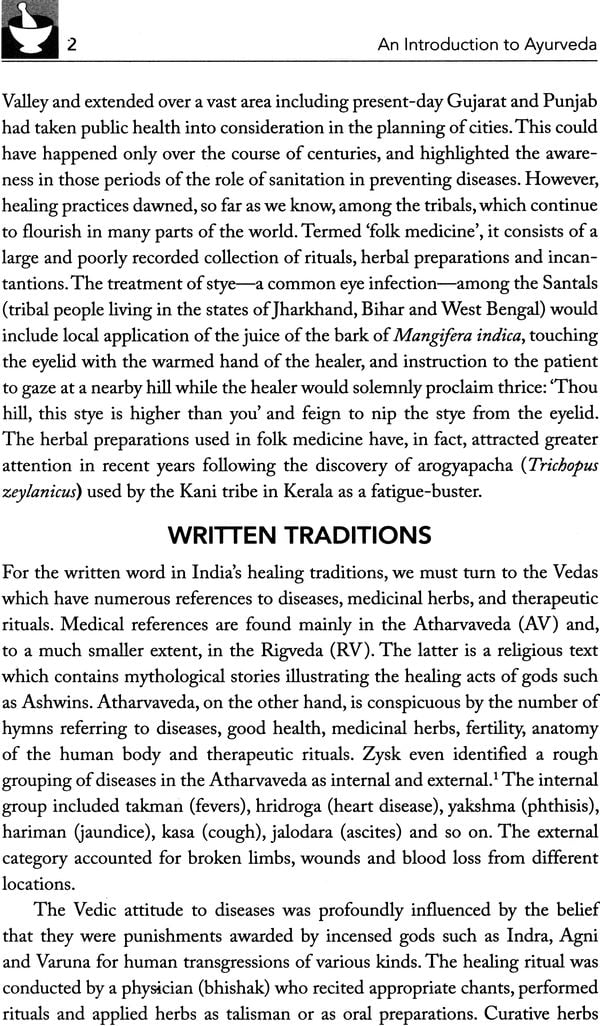 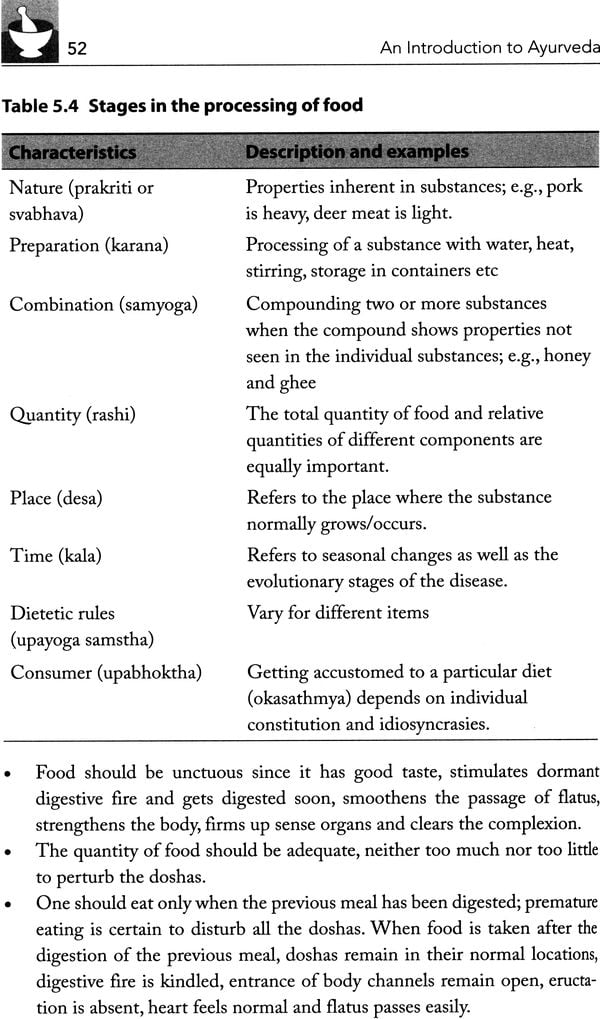 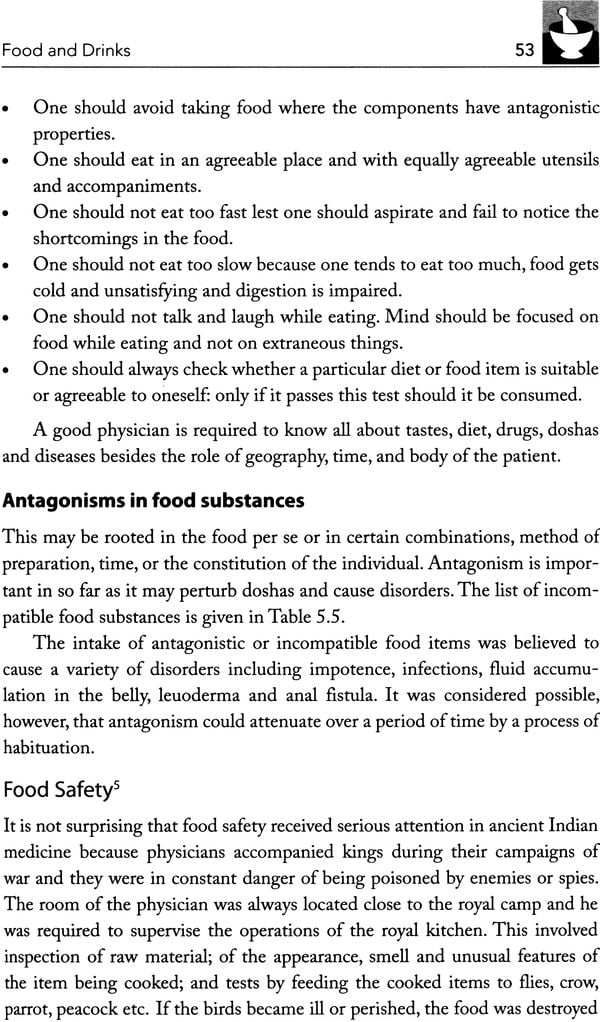 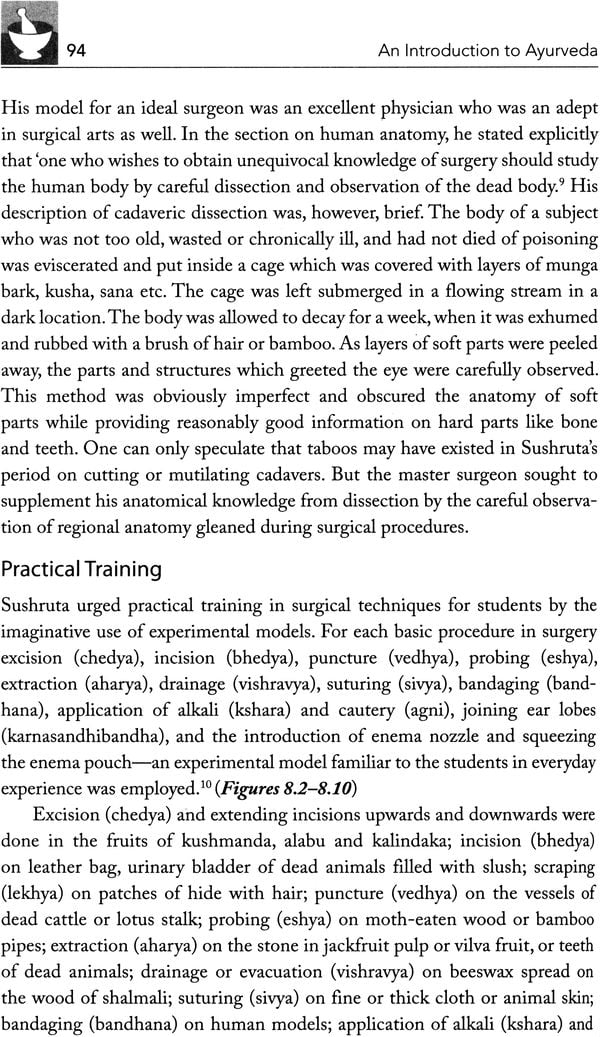 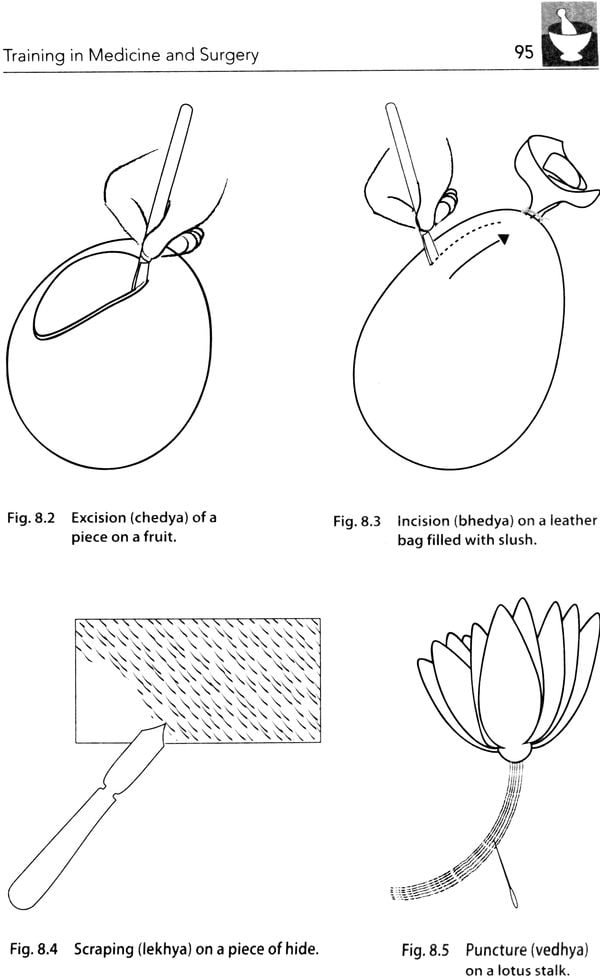 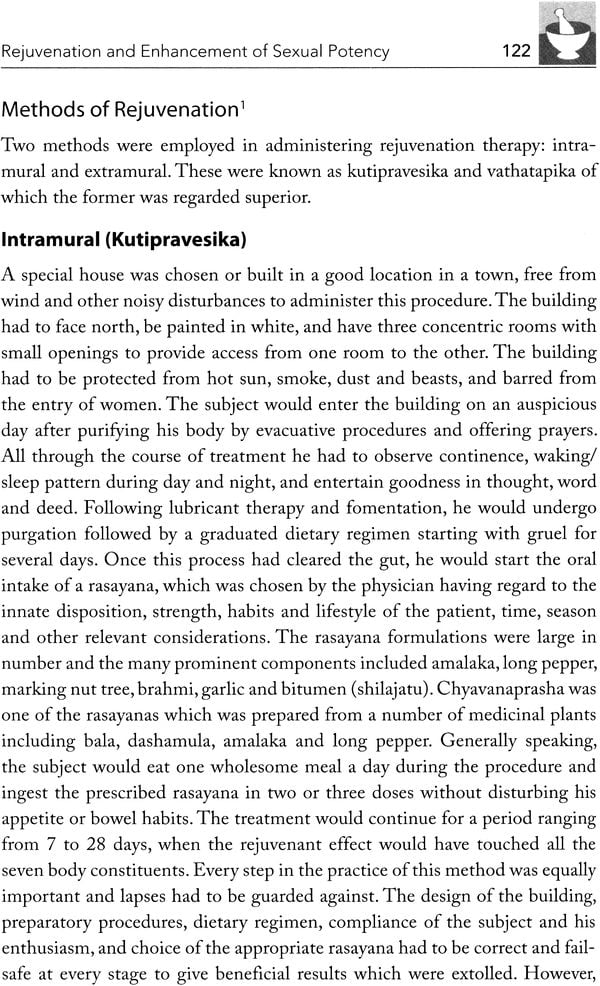 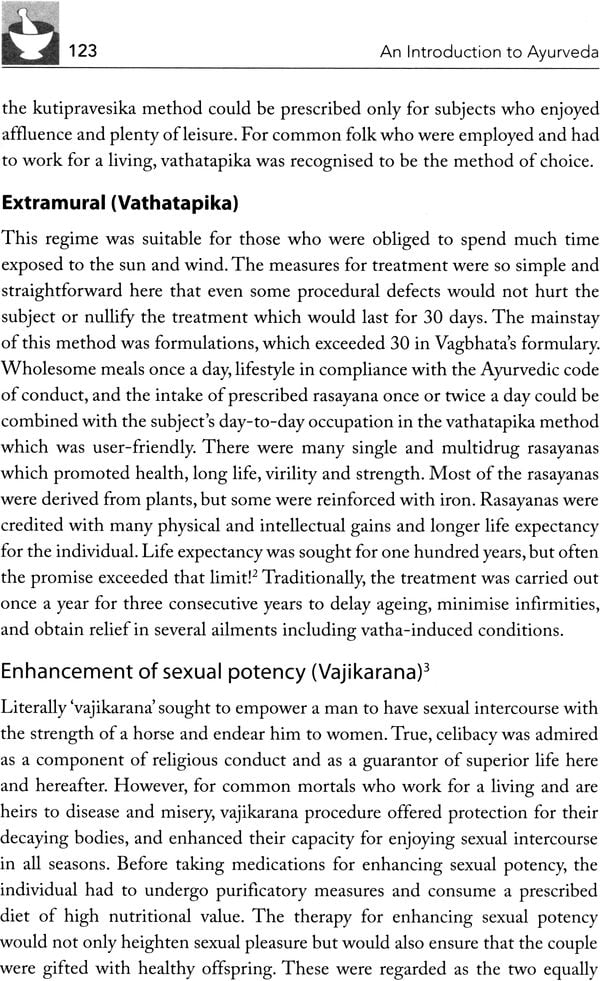 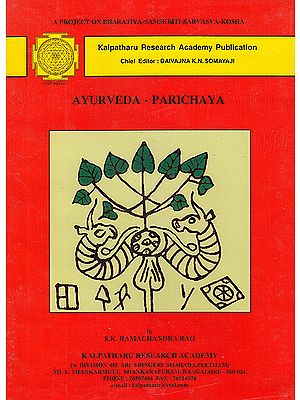 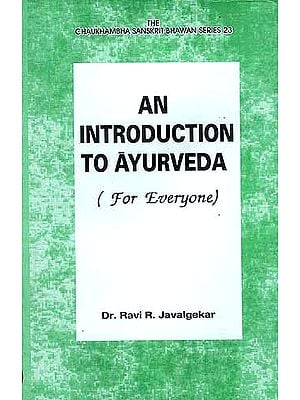 AN INTRODUCTION TO AYURVEDA ( For Everyone)
By Dr. Ravi R. Javalgekar
$28
FREE Delivery 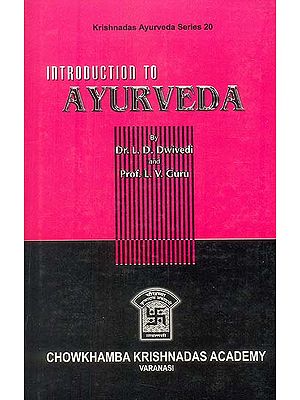 Introduction to Ayurveda (An Old and Rare Book)
By Dr. L.D. Dwivedi
$16 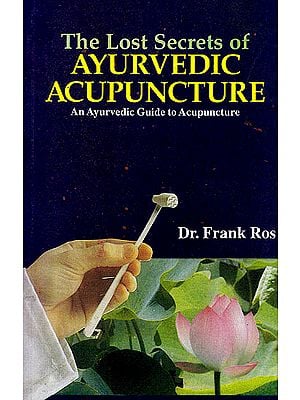