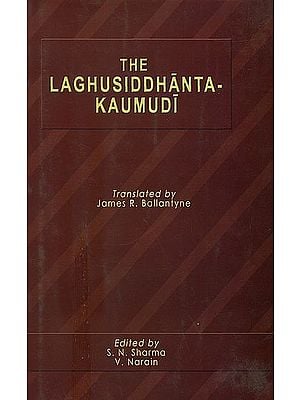 The grammatical compendium of which this is a translation is current among the pandits of the North-west provinces, and of most of he other provinces of India. The translation is one of a, series of attempts to encourage and facilitate the interchange of ideas between the pandits and the senior English students of the Government Colleges. How different the arrangement of a Sanskrit treatise on Grammar is from that of an English treatise of the subject, may be inferred from the facts stated in the subjoined extract from the Preface to the Hindi version of the same compendium.

The groundwork of the grammatical literature of the Sanskrit is comprised in Panini's eight Lectures, entitled "The Astadhyayi". Each of the lectures is divided into four sections, and each section into a number of Sutras, or succinct aphorisms. On these Mr. Colebrooke remarks:-"The studied brevity of the Paniniya sutras renders them in the highest degree obscure; even with "the knowledge of the key to their interpretation, the student finds them ambiguous. In the application of them when understood, he discovers many seeming contradictions; and with every "exertion of practised memory, he must experience the utmost difficulty in combing rules dispersed in apparent confusion through different portions of Panini's eight Lectures.

The same accomplished scholar adds:-The outline of Panini's arrangement is simple; but numerous exceptions, and frequent disgressions, have involved it in much seeming confusion. The first two lectures (the first section especially, which is in a manner the key of the whole grammar) contain definitions; in the three next are collected affixes, by which verbs and nouns are inflected. Those which appertain to verbs occupy the third lecture, the fourth and fifth contain such as are affixed to nouns. The remaining three lectures treat of the changes which roots and affixes undergo in special cases, or by general rules of orthography, and which are all affected by the addition, or by the substitution, of one or more elements. The apparent, or by the substituion, of one or more elements. The apparent simplicity of the design vanished in the perplexity of the structure. The endless pursuit of exceptions and limitations so disjoins the general precepts, that the reader cannot keep in view their intended connection, and mutual relation. He wanders in an intricate maze, and the clew o the labyrinth is continually slipping from his hands.

Such a work as that above described being obviously unsuited for a beginner, a different arrangement of Panini's sutras was attempted by several grammarians, "for the sake of bringing into one view the rules which must be combined even for a single variation of a single term." This arrangement, Mr. Colebrooke adds, "is their context, are wholly unintelligible; without the commentator's exposition, they are indeed, what Sir William Jones has somewhere termed them, 'dark as the darkest oracle.

One of the first objects of this edition of the Grammar is to explain each term and each process, on its first occurrence, with something of that fullness of illustration, which the pandits think it better to defer imparting until a later stage in the pupil's course. According to the established system, the juvenile pupil, who has only commenced learning the language in which the grammar is written, cannot proceed three lines in advance of the point at which his preceptor's last lecture broke off. If he can proceed half a line in advance of it, it is more than what was to have been expected.

Another omission of the native grammars is supplied to a certain extent in this edition. When a word is given as an example under a rule, perhaps six or eight rules have previously had a share in bringing the radial word into the form to which the ultimate rule applies. For instance, when we wish to determine one particular pronoun, (to quote from Mr. Wollaston's preface to his practical Grammar of the Sanskrit) "six rules are to be referred to in forming the word, and the student must be able to remember them all before he can do it, for there is no reference to them whatsoever. Yet such references are much more necessary than those that are annexed to the propositions in Euclid, because the solution of these words is generally more complicated than that of the theorems.

References are supplied in this edition, not to every rule required, yet to more than the attentive student is likely to have for-gotten. 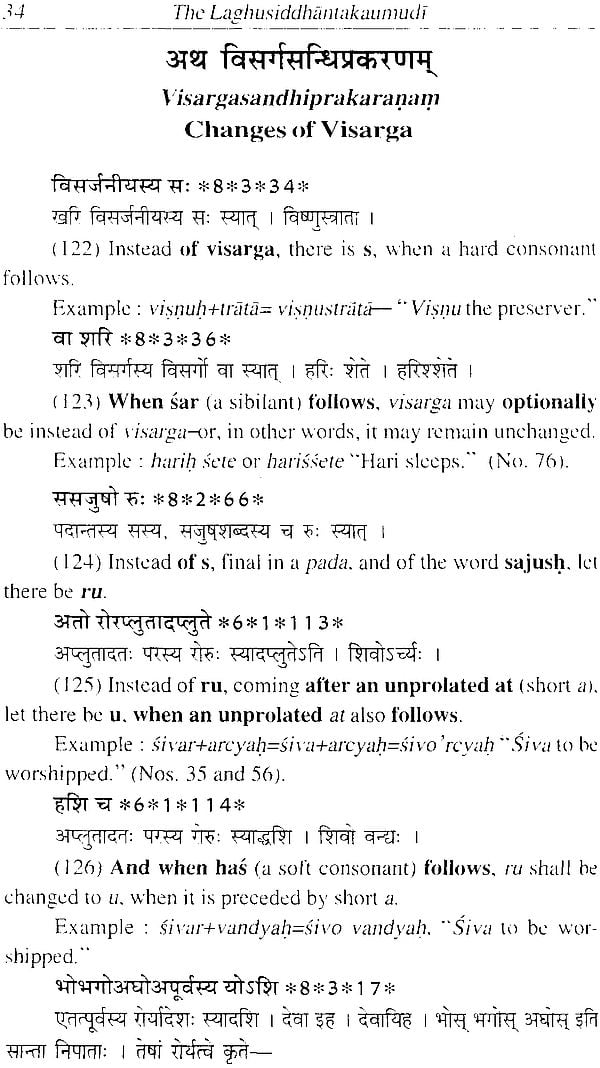 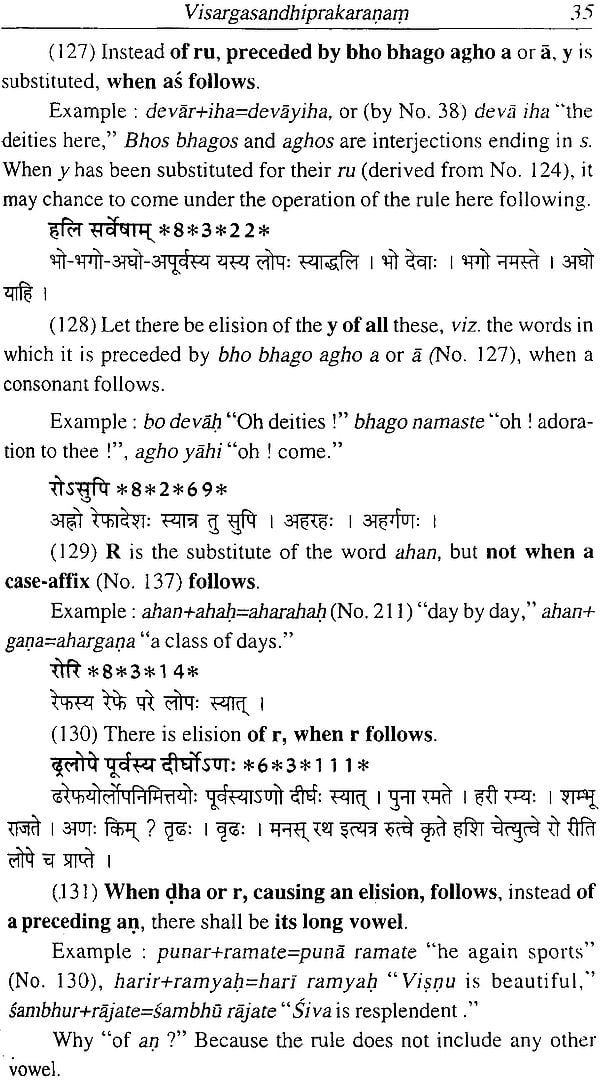 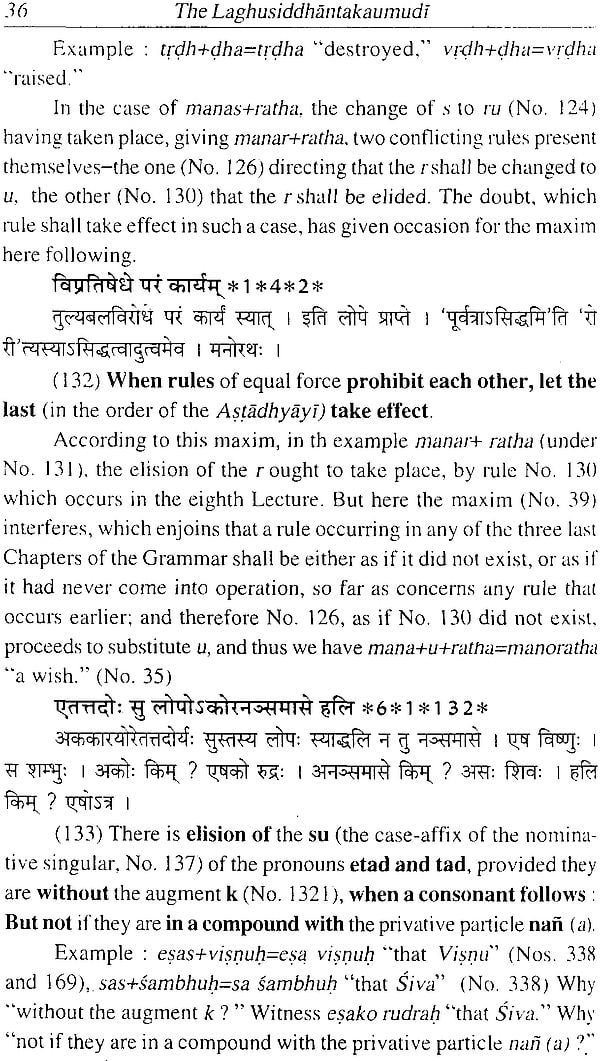 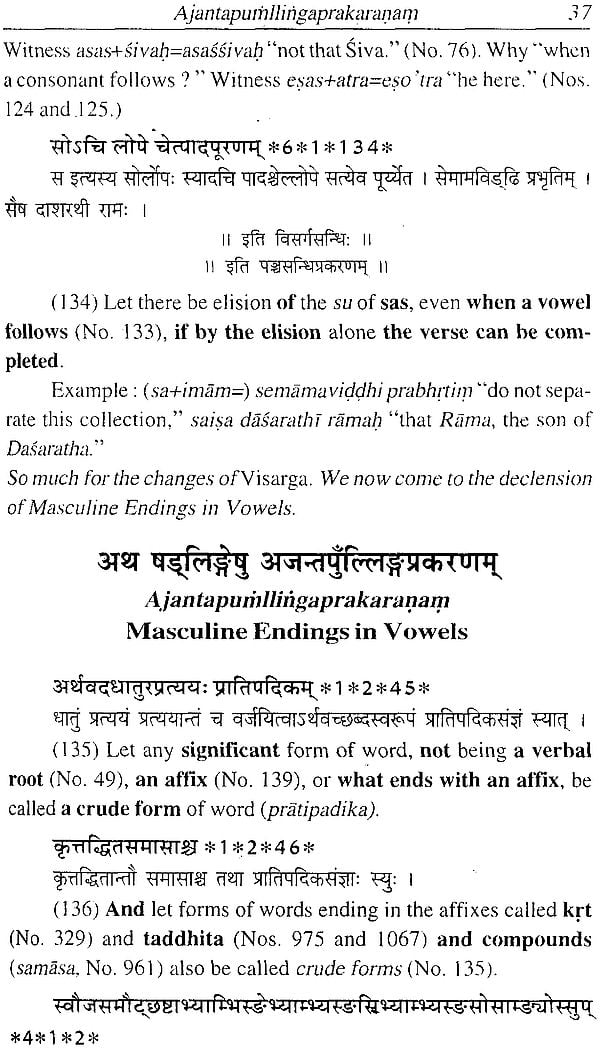 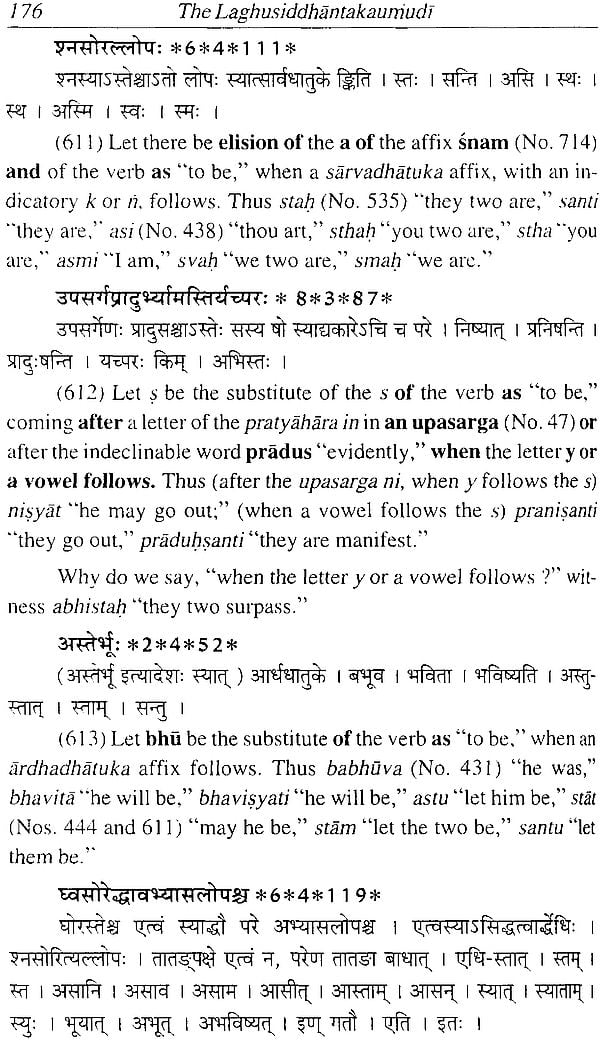 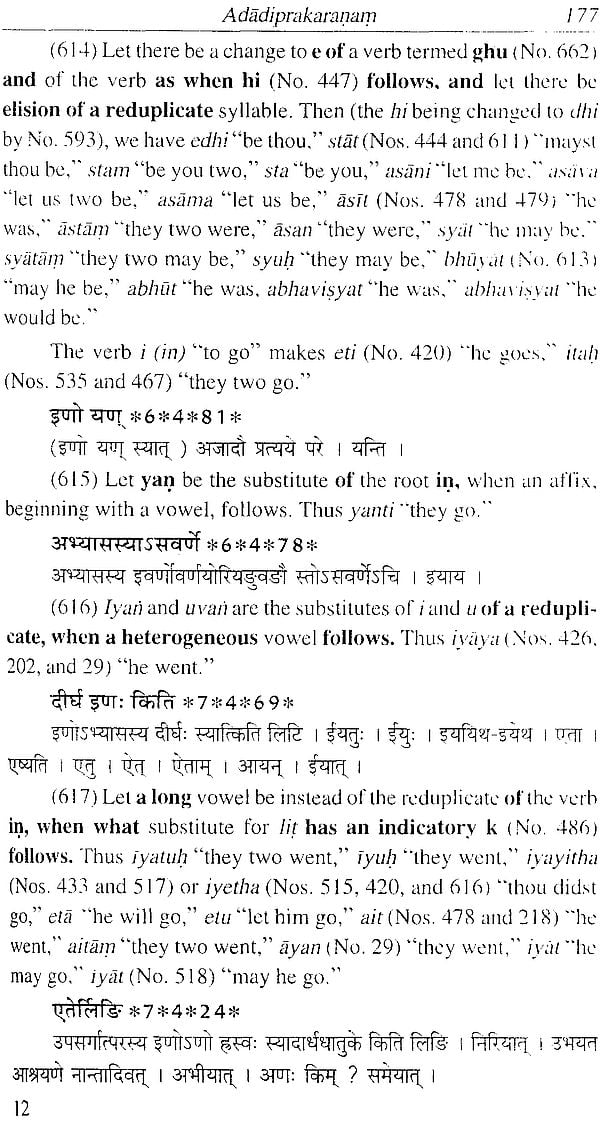 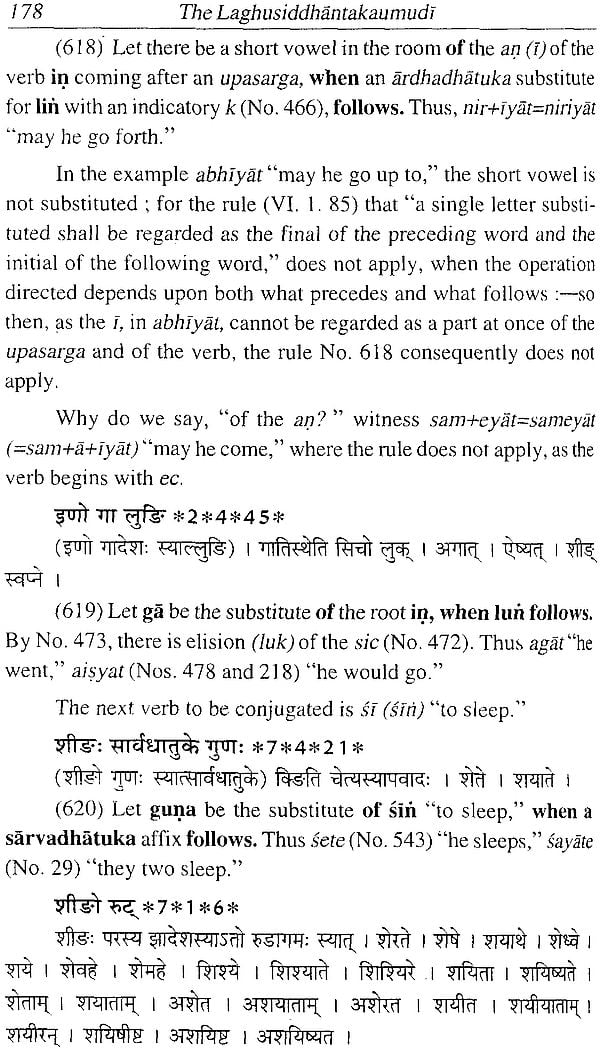 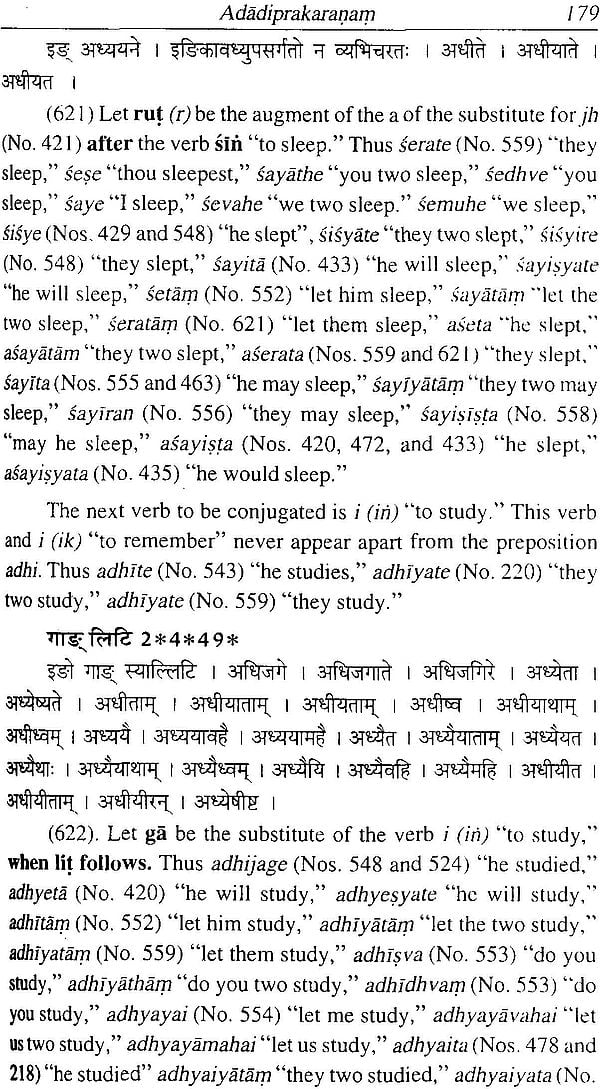 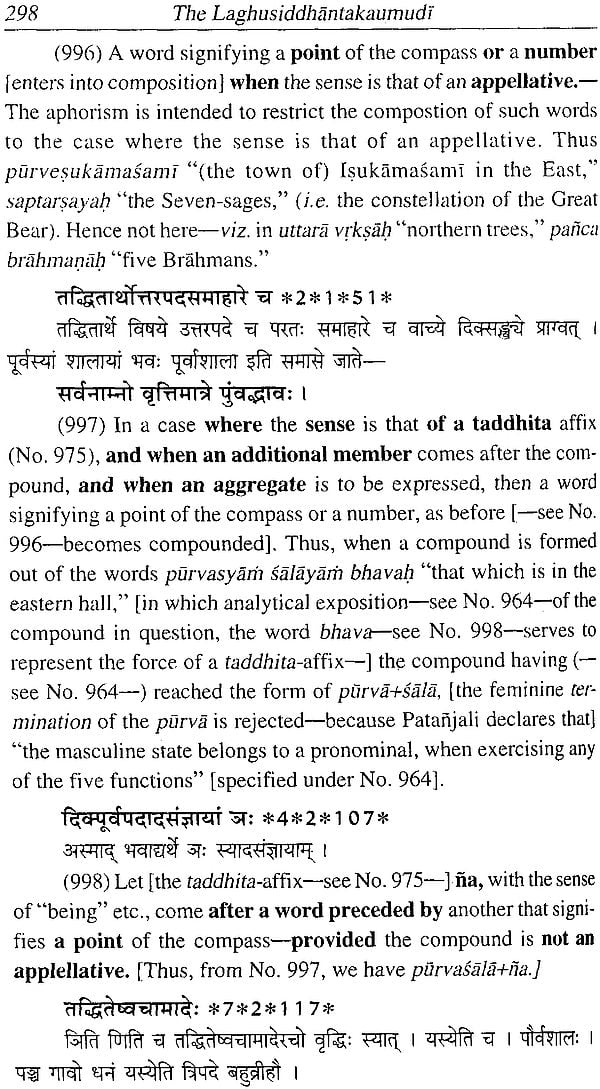 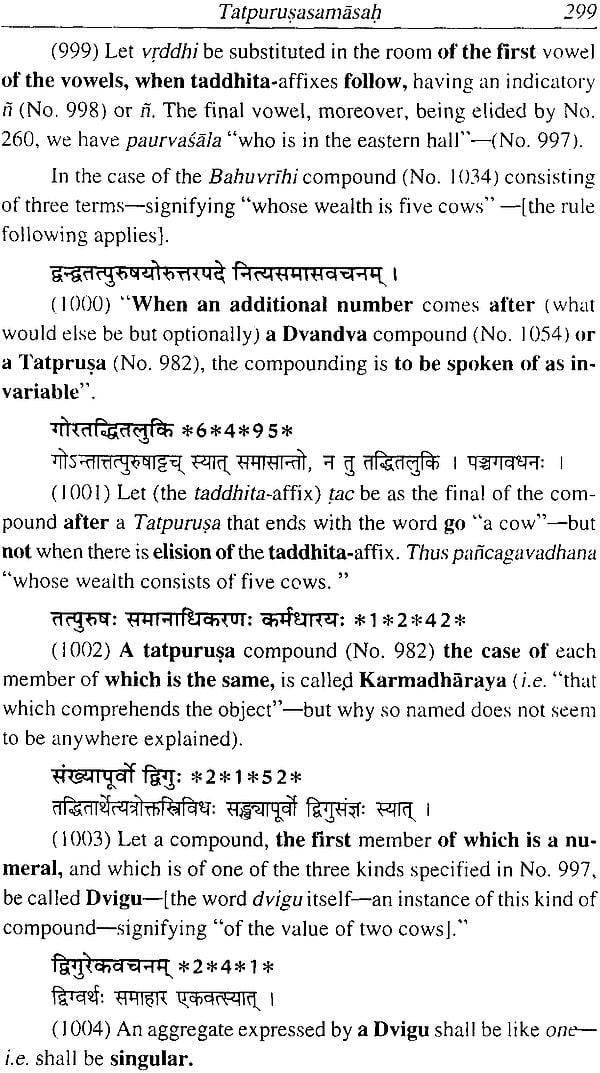 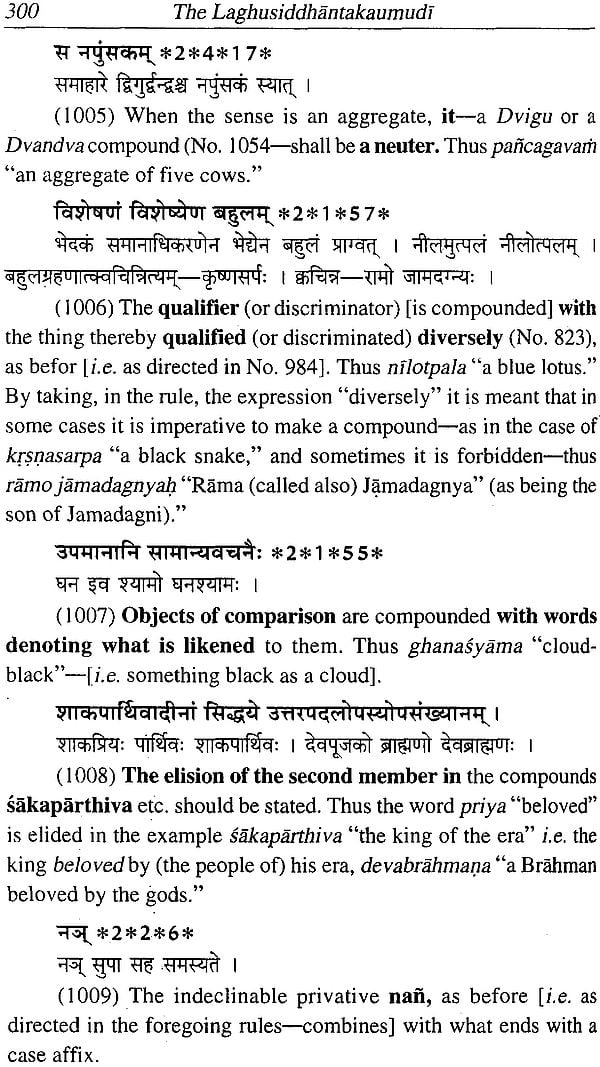 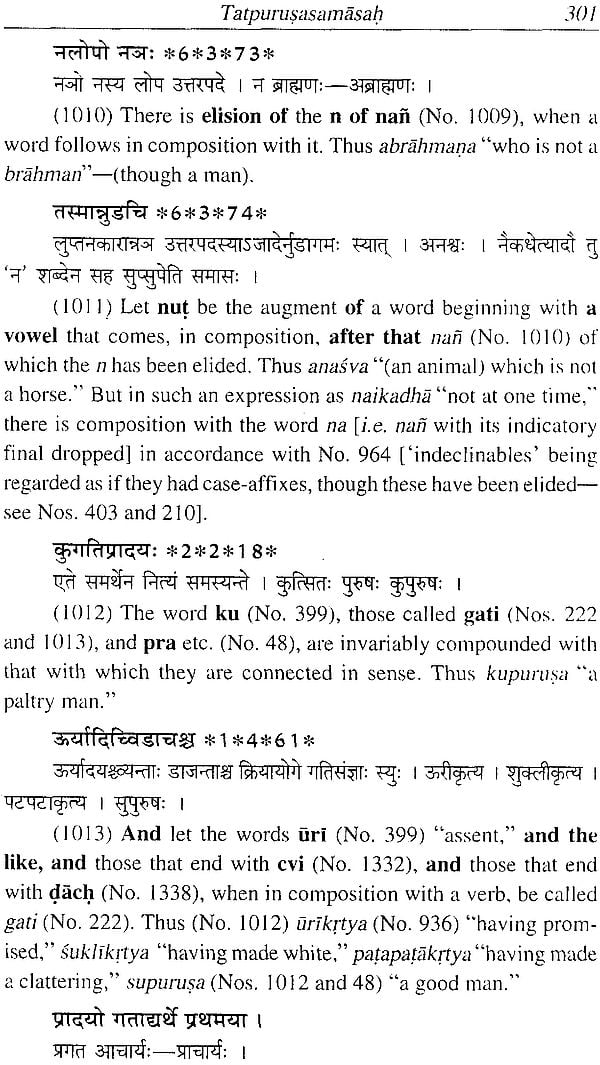 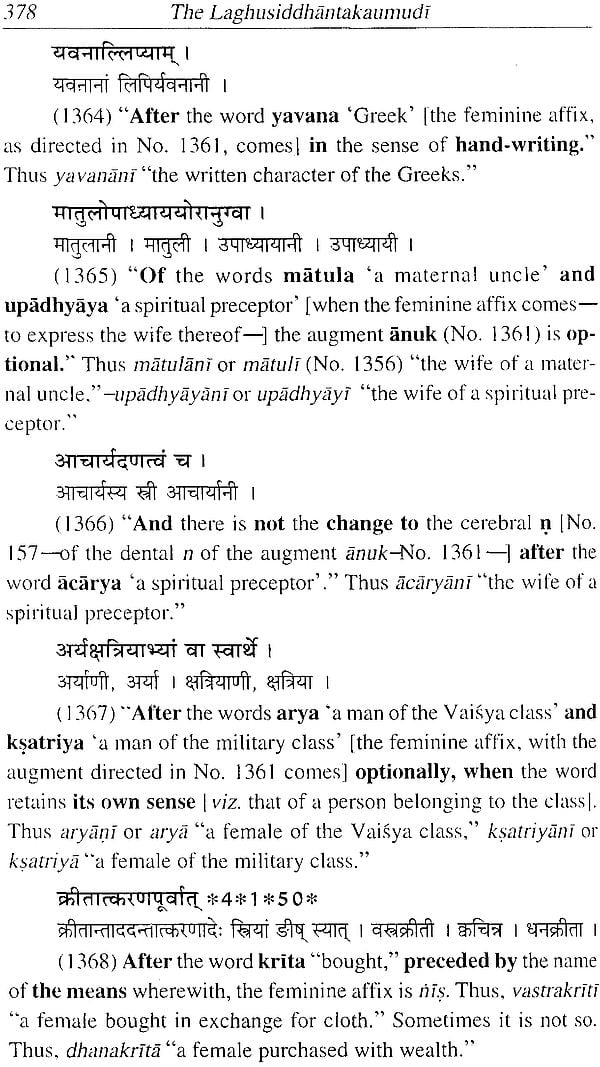 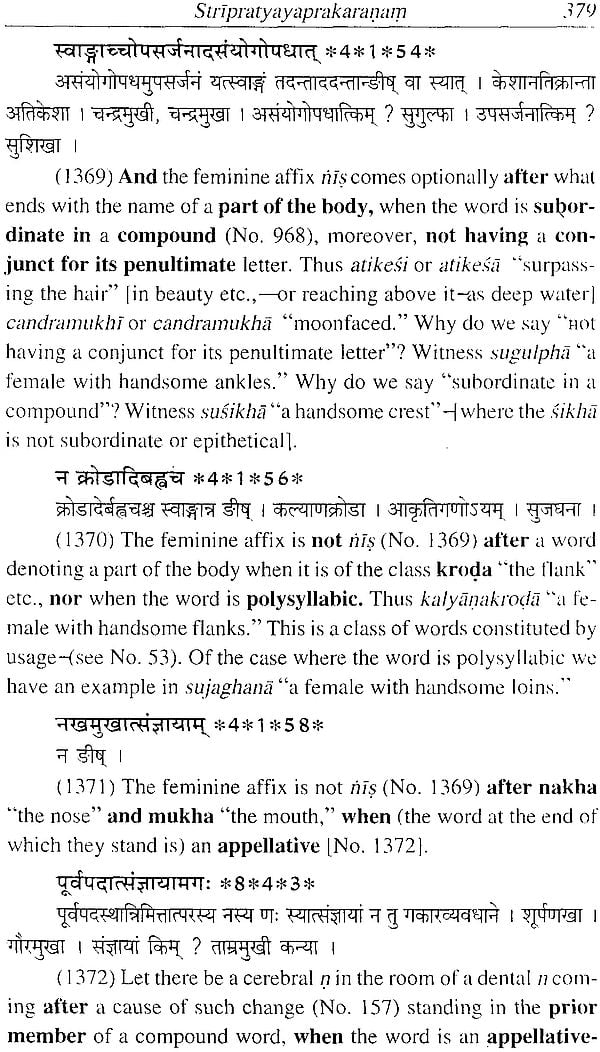 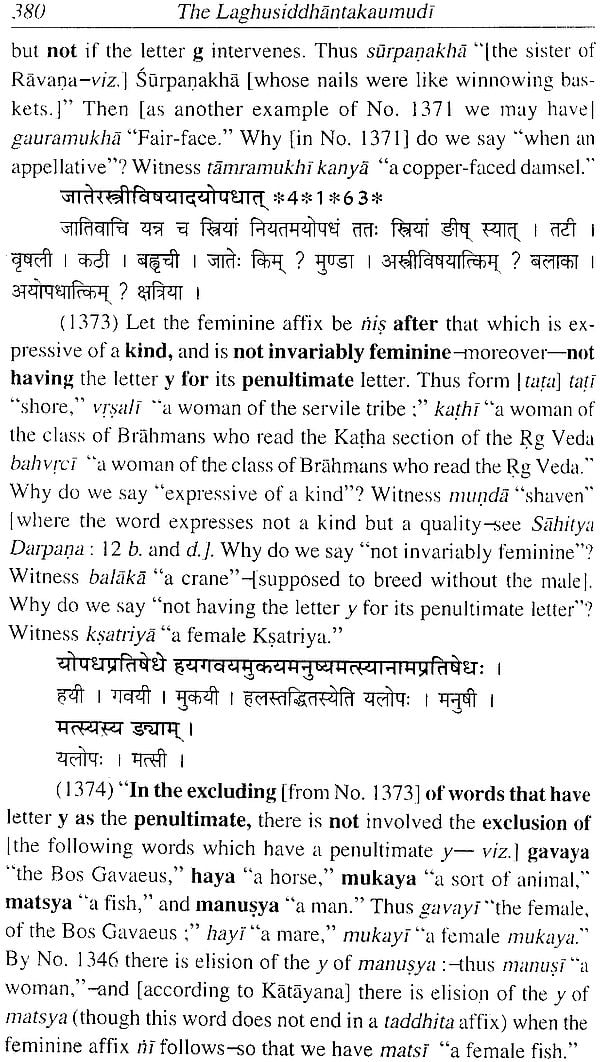 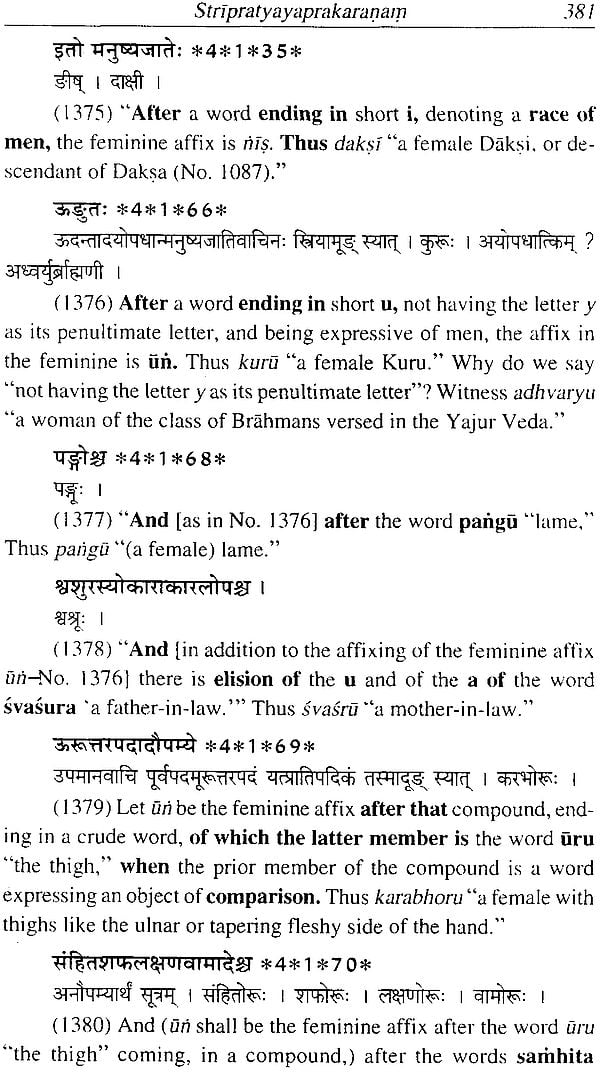 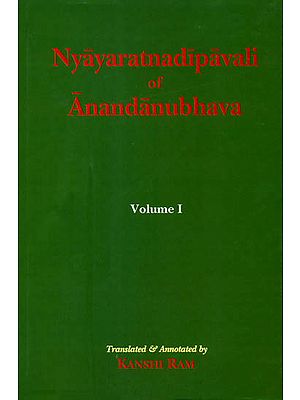