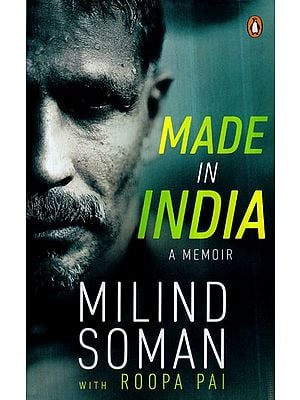 Made in India- A Memoir

There's more to Milind Soman than meets the eye (although, as his legions of female fans will agree, what meets the eye is pretty delish).

Combining in himself the passion of an entrepreneur, the mind of a nerd, the discipline of an athlete, the curiosity of an explorer, the heart of a patriot and the soul of a philosopher, Milind has made the stunning-and apparently seamless- transition from champion swimmer to supermodel to actor to extreme sportsperson to women's fitness activist, enabler and proselytiser, all in one lifetime.

How does he do it? What makes him tick? On the twenty-fifth anniversary of 'Made in India', the breakout pop music video of the 1990s that captured the apna-time-aagaya zeitgeist of post-liberalization India and made him the nation's darling across genders and generations, Milind talks about his fascinating life-controversies, relationships, the breaking of vicious habits like smoking, alcohol, rage, and more-in a freewheeling, bare-all (easy, ladies-we're talking soul-wise!) memoir.

Co-authored with bestselling author Roopa Pai, MADE IN INDIA is a rare glimpse into the mind and heart of a very unusual man that will leave you thoughtful, awed and inspired.

In his rather full life, supermodel MILIND SOMAN has worn many seemingly disparate hats, but the one common thread through them all has been his commitment to physical fitness. In the last several years, he has become an avid advocate of, and a role model for, a more holistic kind of fitness, one that incorporates mind, body and spirit. Through personal achievements like completing the Ironman and Ultraman challenges after turning fifty, and as the force behind breakthrough ideas like the Pinkathon movement and the Barefoot Marathon, Milind encourages women-and others-to take charge of their health, get back in touch with nature and believe in themselves.

With over twenty-five books under her belt, including the award-winning The Gita for Children, ROOPA PAI is one of India's best-known writers for children. Many of her books, on a range of subjects, including sci-fi fantasy, popular science, math, history, economics, life skills, philosophy and, most recently, medicine, are bestsellers, and are enjoyed just as much by adults. This computer engineer plays no sport, but holds sportspersons of every stripe in the highest esteem, and enjoys telling their stories.

When I was about five, my pet rabbit, Benjamin, wandered out into the snow and froze to death.

I realize that this is a somewhat unconventional way to begin a book that is part memoir, part random-reflections-on-life and part unsolicited-and unintended-advice column. But there is a reason for it.

For a few years now, never mind the hat I happen to be wearing at the time-and I wear several: entrepreneur, fitness activist, runner, actor, motivational speaker-I am often asked to share the story of my 'struggle'. How, for instance, did I overcome adversity, in all its different manifestations, to emerge triumphant? What inner reserves of strength and resilience did I reach for when life had me on the mat? Which watershed moment was it, when, traumatized by something vile the universe had lobbed at me, I had, suddenly, unexpectedly, seen the way ahead with crystal-like clarity?

`You are an inspirational figure, Milind,' I am told. `Hearing about your journey will be hugely motivating for us.'

I'm afraid I look a little blank at such times.

The thing is, and I am not being facetious, life has not been a struggle for me. I have seldom encountered what I would term adversity. I have never planned seriously for my future, or pursued a grand dream single-mindedly. There has been no one defining moment or event that changed the course of my life and set me on a path to happiness or success. I guess I simply have been very lucky.

Friends tell me that's hogwash. They tell me that it is my nature, the way I view things that have happened to me, which makes me look at my life in this way. Maybe they're right. Maybe, if I think really hard, I will be able to recall incidents that others would construe as traumatic, but which left no lasting scar on my psyche. That kind of regression, however, would involve a great deal of effort and serve no purpose except to prove someone else's point; such an exercise holds no interest for me.

Be that as it may, given that this is the case, it fairly begs the question I have been asking myself ever since this book project was first proposed: Who would be interested in reading about my life? It has been an interesting life, sure; even an exciting one (at times); but largely hurdle-free and, therefore, hardly what I would consider inspirational. There are so many others-cancer survivors, top sportspeople, first-generation millionaires, breakthrough scientists, acid-attack victims who still manage to smile, and so many more-whose very lives are an inspiration. It is they who should be writing books like this, it is their stories that we can all benefit from reading!

I still have no answer to my question, but since my publishers tell me there will be people who would be interested in a book like this, I agreed to put in the necessary time, effort and focus to write it. If you are reading this, you are probably one of those people. When you have turned the last page, then, maybe you could write in and tell me why you picked up this book in the first place, and what you got out of reading it. I would really appreciate that-I hate loose ends.

Speaking of loose ends-Benjamin. When I was trawling my memory for an early, potentially traumatic incident from my life that might have had an impact on me in later life, his unexpected loss was the only thing that seemed to fit the bill. I suppose, somewhere in my subconscious mind, I realized then, for the first time, that nothing lasts forever.

That must have hurt, but it was hardly traumatic. It's not a concrete memory, but I know I rationalized that potentially devastating wisdom to myself soon after, with the addition of a corollary-nothing lasts, and that's ok. I don't know where that came from, but it worked. I'm pretty sure I got over Benjamin in a couple of weeks. 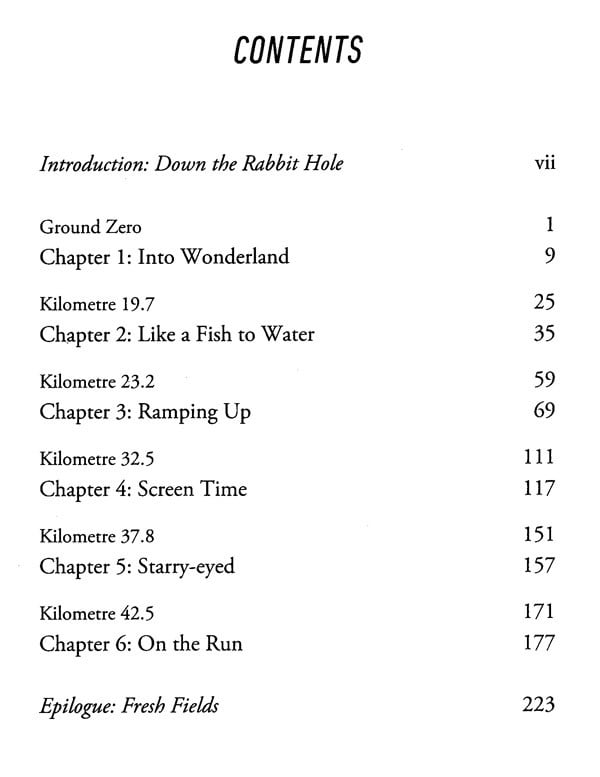 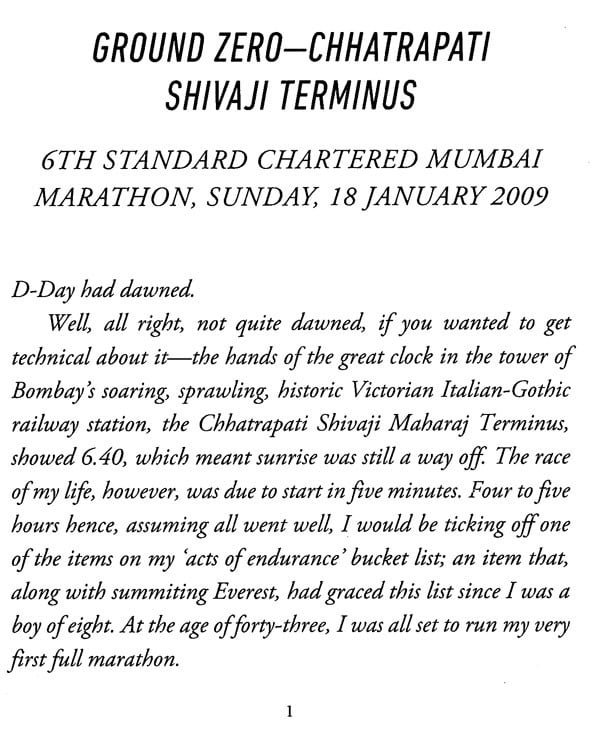 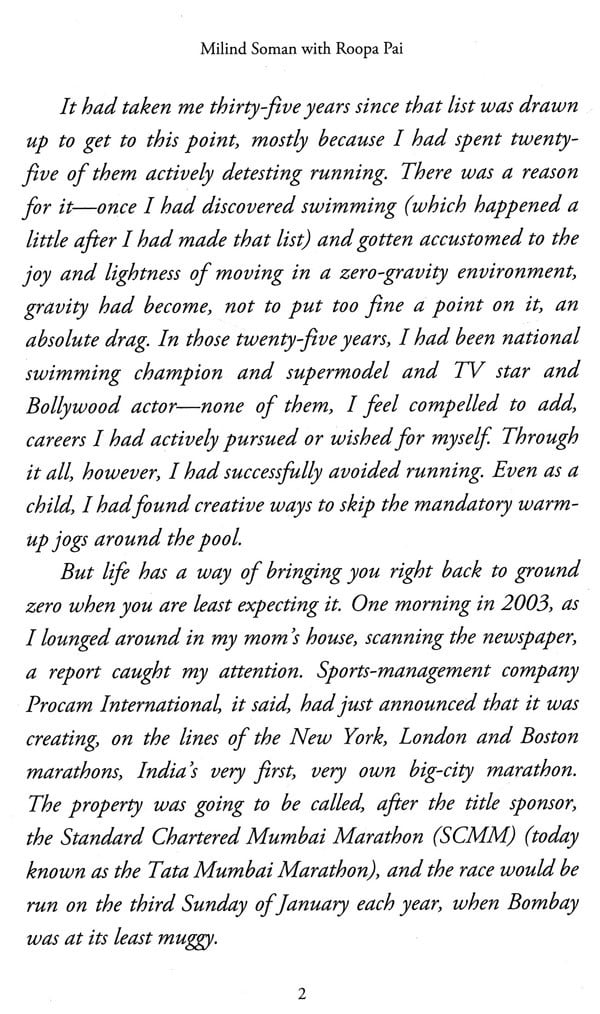 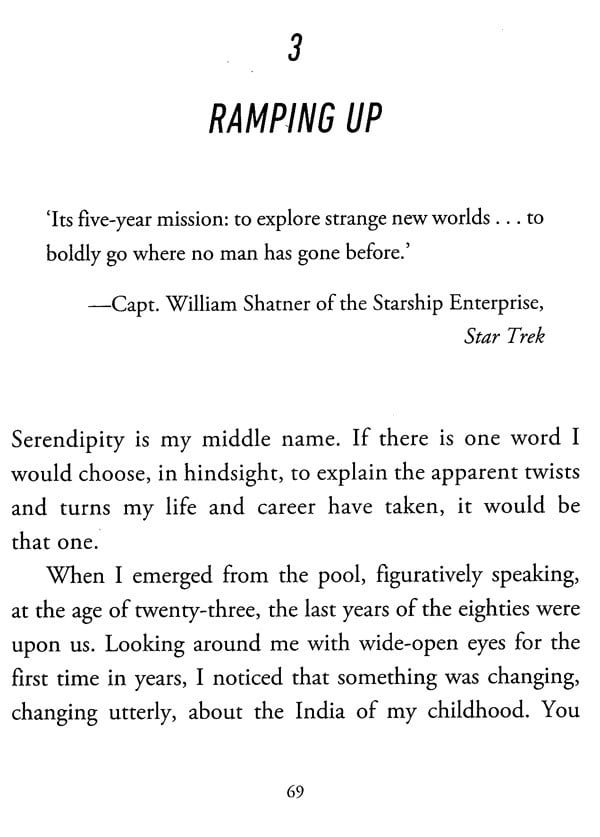 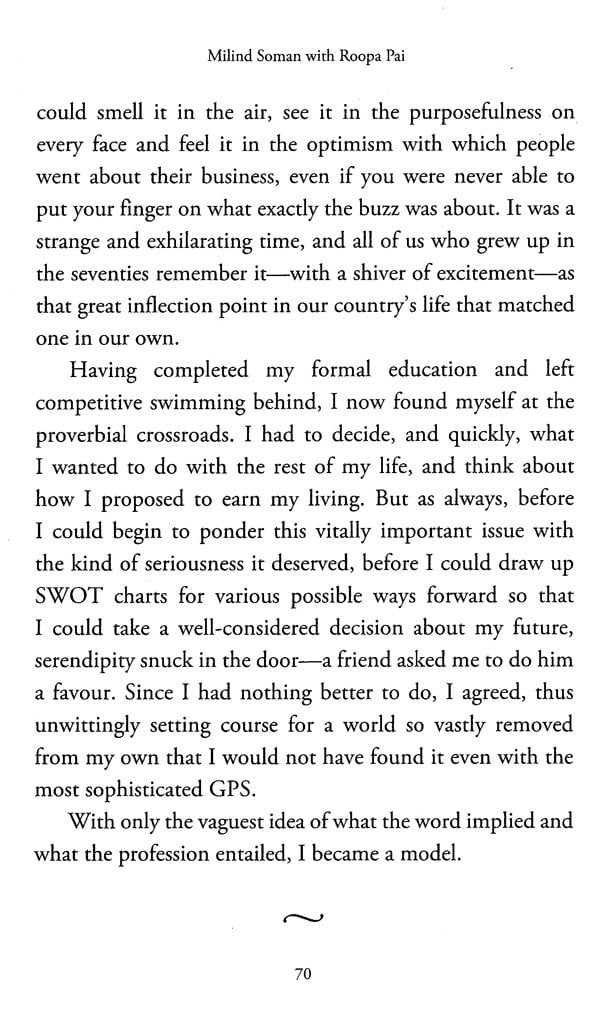 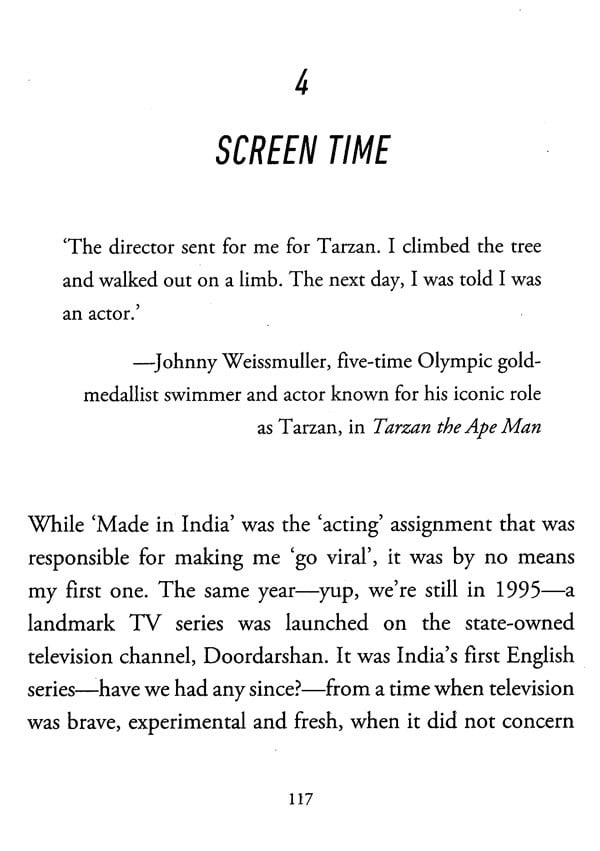 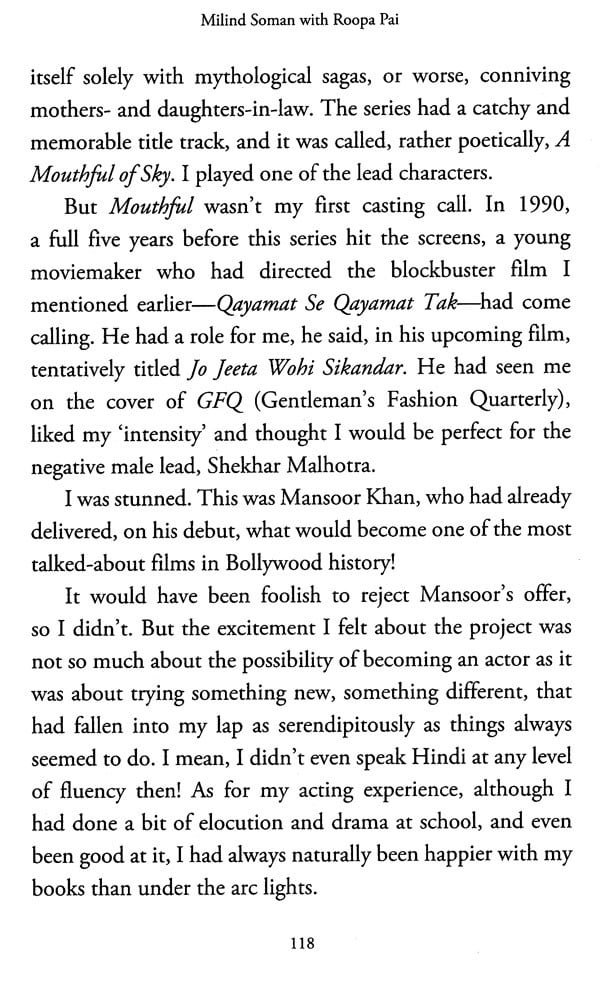 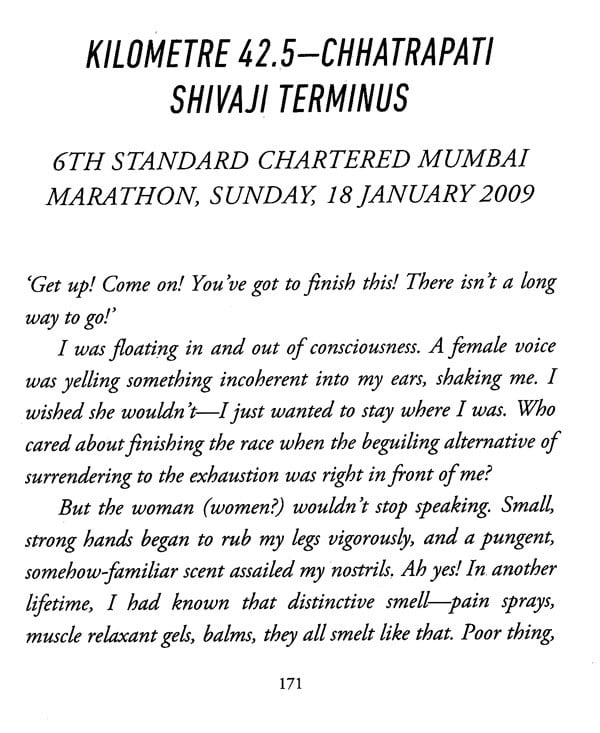 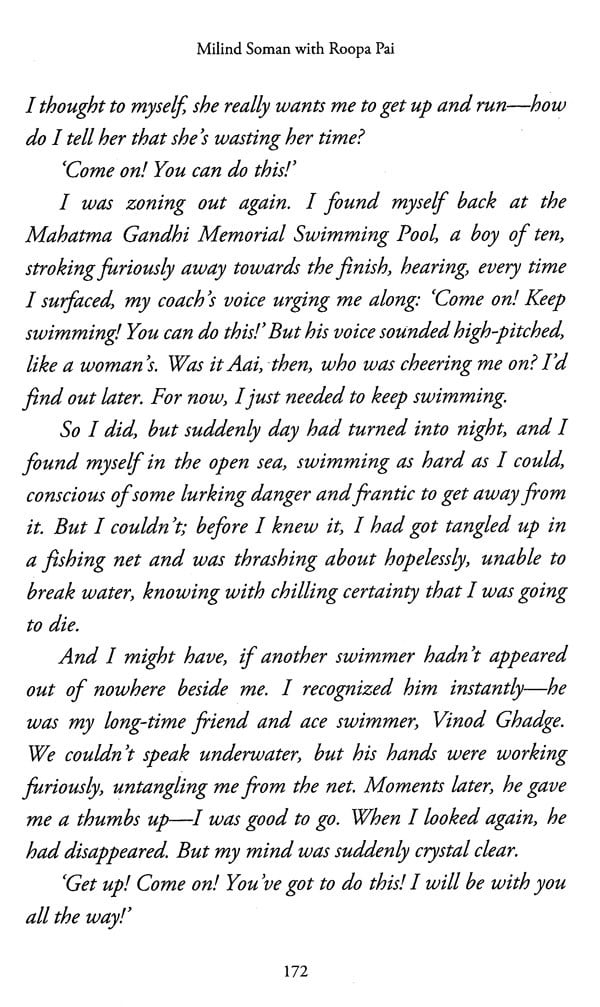 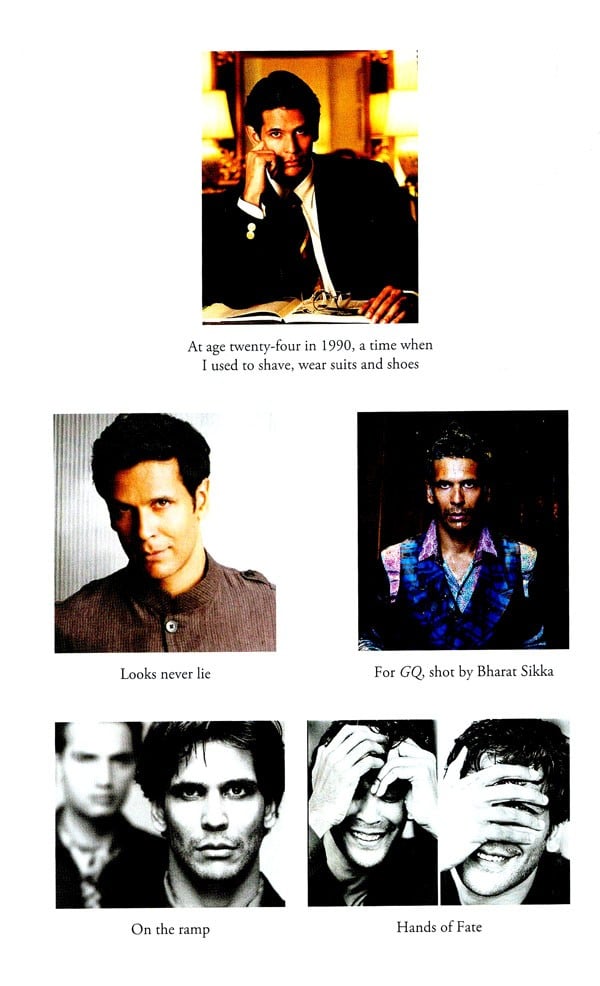 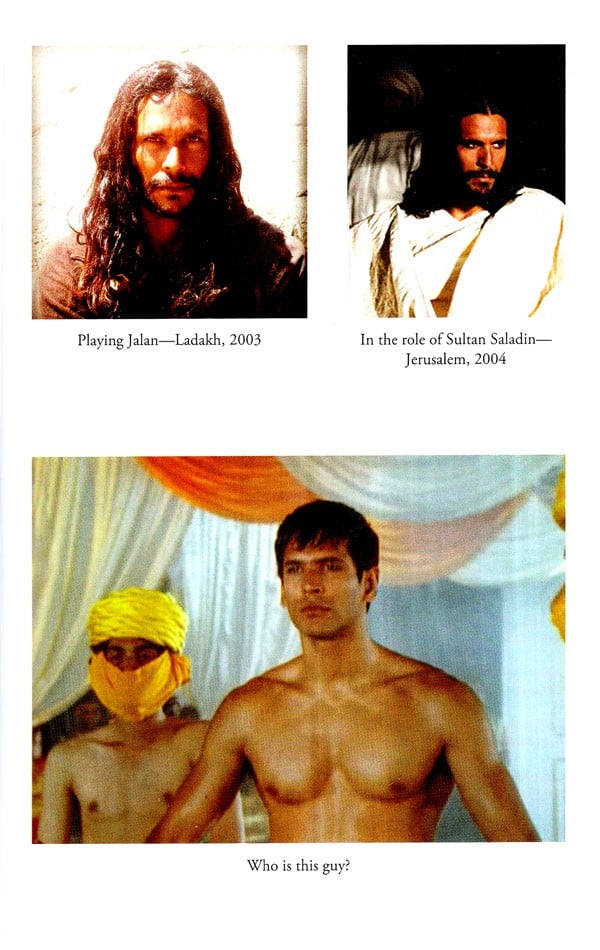