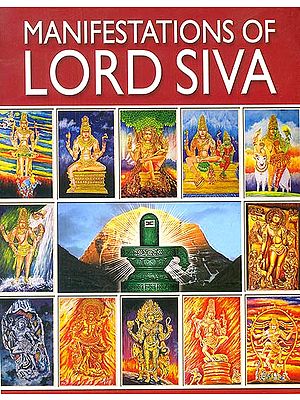 $13.00
Notify me when this item is available
Save to Wishlist Send as E-card Share by Email

The cosmological functions of creation, preservation and dissolution are all the aspects of the Supreme Being. Hinduism attributes them respectively to Brahma, Vishnu and Siva, the Vedic Trinity. During the Puranic Age, each of these deities was glorified and adored as the Supreme Power. Thus Vishnu Purana, Siva Purana and the like came to be written.

In Siva Purana, Siva is celebrated as the Supreme Power. The five elements of Nature, viz., Earth, Water, Fire, Air and Space are governed by Him. Each element is symbolized and worshipped in the popular form of Linga, the formless form of Siva. They are as follows:

Though Lord Siva is popularly worshipped in Linga form, He has sixty-four manifestations described in the Sivagamas. Of them, select 12 forms which moved me most are taken for painting and study by me. Let us begin the story. 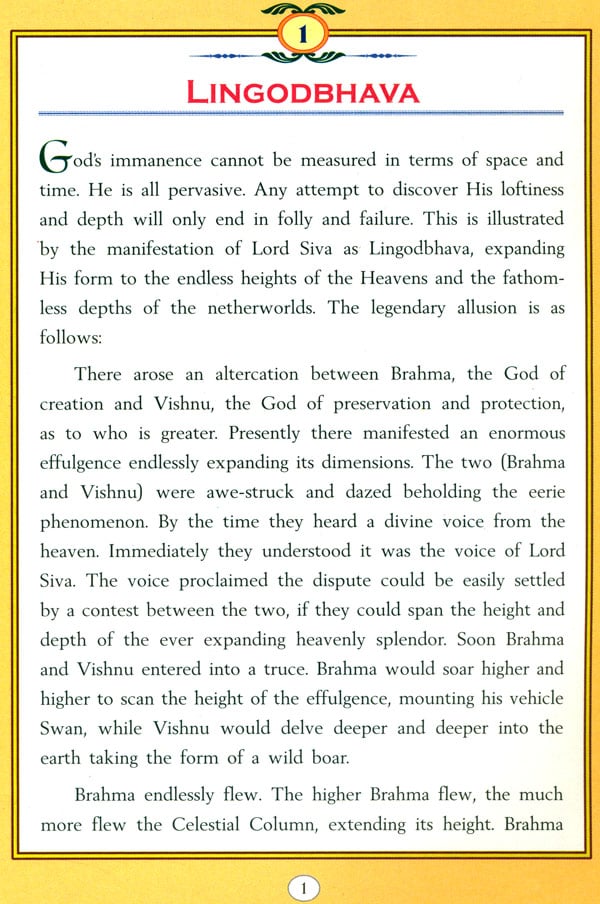 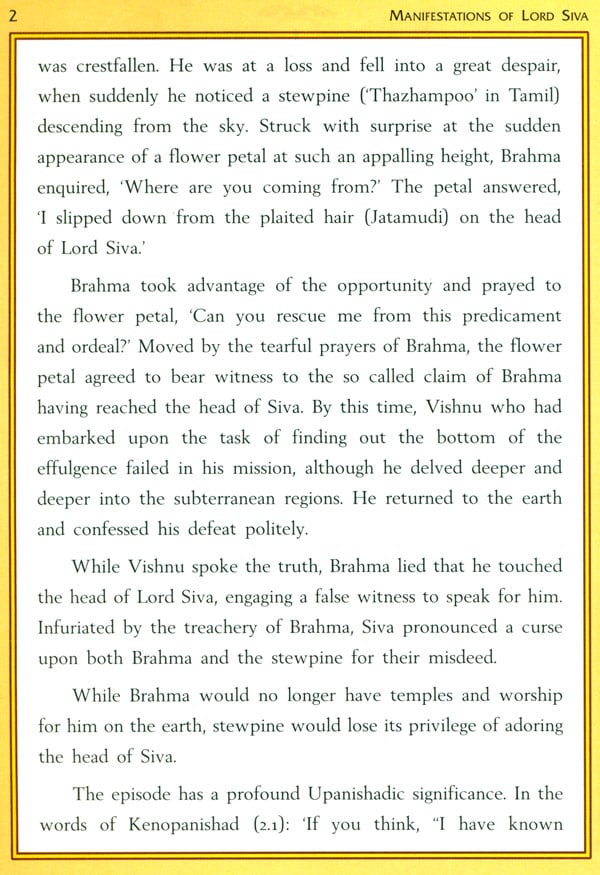 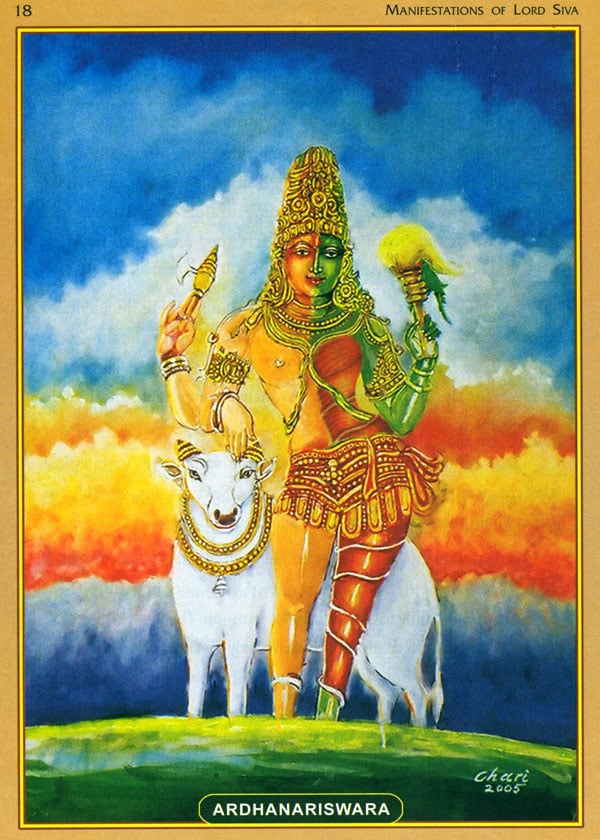 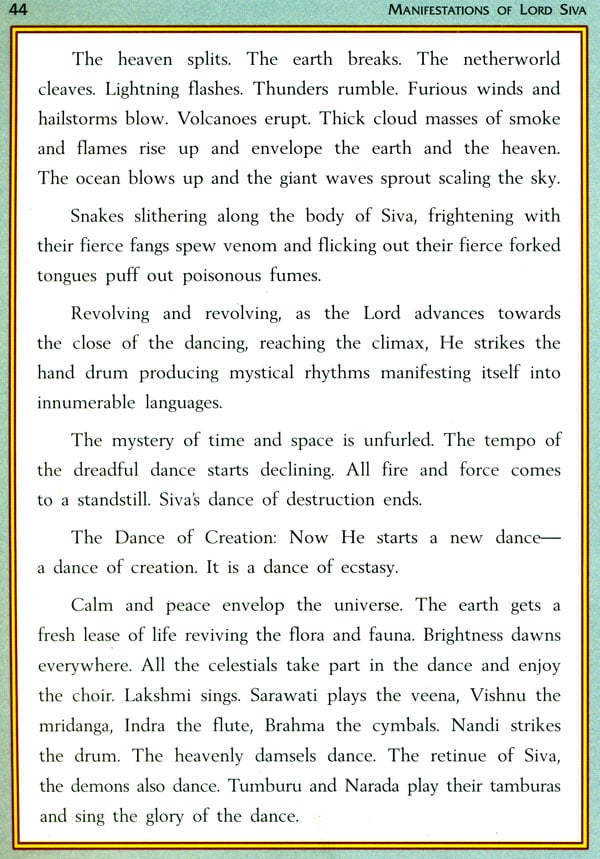 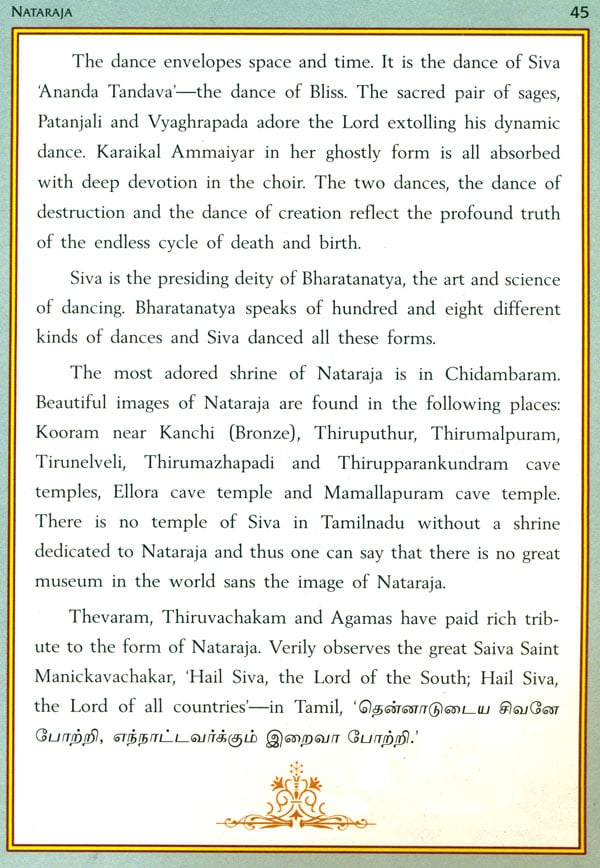