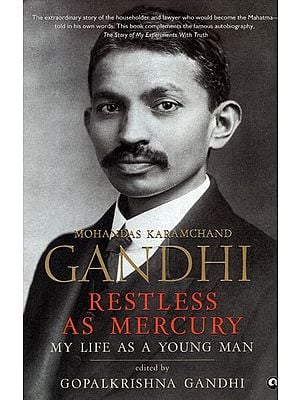 M. K. GANDHI'S autobiography, The Story of My Experiments With Truth, is famously incomplete, stopping abruptly in 1920. But while he gave up writing his memoirs, Gandhi continued to speak and write about his life, family, work, colleagues, those who opposed and venerated him, his hopes, anxieties, challenges, fasts, many jail stints, enthusiasms, and disappointments. When knitted together, these autobiographical observations scattered over several pages of the Collected Works of Mahatma Gandhi, as well as in some works that were published in his lifetime under his gaze, make for a gripping and powerful story. 'Restless as mercury', is how his only sister, Raliyat, described the young Mohandas and her stunningly accurate characterization of her brother provides the title of this work, which Gopalkrishna Gandhi has reconstructed from Gandhi's own words.


The account is divided into six sections: Book I starts with Gandhi's birth in 1869 and focuses on his early years in Gujarat, his schooling, immediate family, and marriage to Kasturba. In Book II, we see him away from his home and family in a new environment-England-where he goes to study law. He continues his commitment to vegetarianism and engages in a brief flirtation with becoming an English gentleman. He then makes a quick visit home to Rajkot before going to South Africa to practise law. There, he experiences racial prejudice and struggles to balance the demands of home and public life. In Book III, we see Gandhi being drawn into two wars in South Africa-The Anglo-Boer War (1899-1902) and the Bambatha Rebellion (1906). He sets up the Ambulance Corps with other Indians, becomes politically engaged, and starts fighting for the rights of Indians in South Africa. It is during this period that he starts his journal, Indian Opinion, and his first ashram in Durban-the Phoenix Settlement. As his ethics and values firm up, he finds himself in a battle at home with his wife, Kasturba. In Book IV, as Gandhi's politics come under assault by all three major sections of South Africa's population-the ruling European, the majority African, and the minority Asian-his belief in non-violent struggle becomes stronger and his idea of satyagraha comes to the fore. He begins courting imprisonment and encourages his friends, family, and fellow Indians to do so as well. In Book V we see that his deep and constantly renewed bonds with the family have to reckon with his commitment to the larger cause. It is in this period that Gandhi sets up Tolstoy Farm for the families of the satyagrahis. Book VI sees him leading disciplined mass movements the likes of which have not been seen before. When the demands of the South African satyagraha are conceded, Gandhi decides the time has come for him to return to India. Accompanied by Kasturba, he leaves South Africa for India in 1914 for the great appointment with history that awaits him in the motherland.

Restless as Mercury is a candid and unflinching account of the struggles, experiences, and philosophies that informed and influenced the young Mohandas. It also shows how Gandhi kept, not without stumbling, his love of family in step with his sense of his public duties.

GOPALKRISHNA GANDHI read English Literature at St Stephen's College, Delhi. A former administrator and diplomat, he has translated The Tirukkural from the Tamil, authored a novel, Refuge, and a play in English verse, Dara Shukoh. He is currently Distinguished Professor at Ashoka University.

The Story of My Experiments with Truth is famous. It is also famously incomplete.

Beginning at the beginning, Mohandas Karamchand Gandhi's autobiography moves rapidly from his recollections of his early years as a child, youth, husband, student, then enters real time. That is, the events he describes are happening around him as he writes about them. He includes events that are personal and 'out there' in the public sphere, as well as the seemingly small and the obviously momentous. Like two tracks of the many railway lines he travelled on, the events and his descriptions of them move together. And then, like a train that is stopped by the pull of a chain, the narrative stops, abruptly, at year 1920. Gandhi is just fifty-one at that point and his most climactic years-nearly three full decades' long-lie ahead of him.

He brings 'these chapters to a close' at that point because, he says, his 'experiments' are now indistinguishable from the life stories of Congress leaders and propriety requires that he not bring those into the account. 'In fact,' he says in his farewell chapter, 'my pen instinctively refuses to proceed further.'

But the 'self' cannot really disappear. Gandhi continues to speak and write about his life, incidentally, as it were. Plunged in political work, organizing his mass campaigns of satyagraha, undertaking fasts for public and personal reasons, getting imprisoned, freed, imprisoned again, traversing the Indian countryside to spread awareness of his political goal-Swaraj, freedom, for India-and also his 'constructive' work such as hand-spinning, the eradication of untouchability, Hindu-Muslim amity, Gandhi yet finds the time-and the need-to look back to incidents from his life, about his family, himself. 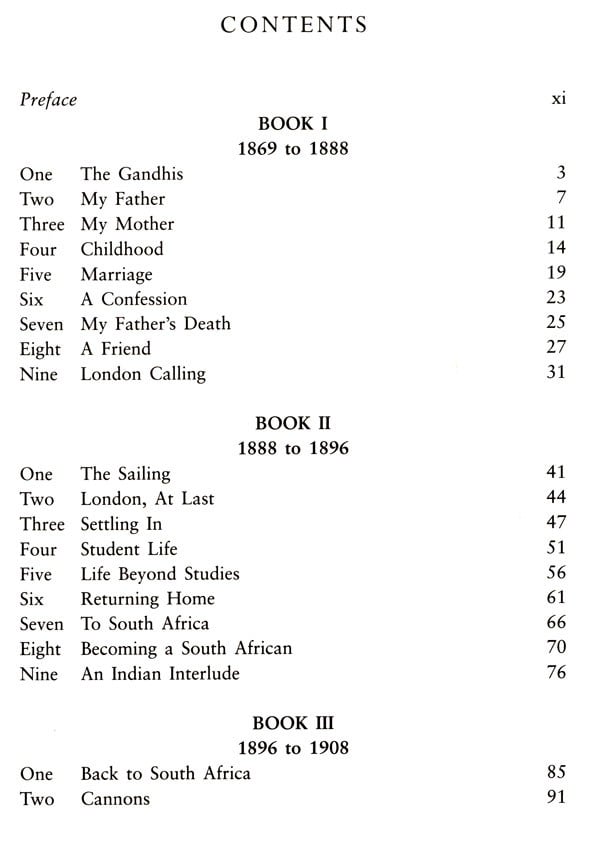 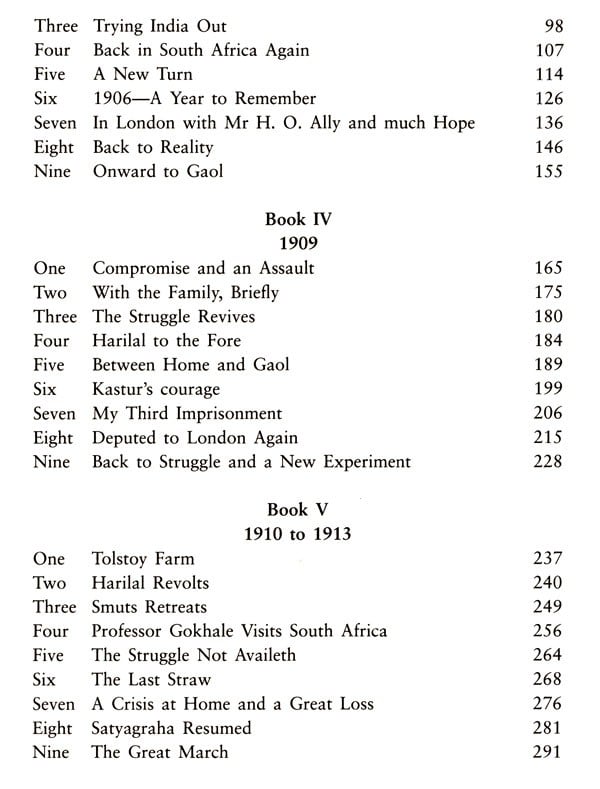 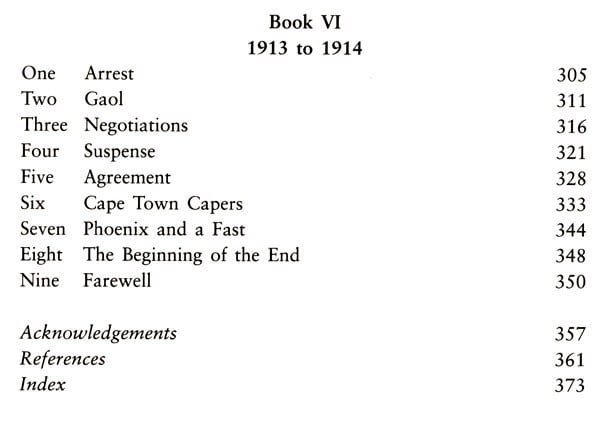 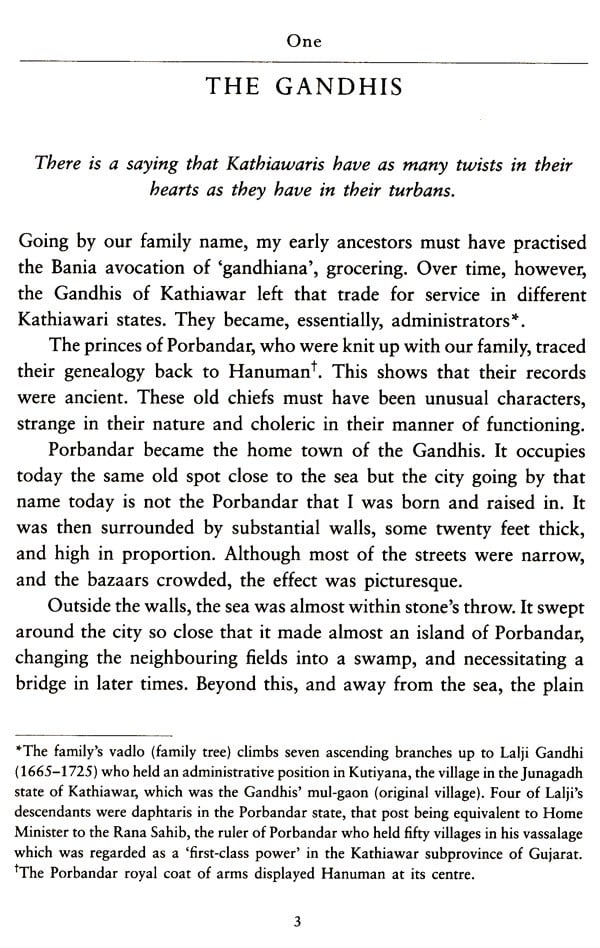 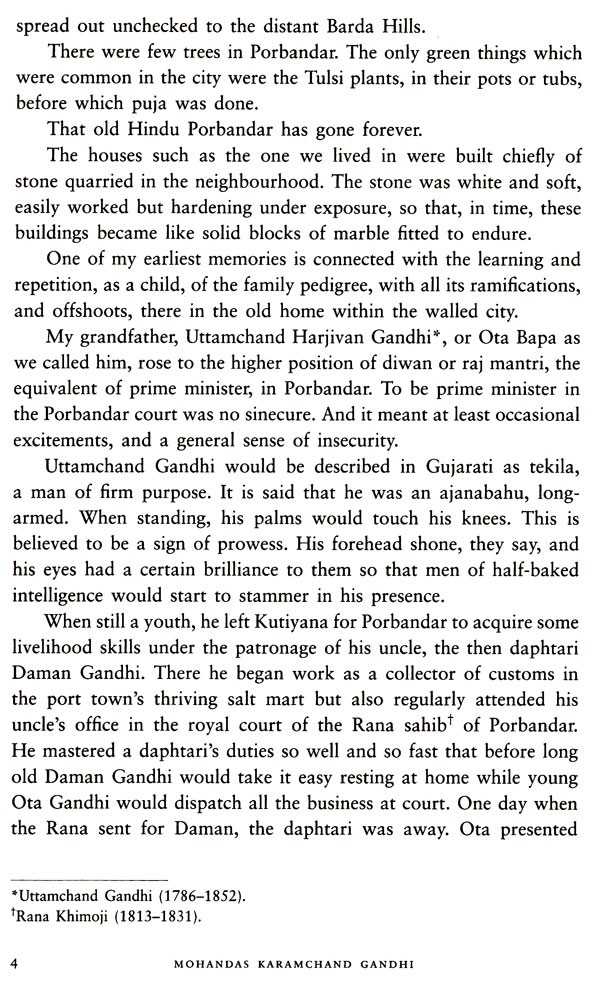 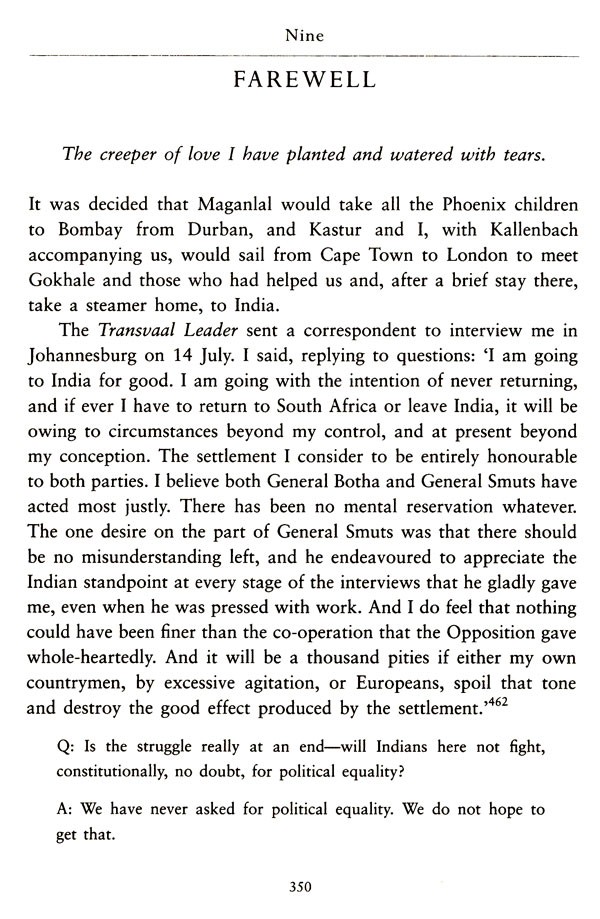 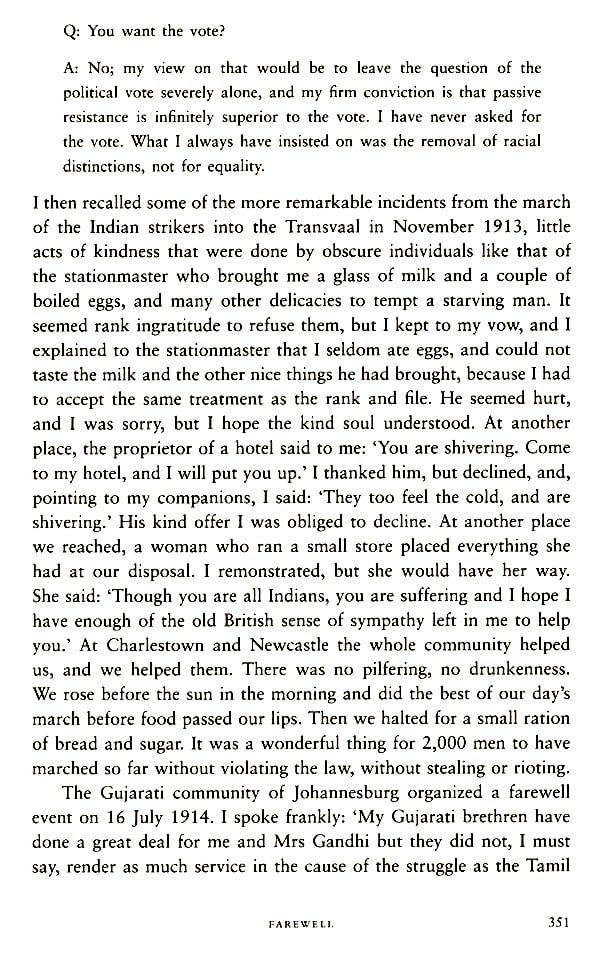 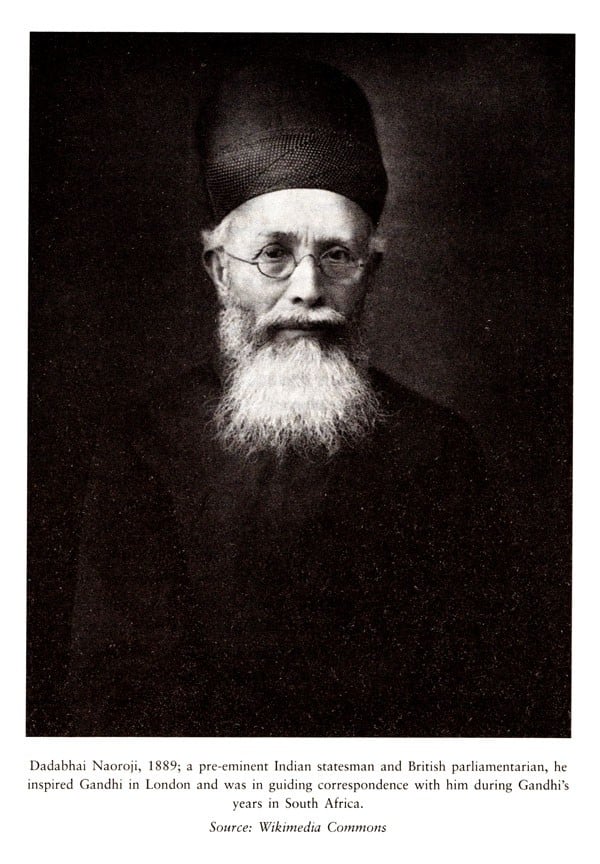 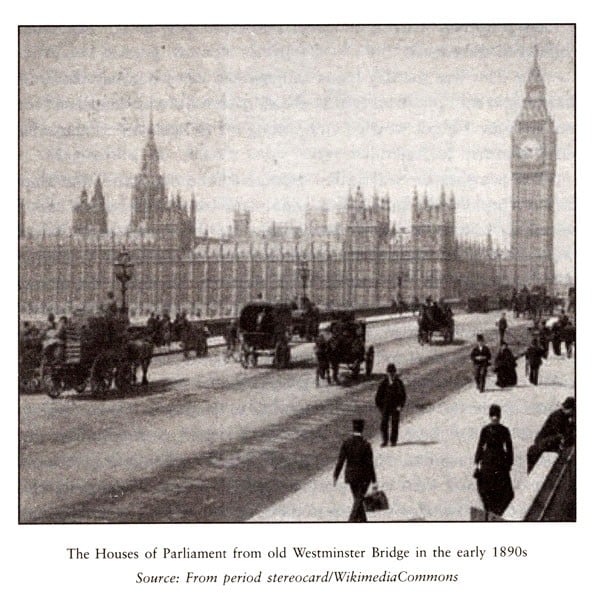