National Seminar on Management of Skin Diseases Through Ayurveda

$47
Quantity
Notify me when this item is available
Preface

Skin is the largest organ of the body. Regulation of body temperature, maintenance of water and electrolyte balance and perception of pleasure as well as painful sensory stimuli are some of the important functions of the body. It is a barrier against harmful agents such as microorganisms, ultraviolet radiation, dust etc. All these are so important that any interference in skin anatomy and/or physiology can have impact on an individual's physic and psyche. For example leucoderma, a pigment disorder, may produce psychological problem rather than any physical problem other than anything of cosmetic importance; however, the psychological problem may ultimately lead to somatic consequences.

Skin diseases range from harmless pigment disorders to a very serious disease such as epidermolysis bullosa, which can prove fatal in childhood. Some of the skin manifestations such as bullous lesions can be due to serious underlying autoimmune disease. Thus some systemic diseases reflect their nature through skin also.

Skin diseases have very varied etiological factors ranging from innocuously looking dust to serious ultraviolet radiation or genetic factors. Sometimes there is genetic predisposition, but the environmental factors react with the prakriti of the individual and may lead to manifestation of that disease e.g. psoriasis. This concept is known as pathya-apathya in Ayurveda while modern medical science calls it epigenetic.

Unknown etiology is considered as daiva, papakarma or irreverent behaviour towards teachers, elders etc. Any abnormality in rakta leads to skin diseases since these are considered to be raktavikaras.

Some of the skin diseases tend to recur and run long courses. Psoriasis is one such disease which is known for its stubbornness and recurrent nature. There are several such conditions where the patient feels frustration due to tenacity of the disease, which ultimately leads to depression. These conditions pose a serious challenge to the physicians (dermatologists). Some of the Ayurvedic dermatologists efficiently manage such conditions and get good fame also.

This seminar is aimed at putting forth such experiences before Ayurvedic physicians from all over India and sharing their experiences with others. Many of the researchers have submitted the colored photographs of their patients in support of their claim, which are incorporated in this book. 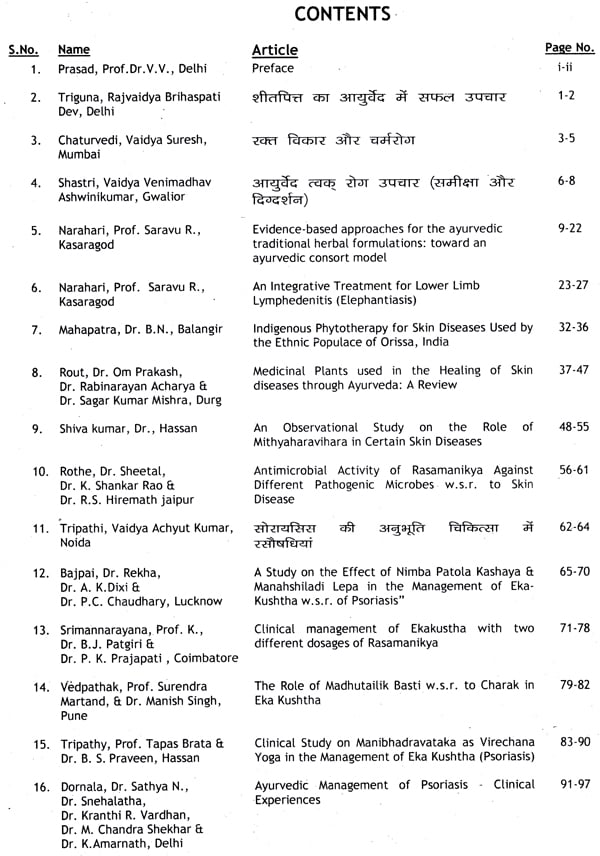 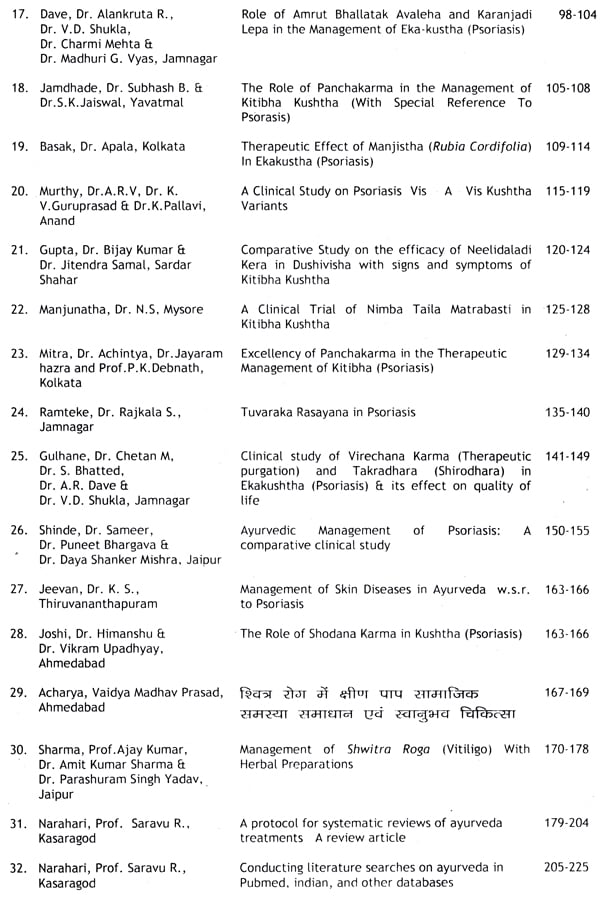 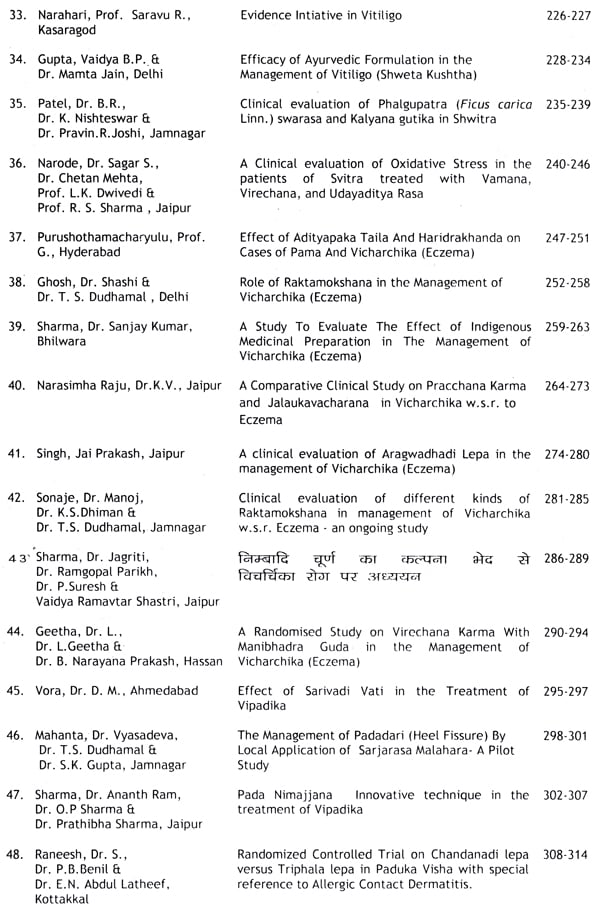 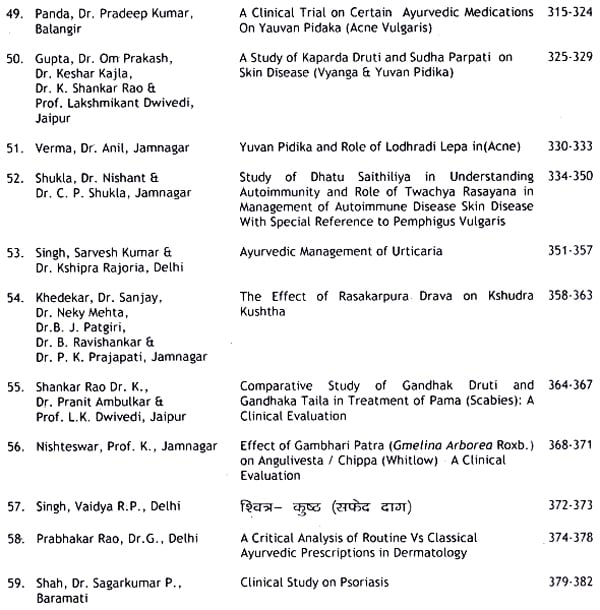 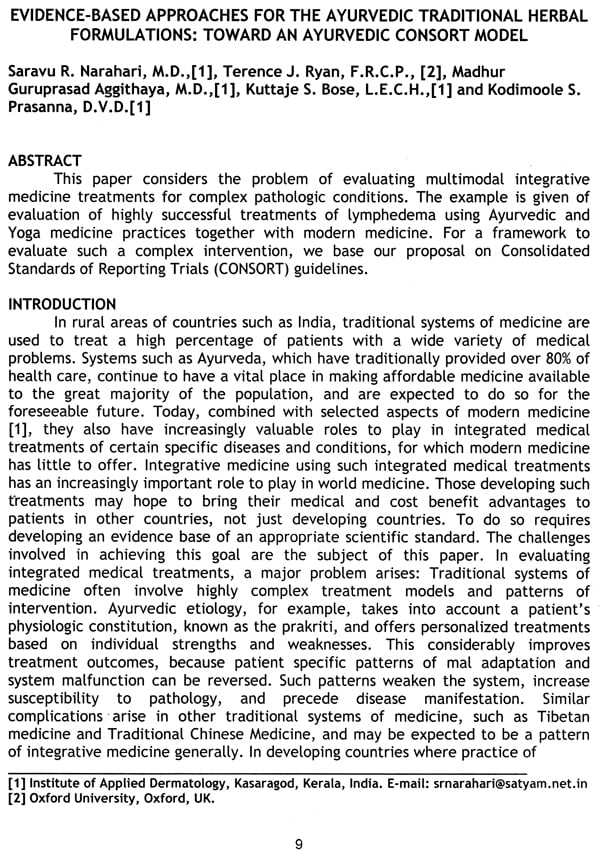 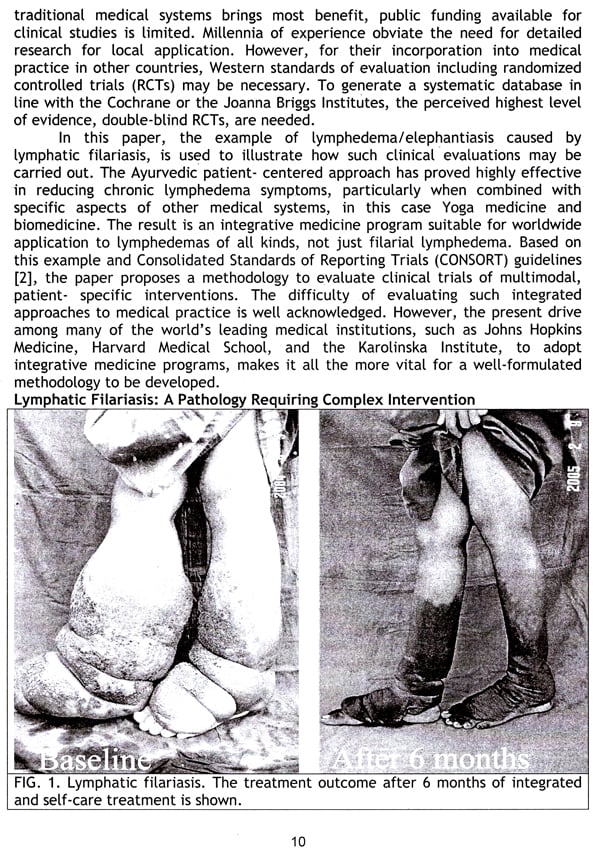 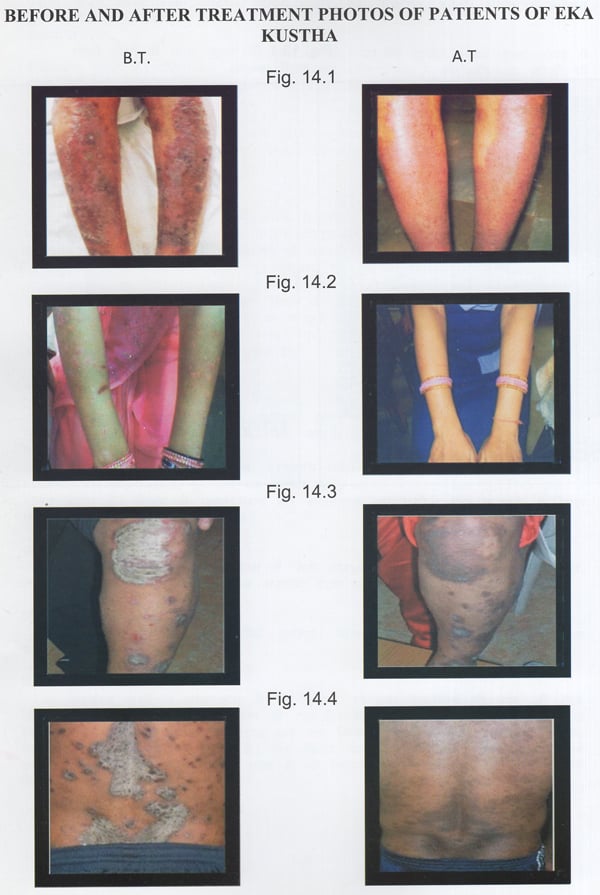 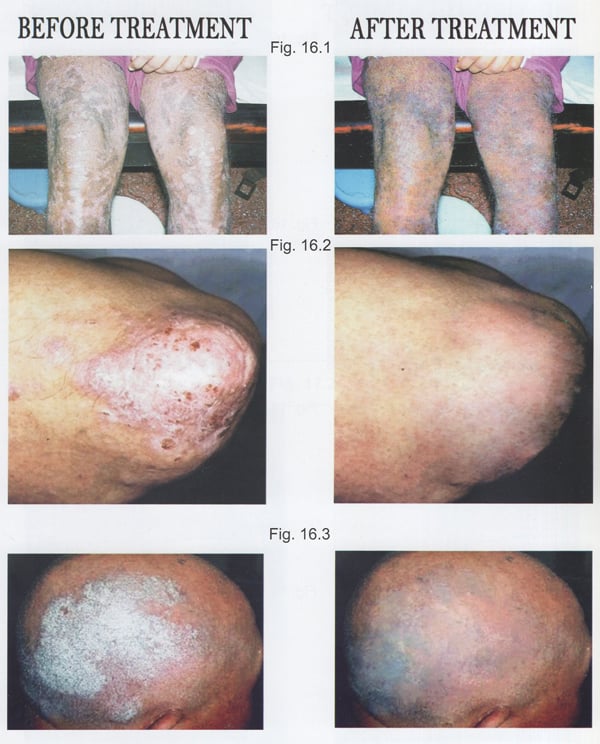 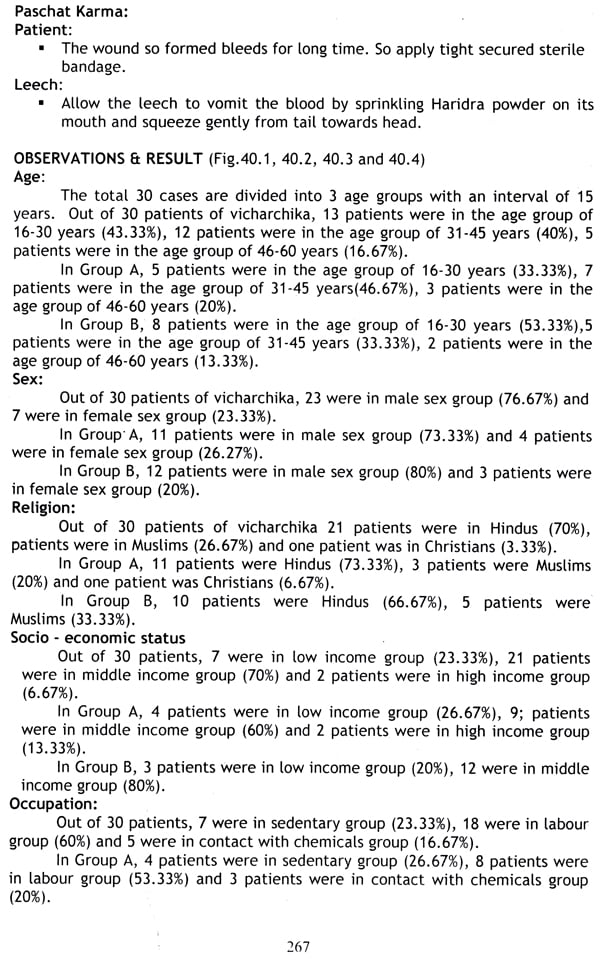 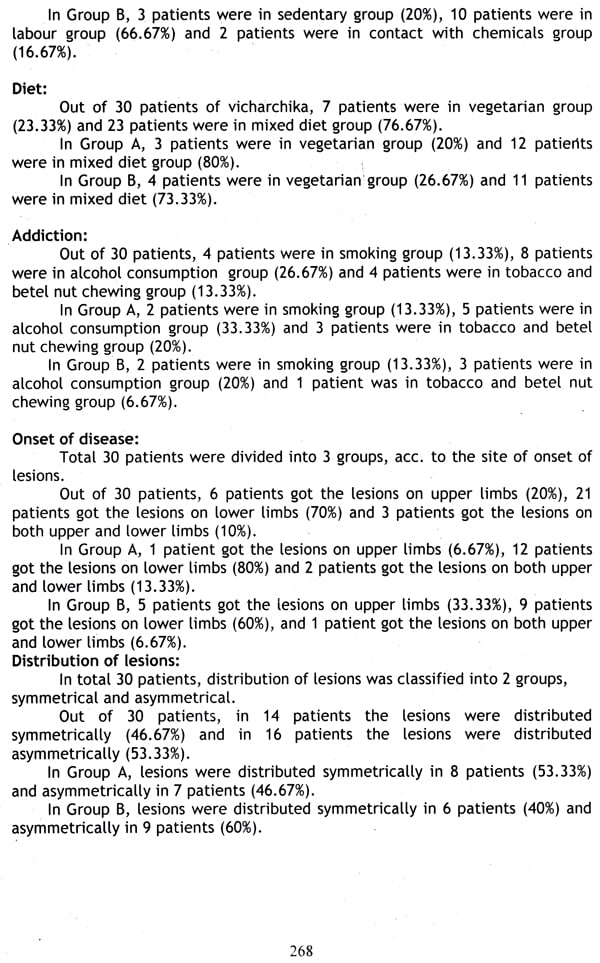 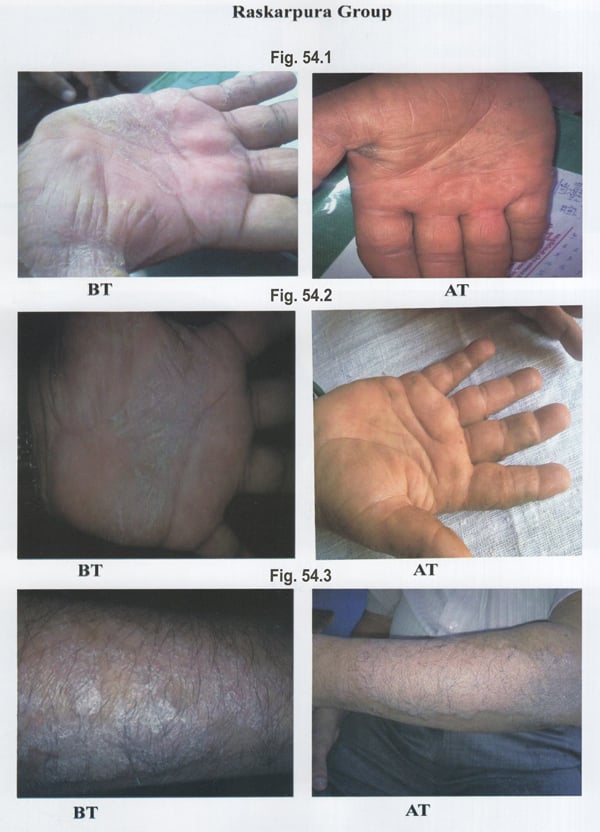 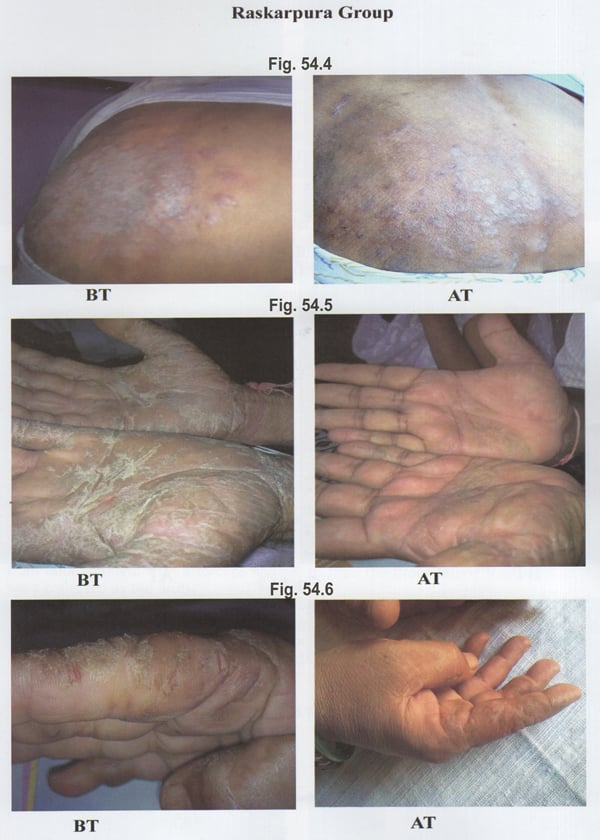 Skin Diseases and Its Treatment through Ayurvedic and Herbal Medicines
By Dr. Narendra Jain
$17.50
Best Seller Diseases of the Skin (Their Constitutional Nature and Homeopathic Cure)
By J. Compton Burnett
$19 Diseases and Homoeopathy Therapeutics of the Skin
By J. Henry Allen
$29
FREE Delivery