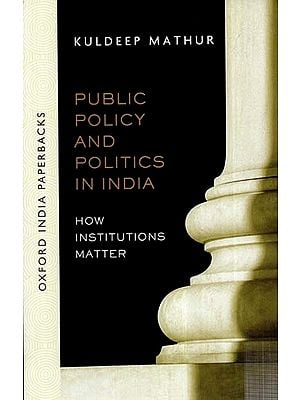 Public Policy and Politics in India- How Institutions Matter

Policymaking in India evokes an image of rational decision-making and technical optimality. However, the arena of policymaking is characterized by conflict and contestation resolved through processes of negotiations and compromises. A significant amount of research in India focuses on policy goals and consequences, and less on policy processes. Breaking away from that approach, Public Policy and Politics in India directly addresses policy processes and discusses the role of institutions in policymaking in India. The wide-ranging essays cover issues such as environment, education, Parliament, liberalization, and governance. They highlight failures of implementation resulting from deep-rooted flaws in overall policy design. The volume aims not only to provoke a debate but also to encourage more systematic studies in the area.

Public policymaking, in the context of the emerging style of governance in India, is becoming increasingly complex. In addition to state institutions, the corporate sector and civil society organizations have begun to play an interactive role in producing public policy. These interactions are not merely informal. They are being institutionalized and formalized through the creation of new kinds of agencies and partnerships. A multi-layered governance structure is replacing the all-familiar single focal point of government. What is the nature of this new style of governance? How does it affect the role of the state in framing public policy? Questions like these and many more need to be answered, and this book is a plea to explore, in greater depth, the nature and role of these networks in determining public policy. It is not only an illustration of how policies are determined in India, but also an effort to spark interest in investing greater research in this area.

In the present volume, I have attempted to put together some of my research essays that focus on an analysis of India's public policies. These studies have been carried out through the last decade or so, and published as articles in journals, as monographs, or included as chapters in volumes edited by others. They are not an inclusive account of how public policies are crafted in India, but reflect some concerns regarding the way they are formulated. The collection, therefore, represents diverse subjects but a common theme. That theme is concerned with exploring the processes of policymaking.

These essays have been written at various times and in some cases there may be repetition in parts. Each of them can be read independently and is self-sufficient by itself.

I would like to thank the team at Oxford University Press for initiating the idea for the publication of this collection and carrying it through.

The contributions in this volume stem from a concern about the neglect of studies of policy processes in India. This is an area that has largely slipped from the concerns of scholars and practitioners. Even though some formal programmes of study in public policy have been initiated in a few institutes of management and universities in India, empirical research, which explores the way public policies are formulated and the dynamics of interaction of government institutions and others in the policy formulating process has not received adequate consideration. The disciplines of political science and public administration in India have not given the attention that policy analysis deserves. Apart from the USA and UK, there are many countries around the world where policy studies are an expanding area of research and study.' This is not to suggest that substantive issues in policy have not attracted research attention. During the planning era, economic policies were indeed analysed and were also part of public debate. But the discipline of economics remained more interested in designing choices and considerably less so in focusing its attention on the way these choices were arrived at, how policy conflicts were settled, and what factors shaped final choices. Other social scientists came on the scene once the planning strategy became less centralized to understand and analyse the political as well as the socio-cultural impact of many macro-decisions. The result is that we have little understanding of how state institutions actually function and the kind of values and assumptions that underlie their public policy perspectives.

Several scholarly contributions in the past decade or so mark a shift in focus in the framework of policy analysis from what was known as the top-down approach. These contributions are critical of this approach which was closely associated with the idea of scientific decision-making or what Stone terms as a 'rationality project'. In this traditional, top-down perspective, policy process is based on a rational choice of the alternatives available to the decision-maker. The process of a rational choice consists of: a. identifying the problem, b. defining and ranking goals, c. identifying all policy alternatives for achieving these goals, d. identifying the costs and benefits of each alternative and ranking them according to trade-offs and then, e. choosing the best alternative. It is assumed that goals can be identified in advance and all information is available to identify trade-offs of each alternative from which the best choice can be made.

In turn, this approach helped demarcate various stages in the process of policymaking, beginning from the stage of agenda setting to that of evaluation and feedback. Each stage was perceived as independent of the other and led to the growth of technically-oriented analysis. The introduction of the computer encouraged and deepened the use of quantitative techniques and modelling. This approach is more often than not, associated with planners and professional policy analysts who see the possibility of best technical solutions to social and economic problems. When these solutions are not implemented, or cannot be implemented, they blame politics and its irrational manifestations, in both administrative structures as well as in society. Much of the field of policy analysis has been dominated by the literature emanating from such a technorational perspective. As a matter of fact, a distinctive area of research as implementation analysis emerged particularly after the publication of the volume by Pressman and Wildawsky. Implementation researchers divided the policy process into policy formation and policy implementation, and raised questions on how policies were formulated and, once made into law, implemented. More attention was focused on how the intentions and goals of policymakers were translated into action and achievement. The approach forced the researchers to accept the goals of policy as given which in principle had to be followed because the legitimacy of the decision at the top could not be questioned.'

Apart from the fact that the top-down approach precluded understanding of policy as a process of negotiation,' it reduced political and social issues to technical considerations for achieving goals through administrative means. Vexing social and economic problems were interpreted as issues that needed to be managed better with improved programme design; their solutions were to be found in the objective collection of data and the application of technical decision-making approaches. This rational-technocratic approach in large part defined the policy sciences since the 1960s. It found resonance in the value of efficiency embedded in all economic and managerial thinking and therefore dominated the way governments defined their problems and found solutions for them.

What was lost sight of in this dominant theme pursued by most scholars was that policy was an arena of contestation-of bargaining and compromises-of politics. Reducing conflict ridden questions to the bureaucratic imperative of impersonality and neutrality inhibited an understanding of how policies were formulated and implemented. It viewed social and political issues as questions of efficiency, performance, and productivity amenable to bureaucratic methods of decision-making. Fischer has further argued that these positivist methods of policy analysis have served intentionally or unintentionally to facilitate and bolster bureaucratic governance.' He goes on to suggest that the post-empiricist call for the use of interpretative (hermeneutic) and discursive (deconstructionist) techniques are an effort to demonstrate that politics and policy are grounded in subjective factors. The attempt is to demonstrate that what is identified as 'objective' truth by rational techniques is as often as not the product of deeper, less visible, political pre-suppositions. Their analysis starts with the recognition that different discourses, definitions, and questions lead to different policy outcomes. What are known as 'facts' are social constructions and framed through the discourses of the actors themselves. It is important, therefore, to explore and investigate the pre-suppositions, values and beliefs on which empirical assertions rest, and uncover the many dimensions inherent to many deliberations and debates relevant to most policy issues. 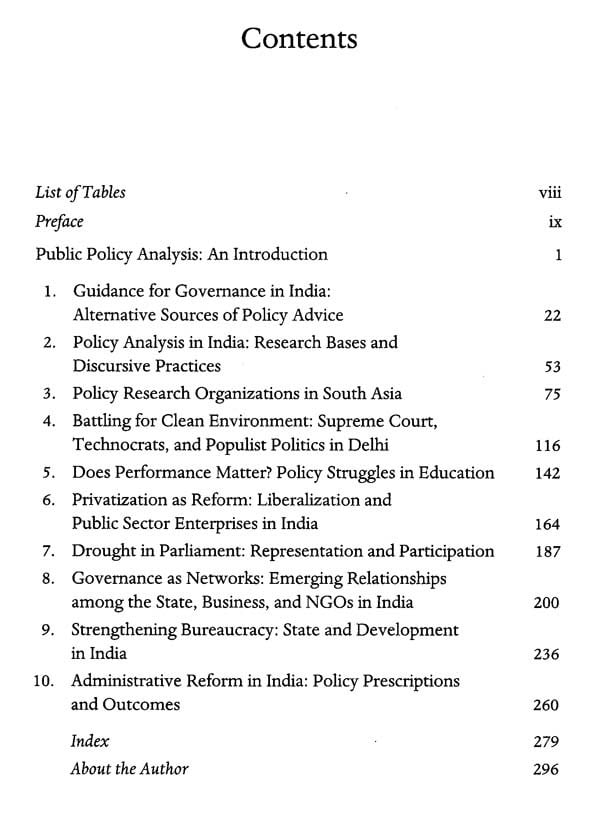 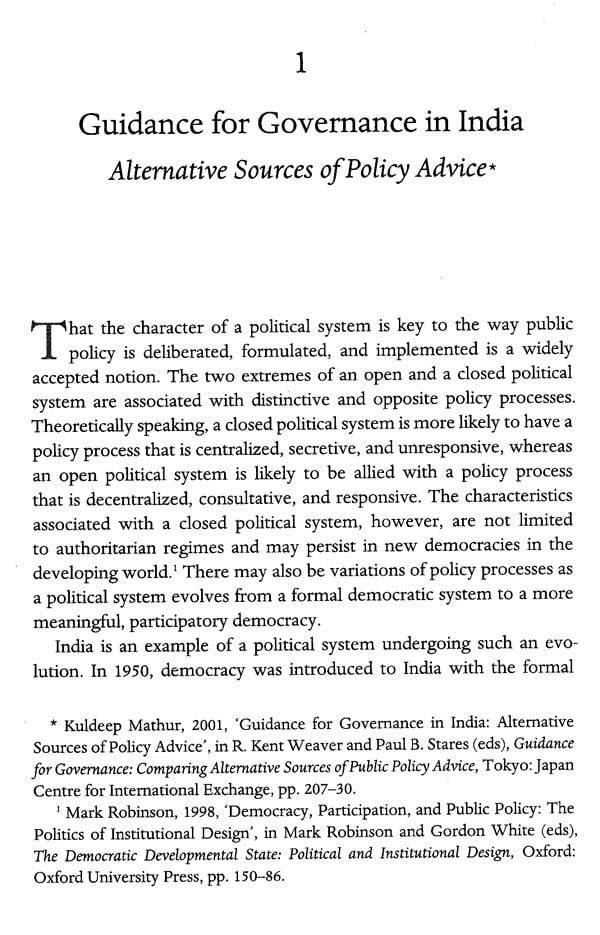 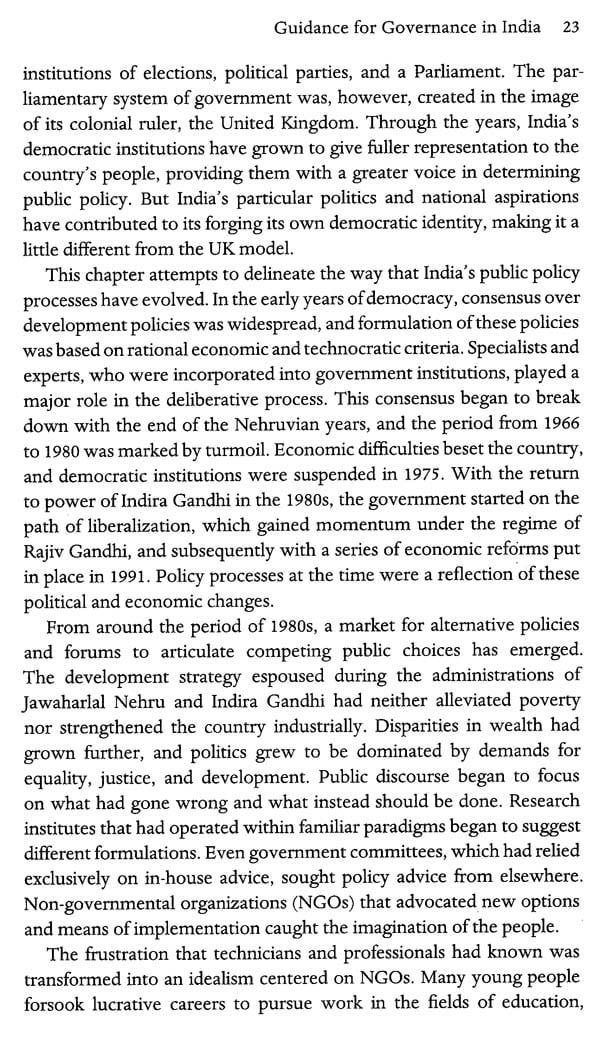 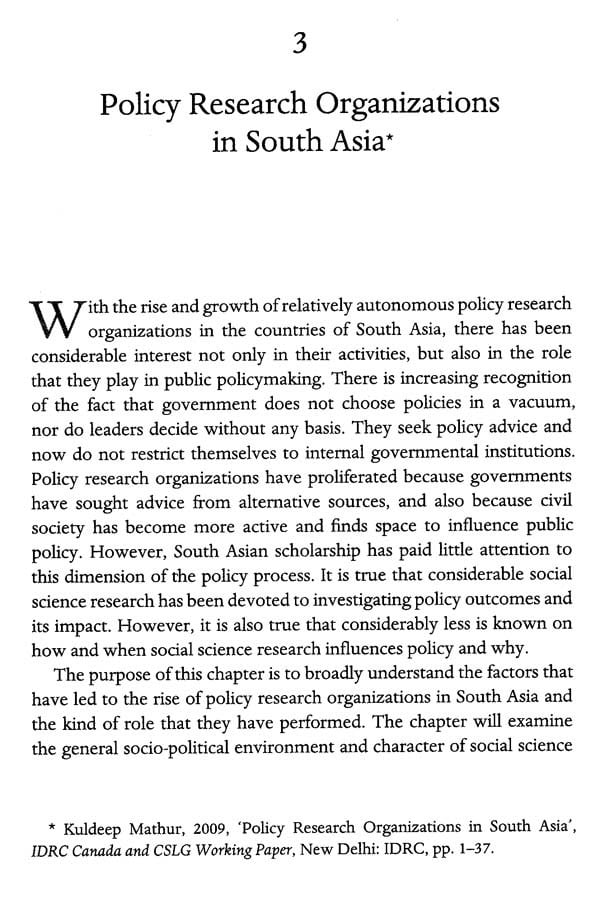 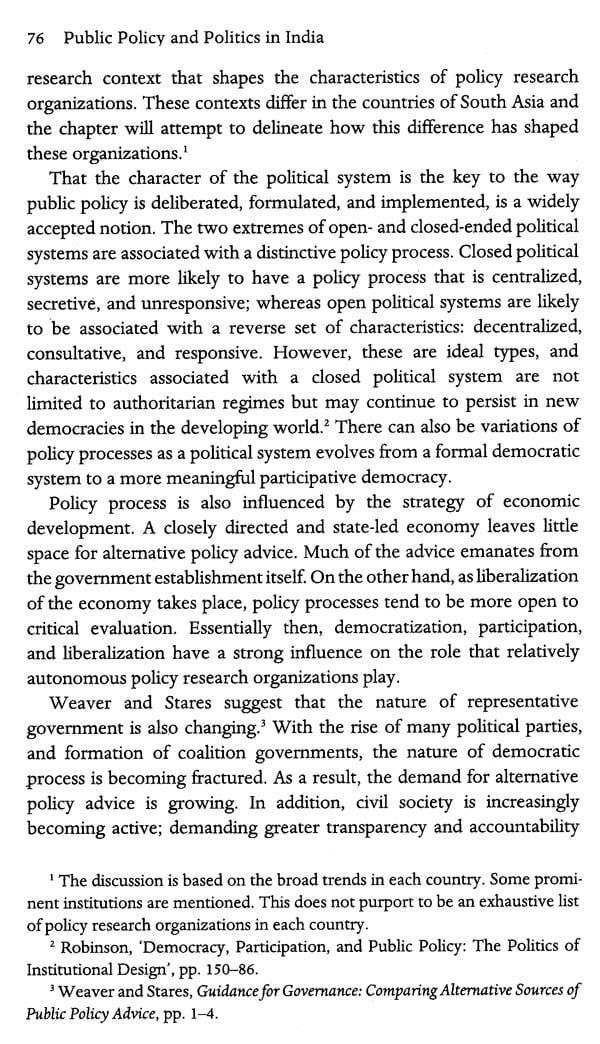 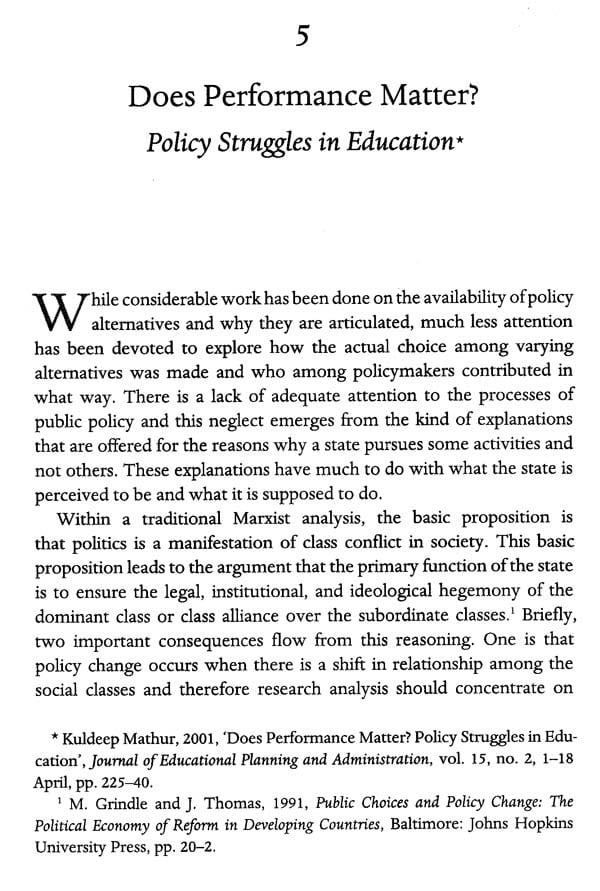 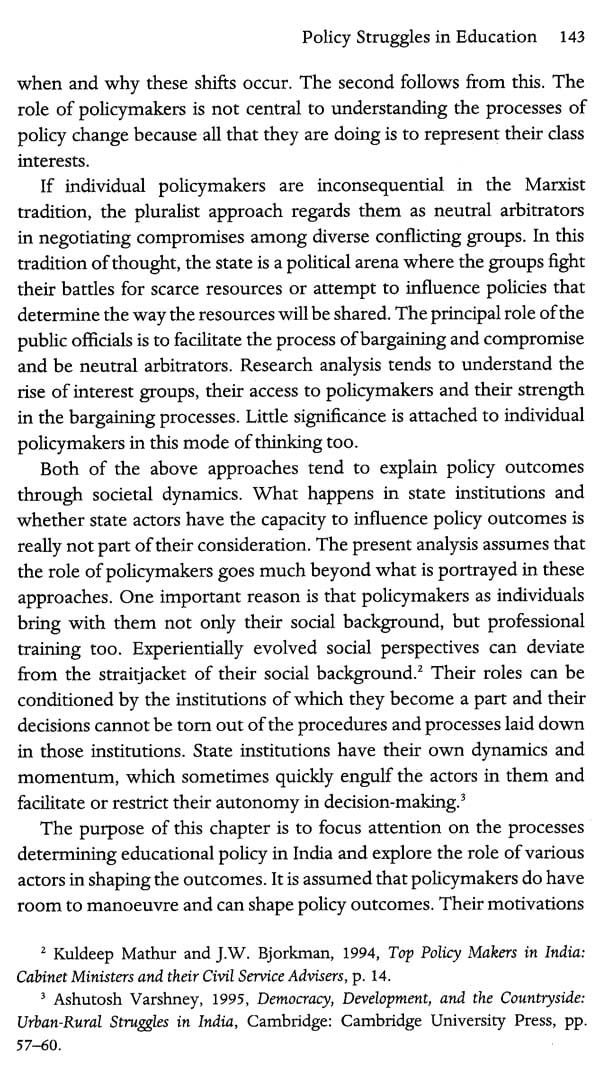 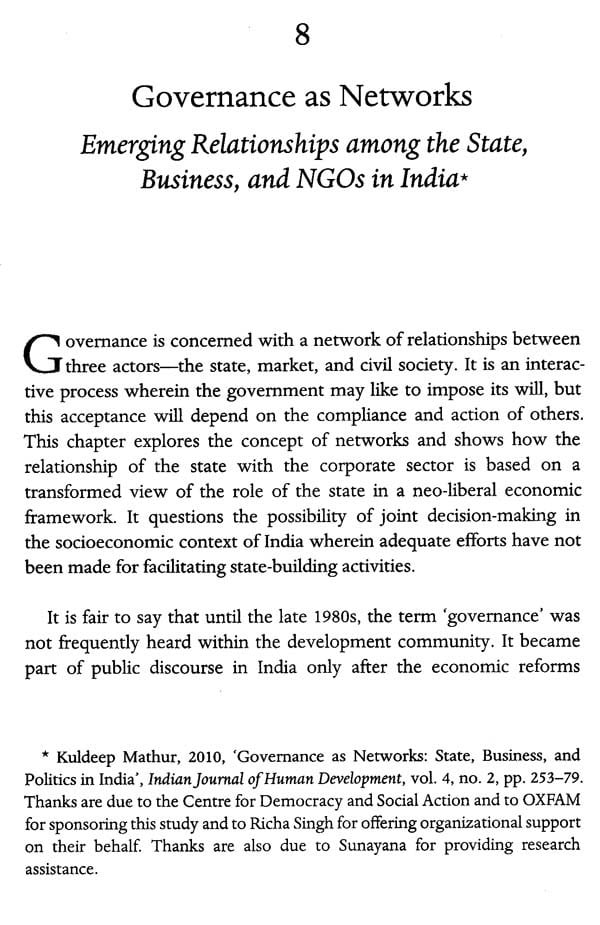 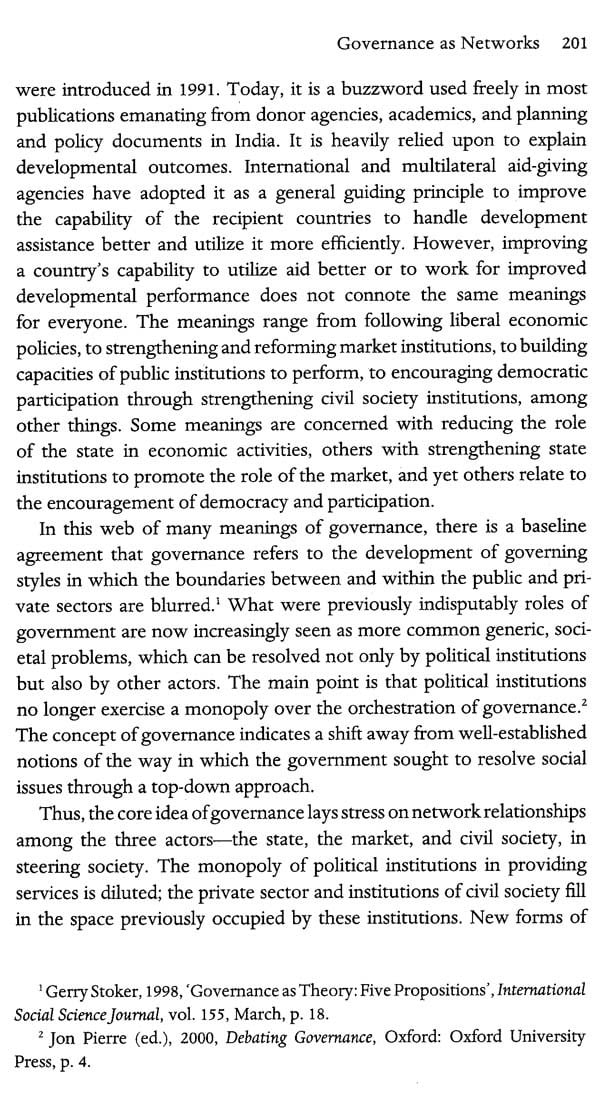