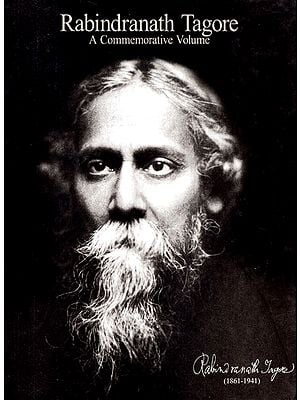 FREE Delivery
$40
Quantity
Ships in 1-3 days
Notify me when this item is available
About the Book
In this Commemorative Volume we pay tribute to one of, India's greatest sons - Rabindranath Tagore. The celebrations to mark his 150th birth anniversary resonate across the world, transcending borders and languages. The most well known of Indian authors of the twentieth century, the works of Tagore have been the most translated among Asian authors in literary languages of the world.

Besides the vast repertoire of his works, the Poet gave us much to reflect upon. Always positive and oriented towards action, he once said 'I have become my own version of an optimist. If I can't make it through one door, I'll go through another door or I'll make a door. Something terrific will come through no matter how dark the present".

For me, though, here's the thought that almost invariably brings a smile to the face `I slept and dreamt that life was joy. I awoke and saw that life was service. I acted and behold, service was joy.'

This volume will give our readers a rare insight into the myriad facets of this truly remarkable personality. Authors from India and from countries around the world have joined us in bringing out this edition which will be translated into seven international languages to meet the demands of readers in different continents. It is difficult to portray completely a personality such as Tagore. However, we have attempted to introduce our readers, young and old, to this magnificent persona who transcends the boundaries of time.

About the Authors
Udaya Narayana Singh is the Pro-Vice-Chancellor of Visva Bharati, Santiniketan. An eminent poet, playwright, translator and author, he was earlier the Director of the Central Institute of Indian Languages at Mysore. Singh is a linguist and a translation theoretician of international repute. He has a Master's and a Doctoral degree in Linguistics.

Navdeep Suri is a member of the Indian Foreign Service since 1983 and is currently Joint Secretary (Public Diplomacy) in the Ministry of External Affairs. He has earlier served as India's Consul General in Johannesburg and as head of the West Africa Division. He has also served in India's diplomatic missions in Cairo, Damascus, Washington, Dar es Salaam and London.

Suri speaks Arabic and French, has a Masters degree in Economics and has written on India's Africa policy, on Public Diplomacy, and on the IT outsourcing industry. His translation of Pavitra Paapi, the classic 1930s Punjabi novel, has been published by Penguin as 'The Watchmaker'.

Neelu Rohra, Assistant Editor, India Perspectives magazine- since 2005, joined the Ministry of External Affairs in 1985. She has served in the Indian Diplomatic Missions in Abu Dhabi and Kathmandu. She speaks German and has a Master's degree in English Literature.

Foreword
"For those who have grown up in the Tagore tradition in India it is a little difficult to measure the great influence it has exercised on them and on the country. I cannot venture to do so. But I wish to pay homage to one who has been a beacon light to all of us, ever pointing to the finer and nobler aspects of life and never allowing us to fall into the ruts which kill individuals as well as nations."

As the world celebrates the 150th birth centenary of the Poet, we pay homage in this volume to the world poet. His work transcends the boundaries of his times and his own language and is as relevant even today. As we seek to promote peace and stability in Asia, Rabindranath's focus on the identity of Asia comes to mind. He reflected the spirit of an Asia which had traditionally lived in peace, pursuing the traffic of ideas, the peaceful co-existence of different religions, conducting trade and commerce across oceans that were not polarized but were neutral - zones of peace and a common economic space. This was an approach defined by secularism and a complementariness of interests. On his one hundred and fiftieth birth anniversary, let's hope that the friendship between the peoples of the great ancient civilizations of Asia will grow from strength to strength. 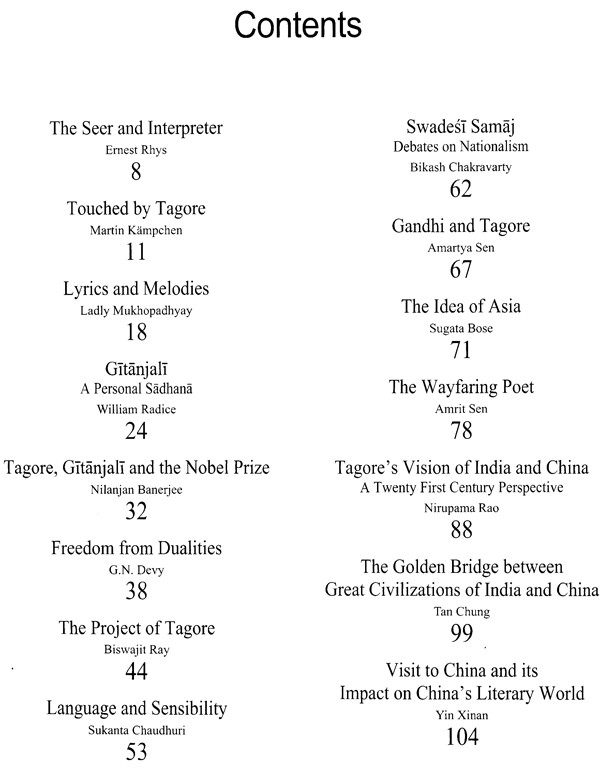 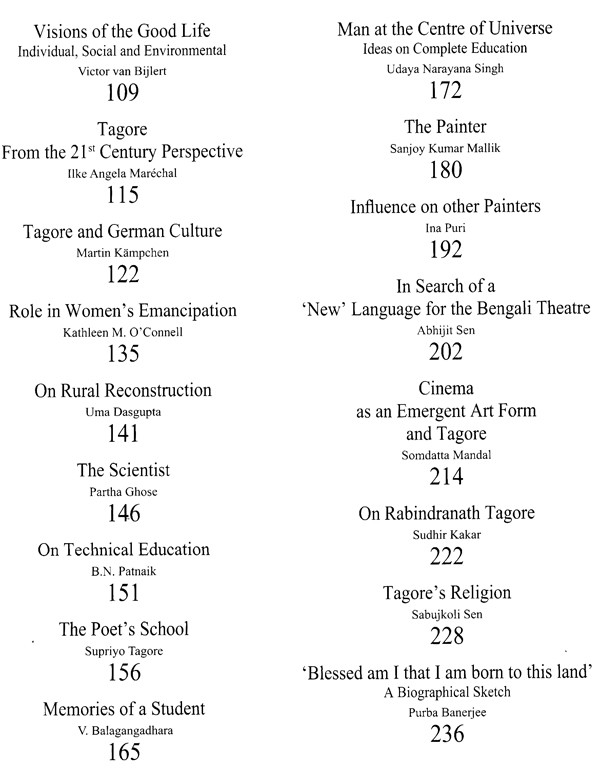 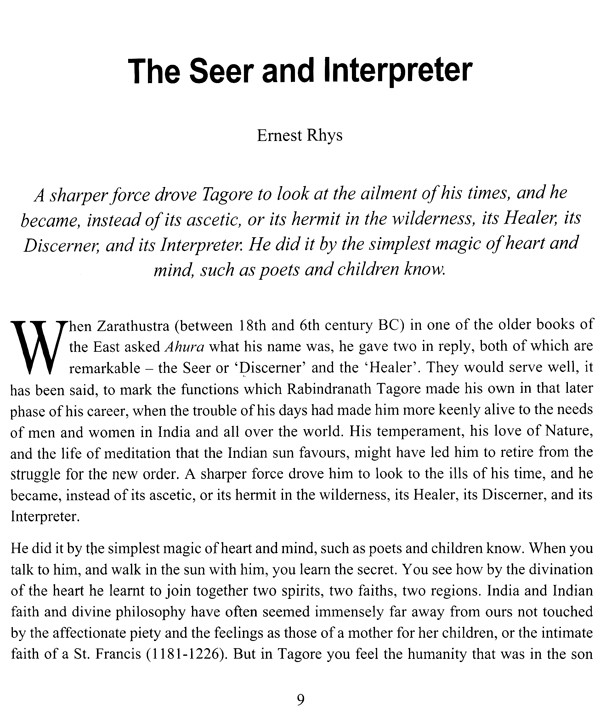 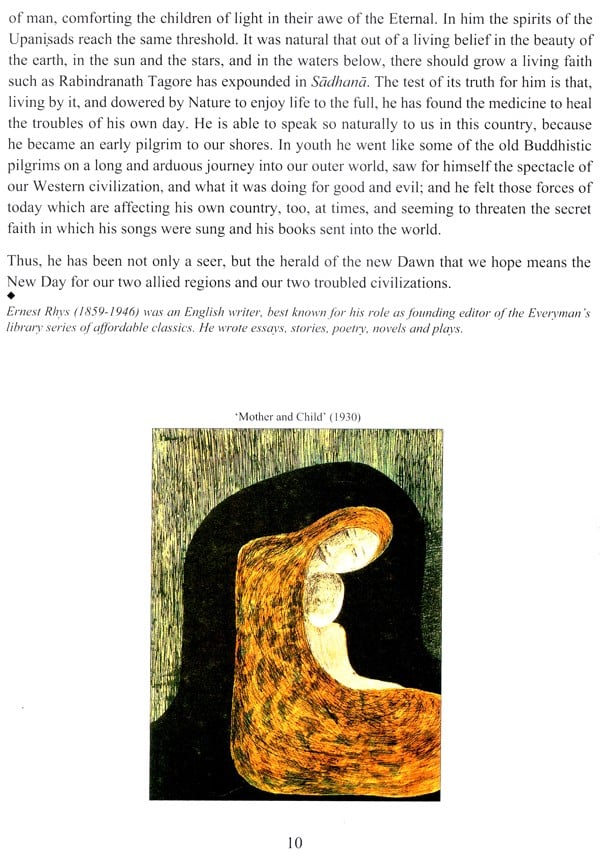 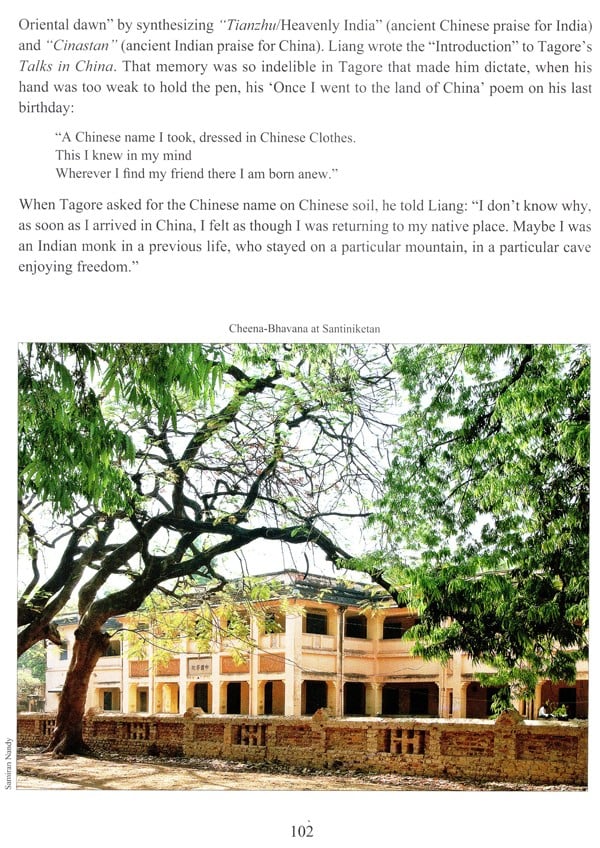 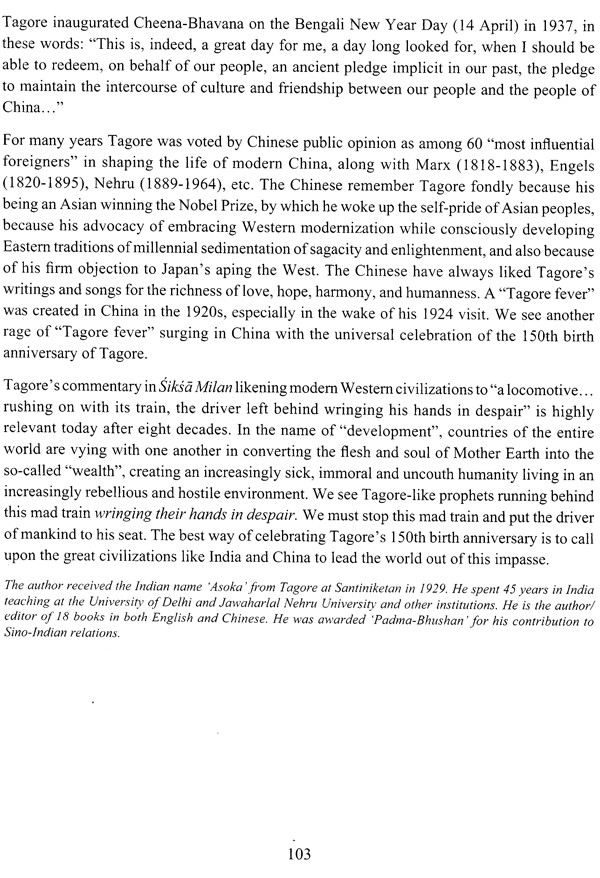 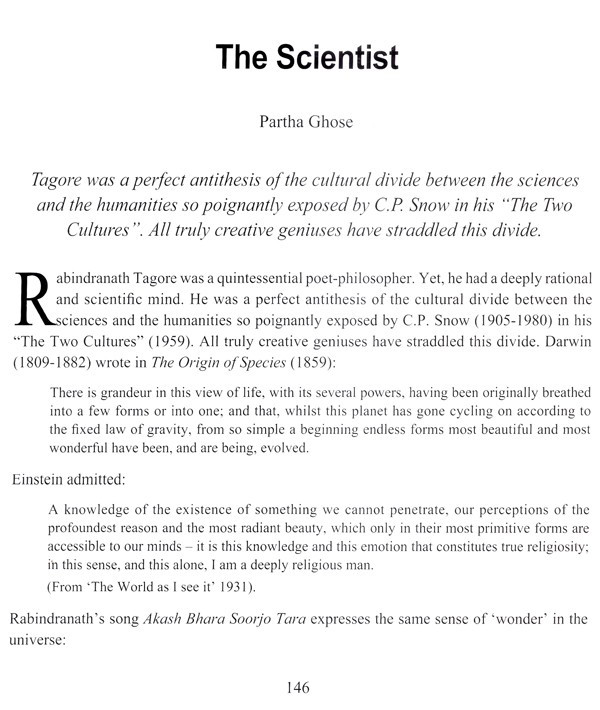 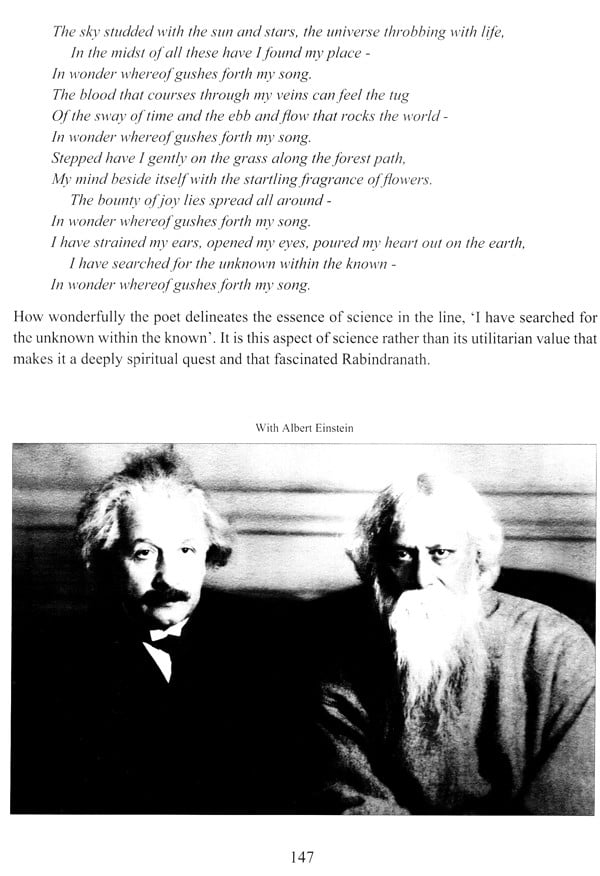 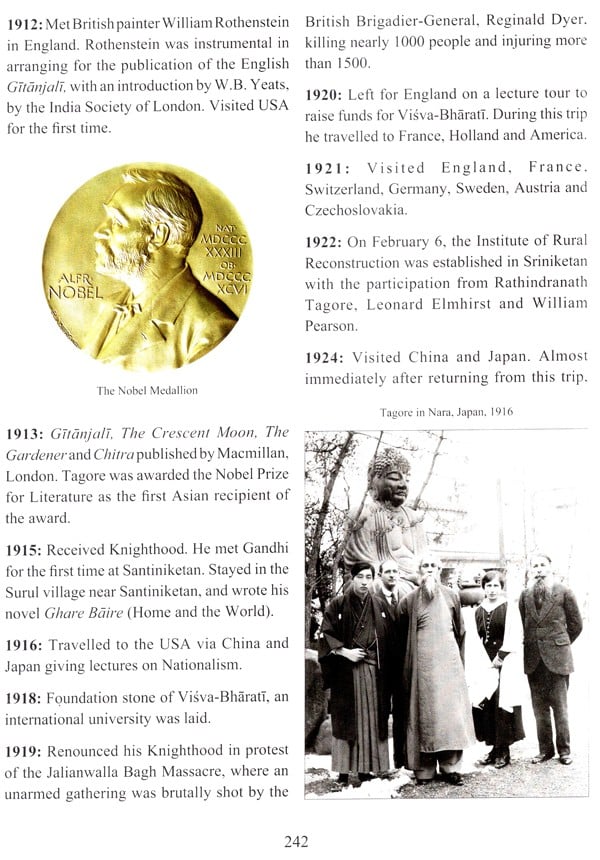 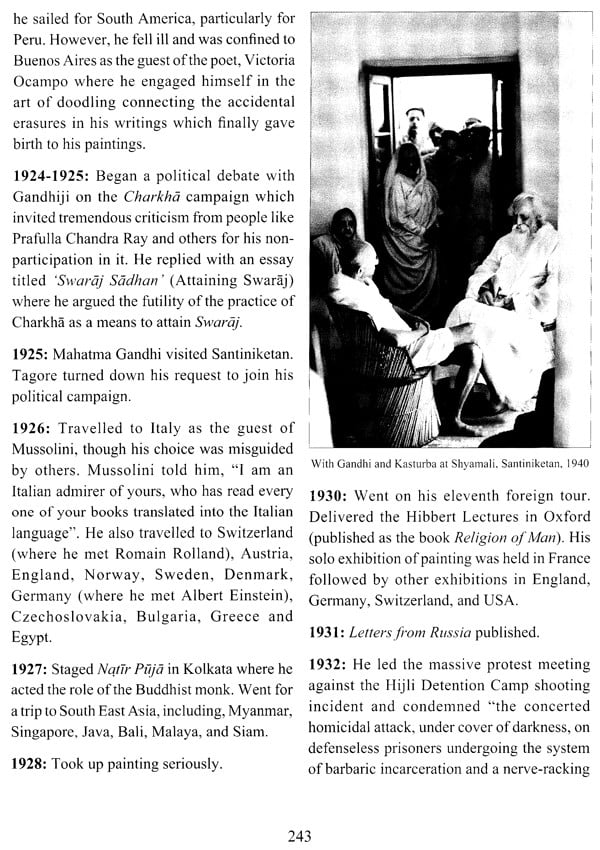