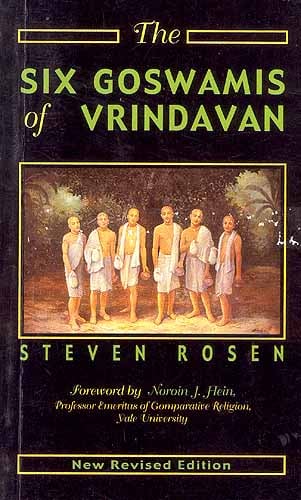 For the last one hundred years, technological advancement has afforded us many modern conveniences and advantages over the pre-industrial period. Man has harnessed the power of the atom. He hurls probes to photograph and map distant planets. He mines the ocean floor and continues to make significant breakthroughs in the fields of chemistry, physics, and natural biology. Man's technology is more advanced than he ever expected it to be.

Yet for every disease cured a new one arises. And men and women wonder aloud about their future in a world bristling with nuclear weaponry. While we patiently wait for destruction, humans live with vermin in major inner-city areas and violent crime soars in once quiet neighborhoods. Thus, while technology may have improved, we must admit that in many ways our quality of life has not. We have inadvertently replaced tranquility with technology, and we consistently look for a viable alternative.

This is not to say that technology is necessarily some vicious fiend to be avoided at all costs. There are appropriate ways to make good use of technology, which can then become an asset for the aspiring spiritual seeker. This and other similar books, for instance, could not be printed or widely circulated without the use of modern technology.

In fact, the greatest religious teachers have taught that "otherworldly" pursuits can be fully realized while existing in the here and now, making full use of material of nature. Use, but not abuse. The great sages and prophets throughout history knew that abuse of material nature engenders a concomitant self-abuse. What goes around comes around. Actions and reaction. Cause and effect. Karma.

Contemporary society is a good example. The more "advanced" we get, the more we seem to exploit our environment. And we ourselves must suffer as a result. Thus, despite access to every modern amenity, we still experience a great void, a lack, a cavity that desperately needs to be filled. A substantial "slice of life" is missing. This can easily be attributed to our single-minded and anxious pursuit of materialism (or technology), which, incidentally, never accomplished its end  namely, to make people happy. The net result is that many have decided to pursue spirituality in earnest. Usher in the New Age.

While some writers and social critics consider man's reactionary quest for spiritual knowledge to be a positive outcome of a world gone mad with secular advancement, there is another school  and rightly so!  that brings to light an inherent downside to the New Age "enlightenment". We are now beset, they say, with a plethora of every conceivable kind of metaphysical, mystical mumbo-jumbo, and the result is that the mind rejects spirituality in the same way that it initially rejected materialism. And so you have a sort of cat-and-mouse game, wherein one rejects material advancement for spiritual life and then rejects spiritual life for the same kind of material advancement that one had rejected in the first place. The game goes on; the chase goes back and forth; the mid is sent reeling. As a result, the mass of people settle for a sort of placated materialism.

Such confusion was addressed five hundred years ago by the Six Goswamis of Vrindavan  Shri Rupa Goswami, Shri Sanatan Goswami, Shri Raghunath Bhatta Goswami, Shri Raghunath Das Goswami, Shri Jiva Goswami, and Shri Gopal Bhatta Goswami. Far from suggesting that one toss up one's hands in frustration, resigning one's fate to one of complacent materialism, they propounded a sensible doctrine of devotional practice that culminates in divine love. Scientific, calculated procedure (sadhana-bhakti) and mythical spontaneity (raganuga-bhakti) both play a part in the Goswamis' theology. In their system one does, indeed, throw up one's hands, but not in disappointment or resignation. Rather, one raise one's hands in glorification of the Supreme.

But this glorification is not whimsical. It is not a concocted or sentimental philosophy propounded by conditioned souls who have imperfect senses and the tendencies to be illusioned, make mistakes, and cheat. Rather, it is an exhaustive theistic process that is deeply rooted in a time-honored scriptural tradition having as its source ancient India's divinely inspired Vedic texts. This immersion in bona-fide scriptural commentary, so characteristic of the Six Goswamis, can spare one the otherwise inevitable burden of faulty mental speculation and gross misconception.

Thus, the six Goswamis sought not to invent some imaginative or novel interpretation of scripture, but rather to faithfully and clearly represent the original intent of the text itself. This was no easy task, for the Vedic scriptures represent the most vast storehouse of spiritual knowledge known to man, and the Goswamis had the laborious if also loving task of thoroughly analyzing the scriptures for the benefit of all spiritual seekers.

Their endeavor was explained by Shrinivas Acharya, a great saint and scholar of the early seventeenth century. In the second stanza of his Shri Shri Shad-Goswami-ashtaka, a song in praise of the Six Goswamis, he makes clear that their most important contribution was to "scrutinizingly study all the revealed scriptures with the aim of establishing eternal religious principles for the benefit of all human beings." In other word, rather than contributing more speculative commentaries to an already confused religious world, they used logic and reason to scientifically analyze all existing religious scriptures. They passed down in disciplic succession the conclusions of the predecessor teaches and the compilers of the Vedic texts. In this way they sought to alleviate the suffering of mankind.

People are suffering due to want of knowledge. This is clearly seen in the confusion that exists today, especially in secular Western countries. As stated previously, when one is materially exhausted, one generally turns to religion. But without proper guidance, the religious quest can also lead to confusion, and one then again takes shelter of the materialistic life that one knows so well.

But the work of the Goswamis can save one form that back and forth dilemma so characteristic of today's society. When properly applied, their philosophy of yukta-vairagya, or "practical renunciation," solves the dichotomy between tranquility and technology. The Goswamis taught the proper utilization of material phenomena. That is, everything is meant to be used in the service of the Absolute Truth. The confidential, detailed procedure of just how to do this was revealed by the Six Goswamis.

Steven Rosen's work admirably combines personal commitment with research into original sources. The Six Goswamis were crucial to the theological development of Chaitanya's devotional movement, and this series of biographical sketches makes a valuable contribution to our understanding of the backgrounds they brought to this task.

By presenting a handy conspectus of accounts relating to the Six Goswamis of Vrindavan, this book will help English-speaking readers understand what these men are held to have achieved and why they have been so venerated. It is the latest entry in a tradition of Indian hagiography that is centuries old, and notable for being composed by an American living in New York.

book...the only historical work on the subject. It will remain a precious gem in my collection and, no doubt, in the collection of others. 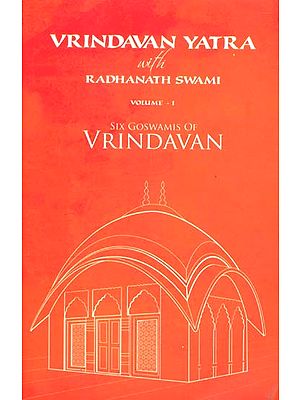 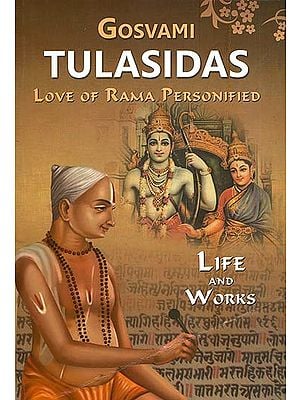 Ujjvala-Nilamani (With Commentary by Jiva Gosvami and Vishvanahta Chakrvarti Thakura) (Transliteration with English Text)
By Jiva Gosvami
$54.40
FREE Delivery
Best Seller
$68  (20% off)
Add a review
Have A Question