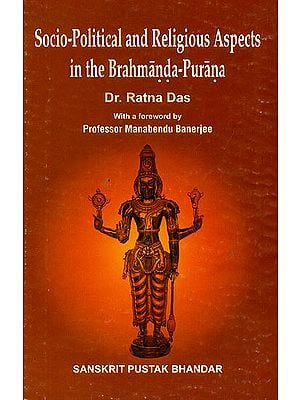 Socio Political and Religious Aspects in the Brahmanda- Purana

The Brshmsndspuriins occupies an important position In the vast Puranic literature. It has certain distinct peculiarities and remarkable characteristics which make it a class by itself. The socio-political as well as religious information inherent in this text have not so far been studied and ana lysed in its en- tirety, though, however, stray and isolated articles on this text can be found to have been occasionally published. In the present book social, political and religious documents have been studiously collected and arranged by Dr Mrs Ratna Das, correlating them with contemporaneous meterials gleaned from other allied texts.

Dr Das has at the outset precisely but decidedly produced the summaries of the principal Puranas with special reference to the Brshmsndspuriin«. Thereafter the nature of the said purana as one of the genuine Puranas has been instituted with justi fiction. Abstracts of the chapter-wise contents of this purana covering about. 100 pages will be very helpful to the general readers, as there is no dependable English translation of the text. This part of the book will enable scholars, having little or no knowledge of Sanskrit, to be benefitted with the theme of the Purana under consideration. A good number of well designed charts included in the book will certainly make the discussions lively. Chapters 35-53 have been described in detail through extended summaries wherein the Puranic geography has been investigated into with wilful judgement.

The information from the Brohmiindepursns with reference to social organisation, woman and marriage, religion, dress and ornaments, food and drink, war and weapons, flora and fauna, places of pilgrimage have been systematically collected and interpreted. The book is valuable firstly for supplying us with a reliable account of socio-cultural aspects of ancient India, as displayed in the Br.p. and secondly for presenting us with an over-view of a purana that has not been much discussed by Dr Das's predecessors.

We thank Dr Das for her sincere attempt for unearthing the treasure contained in the Br.p. in a crude, form and for magnifying it to the scholarly world through her deep sense of scientific analysis of the Puranic data. 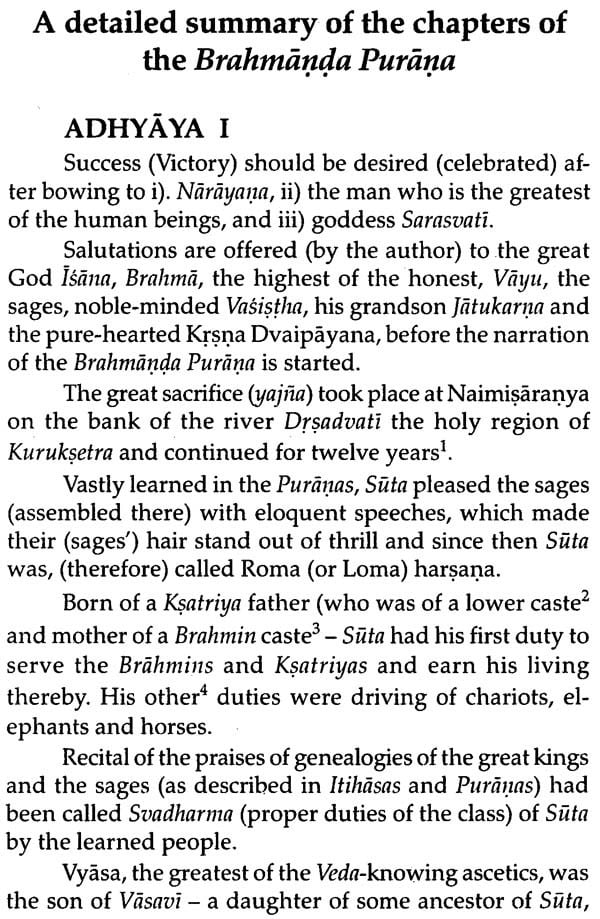 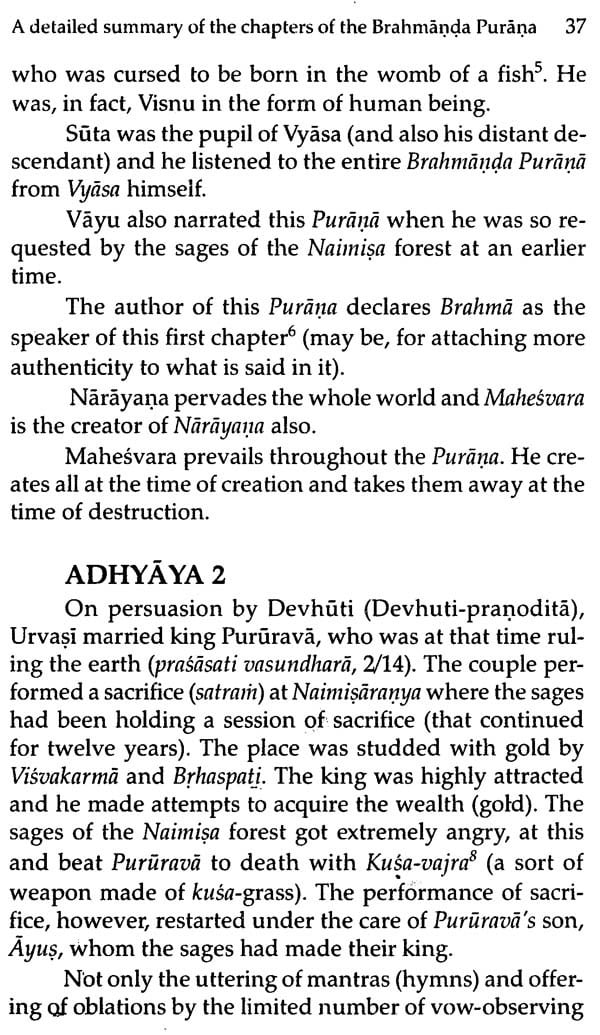 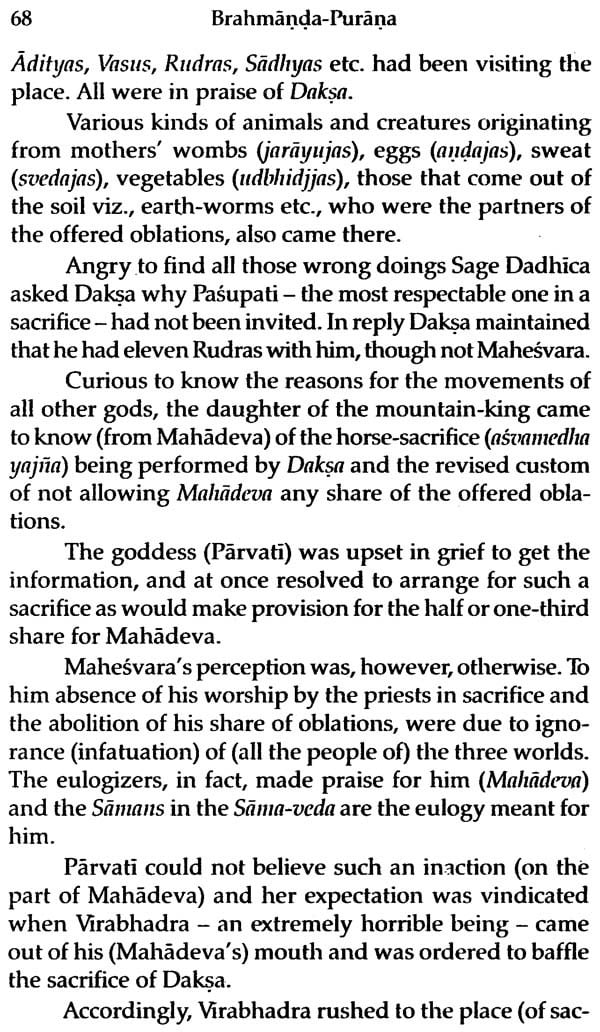 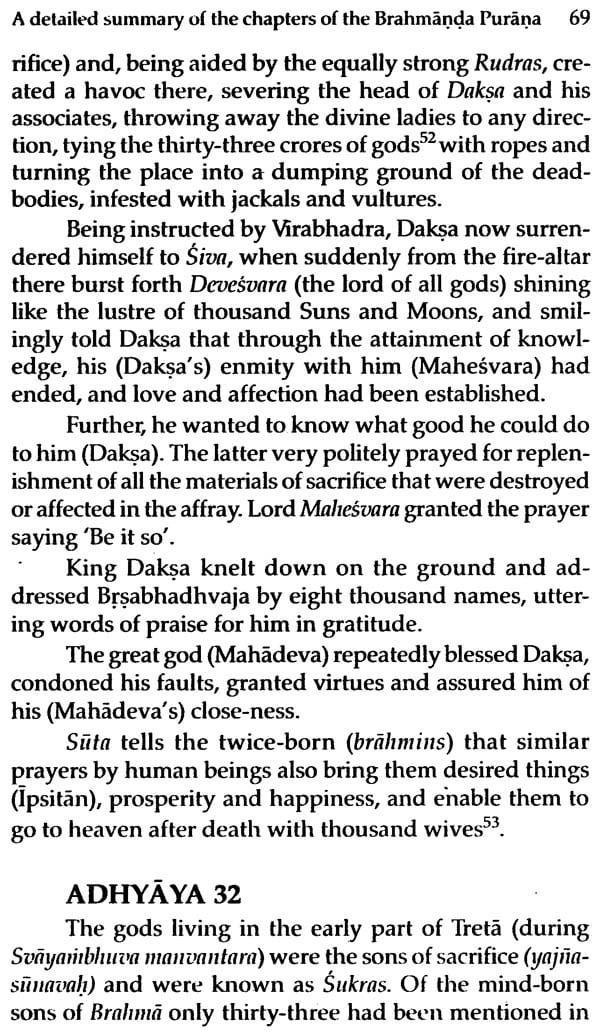 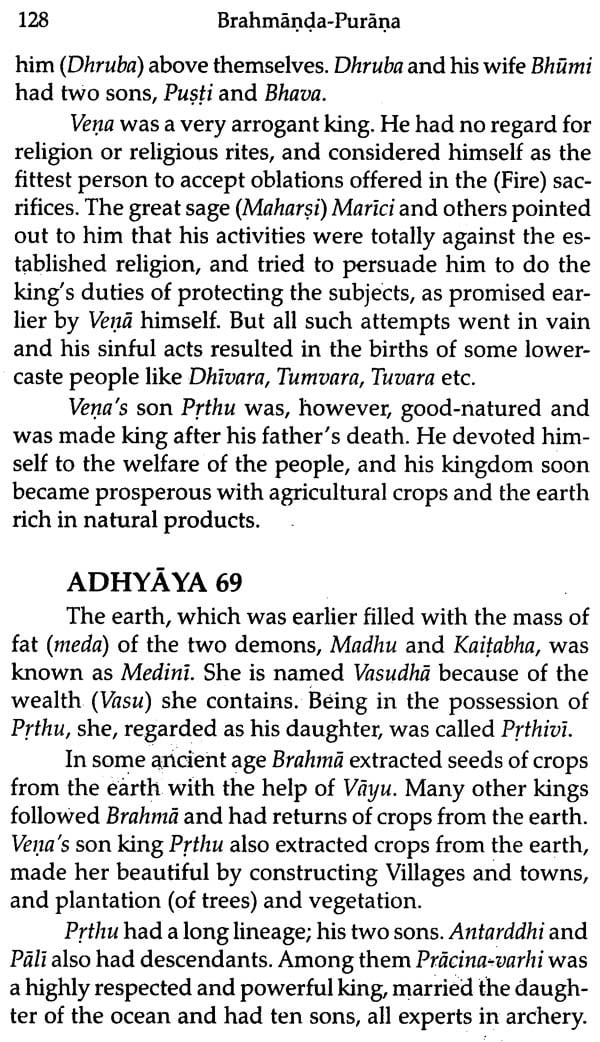 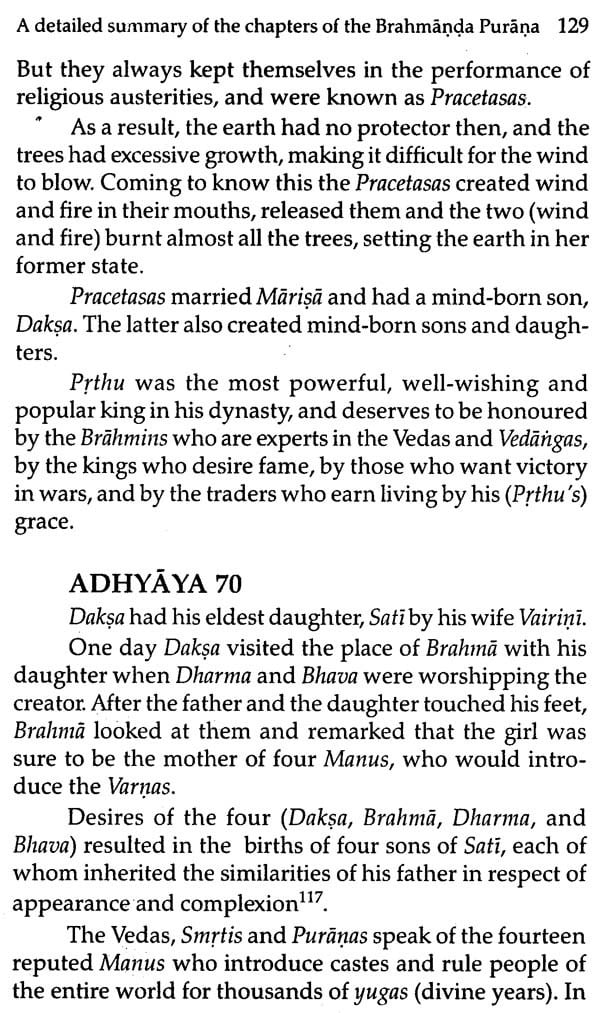 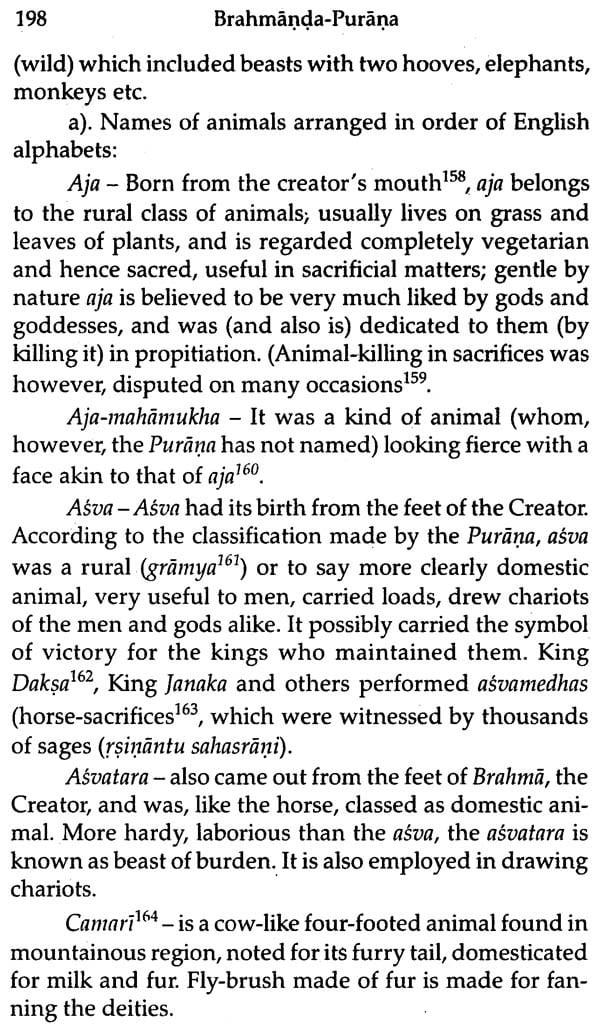 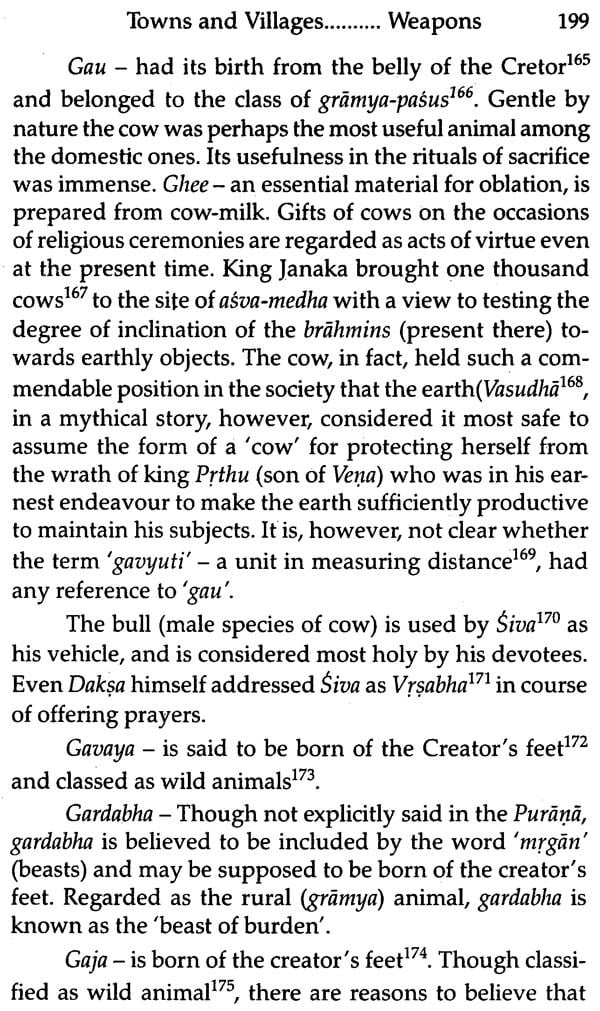 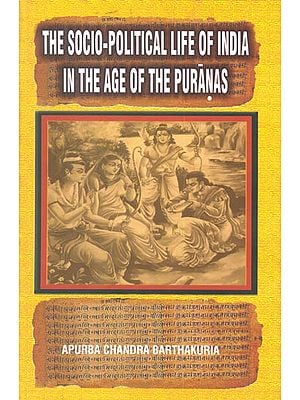 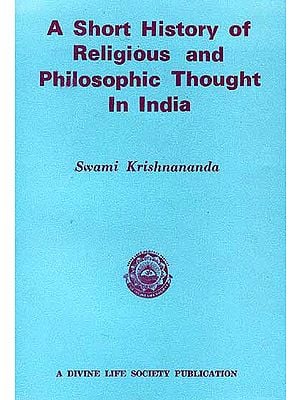 A Short History of Religious and Philosophic Thought In India
By Sri Swami Krishnananda
$10.50
Out of Stock 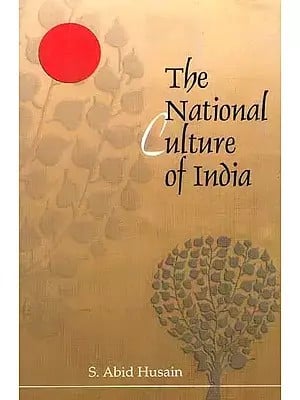 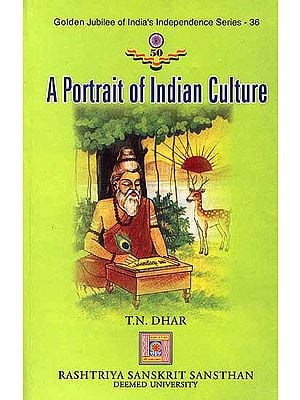