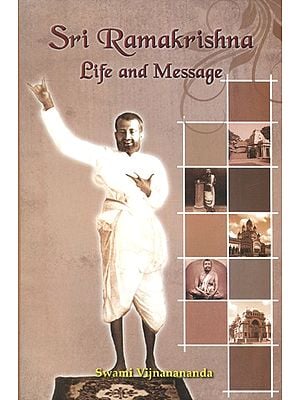 23 years in business
Foreword
With a view to spreading the life-giving message of Sri Ramakrishna to the large number of his Hindi- speaking devotees, Revered Swami Vijnananandaji Maharaj, one of the direct disciples of Sri Ramakrishna, in 1904, penned Paramahamsa Charit, the first Hindi biography of Sri Ramakrishna by one who had known him. Therefore, it has a great historical value.

For many years, this valuable book was not known to the devotees and was also out of print. But in 1994, Professor Arun Kumar Biswas, With the help of his wife Smt. Sulekha Biswas, took great efforts to translate this book from the original Hindi into English for English-speaking devotees and admirers. The title was Swami Vijnanananda and His Paramahamsa Charita published by Sujan Publications, Kolkata. As in the original Hindi version, the readers will find the classification of the teachings of Sri Ramakrishna into relevant categories extremely useful and it will help them to draw appropriate inspiration, as and when needed.

I am happy to know that Advaita Ashrama has now taken up the responsibility of thoroughly editing and publishing this English edition under the new title Sri Ramakrishna: Life and Message. .May it proves to be a perennial source of inspiration to the ever-growing number of English speaking devotees and admirers. who otherwise would not have been able to read it?

introduction
We have derived great pleasure working on the life of Swami Vijnananandaji Maharaj (1868-1938), one of the direct disciples of Sri Ramakrishna Paramahamsa (1836-1886), and on the disciple's famous treatise (1904) on his Master: Paramahamsa Charit. It is sincerely hoped that the readers might appreciate not only the first-ever translation of the Hindi treatise, but also the substantial number of annotations. Of special importance are the biographical details on the engineer-cum-saint who became the fourth President of the Ramakrishna Math and Mission (1937-1938), and his intimate reminiscences of Sri Ramakrishna, provided in Chapters 1 and 2 respectively.

In his famous essay Kavye Upekshita, Rabindranath Tagore discussed how the character of Urmila (Lakshman's wife) was ignored in the epic Ramayana. It is a sad truth that the Paramahamsa Charit of Swami Vijnanananda has been similarly overlooked in the deliberations on the Ramakrishna- Vivekananda literature. Those who ignored this gem have done so out of their ignorance. Otherwise, we would not have come across a comment from a very knowledgeable author that 'Swami Vijnanananda translated into Hindi Sureshchandra Dutra's Bengali book on Sri Ramakrishna.'

We 'have tried our best to bring out the background and special features of Paramahamsa Charit in Chapter 3 of this volume as well as through the notes and references given at the end of the said chapter and after the unabridged translation of the treatise. Unless otherwise mentioned, the footnotes had been originally provided by Swami Vijnanananda. We have not rendered a word-by-word translation of the Hindi text, the language of which is outmoded and needs extensive editing.

A few knowledgeable persons were not sure about the utility of our work. But fortunately, Revered Swamis Hiranmayananda, Harshananda, Apurvananda and the Publication Departments of Advaita Ashrama and Udbodhan thought otherwise, and gave us unstinting support and encouragement. The revered monks of Advaita Ashrama suggested many editorial corrections throughout the manuscript. The responsibility for the errors which may still remain, is however solely mine.

My wife Sulekha rendered invaluable help to me in translating difficult passages. We do consider it a very special privilege to have taken up this project. We pray to Sri Ramakrishna and the Holy Mother that this book may provide some inspiration to the devotees. 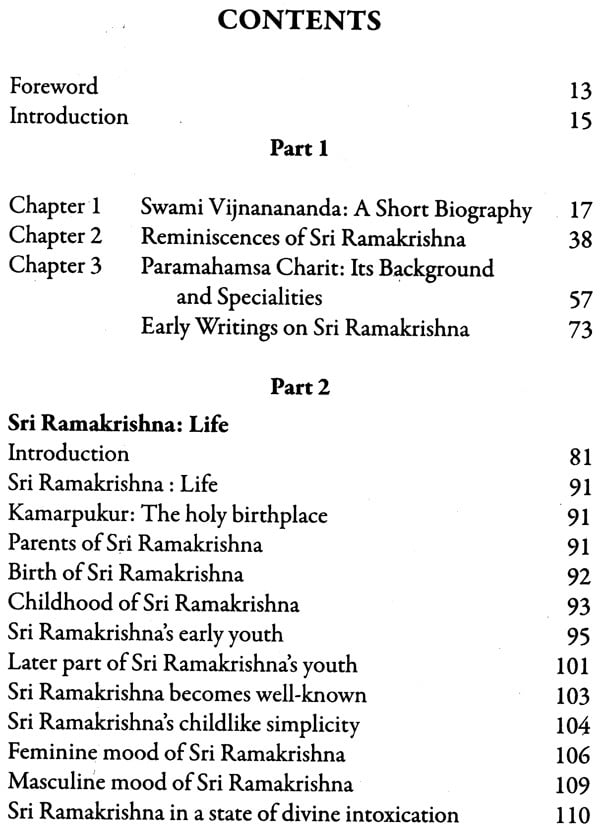 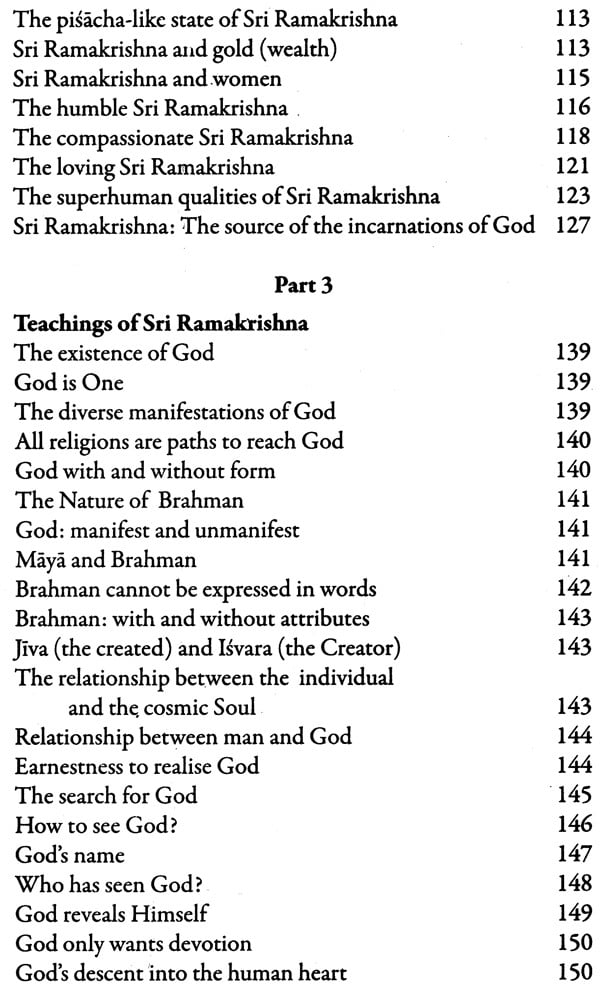 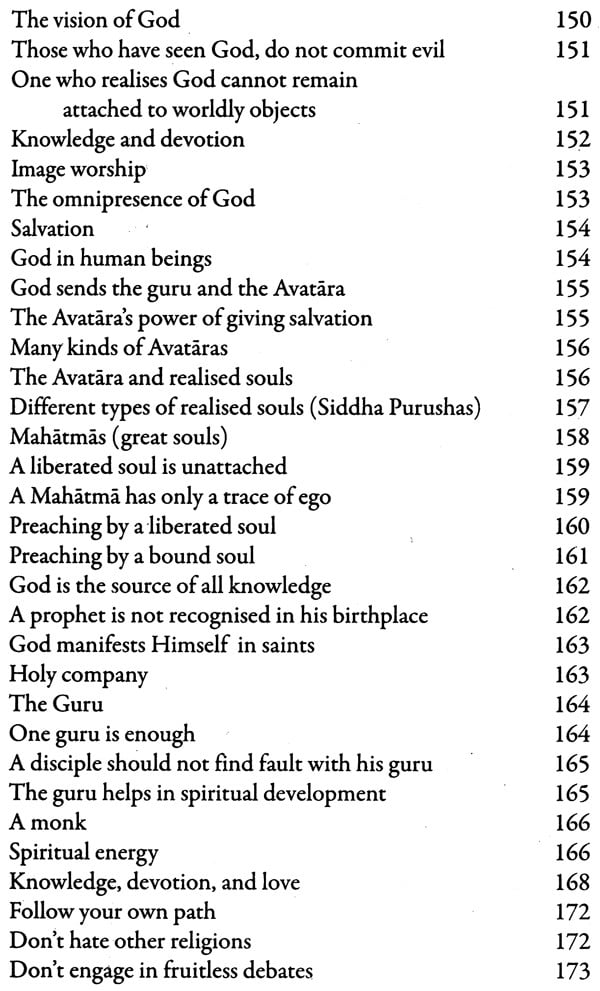 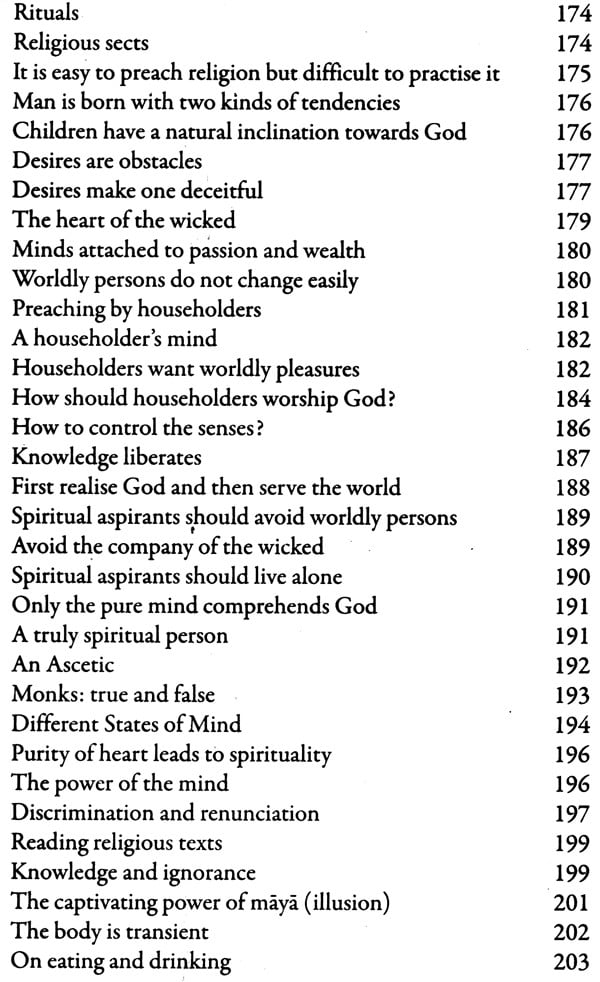 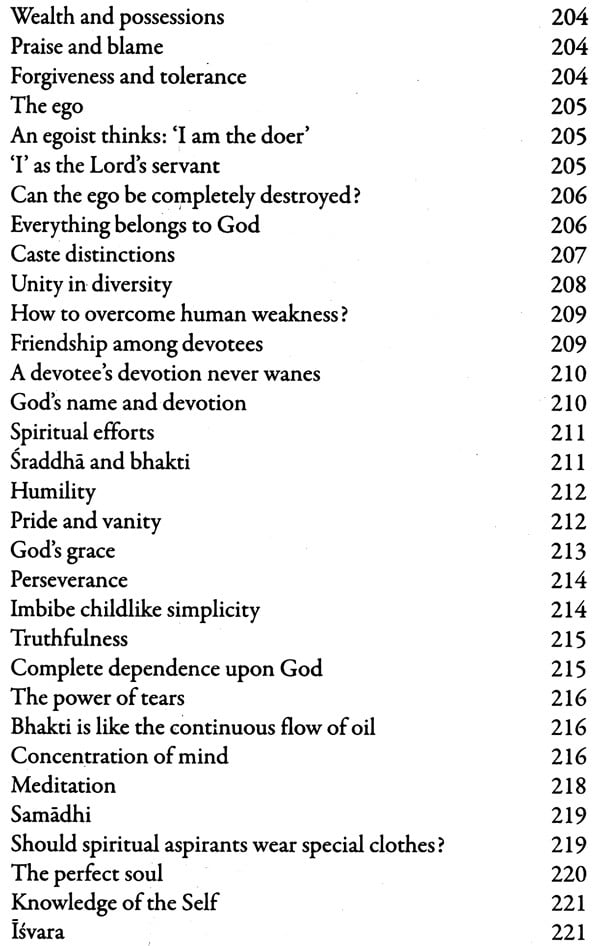 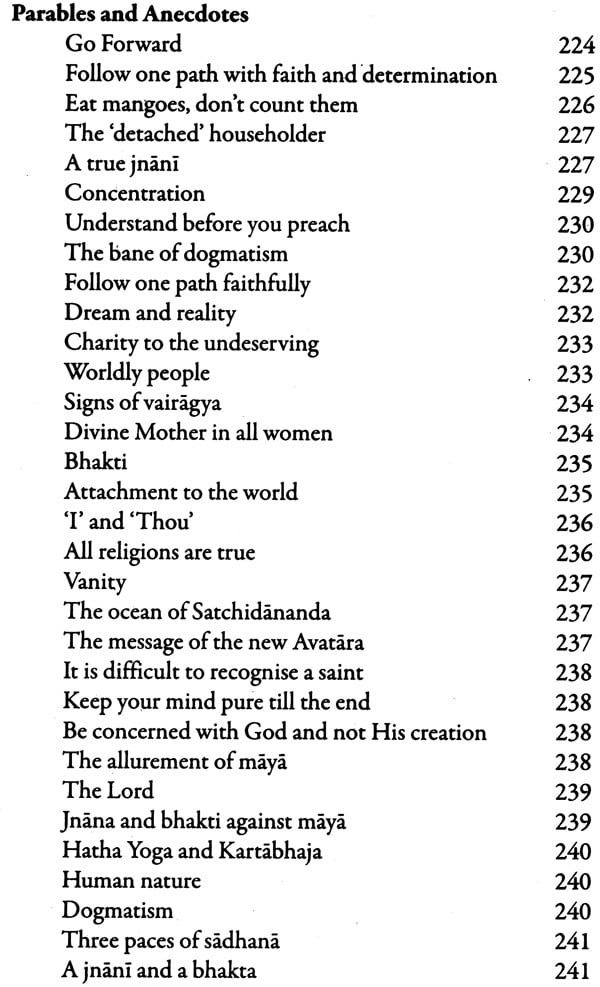 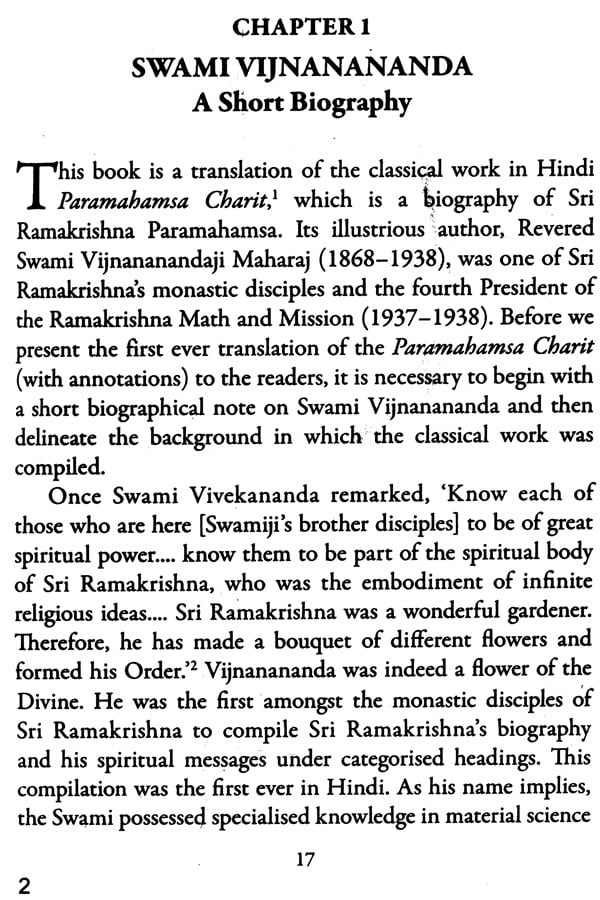 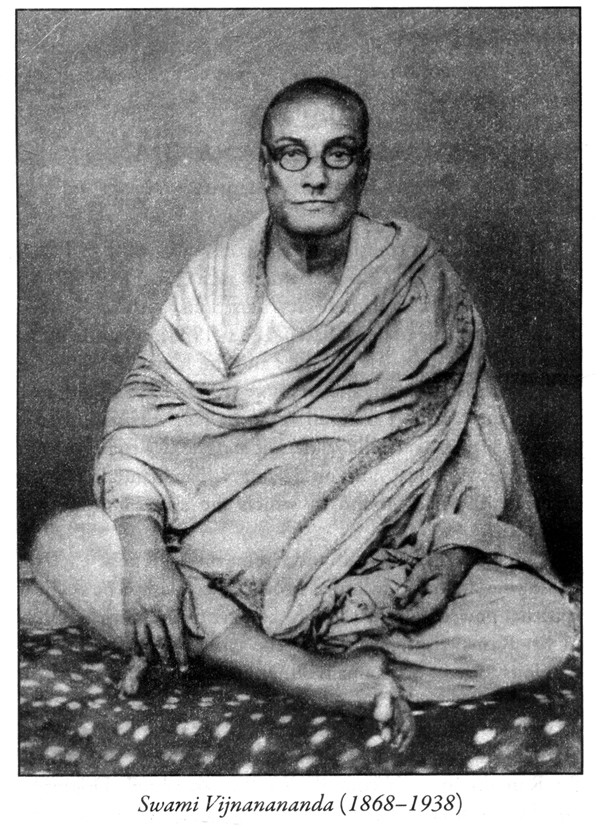 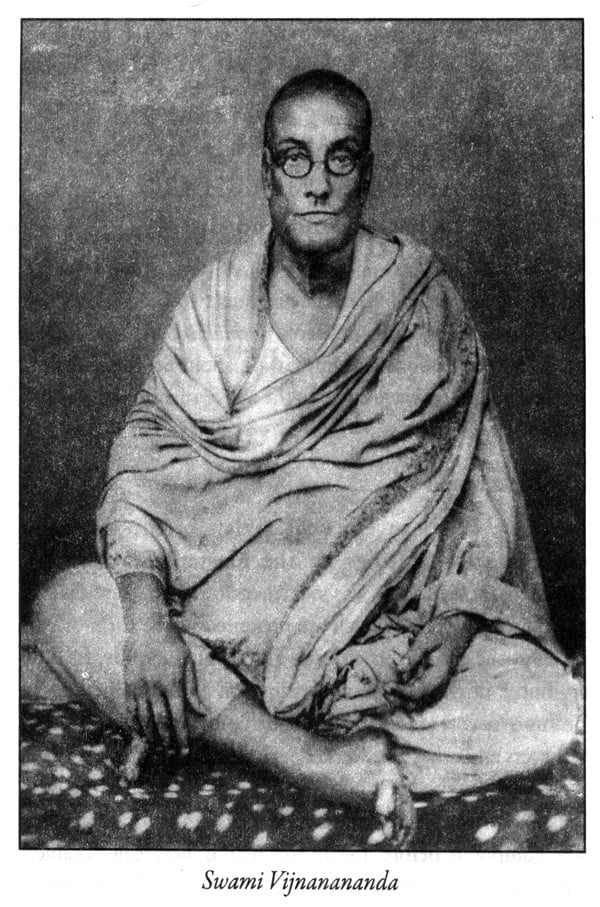 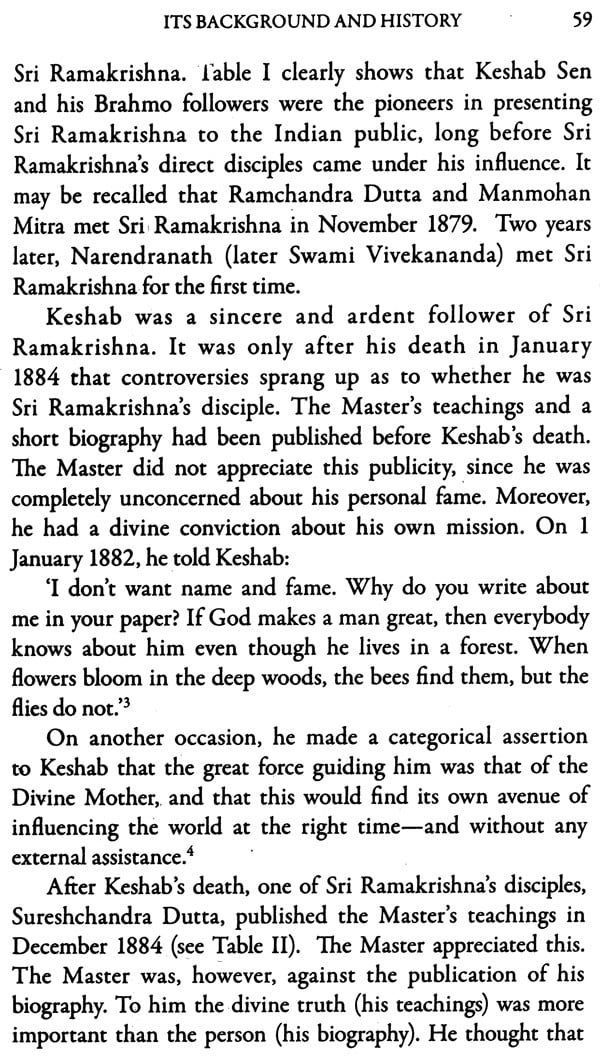 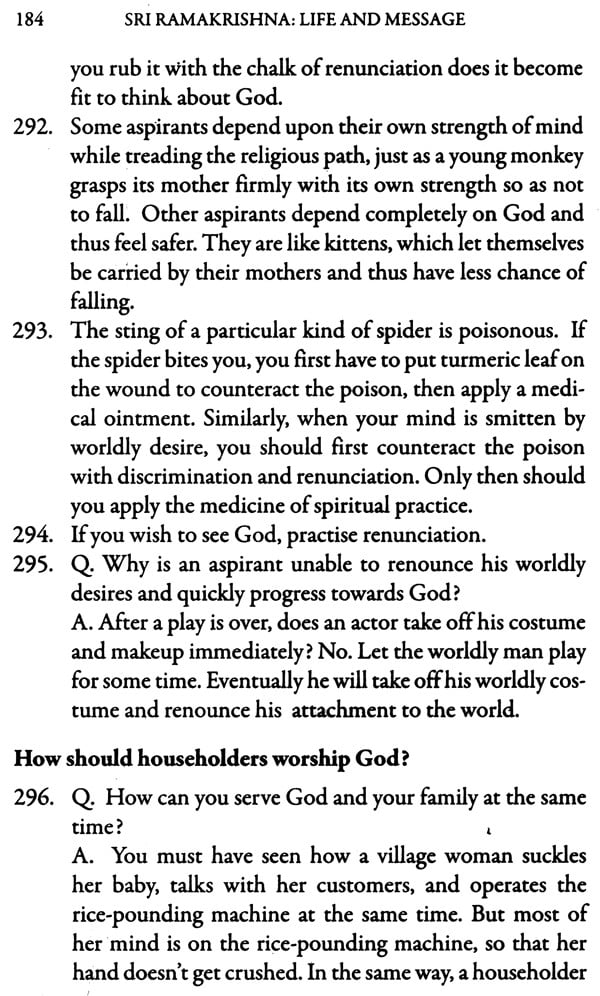 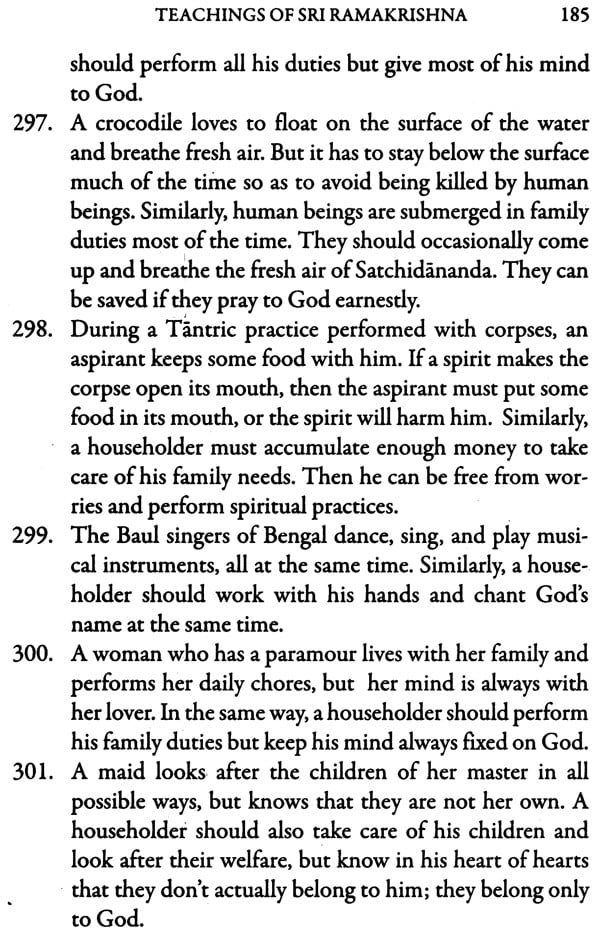 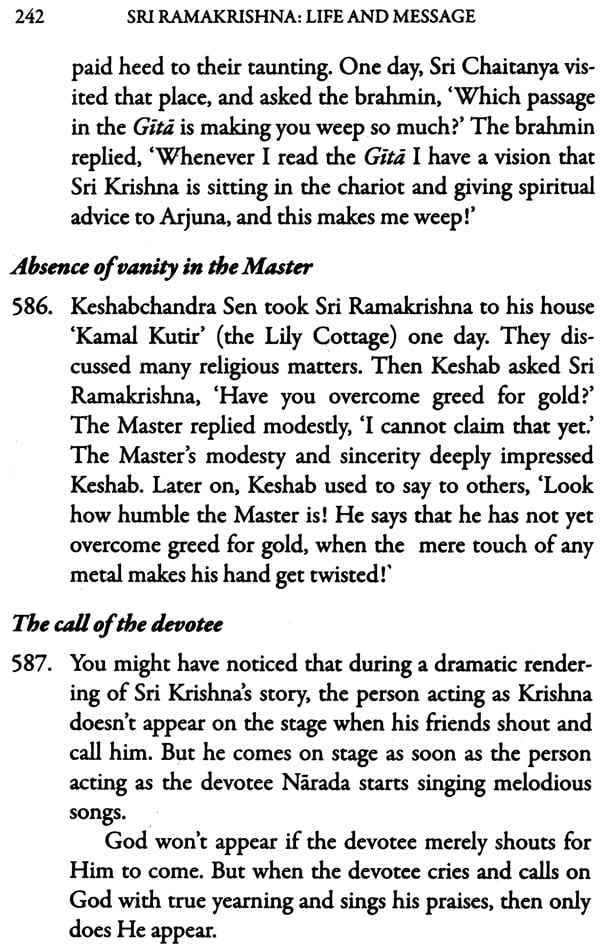 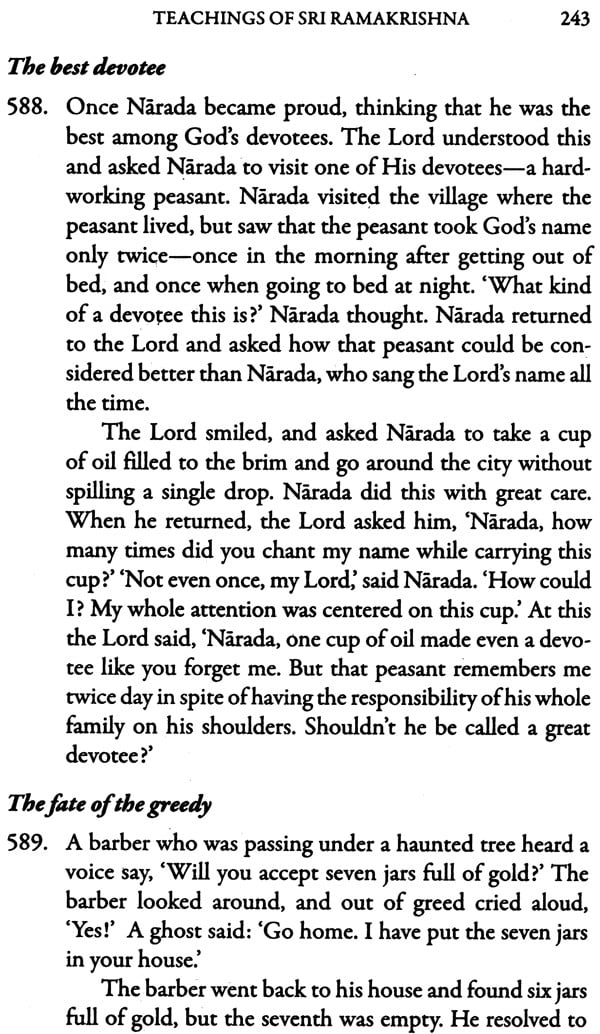