The subject of this wonderfully poetic book is how Krsna instructed Uddhava to go to Vrndavana and deliver a message to the residents there, who were suffering terribly the pangs of separation. This is nicely described by Srila Prabhupada in his book, KRSNA, The Supreme Personality of Godhead:

When Krsna was starting for Mathura on the chariot driven by Akrura and the gopis were blocking the way, Krsna assured them that He was coming back just after finishing His business in Mathura. He told them not to be overwhelmed and in this way pacified them.

Since Krsna had departed from Vrndavana and gone to Mathura, the inhabitants of Vrndavana, especially mother Yasoda, Nanda Maharaja, Srimati Radharani, the gopis and the cowherd boys, were simply thinking of Krsna at every step. They were thinking, “Here Krsna was playing in this way. Here Krsna was blowing His flute. Krsna was joking with us in this way, and Krsna was embracing us like this.” This is called lila-smarana, and it is the process of association with Krsna most recommended by great devotees; even Lord Caitanya, when He was at Puri, enjoyed lila-smarana association with Krsna.

In the meantime, Uddhava, a cousin-brother of Krsna’s, came to see Krsna from Dvaraka. He was the son of Vasudeva’s brother and was almost the same age as Krsna. His bodily features resembled Krsna’s almost exactly. After Krsna returned from His teacher’s home, he was pleased to see Uddhava, who happened to be His dearmost friend. Krsna wanted to send him to Vrndavana with a message to the residents to pacify their deep feelings of separation.

Uddhava is described as the most exalted personality in the Vrsni dynasty, being almost equal to Krsna. He was a great friend of Krsna’s, and being the direct student of Brhaspati, the teacher and priest of the heavenly planets, he was very intelligent and sharp in decision. Intellectually, he was highly qualified. Krsna, being his very loving friend, wanted to send him to Vrndavana just to study the highly elevated ecstatic devotional service practiced there. Even if one is highly elevated in material education and is even the disciple of Brhaspati, he still has to learn from the gopis and the other residents of Vrndavana how to love Krsna to the highest degree. It was Krsna’s special favor to Uddhava to send him to Vrndavana with a message for the residents there, which was meant to pacify them.

Requested by Lord Krsna, Uddhava immediately left on his chariot and carried the message to Gokula. He approached Vrndavana at sunset, when the cows were returning home from the pasturing ground.

May that blissful person in splendid yellow silk garments, the soles of His lotus feet as glorious as a host of red roses, His form as dark as a tamala tree, and His mouth playfully curved in a gentle smile, appear in my heart.

The subject of this wonderfully poetic book Sri Uddhava-sandesa is how Krsna instructed Uddhava to go to Vrndavana and deliver a message to the residents there, who were suffering terribly the pangs of separation.

The second book here presented, Sri Hamsaduta, is a wonderfully poetic work describing the mood of the gopis, and especially Srimati Radharani, after Krsna left for Mathura.

“The wonderful descriptions of Rupa Gosvami are superb arrangements to express loving affairs. Hearing them will plunge the heart and ears of everyone into a whirlpool of transcendental bliss.

Sri Caitanya Mahaprabhu requested all His personal associates to bless Rupa Gosvami so that he might continuously describe the pastimes of Vrndavana, which are full of emotional love of Godhead. 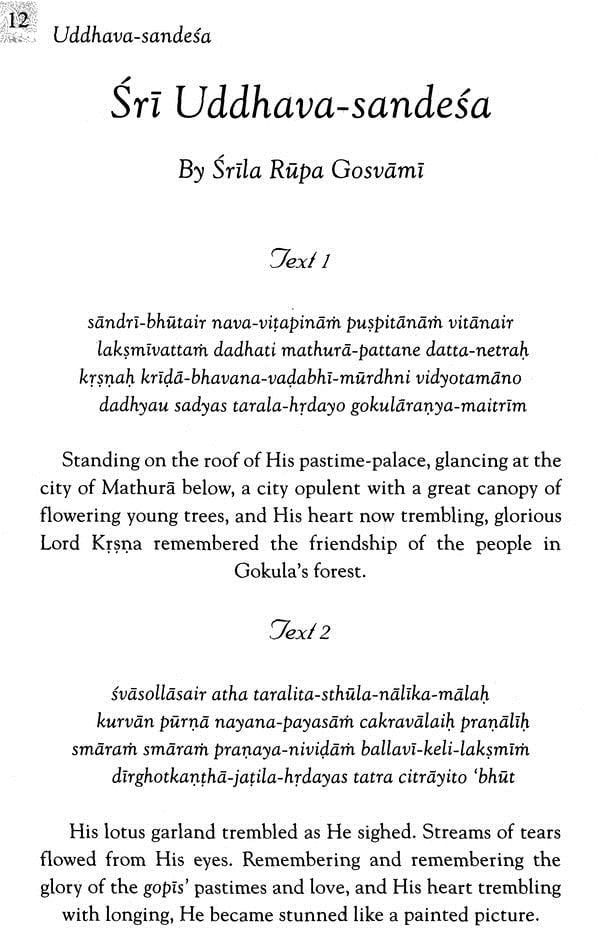 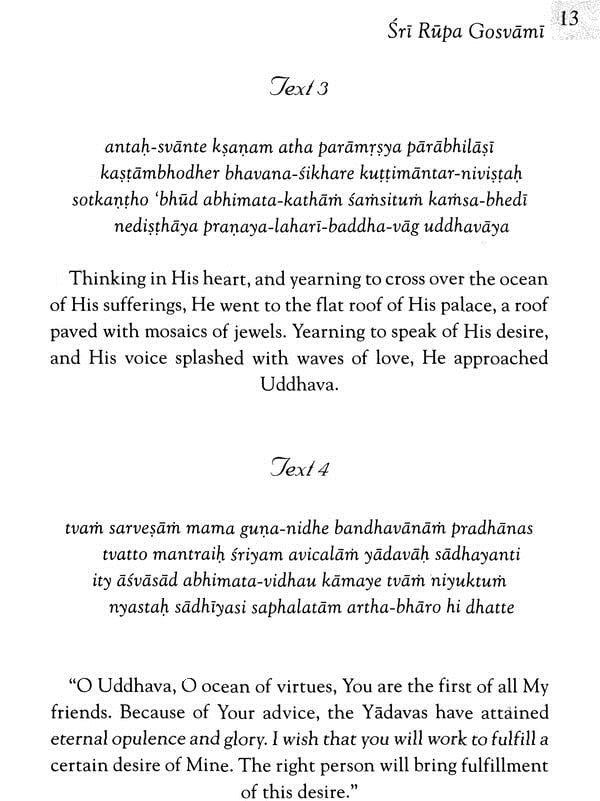 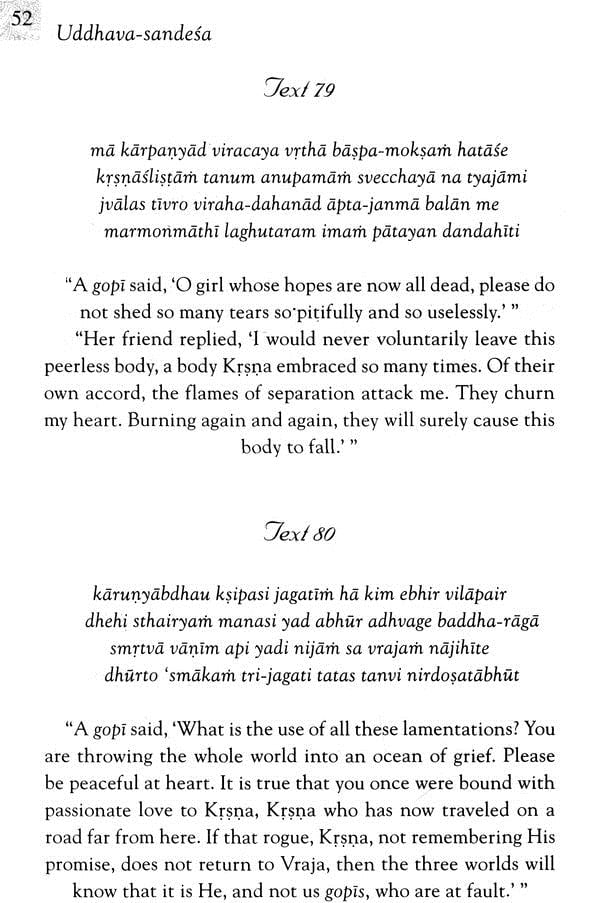 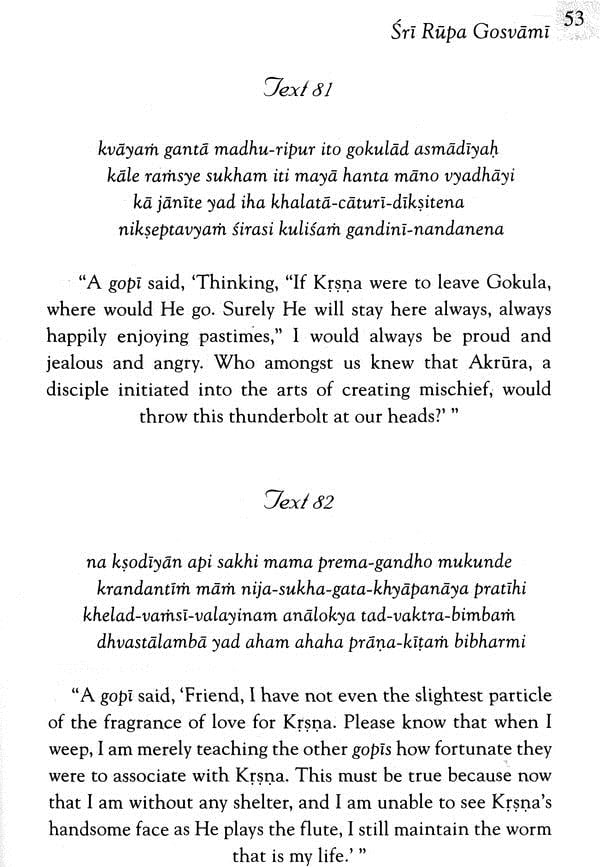 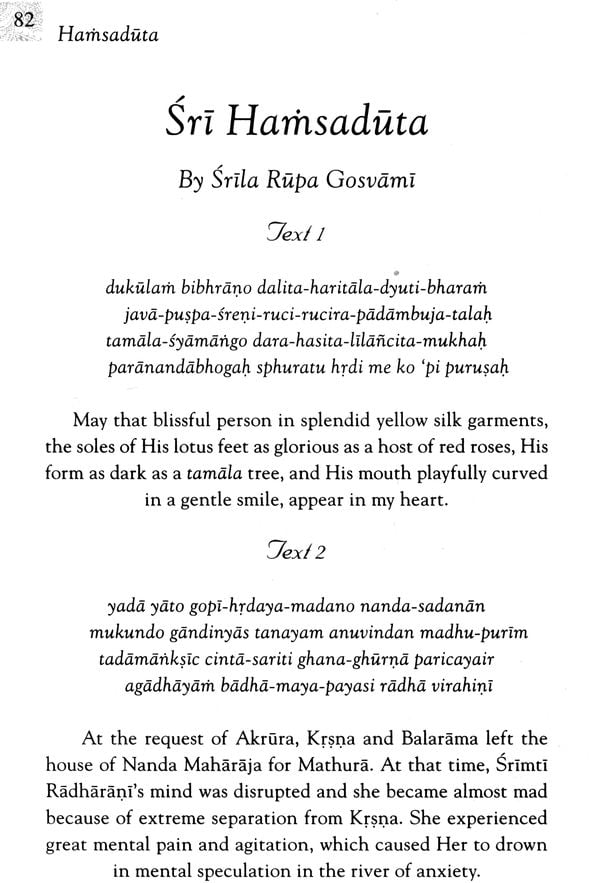 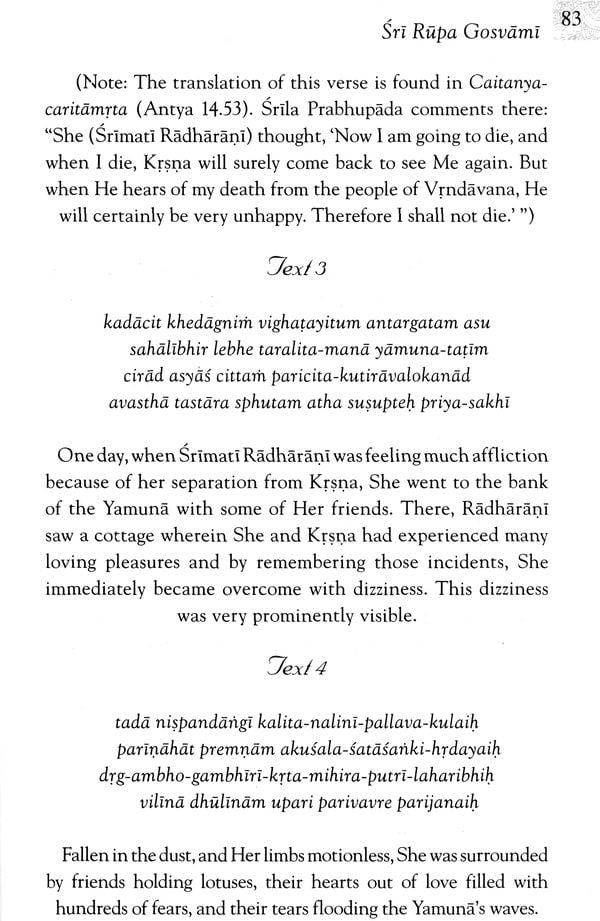 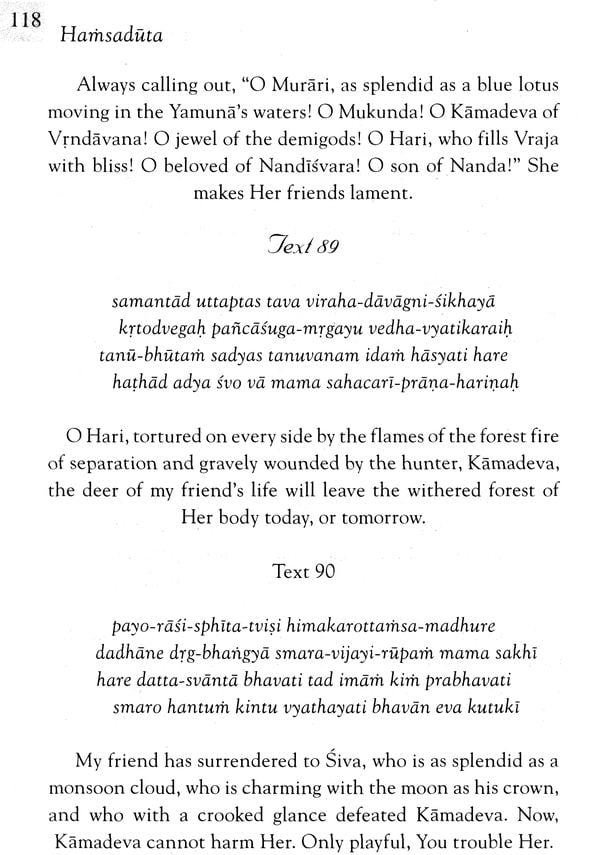 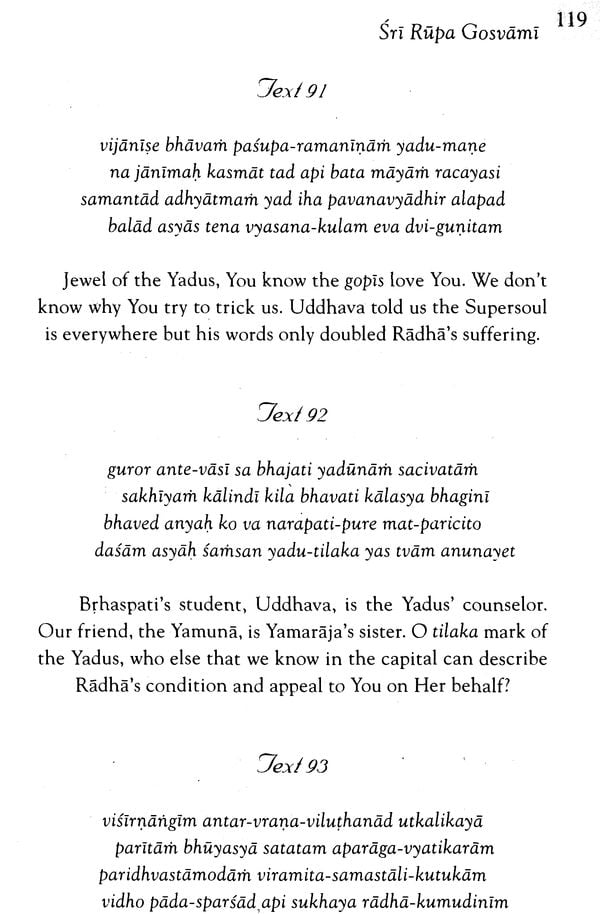 The Bhaktirasamrtasindhu of Rupa Gosvamin
By Translated With Introduction And Notes By: David L. Haberman
$120
Out of Stock