In the year 1960 Dr. Rajendra Prasad, first President of India, came to participate at Sri Krishna Jayanti Celebrations at our Madras Math, Srila Guru Maharaj felt for not being able to present a suitable book in English comprehending the growth of the institution and the activities of his divine master Srila Prabhupad. He desired that Sripad B.S. Nishkinchana Maharaj who was one of the senior most disciples of Srila Prabhupad, could write in this lines. But he could not make much progress due to his old age. Subsequently another one marvellous event came that All India Vaishnava Conference held in Madras in which Srila Guru Maharaj was made the president of the Conference. As he could be extremely happy to distribute the copies of the Proposed Book to the savants of different Vaishnava sects who all came from different parts of the country.

Observing the unprecedented success of the Conference Srila Guru Maharaj became so gracious upon this poor self that he gave his spiritual benediction to work in the line and invoked the blessings of Srila Prabhupad so saying, 'I believe when Srila Prabhupad's blessings are ever pouring on you as whatever task you undertake it becomes becomes successful, So sincerely devote yourself for this cause when you will get inspirations from Srila Prabhupad and it will be a success.

Neither the literacy I have nor I had the fortune to meet Srila Prabhupad in person, yet taking into account the behest of my divine master and entirely depending upon his unreserved blessings, I really felt some inspiration that of a direction Srila Prabhupad himself in a vision and I made my sincere attempt. No doubt time to time my drawbacks and illiteracy brought disappointment, and dispondency clouded my vision but i was always encouraged and reminded about the inspiration of my Guru Maharaj by my two god-brothers namely Sripad B.P. Sadhu Maharaj and Sripad Nithyananda Brahmachari. For their encouragement I could be able to complete this task.

As I was proceeding accordingly chapter wise it was typed by Sripad Nityananda Brahmachari and copies were sent to Srila Guru Maharaj who expressed that it was coming to his full satisfaction.

When the major portion of the book was completed and Srila Guru Maharaj with a great number of entourage came to attend the Pushkara Tirtha of Godavari in the year 1967 at our Kovveur Sri Ramananda Gaudiya Math, Sripad Krishnadas Babaji maharaj and Sripad B.K. Tapaswi Mahahaj asked Srila Guru maharaj to give permission for publishing this book immediately. It was on 18-9-1967 Srila Guru Maharaj called me before them and told me, 'your representation is to my full satisfaction but you have devoted much on my personal life, no doubt it was needed for giving full illustration of Prabhupad's activities but it is not proper from my part as being a Vaishnava to advise my own disciple, (yourself) to publishise during my life time. Anyhom, I commend to get it published afterwards'.

My approach of exposition was not to give day to day diary which is practically impossible, as it would cover some volumes of publications at the same time it would be boaring to the readers and the interest of reading would be lost- therefore first of all I thought of keeping in view, the aims and objects of the mission to bring forth every event while I record it.

How the three great savants in their successive lives could bring forth the prestine glory of the holy land of Birth of Bhangavan Sri Chaitanya Mahaprabhu and the Transcendental purity of his love philosophy by which once again how the would got the chance to learn and practise the sublime Divine Love of his philosophy. How many great souls came and joined the Mission and being spiritually enlightened how wonderfully they globe! Endowed with the Blessings of Guru great personages like His Holiness Sripad B.H.Bon Maharaj, His Holiness Sripad B.B. Bharati Maharaj and such a number of Tridandis how stirred the global people with the pure religious movement but I avoided to discuss any particular character instead, looking to the Mission as a whole particularly nobody should think that I had prejudice against someone.

As far as it was possible to gather the informations I have tried to collect either by personal contact with the individuals connected with the Mission of Srila Prabhupad or from the recorded informations that of from Sri Saraswati jayashree or the old issues of the Gaudiya, Nadia Prakash as well as the Harmonist.

My Divine Master His Divine Grace Sri Srimad Bhakti Vilas Tirtha Goswam Maharaj By whose behest I ventured to complete this book he is no more before my mortal eyes and after his disappearance although the ship of my life is topsy turvyed on the bed of high sea and I had to pass through worst difficult days but I could moor the ship of my spiritual life in quiet calmness while I looked to the benedictions of my Divine Master upon this poorself. Therefore a view of those blissful benedictions I have recorded in this. In every achievement in my life he is the spiritual guide in my this life and life-after in eternity. His showering of Divine Bliss from that Transcendental World is the very breathing to my life. May his will be mission in my way of life.

After the demise of my Divine Master certain power-mongering disciples of the Math became so aggrandised for their worldly gain that jeopardised the growth of the Mission at which I got a total set back of my missionary zeal. It was Sripad H.H.B.K. Tapaswi Maharaj and my most affectionate God-brothers such as Sripad B.P. Sadhu Maharaj, Sripad Nityananda Brahmachari Sripad B.K. Padmanabha Maharaj, Sripad B.S. Damodar Maharaj and many others reminded me that I should not have despondency at this moment and once again made me to devote for the misson and but for them the book could get light. 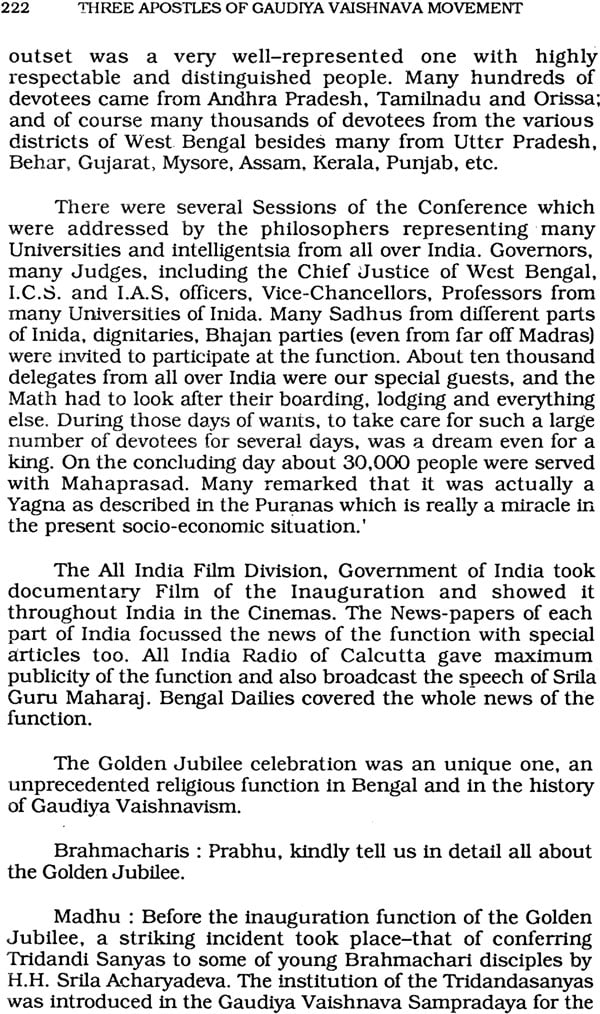 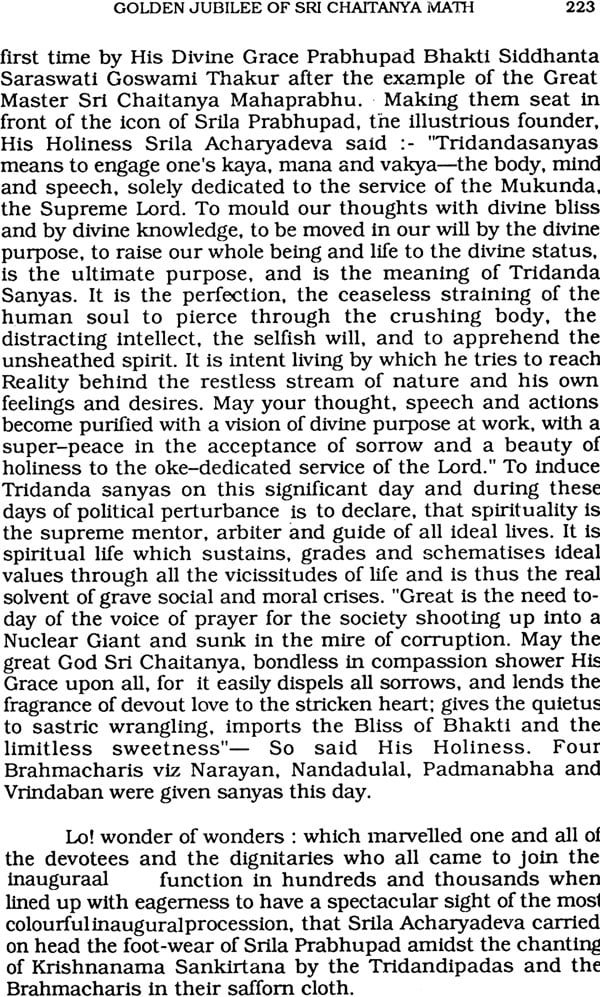 Bhakti and the Bhakti Movement: A New Perspective
A study in the history of Ideas
By Krishna Sharma
$38.50
FREE Delivery पद्यावली: The Padyavali (An Anthology of Vaisnava Verses in Sanskrit)
By Sri Rupa Gosvamin
$39
Out of Stock Vaisnava Ke? (What Kind of Devotee are You?)
By HH Jayapataka Swami
$13 Songs of the Vaisnava Acaryas (Hymns and Mantras for the glorification of Radha and Krsna (Krishna))
By A. C. Bhaktivedanta Swami Prabhupada
$16
Best Seller Vaisnavi Women and the Worship of Krishna
By Steven J. Rosen
$29
FREE Delivery