THE TRADITION OF ADVAITA (Essays in Honour of Bhasyabhavajna V.R. Kalyanasundara Sastri)

Like the immortal Brahman which supports the tree of the world, the principle of Advaita which is embedded in the Veda is the source and support of the tree of the philosophical tradition in India. The pulsating tradition of Advaita which is as old as the Veda contains the essentials of the philosophia perennis. This Felicitation Volume brought out in honour of Pandit Kalyanasundara Sastri deals with some doctrines and concepts of the Advaita tradition. The Basic doctrines of Advaita are only three: the non-duality of Brahman, the unreality of the world, and the identity of jiva with Brahman. Advaita makes use of a few concepts and formulates a number of arguments in justification f these three doctrines. The eleven essays contributed to this volume by distinguished scholars analyse the implications of the basic doctrines of Advaita, elucidate some of the difficult concepts which have been pressed into service by the great teachers of Advaita, classical as well as contemporary, and examine the various arguments formulated by the advaitins.

R. Balasubramanian is at present Professor and Head, Sri Aurobindo School of Eastern and Western Thought and Chairman, Indian Council of Philosophical Research, New Delhi. Also, he is President of Afro-Asian Philosophy Association. Before joining Pondicherry University, he was Direcotr, Radhakrishnan Institute for Advanced Study in Philosophy, Madras University, for a number of years. A specialist in Advaita, Phenomenology, and Existentialism, he has a number of books and artiles to his credit and has lectured in several universities in Indian and abroad. Some of his publications include Personalistic Existentialism of Berdyaev (1970), The Taittiriyaopanisad-bhasya-varttika of Suresvara (1974, 1984), Some Problems in the Epistemology and Metaphysics of Ramanuja (1976), A Study of the Brahmasiddhi of Mandanamisra (1988), The Naiskarmyasiddhi of Suresvara (1998_, and the Sivajnanabodha-sangrahabhasya of Sivagrayogin (Sanskrit, co-editor) (1992) 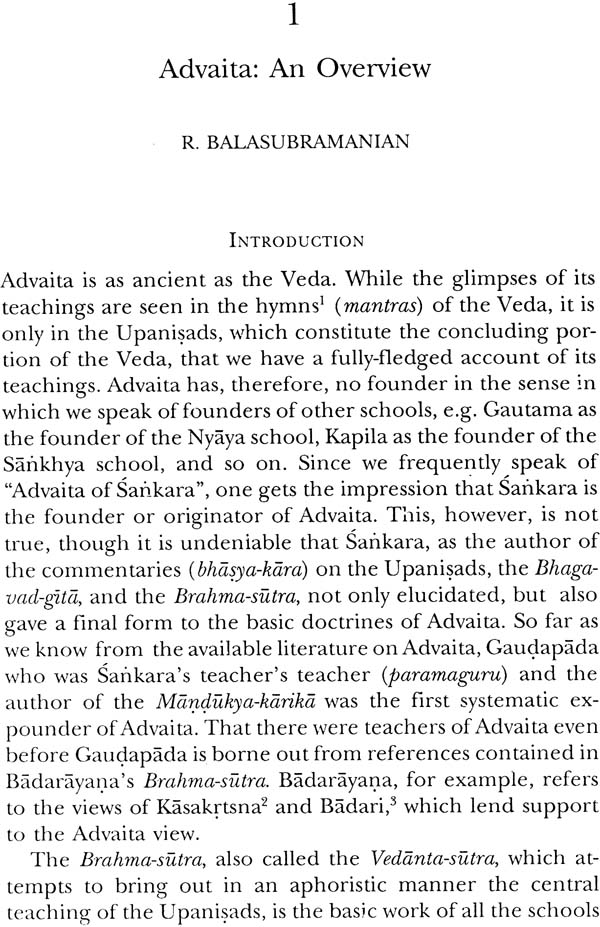 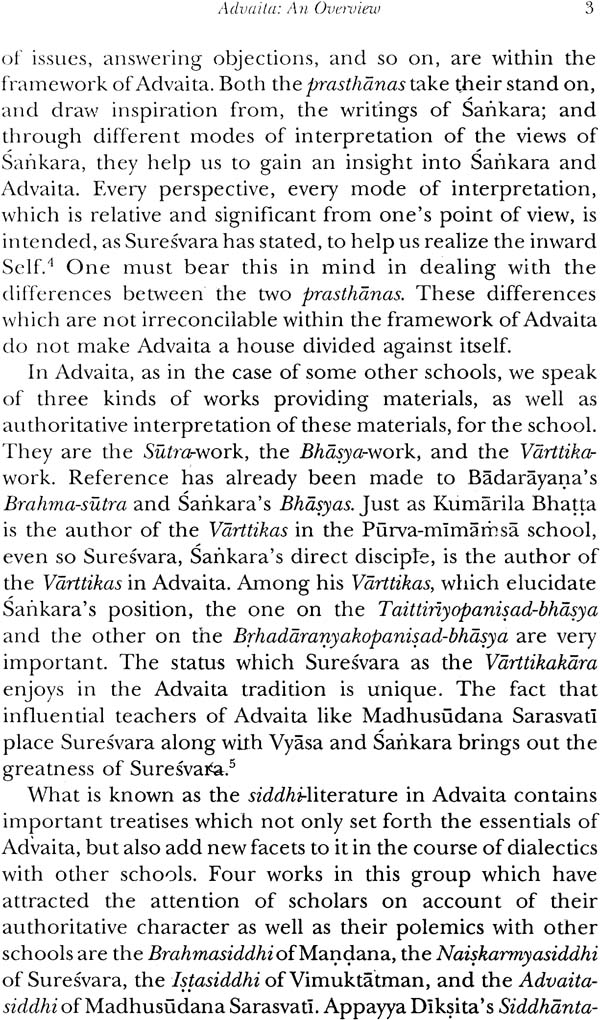 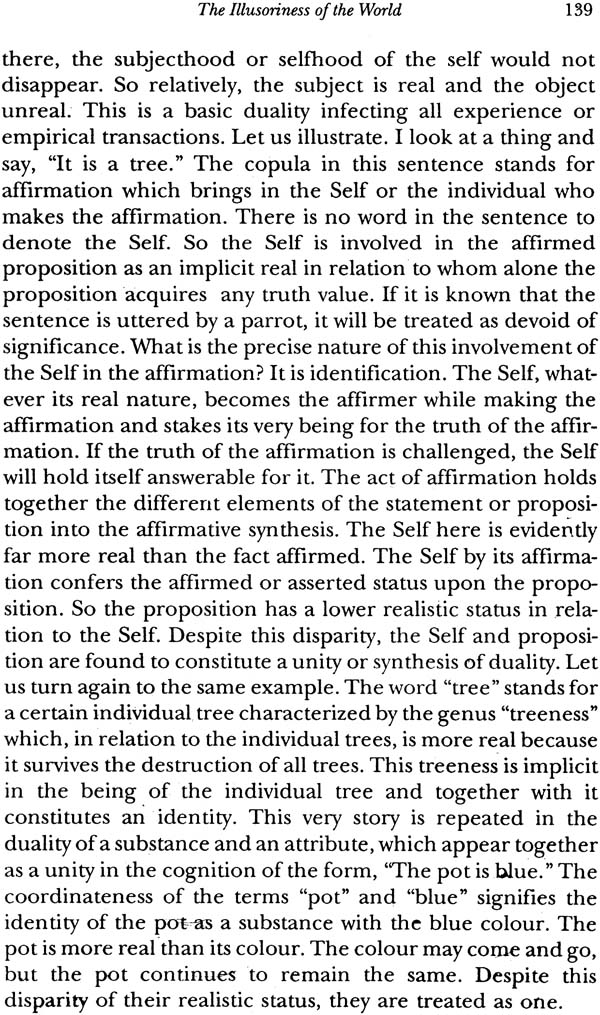 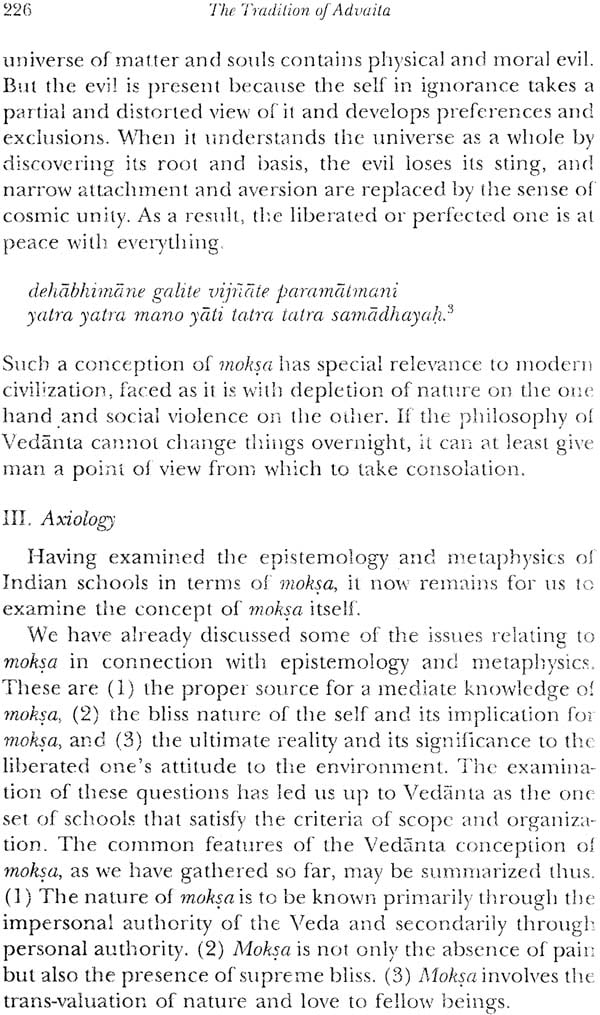 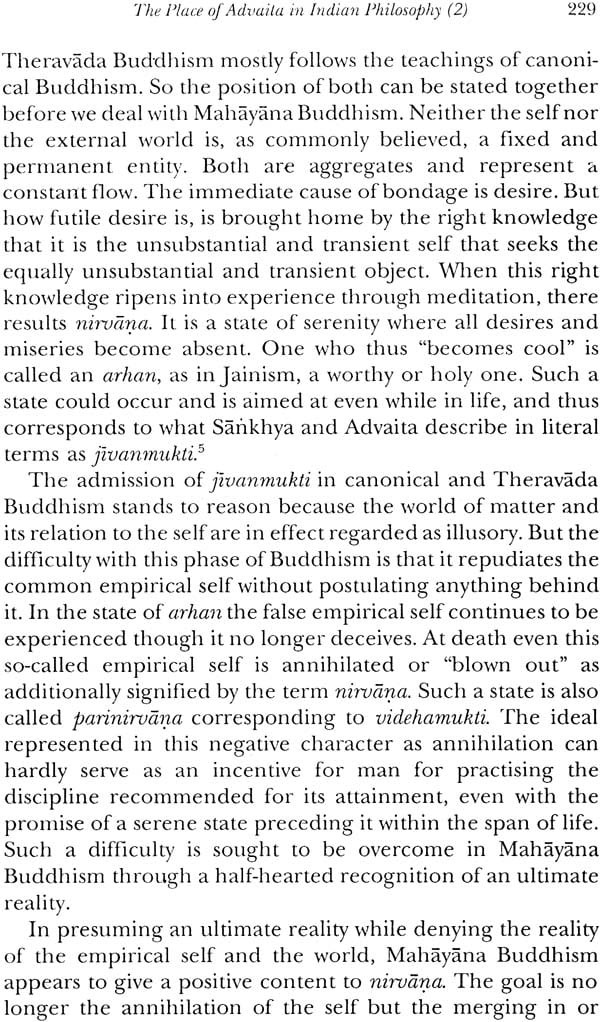