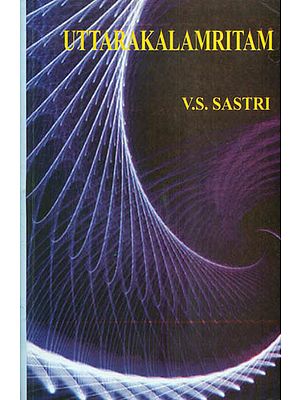 This one more addition to the existing literature pertaining to the great and celestial science of Astrology. Many ordinary incidents in life which we pass by and ignore, as well as the phenomena of nature are easily explained with reference to Astrology. There have been indications of it in the works which I have previously translated viz, Brihat Jataka, Jatakaparijata, Sripati Paddhati and Phaladeepika, works by Veterans of Astrology. As an instance of the influence of the phenomena of nature on human life, reference may be made to the rainbow caused by the refraction of the Sun’s rays through a watery prism consisting of particles of rain water. The rainbow is produced of a morning or of an evening, i.e., when the Sun is at the Lagna or the Astha Lagna. When the Sun is at the Lagna or the Rising Sign or the Ascendant or when the 7th House is encircled by beautiful circles of the seven variegated colours on a watery plane. Even so, the Rising Sun is encircled by circles like nature, when the sun is posited in the 7th house. The Lagna represents the native, while the 7th house denotes the partner of the native. The life of the native will be happy, cordial and jovial if there be a sympathetic, loving and understanding support from the partner. The seven colours of the rainbow represent the seven planets who by various combinations produce the seven kinds of energy or seven modes of motion that are found common in the universe.

Uttarakalamritam, which is translated here, discloses a treasure house of knowledge on Astrology so far unrevealed. This work is ascribed to Kalidasa of the Court of Vikramaditya itself which is a proper name suggesting Vikrama.

Again Jupiter is supposed to be the (Amar Guru) or the preceptor of Gods, and can be understood as to represent Narayana, that is Vishnu. In every (Saiva) temple in India, the idol of Saturn (Saniswara) is inevitable. Therefore, it will not be a mistake if one were to conclude that Saturn represents (Hara), the last of the Hindu Trinity, stands for Destruction, while (Hari), the middle one, is for protection. A mutual relationship between the two planets in a native will now mean that the native has got the capacity to understand that there is no distinction between (Hari) and (Hara), which otherwise means that existence in, and exit from the world are to be treated with the same amount of pleasure.

South Indians are only familiar with (Kalamrita) of about 330 verses, dealing with religious duties and rituals observed in Hindu, more strictly, Brahmin homes.

About 85 charts belonging to people of various ranks have been introduced so as to be educative to the reader. Remarks concerning the various aspects of life have been freely made in appropriate places.

The Second Kanda is published for the first time. Rahu and Mercury are identified with Urdu and Telugu respectively.

My thanks are due to (1) the authorities of the Goverment of Tamilnadu Oriental Mss. Library, Madras, for enabling me to obtain the manuscript relating to the Second Kanda, (2) Messers C. S. Venkatarama Sastri, Chamarajapet, B.L. Narsimha Sastri Astrologer, Bangalore City, H. R. Seshadri Iyer, Shankarpur, Vedamurti V. Padmanabhachariar of the Sri Chamrajendra Sanskrit College, Bangalore City, for their ungrudging help rendered in the preparation of this work. I may add the loving, unfailing and ungrudging service of my youngest son Chi. K. S. Krishnamurti, B. Sc, (Hons) which made this a work of pleasure for me. 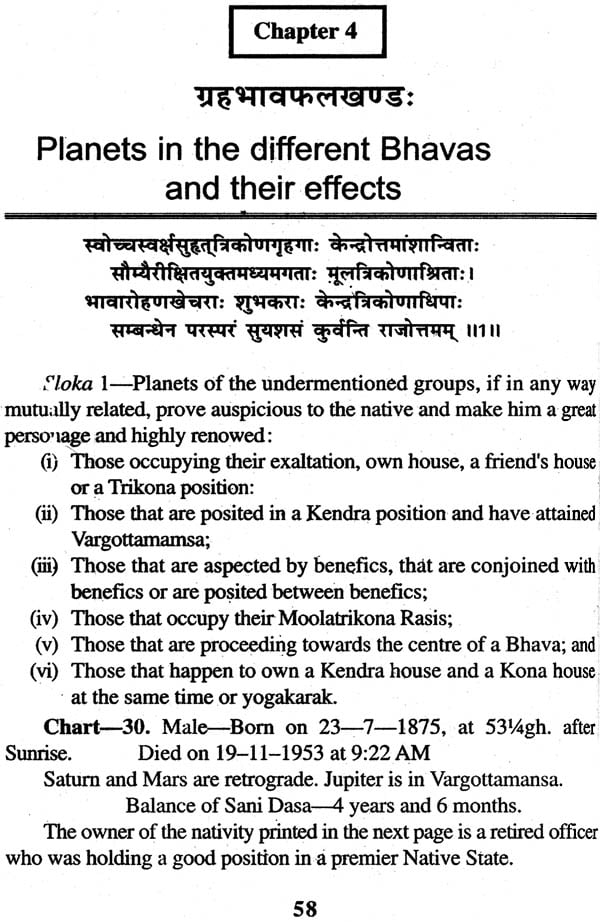 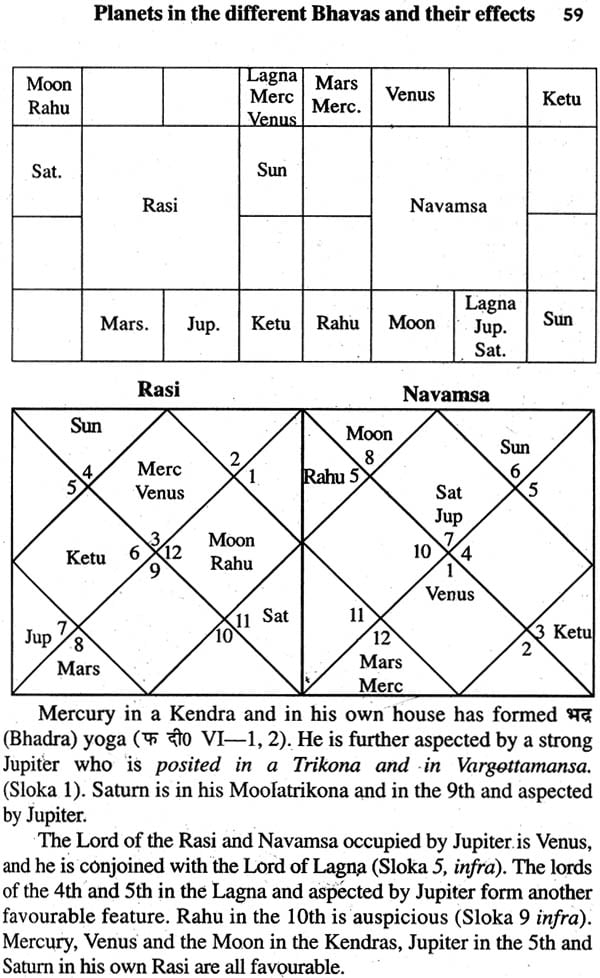 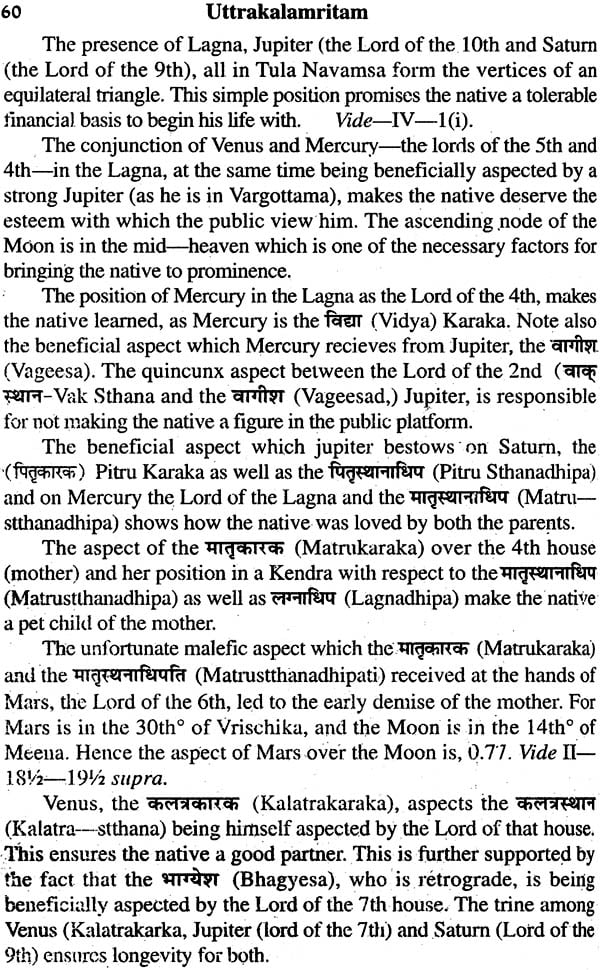 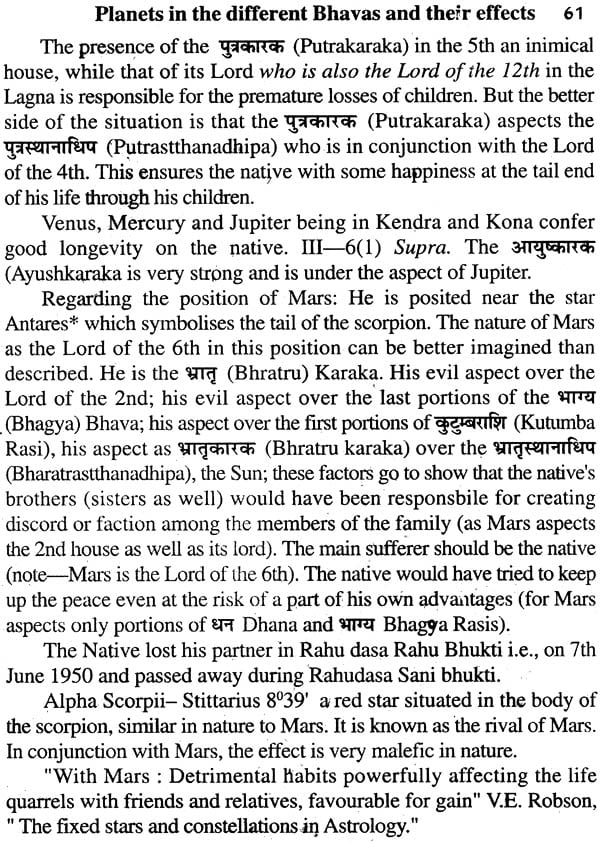 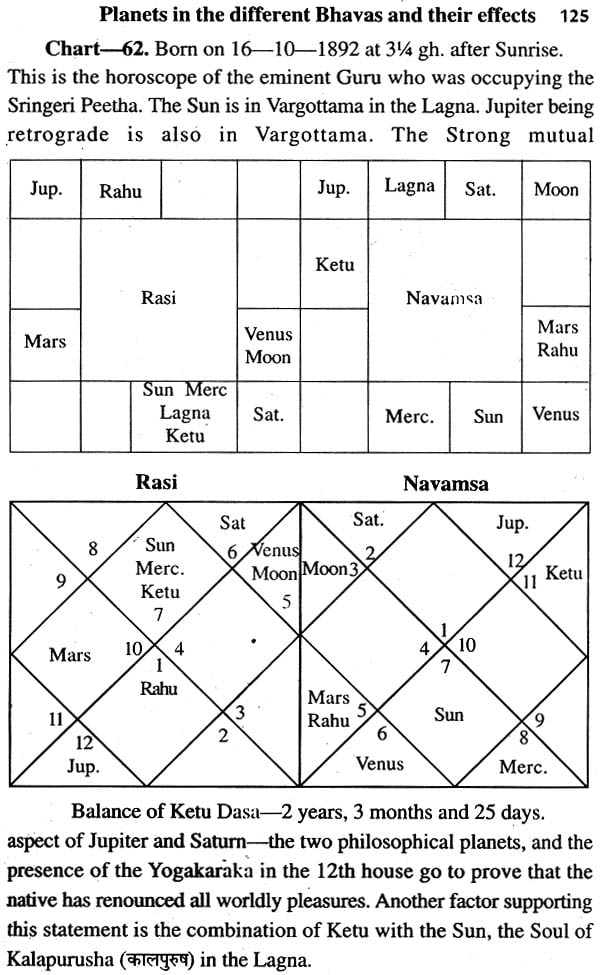 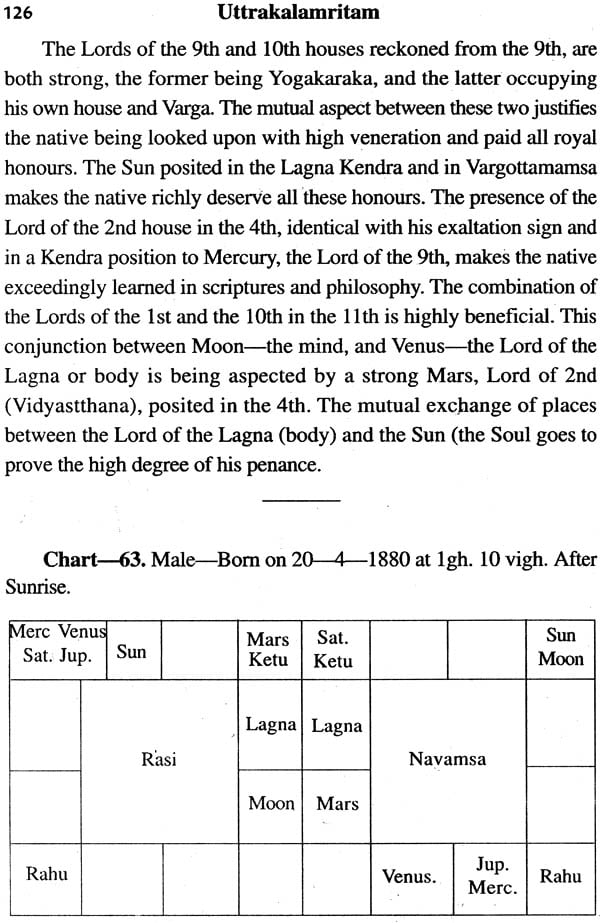 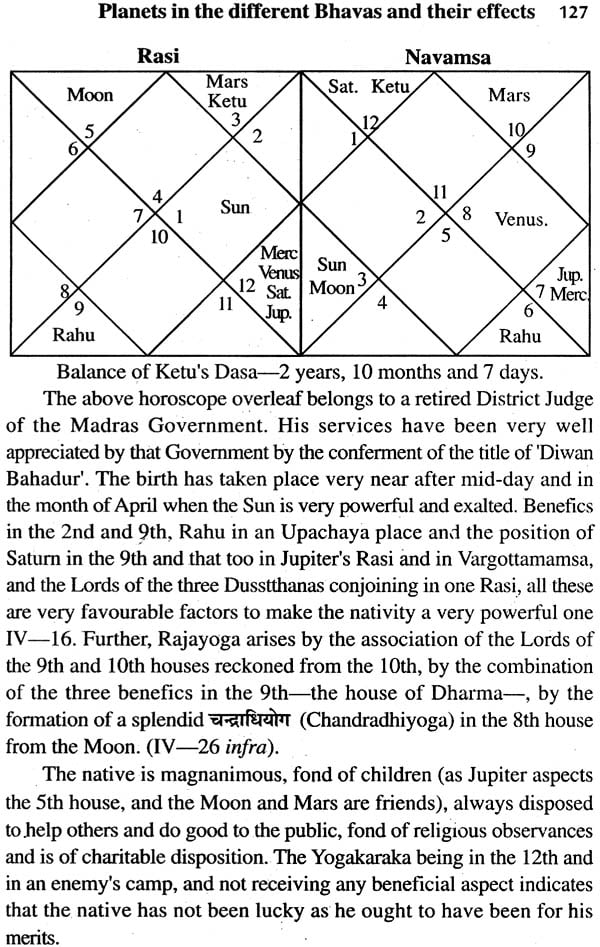 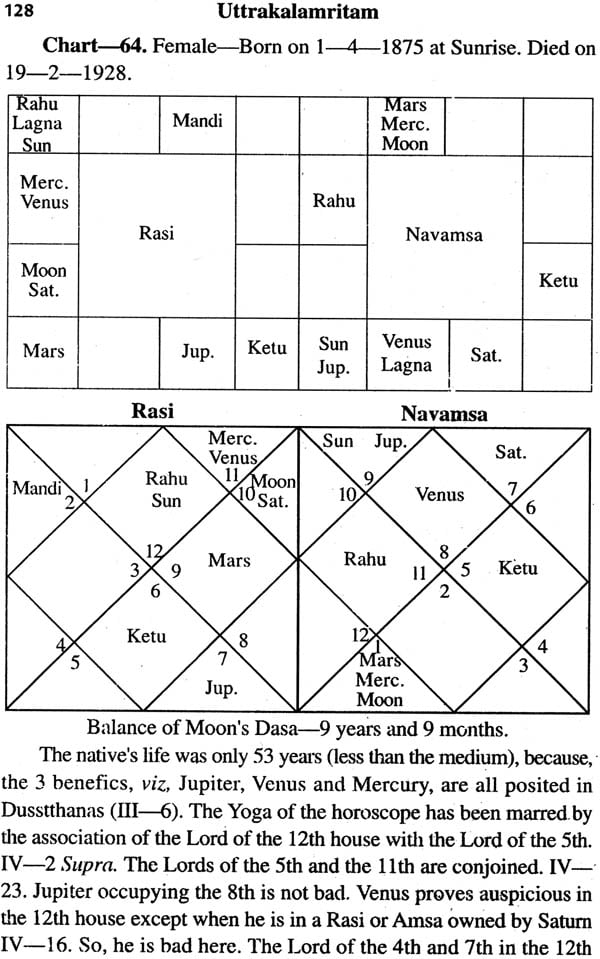 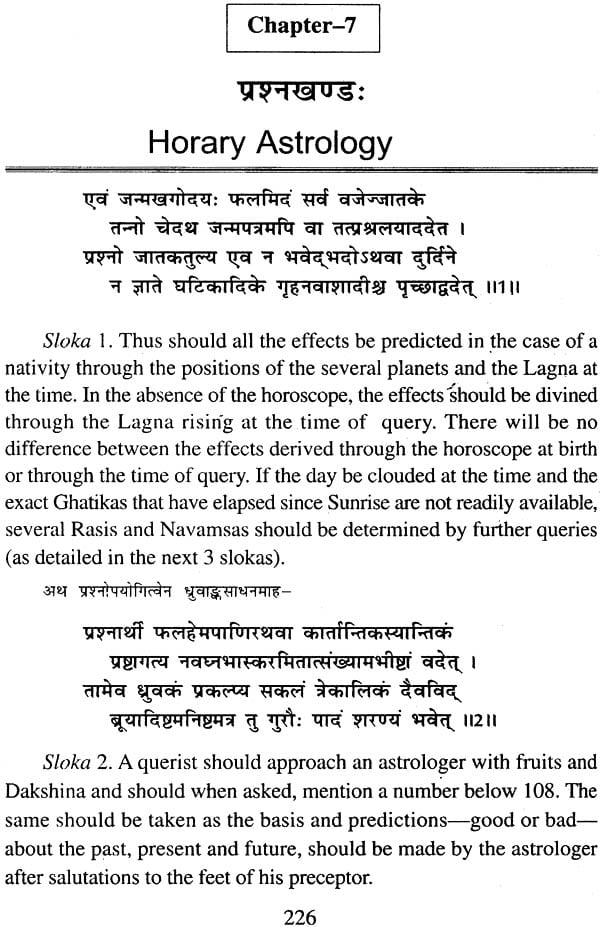 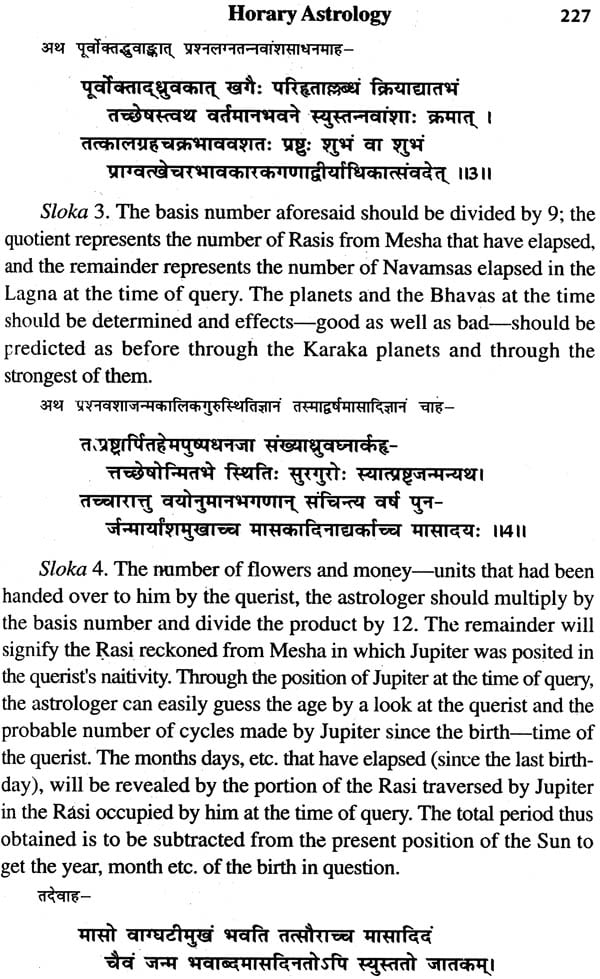 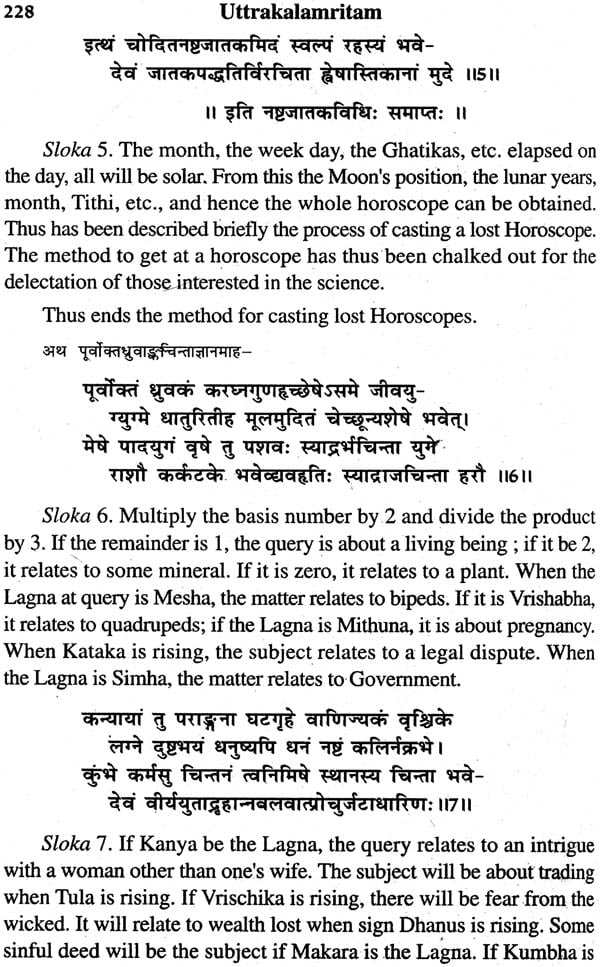 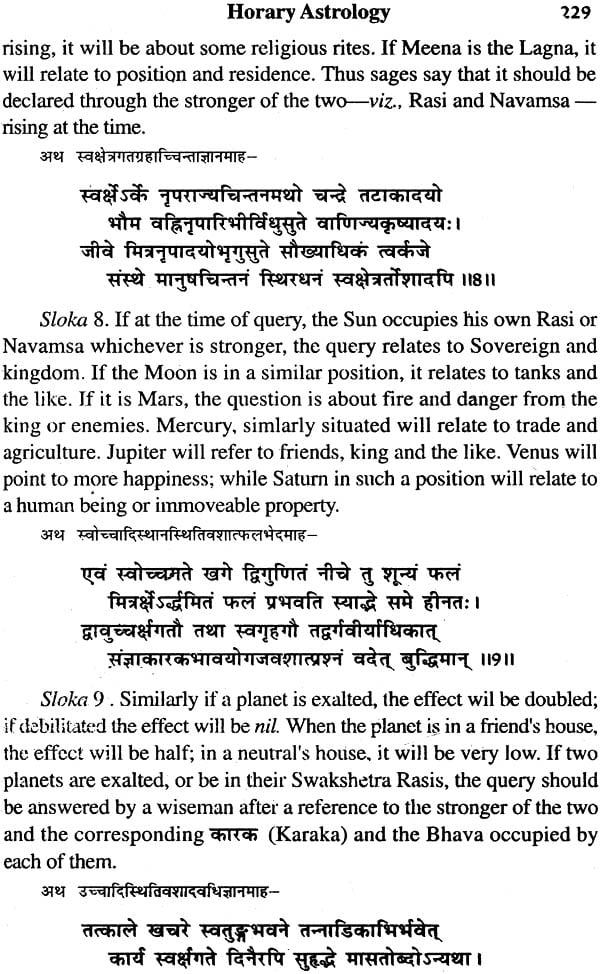 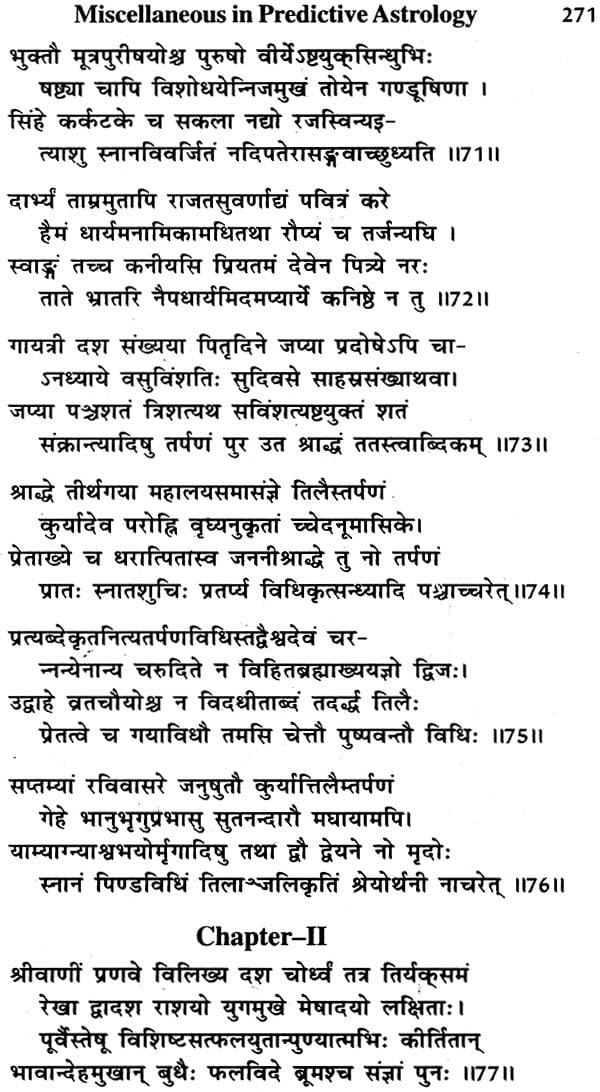 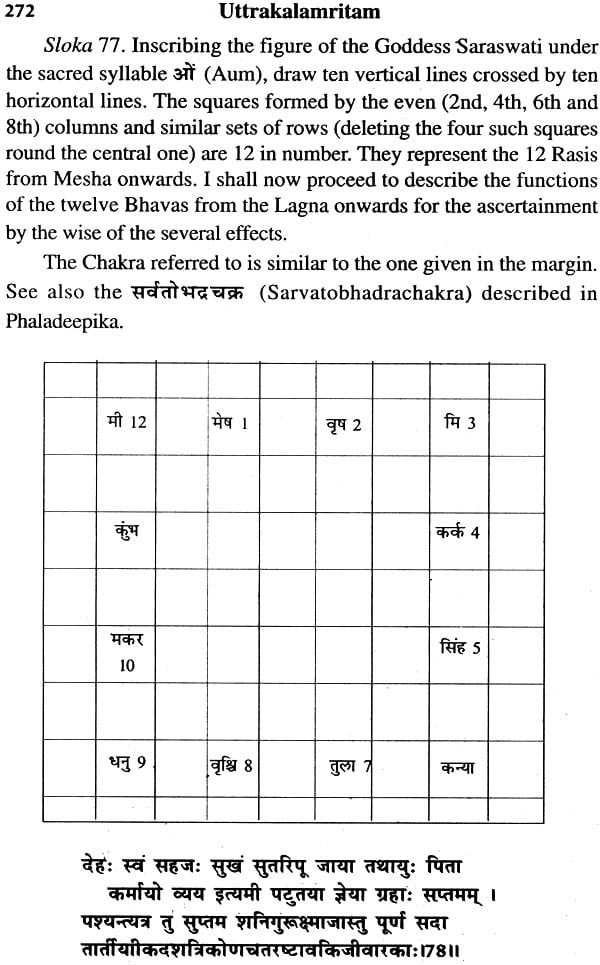 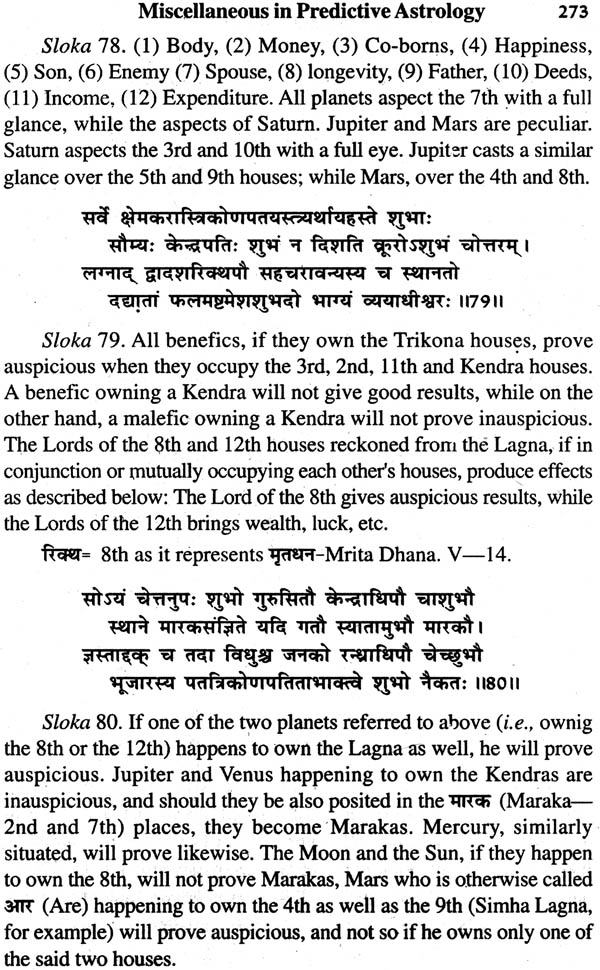 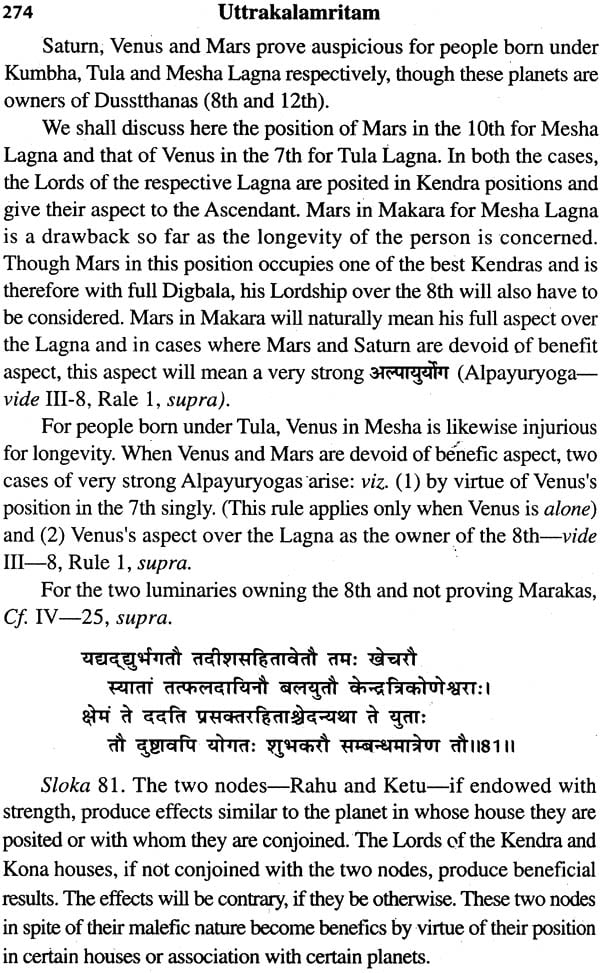 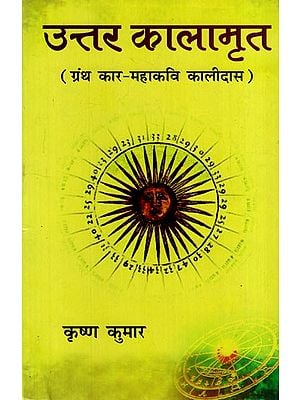 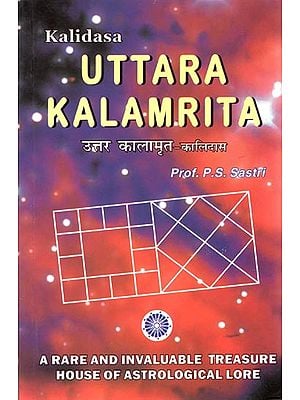 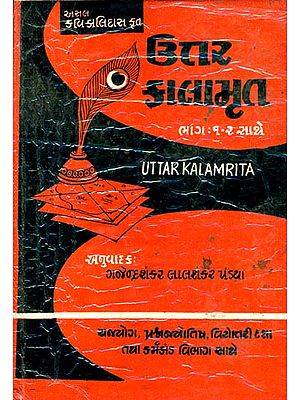 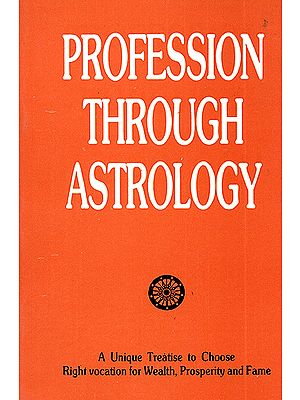 Profession Through Astrology
By O.P.Verma
$13.50 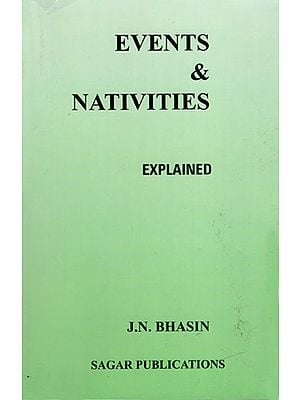 Events and Nativities
By J.N. BHASIN
$19 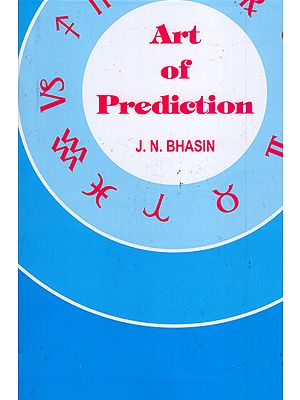