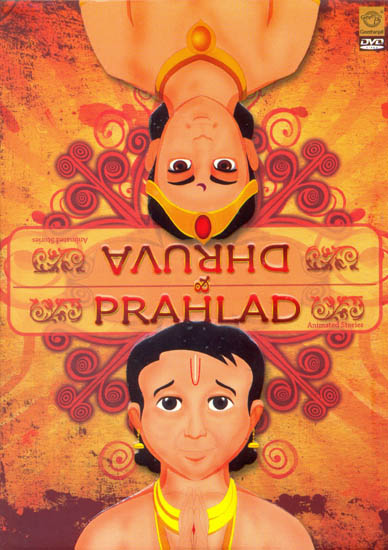 $28
Quantity
Notify me when this item is available
From The DVD
Credits
Developed By: B.P. Infotek
Catlogue No: 10106
Language: English
NTSC All Region
Duration: 60 Min. Approx
Format: DVD
About The DVD

Dhruva
Dhruva was an ardent young devotee of Vishnu, a prince blessed by Lord Vishnu with eternal life and glory as the Pole Star (Dhruva Nakshatra). The story of Dhruva’s life is often told to Hindu children as an example of perseverance, devotion, steadfastness and fearlessness. Denied his father’s love by his stepmother, Dhruva sought the blessings of Vishnu. His steadfastness and devotion won him the grace of the divine sage Narada who instructed him in the path of God. Vishnu was pleased with the boy’s penance and showered his blessings on him. The boy was then received by his earthly father with overflowing love.

Prahaladha
Prahaladha, the child devotee of Vishnu is considered to be one of the greatest saints of God. Hiranyakashipu casts himself as the enemy of Vishnu. He gets great boons from the creator Brahma, and imagines that nobody can kill him. He then proclaims that he himself is God. But his son Prahaladha, tutored in the ways of god-love even when he was in his mothers womb, is living proof of the demons crooked ways. When the demon comes to know of this he tries to kill him again and again but the boy is saved every time by Vishnu. In the final take, as you will see with wonderment in this beautiful animation, Vishnu takes the form of the stupendous man-lion Narasimha and tears the demon to pieces with his nails. Prahaladha is blessed with a long life of piety and rules his people justly. He becomes an example to humanity of a life of extraordinary devotion to God.

Little Krishna: The Complete Animated TV Series (Set of 3 DVDs)
$42
Out of Stock

Krishna and Karna: Krishna and Sudama (Animated Stories) (DVD)
$22
Out of Stock 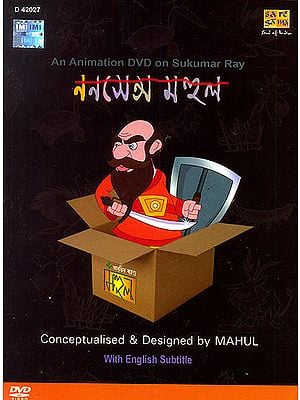