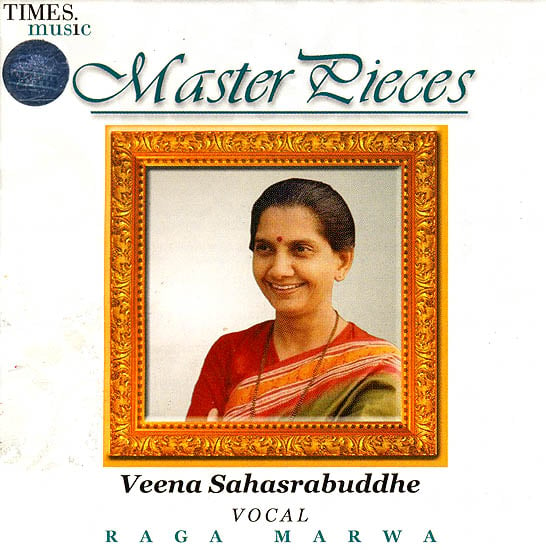 Veena Sahasrabuddhe
Hailing from a family of musicians, Veen Sahasrabuddhe was initated into the Gwalior gharana gayaki by her father Pandit Shankar Shirpad Bodas, disciple of Pandit Vishnu Digambar Paluskar. After years of training under many established Gurus, she emerged as a singer with her own individual style that essentially retains the fundamentals of the Gwalior gharana, but also borrows from the Jaipur and Kirana Gharanas. This has made her singing very distinct and intense. With great flourish she sends the audience in rapture with her Khayal renditions while her bhajans give them a true taste of the divine. She has graced many occasions with her performances, including the Tansen Samaroh in Gwalior and Sawai Gandharva in Pune. She has recorded under several prestigious music labels and has represented India in many music conferences world over. She has been awarded the Uttar Pradesh Sangeet Natak Akademi Award for the year 1993. In Masterpieces , Veena Sahasrabuddhe presents three compositions, a traditional vilambit (slow) Khayal, followed by a medium-tempo composition in teentaal by “Adaarang”- one of the earliest Khayal composers. The final piece is a drut in ektaal composed by Pandit Jagannathbut Purohit “Gunidaas”:

Raga Marwa
A raga that embodies the sunset and the twilight, Marwa is a raga that is said to have originated in the area of Marwar. In this complex raga, 'Re' is komal (flat)' while 'Ma' is tivra (sharp)' and 'Pa' is varjit (avoided). 'Sa' is weak in the ascent. This raga reflects a mood of restlessness because of the very special position of the rishabh in conjunction with shuddha dhaivat. Traditionally it is sung just after the sun has set. It is one of the" sandhiprakash" (twilight) ragas. Going by the melodic outline, it is believed that the Marwa of today is the same as the old Raga Malavi. A slow paced raga, Marwa prominently uses the swaras 'Re' and 'Dha'.

This could be because if 'Ga' or 'Ni' receives too much emphasis then immediately an impression of Raga Puriya is created. Apart from Puriya, Raga Sohini too is said to have the same tonal material as Marwa. Marwa is a raga that paints picture anxiety and expection.