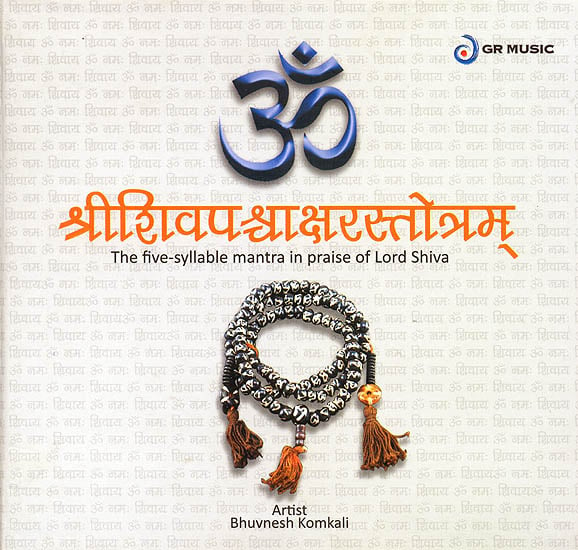 Bhuvnesh Mukul Komkali is the grandson of the legendary Pandit Kumar Gandharva and son of Pandit Mukul Shivputra. Born into a rich legacy of music, Bhuvnesh was destined to be a singer. His musical journey began in infancy under the tutelage of his great forefathers. Surrounded by the sound of an incomparable vocalist tradition since conception, Bhuvnesh grew up with the rhythms and shifting weight of original compositions imbuing his senses. Analytical environment and meditation over the different aspects of Indian Classical Music sharpened his talent and enhanced his artistic personality. Today his musical quest continues under the guidance of Vidushi Smt. Vasundhara Komkali and Pt. Madhup Mudgal.

The Panchaakshar Stotra is the five-syllable mantra in praise of Lord Shiva. Namah Shivay in one of the foremost mantras and has such power that mere intonation of these syllables purifies the soul and brings peace within. Each stanza starts with the five syllables-Na Ma Shi V and Ya. These five syllables are preceded by the mystical syllable ’Om’ and its chanting is considered auspicious.

The mantra which was composed by Sri Adi Shankaracharya has been soulfully rendered in this album by Bhuvnesh Komkali, grandson of Pandit Kumar Gandharva. He has also sung Mahamritunjaya Mantra, Known as the great Death- Conquering Mantra.