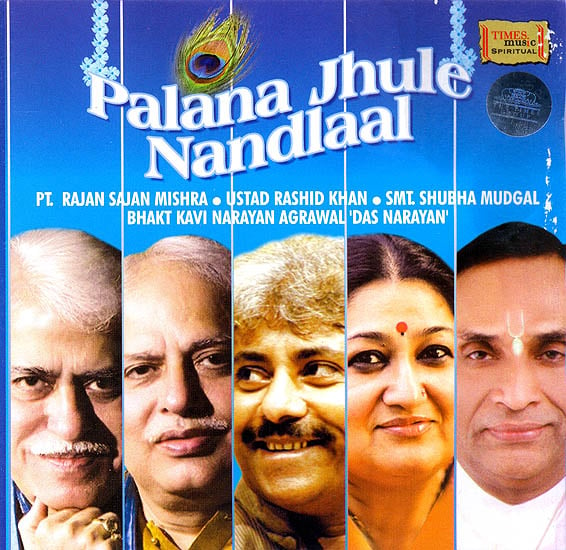 Bhajan Ratna Kavi Narayan Agrawal ‘Das Narayan
In this modern Era Bhakt Kvai Narayan Agrawal ‘Narayan’ has been recognized as a popular respectable writer (lyric) of the Sant Sahitya tradition. He only writes Bhajans. Top classical artistes like Pt Bhimsen Joshi, Gaan Srarswati Kishori Amonkar, Pt Jasraj, Pt Rajan Sajan Mishra and Dr. Balamurali Krishna have already lent their Voice to his Padas. The top most classical artistes have found the Bhajans of Shri Narayan Agrawal the most ideal for bhakti, and have preferred to give sure to it. According to the Satvik and Vaishnav Parampara Kavi Narayan’s lyrics are full of pure dedication and rich in ‘Das Bhav’. Kavi Narayan Agrawal has been honored with the Title of ‘Bhajanratna’ by the Government of India and has been felicitated for this beautiful work. Dr. Balamurali Krishna has created a New Raga ‘Raga Mohan Gandhi’, for which again Shri. Narayan Agrawal’s poetry was Chosen

Shubha Mudgal
Born in 1959 is a well-known Indian singer of Hindustani Classical Music, Khayal, Thumri, Dadra, and popular Indian Pop music. She has been awarded the 1996 National Film Award for Best Non-Feature Film Music Direction for Amrit Beej’, the 1998 Gold Plaque Award for special Achievement in Music, at the 34th Chicago international Film Festival, for her music in the film Dance of the Wind(1997), and the Padma Shri in 2000. She continued her musical education under Pandit Vinaya Chandra Mudgalya at the urging of her first guru. Her training continued under Pandit Vasant Thakar in Delhi, and more informally with other established singers such as Pandit Jitendra Abhisheki, Naina Devi and Pt. Kumar Gandharva. In the 90’s, she started experimenting with other forms of music, including pop and fusion varieties. She says. “ I believe in music. Khayal and Thumari are my favourites, but that doesn’t mean I should not experiment with other forms, why should I curtail my musical urges?” in addition to her recording and concerts, she also supports causes aimed at lovers of traditional Indian music.

Ustad Rashid Khan
Born in the year 1966 Ustad Rashid khan is the Great Grandson of the Founder of Rampur-Sahaswan gharana, Ustad Enayat Hussain Khan Saheb . Rashid gave his first performance at the age of eleven and in the very next year performed at the ITC sangeet sammelan at New Delhi. He has not looked back since. He has been felicitated with the Rashtriya Kumar Gandharva Award’ by the Government of Madhyapradesh. He has also been awawded the ‘PADMASHREE’ by the President of India & The Sangeet Natak Academy Award’. He has developed exceptional expertise in the slow elaboration of vilambit Khayals and the use of sargams and sargam taankari. His taankari ia as powerful and variegated as any of his predecessors. He is also a master of the tarana like his guru. His mastery of all aspects of tonal variations

About the CD
Contents
Add a review
Have A Question