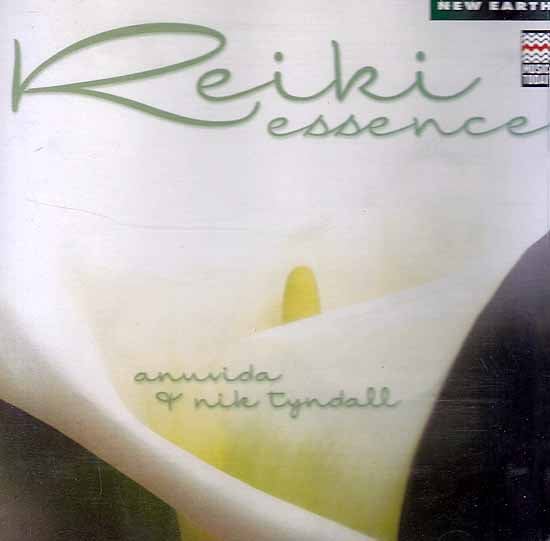 $27.50
Quantity
Notify me when this item is available
About the CD

Nik Tyndall began his interest in Cosmic Music in 1972 when he began building his own synthesizer systems and became interested in eastern cultures and meditation. By 1975 he completed building his own electronic studio and released his first album. By the mid 80’s he continued to release his own recordings as well as compose soundtracks for film and television. Nik has released over thirty albums with his special brand of electronic space music

Anuvida began experimenting with rock and acid jazz music in the seventies. In 1977 he traveled to India and discovered and began working with electronic music from then on Anuvida began touring with different bands throughout. Western Europe playing this new style of electronic music. In 1988 Anuvida built his own electronic harp like instruments the Kiboo Anuvida’s Kiboo playing mela’s beautifully with Nik’s compositions.

In Berlin in 1994 Anuvida and Nik Tyndall met each other at the bar of the famous nightclub “Far Out” talking about music meditation and producing music they noticed very soon that they had many things in common. They decided to produce a CD where the Kiboo would be featured. The Kiboo lends a very unique sound to musical compositions. This quality appears by using a few electronic devices like delays and chorus to produce bouncing notes and creates wave like cadences and cascades. The result of their collaboration was their album together. Reiki healing Hands which was released by new earth Records in 1995. Their second CD Reiki touch of love was released in 1999.

The many positive review’s and recommendations from several Reiki masters inspired this third collaboration between Anuvida and Nik. Reiki essence is designed to support Reiki massage, meditation, mindfulness wellness and other relaxation and healing activities. The inner quality of the deeply relaxing music can perfectly stimulate the heart chakra. The peaceful style of the composition open musical landscapes to the listener making then feel at ease present and comfortable.

The Kiboo is a divine gift which I had the pleasure to build. It is an amazing instrument which can sound like water flowing form a sparkling well

Riel: To Honor and give respect
Ki: The Universal energy

Reiki is a Japanese healing art. The word Reiki is often translated as universal life force energy. It is this energy that is channeled through the hands of a Reiki practitioner to facilitate the healing process. It may be used alone or in conjunction with other healing methods. Music is one particulars powerful facilitator and Reiki Essence is specially designed to accompany the practice of Reiki.

Dr. Makeo Usui re-discovered this very old healing technique hidden in Tibetan sutras in the late 1800’s. Since then there have been many schools and different interpretations of Reiki. The tradition was passed through several grandmaster of Reiki such as Dr. Chyiro Hyashi, Hawao Takata and Phyllis Lei Furumoto. There are many forms of Reiki being practiced today.

I believe there exists One Supreme Being the absolute infinite a Dynamic force that governs the world and universe. It is an unseen spiritual power that vibrates and all other powers fade into insignificance beside it. So therefore it is absolute! I shall call it Reiki being a universal force from the great divine spirit it belongs to all who seek and desire to learn the art of healing.

Anuvida and Nik Tyndall musicians with a unique feeling for mood and sensuality have produced another musical artwork for use accompanying Reiki Meditation massage therapies or other healing arts practices. Music for the relaxation of your mind body and spirit.