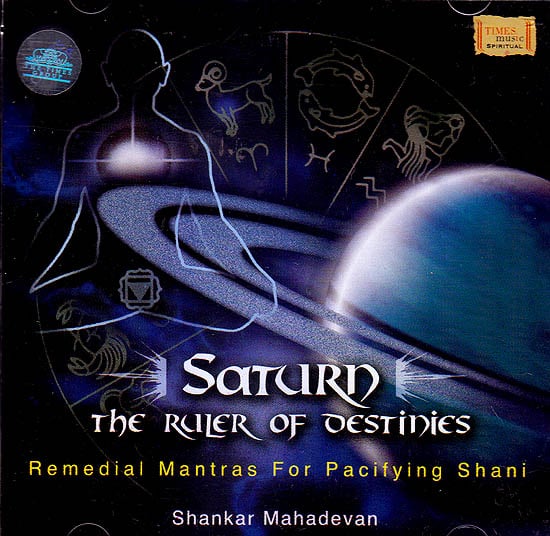 $28.00
FREE Delivery
Quantity
Ships in 1-3 days
Notify me when this item is available
About the CD

Guided by the laws of karma out actions create consequences. If we perform good deeds we reap pious benefits. If we perform ill deeds we reap out just returns. According to our sacred Hindu scriptures, Shani Dev represented by the ringed planet Saturn keeps the account of our deeds. He keeps an eye on our deeds and accordingly showers on us reward or wrath. Our deeds of not only this birth also those of the births are taken into consideration. The claws of the Shani tend to clasp on our neck stronger on certain years then the rest.

According to Numerology the year 2006 adds up to the number 8 (2+0+0+6=8) Since number 8 is ruled by the planet Saturn (Shani) this year is likely to be affected by its power. Though this planet is believed to unleash an array of troubles losses delays and misfortunes this may not always be true. Saturn does present obstacles in our path but if we learn to tackle these obstacles with tact and courage we can transform these not so beneficiary situations into beneficiary ones. Saturn teaches us that life’s path is not smooth and could be packed with thorns on every step. It teaches us to be patient strong and determined to reach our goals thus enhancing our personality. Being the most complex sign in the zodiac most of the other planets reveal their negative or problematic side when merged with Saturn. Yet when Saturn is in a beneficent position its rewards are more enticing and substantial than those of the other planets.

When Saturn is malicious and slaps us with a severe penalty for our own misdeeds we must accept responsibility for our actions and prepare to appease him by pleading forgiveness. In this album we present a collection of remedial mantras such as Shani Gayatri Shani Beej Mantra, Shani Namavali, Shani Chalisa amongst others that invoke Saturn thus controlling the shower of his negative power on us. Sung by Shankar Mahadevan these masntras are believed to protect us from the malign powers of Saturn thus enhancing inner rebirth and spiritual growth. Control the ruler of destiniest.