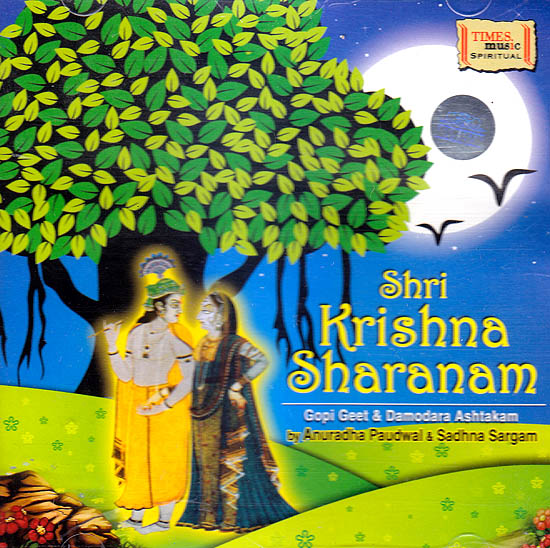 Beautifully suffused with the mellow voice of Anuradha Paudwal & Sadhana Sargam this album Sri Krishna Sharanam is yet another piece of gem in devotional music.

Gopi Geet is the gopis song of separation and union listening to Gopi Geet Brings about union with our soul, beloved one from whom we have been separated the devotee and Lord. After Krishna and the Gopis meet for the rasa dance Krishna Disappears. The gopis search for their beloved everywhere but do not find him. Returning to the bank of the Yamuna the gopis sing eagerly hoping that Krishna would come back. Gopi Geet illuminates the glories of the transcendental maidens of Vraja especially of Srimati Radharani the Supreme Feminine personality and the embodiement of the supreme lord Sri Krishna’s pleasure potency. Anuradha Paudwal the most talented singer in devotional music has sung this melodious composition in her fascinating voice.