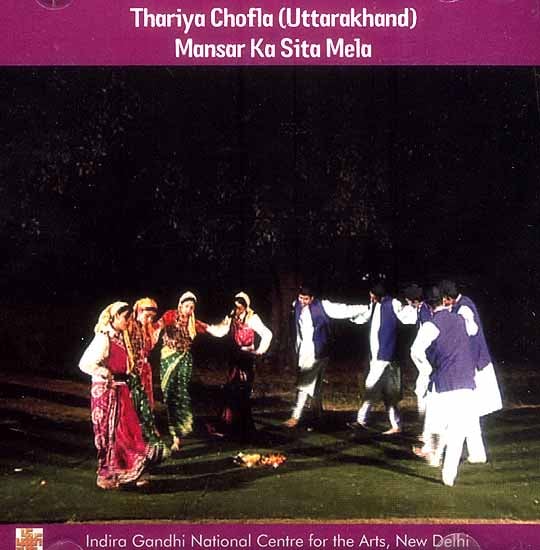 $28.00
Notify me when this item is available
Save to Wishlist Send as E-card Share by Email
From the CD

Thariya Chofla is the prominent folk song or lok geet of Garhwali people and its singing begins on Basant Panchami – the festival that signals the coming of spring and comes to a close on Baisakhi, with a feast. The slow, rhythmic, melodious song is accompanied by dance, by both male and female actors, usually in groups of six men in similar dress and six women in different colourful dresses. It is a tribute to the coming of the new year, which symbolizes blossoming of life, and commencement of agricultural activity. The song is dedicated to all gods and goddesses and includes Ram Parivar (Family).

The people of Pauri region believe that Garhwal Himalayas are the abode of gods and goddesses. They have a chain of Lakshmi Narayana temple, made of locally available stone, with frescos on the wall. They believe that Sita belonged to the region and even identify the village where he parental home was. They celebrate Sita’s return to her home, when Rama comes personally to take her back. A very fetching way of celebrating the event.