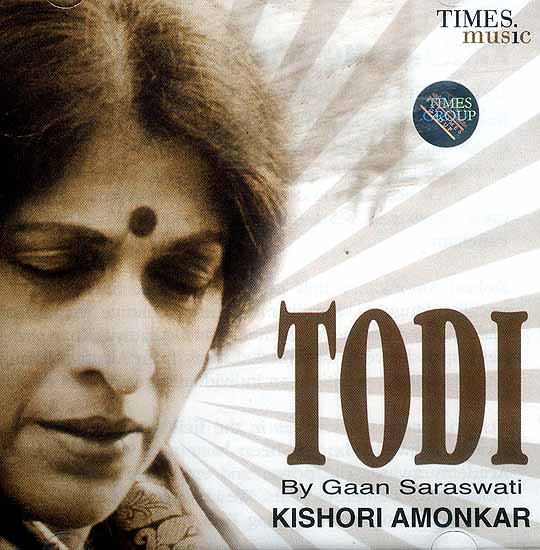 Kishiri Amonkar Renders Raag Todo
Traverse on a journey of musical ecstasy with Gaan Saraswati as she renders Raag Todi.
Raag Todi, a morning melody, also known as Miya ki Todi, expresses both heroic and devotional moods and is best heard in the quiet, early hours of the dawn, in loving memory of a dear beloved. It is a Raag composed by Miya Taansen that has given rise to twelve variations, such as the Ahiri Todi, Bilaskhani Todi and the Gujarri Todi. It has six notes in the ascent and seven notes in the descent. The Raag begins with Alap, Jod, and Jhala, followed by two compositions set to a rhythmic cycle of sixteen beats known as Teental. What makes this Raag extremely is the beautiful use of the swar Pancham.

Kishori Amonkar, widely considered as the finest female vocalist of her generation, was born in 1931, to the renowned vocalist Mugubai Kurdikar. In her formative years Kishori Amonkar imbibed the approach and repertoire of her distinguished mother’s teacher Ustad Alladiya Khan, who belonged to the Jaipur Attrauli Gharana. As her own style developed however she moved away from Alladiya Khan’s Jaipur Gharana style in certain facets and developed her own unique style of rendition, an individualistic variant of the Jaipur idiom.

Kishori Amonlar's services in the field of classical music have been recognized not just with the public accolades, but awards as well. She has been honoured with a Padma Bhushan by the Government of India and the Sangeet Natak Academy award. The power and emotional appeal of her music has kept her in the forefront of classical music lovers thoughts for numerous years. We invite you to merge into this sea of sound and music with Kishori Amonkar as she renders the enlightening morning Raag Todi.