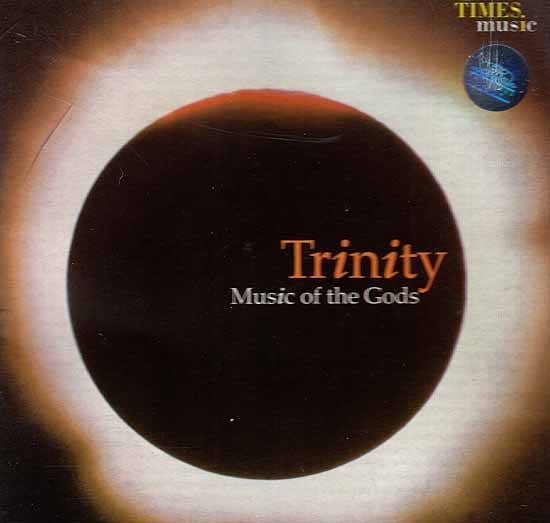 Trinity - Music of the Gods

The three aspects of God represented through the Hindu “Trimurti” (Trinity) are an embodiment of the supreme, impersonal, eternal and universal spirit, Brahma the creator, Vishnu the preserver and Mahesh (or Shiva) the destroyer, Destruction, in this sense, is more about renewal - or the dismantling of older structures to make way for the new, Hence Shiva has strong associations with man’s creative instincts. Indian classical music, it is believed, was almost solely the domain of the gods and is said to appeal to humans because of its proximity to God, or the Universal Soul.

This album, “Trinity”, is a symbolic tribute to that universal soul, or “World Spirit”, culminating in a trinity of its on: three distinct faces of the evergreen. All-time favourite raag, Bhairavi, which is depicted here in three unique ways through compositions that give this raag its eternal qualities. These compositions of Bhairavi are given a tripartite treatment through three “King” instruments. Shehnai (which gets its name from the Persian world “Shah”, meaning King and “Ney” meaning flute), the Bansuri or bamboo flute which is closely associated with Lord Krishna, and the Sitar, the best-known Indian classical instrument outside India. These three instruments end the finale of the album by merging into one. Symbolically alluding to the many facets of the three main deities as ultimately representing the ONE.

“Trinity” also presents a unique collection of some of the best-loved “Bandishes” (song compositions) in a number of important classical raags. There are old favourites like Raag Bihag, Kedar and Rageshree while Jansamohini and Charukeshi are brand new compositions. Pilu and Kafi. Better known for their romantic “thumri” (light classical song) styles, are given a somber, devotional flavour while still retaining the effer vescent spirit of the thumri.

“Trinity” is a studio recording at which all the musicians gathered and played together - a rarity in itself since these days, more often than not, it is usual for each musician to perform separately and for an engineer to mix the tracks afterwards. The result can sometimes be a bit sterile since there is no personal interaction or mutual inspiration between the different musicians.