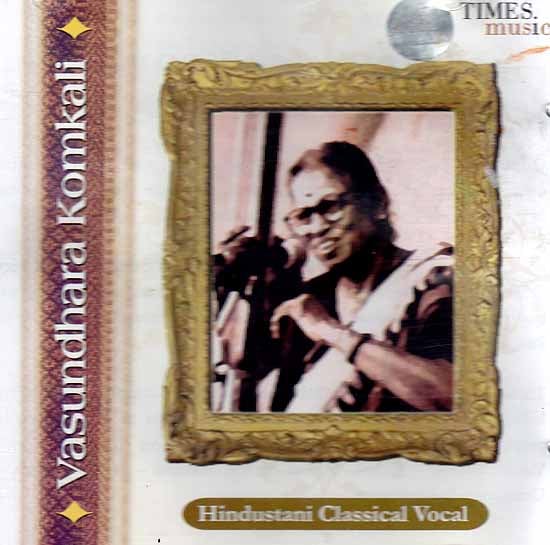 One of the leading female vocalists of the country, with a rare and extraordinary voice, Smt. Vasundhara Komkali is the true representative and heir to the Gayaki of the Late Kumar Gandharva.

She was born in Calcutta and encouraged to learn music from her very childhood. In 1946, she came down to Mumbai and initially trained under Professor Deodhar, a doyen of Gwalior Gharana and disciple of Pandit Paluskar, for more than a decade.

Vasundharaji was not only the silent force behind the success of Pandit Kumar Gandharva’s musical career, but also lent able support and contribution to the success of his concerts.

Vasundharaji is a regular broadcaster of AIR and Doordarshan and is a leading soloist in her own right. She has solo albums released in her name, which have established her stature as an able torch bearer of the glorious tradition of the music of Pandit Kumar Gandharva.