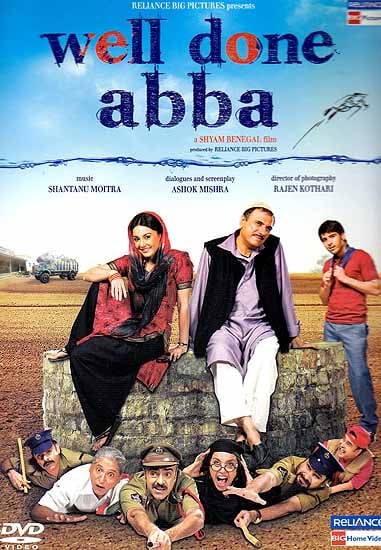 $22.50
Notify me when this item is available
Save to Wishlist Send as E-card Share by Email
From the DVD

Well Done Abba is the story of Armaan Ali, a driver working for a Senior Executive in Mumbai, who goes on leave. He wants to find a match for his teenage daughter, who stays with his brother Rehman Ali and his wife Salma. When Armaan returns to work after 3 months his young employer wants to sack him.

But Armaan Ali has a story to tell. The story he tells is a hilarious account of the events and happenings that delayed him from returning after a month. He avails a government scheme to dig a well in his agricultural patch. Things spiral out of control so much so that the Government is about to collapse! The question remains, how true is this compelling story!

Includes Making of the Film